10 Things About Charlotte That Confused a Transplant

From purple streetlights to crabs to lingering NASCAR fanaticism

I grew up in Goldsboro and attended UNC Chapel Hill before I moved to Minneapolis in 2017. In January, I relocated to Charlotte. As a native North Carolinian, I expected to make sense of most things in Charlotte.

I couldn’t—not without some research. Here are 10 things about Charlotte that perplexed me when I arrived, and (if available) their explanations.

What in the ever-loving Barney-grape-Kool-Aid-Purple-People-Eater hell is going on with the streetlights? Does Truist sponsor public infrastructure now? As I drive through my subdivision, I’m suddenly on the set of Purple Rain or, much less desirably, some apocalyptic horror flick. It’s eerie, not to mention more difficult to see in. (Charlotte drivers needn’t any reason to drive more dreadfully.)

In September, a spokesperson for Duke Energy, which maintains the Carolinas’ 936,000 streetlights, explained to WFAE that a defective batch of LED bulbs causes the violet hue. When they were installed, the bulbs were white. But over time, the white lights, which combine all the colors on the spectrum, lost their red and yellow phosphors, which left purple-blue light. 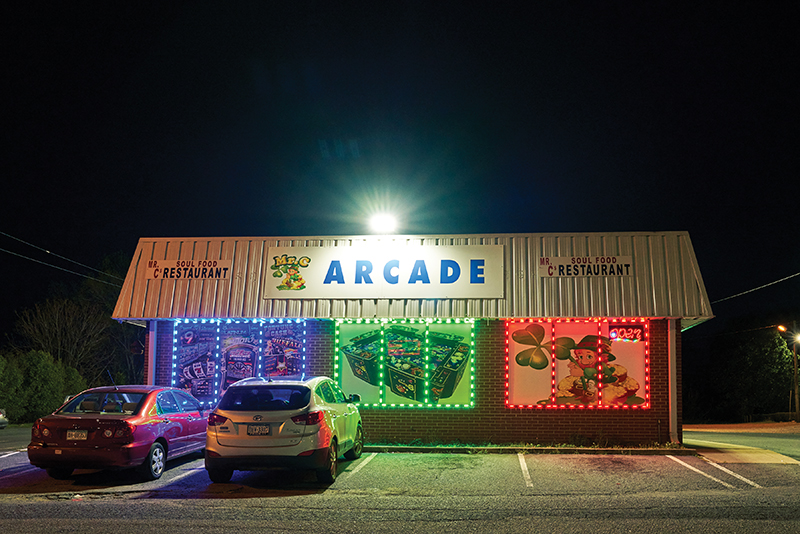 ➋ Arcades on every corner

In my first days driving around Charlotte, I was struck by the prevalence of “arcades” that advertised “skill games.” At first, I assumed Charlotteans were big nerds for barcades. The answer is murkier.

Gambling and games of chance are illegal in North Carolina, but a special agent in charge of the North Carolina Alcohol Law Enforcement’s Gaming Section told Axios Charlotte that these arcades try to get around the law by claiming the games require skill. Axios reported that they require little to none, and that many arcades illegally dispense cash and gift cards to winners. Axios found that nearly 70% of arcades are in the lowest-income neighborhoods, which raises questions about whether they prey on the poor and why police haven’t enforced the law.

This is utterly horrifying. As an operator of a motor vehicle, every fiber of my being tells me I should stay off the tracks. When I see an approaching train in my rearview mirror, I fire off a stream of panicked expletives until I reach safety. 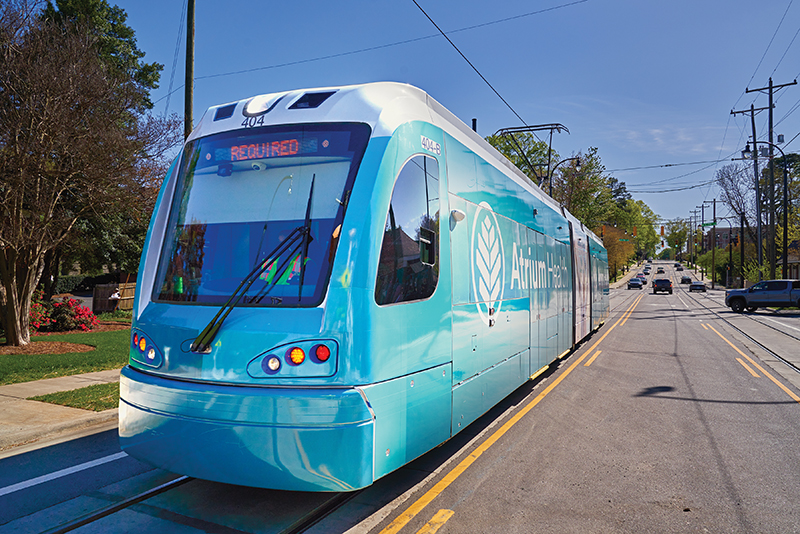 Why so many crab restaurants in a city 200 miles from the ocean? Red Crab, The Juicy Crab, King Crab, Crafty Crab, The Crab Cracker, Yummy Crab. From the outside, they all look the same: generic, chain restaurant-esque, beige buildings with—wait for it—red crab logos. I’ve not yet been brave enough to crack into anything they serve, but I must give them a little credit: Most of the joints have Google review averages above four stars.

Who decided on CLT? The city’s not that hard to find.

➏ Where are all the Charlotte natives?

I know Charlotte is a city of transplants, but I didn’t expect natives to be so rare. I can count on, at most, two hands the people I’ve met since moving who’ve told me they’re from Charlotte. Charlotte historian Tom Hanchett tells me he usually starts his talks to civic groups by asking who grew up in Charlotte. “It’s rare,” he says, “for more than a quarter of the audience to raise their hands.”

When I meet people, they usually ask, “Where do you work?” My friends in work-obsessed cities like Washington, D.C., and New York City talk about this phenomenon, but I didn’t anticipate it from Charlotte.

As recently as the early 2000s, it was more common for Charlotteans to ask where you attended church, says Leigh Dyer, a Charlotte native who covered newcomers and growth for the Observer at the time. (She now directs marketing and communications for Providence Day School, her alma mater.) A shifting culture paired with job relocations likely explains the change, she says.

Last year, the Charlotte Regional Business Alliance found that, from March 2020 to March 2021, 6,500 more professionals on LinkedIn changed their location from another place to Charlotte than from Charlotte to somewhere else. The top two places they came from? New York and Washington.

➑ Where are the craft distilleries?

The Twin Cities indulged my love of craft cocktails and spirits, with 23 craft distilleries in the metro area alone. But I can find only five in Charlotte. Between this city’s love of craft beer and the fact that moonshine has its roots in the Appalachians, I was perplexed.

Michelle Piechowicz, distiller at Great Wagon Road Distilling Co. in NoDa, explains that North Carolina has a monopoly over the wholesaling and retailing of liquor. The Alcoholic Beverage Control Commission sets liquor prices and oversees distribution. So distillers have to ship all their liquor to the ABC warehouse in Raleigh to be taxed and tracked before they can sell it. “The taxation, laws, and legal issues behind being a craft distillery makes it difficult to prosper and make the profit margins that breweries do,” Piechowicz says. “Once you cross into producing higher alcohol, then (the state) wants to get everything they possibly can out of you.”

Even though Charlotte’s been at the heart of the sport since 1949, I expected the city might have outgrown it. Instead, NASCAR evolves with the city. As Steve Goldberg reported in our February issue, NASCAR is entering a new era marked by more diverse owners, drivers, and audiences.

➓ Charlotte is so much cooler than people say

I’ve heard Charlotteans say things like, “Charlotte has no culture,” “We don’t have any great food,” and my personal favorite, “We’re the Applebee’s of cities.” But Charlotte is a much more cultured city than it’s often credited for. It may still have some awkward, teenage tendencies as it grows, but gosh dang, it’s already been a great place to live.