Learn about this 'cathedral to beer'

Charlotte Beer Garden, the much-anticipated, three-story bar and restaurant, opens today at 1300 South Tryon Street near uptown. Owner Niall Hanley calls the 16,663-square-foot structure a “cathedral to beer” and claims the largest selection of beer in the world (Hanley plans to apply for the Guinness Book record this fall). The Garden’s sister concept in Raleigh holds three Guinness Book records: “most different beer brands on draft tap,” “most varieties of beer on draft tap,” and “largest tap takeover.” Here are four things to know about Charlotte’s new beerscraper:

1. The Beer: The selection here is massive: 436 taps on three levels. The first floor has 190 beers, all from North Carolina, plus a cocktail bar for people who for some bizarre reason want something other than beer; the second has 222 taps with brews from around the globe; and the top has 24 taps that aren’t dedicated to any one location or genre. In the six years he’s run Raleigh Beer Garden, Hanley says, he’s learned “to explain how our menu ordering system works. I highly recommend people download the (Untappd) app before they come in. We can’t give you a paper menu because of how often we go through beer. With the system we have, a beer kicks, we update the system, and it updates the Untappd app right there.” 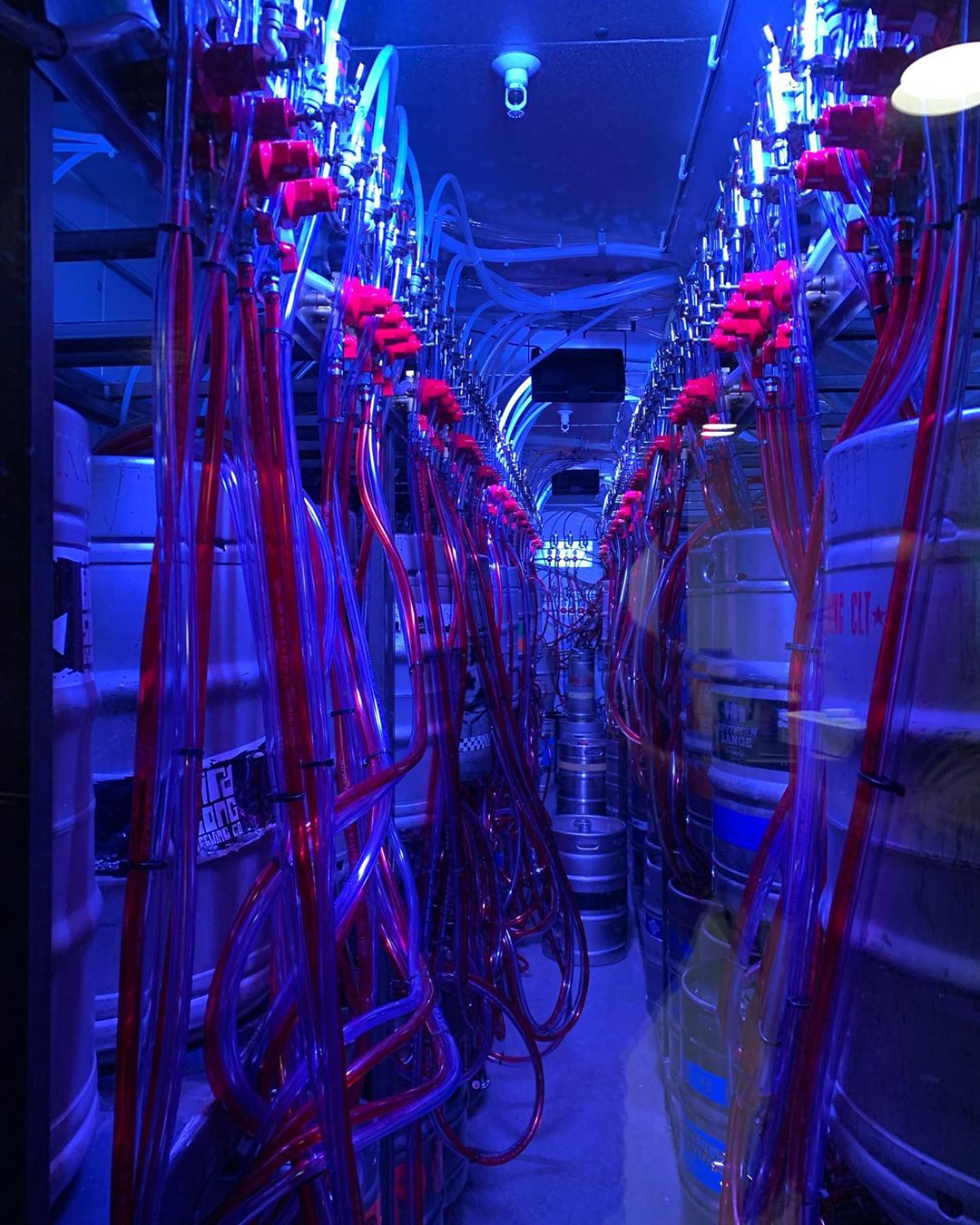 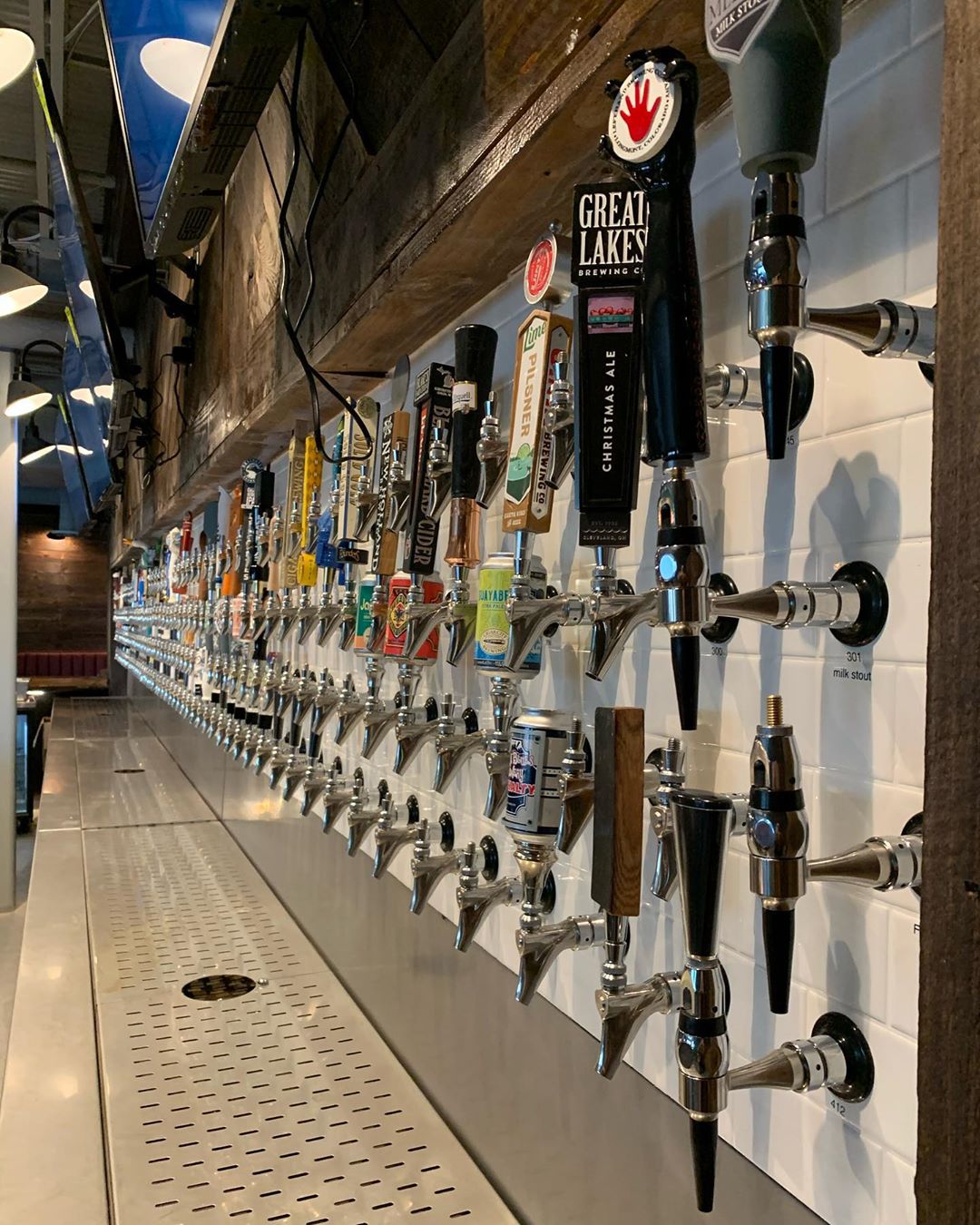 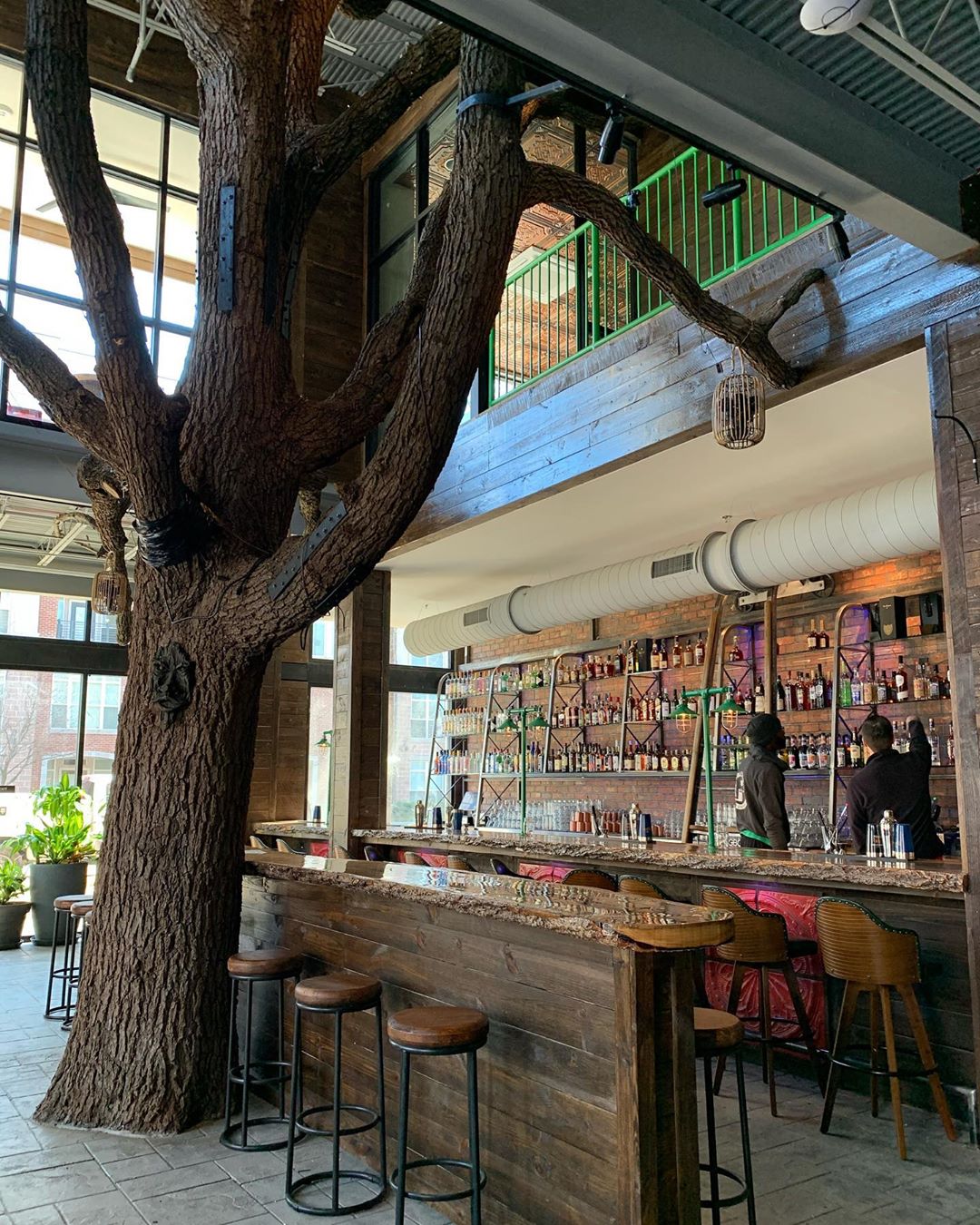 2. The Food: Like the beer selection, the food menu here is broad, with wings and pizzas served alongside German Bangers & Mash, Smoked Salmon Flatbread, and various poutine options. “We don’t have any kind of genre we’re trying to stick to,” says Executive Chef Dan Yeager. “We’re trying to make bar food and make it fun. We have a corn dog inspired by Mexican street corn … We have a BLT salad with mini-grilled cheeses with it instead of croutons.” The food program is also novel in being open until 2 a.m. each night. 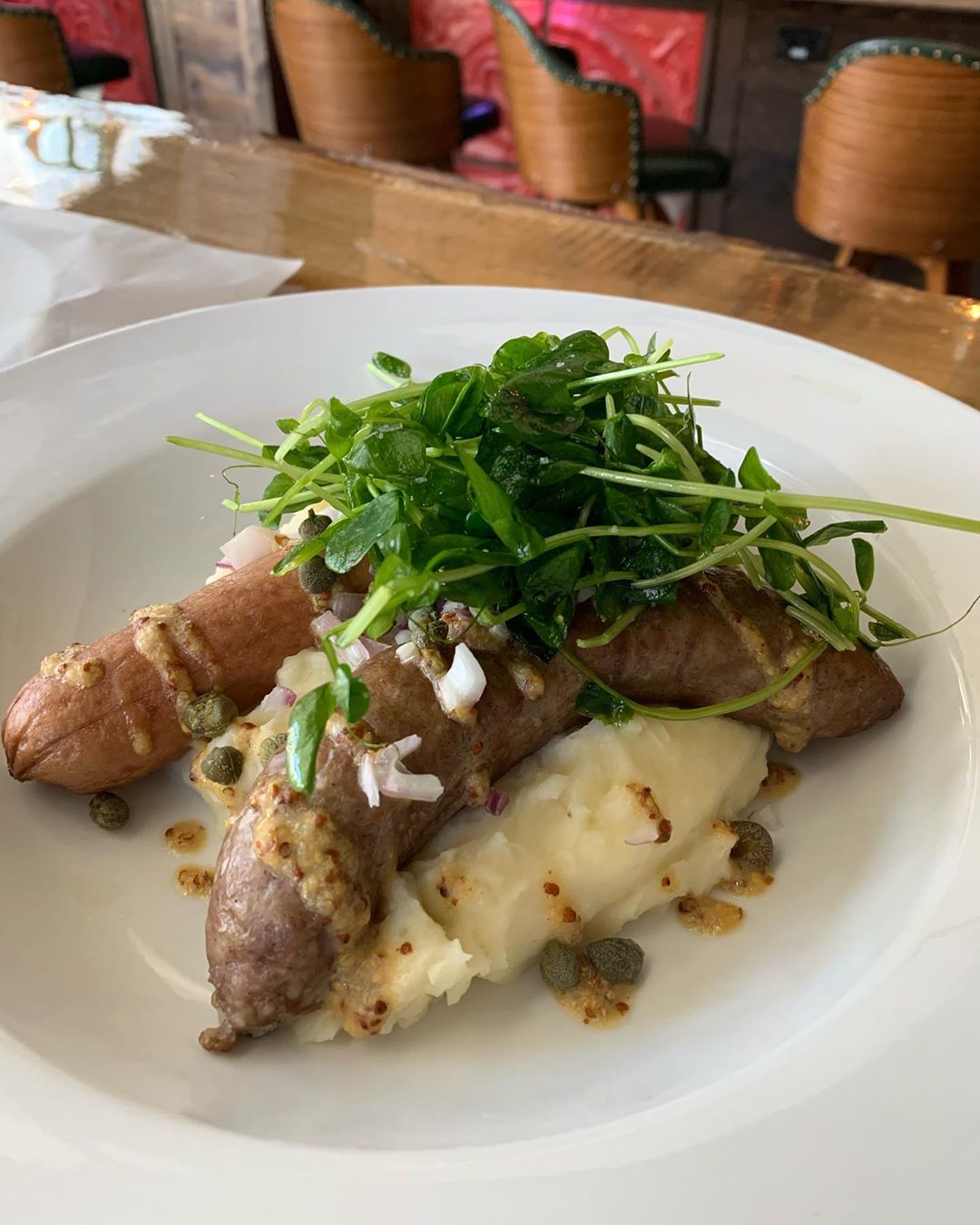 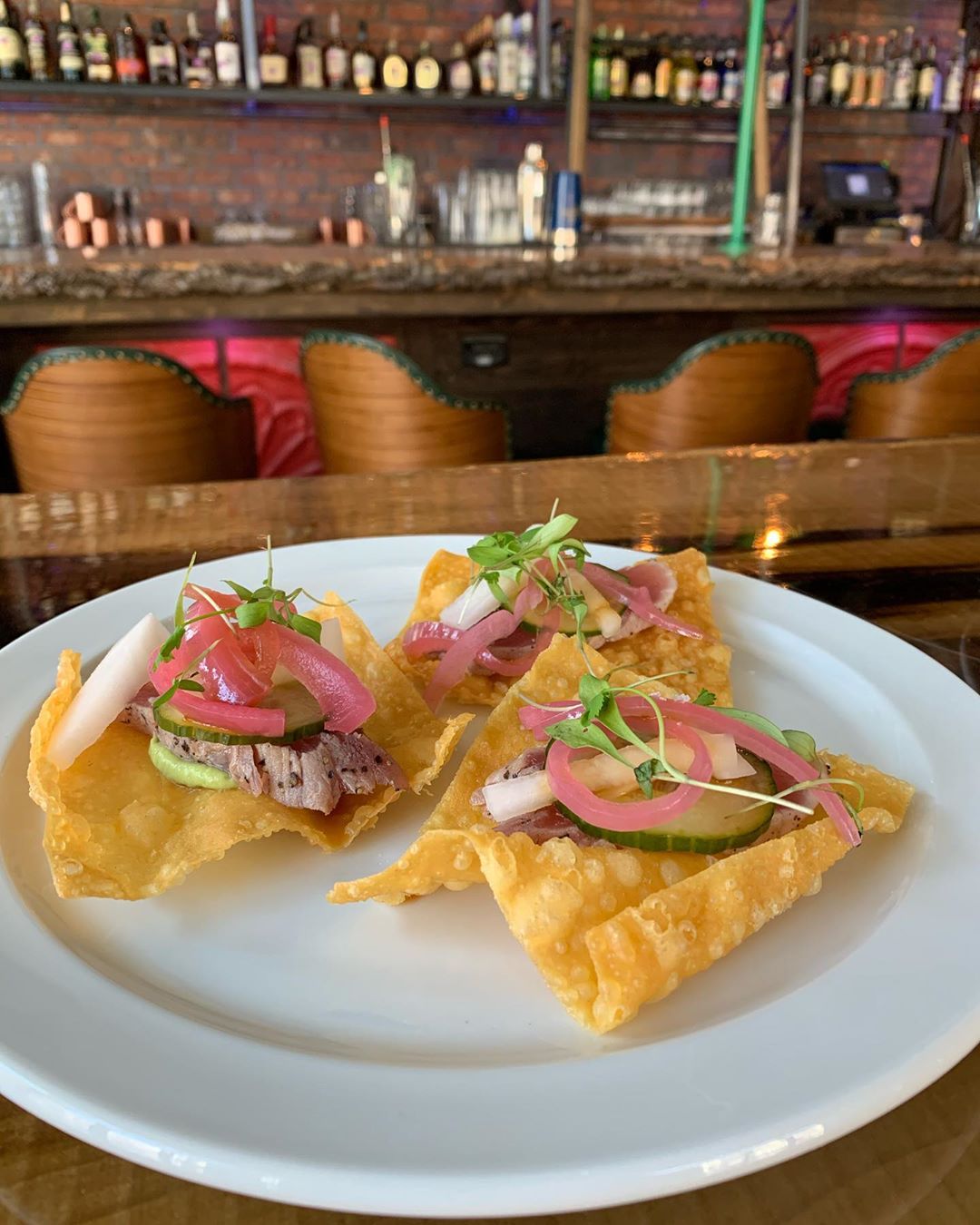 3. The Space: Hanley’s background in studying horticulture shines in each corner of the plant-filled structure. A massive reconstructed tree sits in the middle of the space; wires extending through the space are bare now, but will continue to fill with greenery throughout the life of the concept. Also: Every window panel and door panel opens at Charlotte Beer Garden, Hanley says. “This rooftop in a couple of years will be a complete arboretum,” Hanley says. “Beer: What is it? It’s plant-based; it’s this beautiful product made for thousands of years. And it should be drunk not in a clinical, sterile environment. It should be drunk in a garden.” 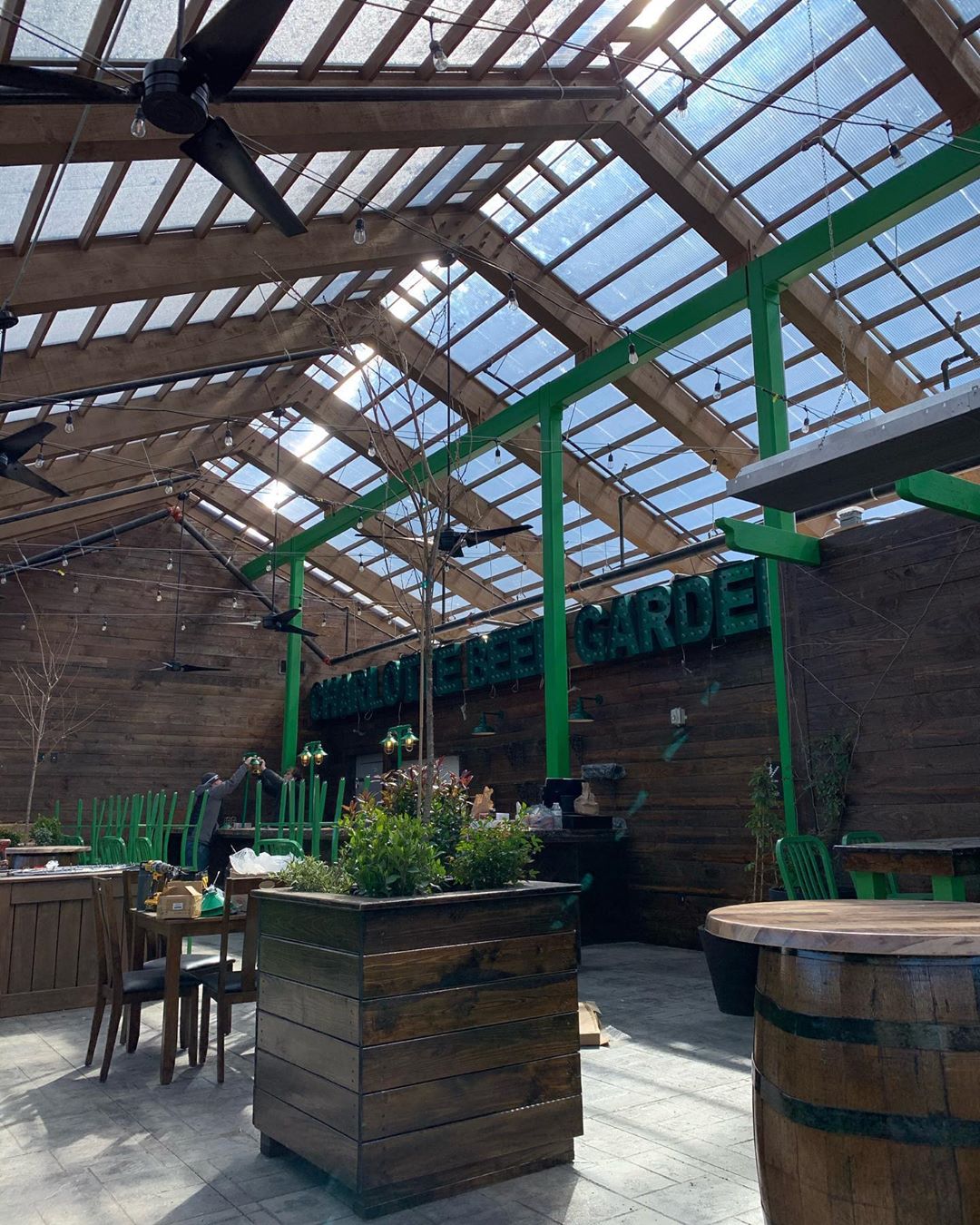 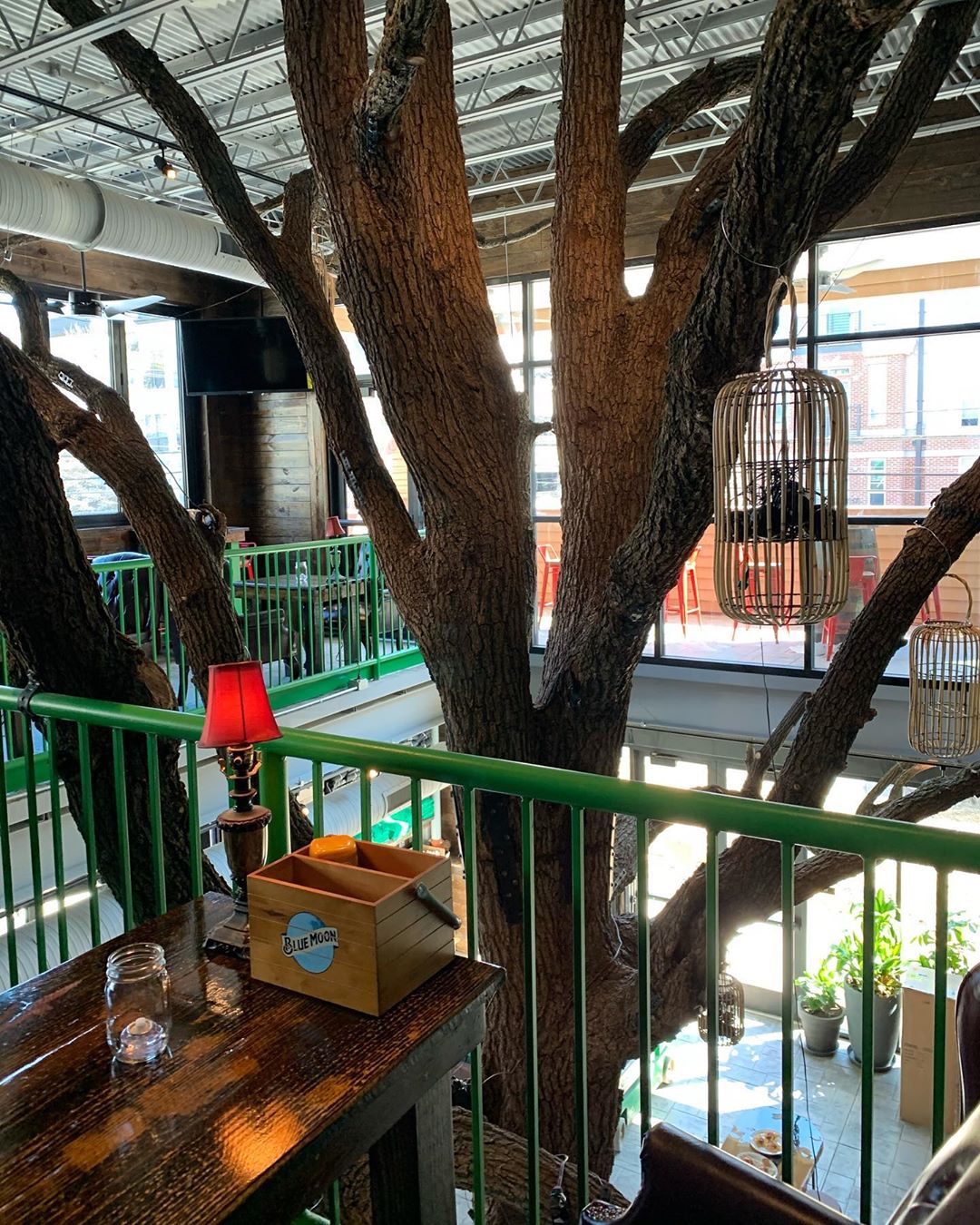