A History of the Bobcats' First-round Draft Picks

As fans anticipate the start of the NBA season—and wonder how much it will be affected by the lockout—we decided to ask Charlotte-based ESPN basketball analyst Jay Bilas, who sits at the broadcast desk each year during the draft, to look back on the team’s past first-round draft picks. The verdict: the Bobcats aren’t the best when it comes to judging potential pro players. 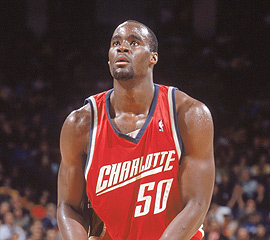 College: Won 2004 national championship; defensive player of the year; graduated with honors.
Charlotte: Was first-ever draft pick for the franchise; won NBA Rookie of the Year; averaged a double-double in points and rebounds all five seasons; launched One Million African Lives Initiative.
Since: Traded to New Orleans Hornets in 2009 and continues to be a starter there.
Bilas says: “I think he was the right choice that year. He’s been solid and a good NBA player, but he hasn’t been a great player.” 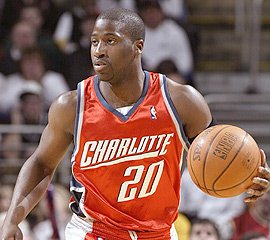 College: Won 2005 national championship; won the Bob Cousy Award for best college point guard.
Charlotte: Averaged 13 points, 6 assists over five seasons; coach Larry Brown rode him hard.
Since: The past year has been a whirlwind—signed with New York Knicks in July 2010, then traded to Denver Nuggets in February, and then to the Portland Trail Blazers in June during the NBA Draft.
Bilas says: “The Bobcats had a chance to trade both these picks to the Utah Jazz and move up to the third slot, which would’ve given them a chance to get either Deron Williams or Chris Paul. I thought that was a huge mistake not to do so. Williams and Paul have proven to be All-Star point guards.” 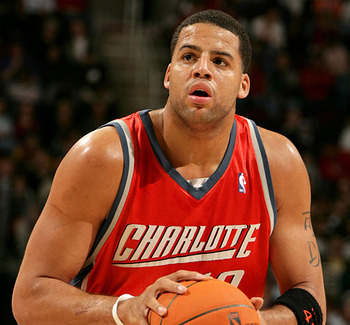 College: Most Outstanding Player of the 2005 NCAA Tournament on the championship-winning team.
Charlotte: Injured two months into his rookie year and would be injury-plagued all four seasons here, including missing entire 2007-08 season.
Since: Played sparingly for the Sacramento Kings for one season; played this past year for Fenerbahçe Ülker, helping the team win the Turkish Basketball League championship.
Bilas says: “He was a washout. He really hasn’t done much as a pro; he was injured and didn’t ever get in particularly good physical condition for the NBA.” 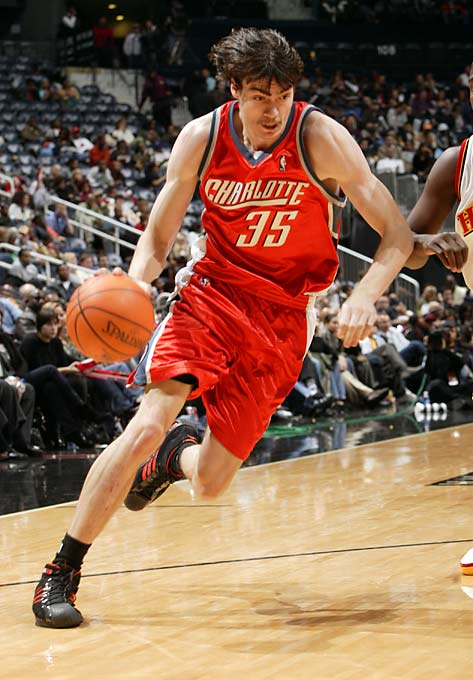 College: Nation’s leading scorer during the 2005-06 season; finalist for the Naismith and Wooden awards.
Charlotte: First player drafted under Michael Jordan’s new role as managing member of basketball operations; shot poorly and struggled defensively his rookie season; missed second season with a torn ACL.
Since: Traded to the Los Angeles Lakers midway through 2008-09 season and would go on to win two championships with the team, though he didn’t play much; hasn’t been signed to any team for the past year.
Bilas says: “This was a curious pick that year. I felt like he would be a good scorer in the league, but couldn’t do anything else. He didn’t guard, he didn’t rebound.” 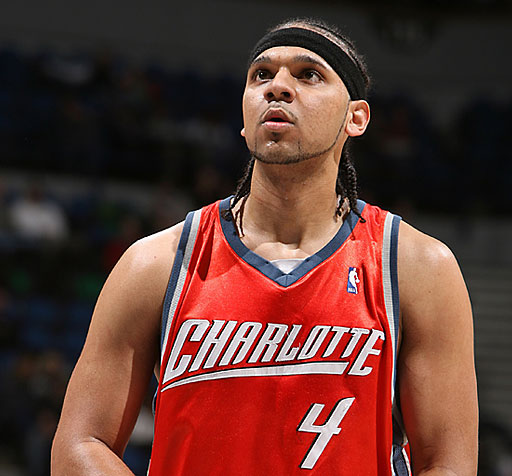 College: A four-year starter; named ACC Player of the Year for 2007.
Charlotte: A solid player off the bench during rookie year.
Since: Traded to the Phoenix Suns midway through second season; has become one of the Suns’ most reliable reserves, averaging 10 points, 4 rebounds last season.
Bilas says: “He’s been a good pro as a role player. With the twenty-second pick, you don’t expect to get a starter.” 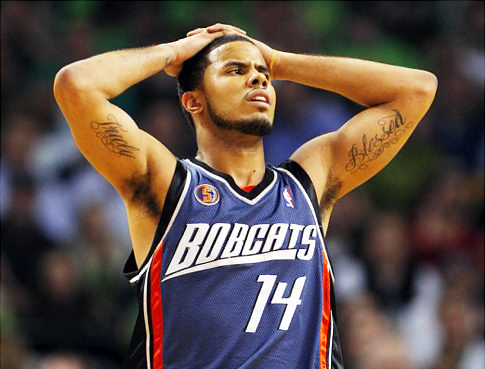 College: Part of an exciting freshman class at Texas along with Kevin Durant; won the Bob Cousy Award his sophomore year.
Charlotte: Played backup to Felton for two seasons; last year was the starter, averaging 14 points, 6 assists per game.
Since: Entering final year of contract with Bobcats; faces new competition from highly drafted rookie.
Bilas says: “He’s had a nice career so far, and is a good point guard. But what I thought could’ve been better: Brook Lopez [a center] was the second-best prospect in that draft and lasted all the way to ten.” 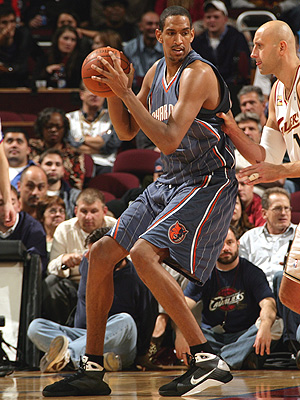 College: Didn’t play college, but played for club teams in France, where he was lauded for his enormous wingspan, shot blocking, and passing.
Charlotte: Played very little during his rookie season; was sent to play in the NBA Developmental League during second season.
Since: Before start of third season was traded to the Dallas Mavericks, then midway through that season traded to the Toronto Raptors, where he played about 10 minutes per game.
Bilas says: “He was a major project and it was going to take a while for him to pan out, if at all, and he hasn’t panned out at all. There were guys who were more polished and prepared to play that were drafted behind him.” 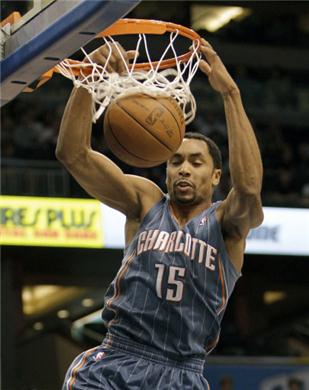 College: Led team in scoring with 16 points per game during junior year.
Charlotte: Saw limited playing time his rookie year; minutes and field goal percentage increased during second season as he averaged nearly 10 points a game and was shuffled in and out of starting lineup.
Since: Might be the starting shooting guard when this season begins.
Bilas says: “That was a solid pick. The issue with him though was whether he had a good feel for the game, because athletically he has all the tools to be a good NBA player.” 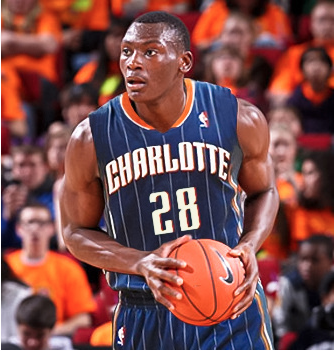 College: No college, but has played professionally since age fourteen, beginning in his home country of Congo; only nineteen years old (some question if this is his real age, but there’s no evidence to dispute it).
Charlotte: Bobcats staff was among the more than 100 NBA scouts and executives who came to watch him work out during the weeks leading up to the draft.
Since: Bobcats are negotiating a buyout of his contract from his Spanish team in hopes that he will play in the NBA this season.
Bilas says: “He was a little bit of a mystery man coming in because a lot of people hadn’t seen much of him. He played in the Nike Hoops Summit and had a great game, the first triple-double I think ever for that tournament. He has tremendous potential to be a shot blocker and rebounder; he just doesn’t have any offensive game at all.” 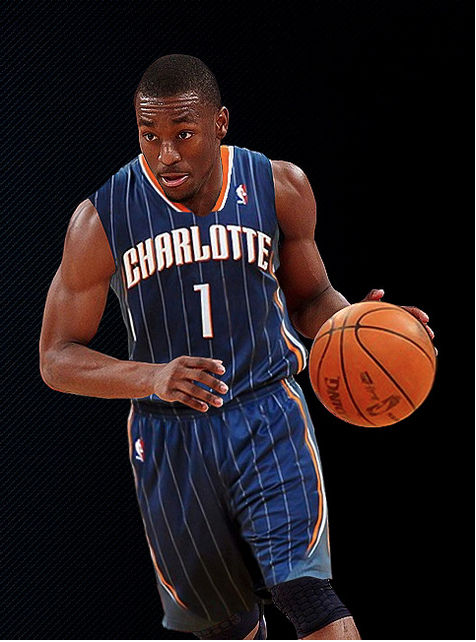 College: Averaged 23 points per game last season while leading UConn to a national championship; won the Bob Cousy Award.
Charlotte: Expected to compete with Augustin for starting job.
Since: Signed a multiyear endorsement deal with Under Armour.
Bilas says: “The only knock on him is that he’s small. But the question is if not him, then who do you take? He’s dynamic, much stronger than he gets credit for; he’s a terrific leader and a fearless player, but he’s six feet tall, and size does matter in this league.”

This article appears in the October 2011 issue of Charlotte magazine.
Categories: Feature, Sports, The Buzz
Contest of the Month