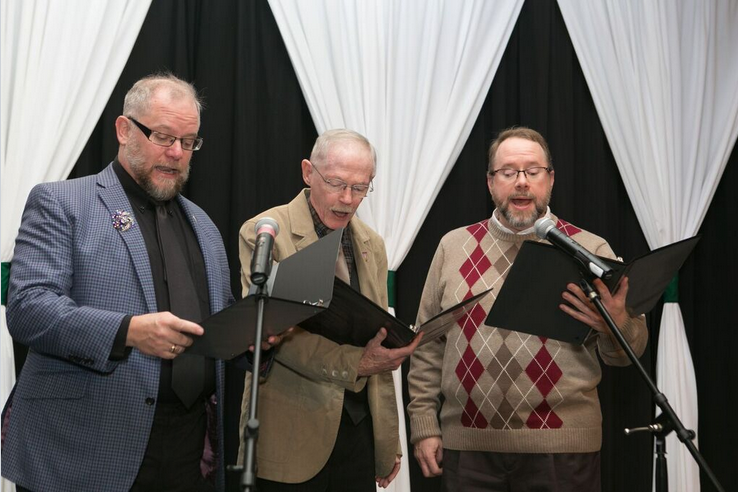 The Gay Men's Chorus of Charlotte performed "A Not-So Dicken's Charlotte Christmas Carol" at our Charlotteans of the Year Awards Luncheon. They wrote a parody recapping events in Charlotte in 2016. See the lyrics below.

To the tune of “God Rest Ye, Merry, Gentlemen”

The House got busy passing
The law called HB2,
Now Pat is out of office
So he’s got time to stew.
And toll lanes going everywhere
Which we all think’s cuckoo.
And did you know we’re on TV,
Because of where we pee?
Did you see that we’re on national TV?

Categories: #discussclt
Contest of the Month