A UNC Student-Athlete Who Was a Student

Another bombshell dropped on the UNC athletic department this week, but Panthers safety Tre Boston is different from those in the latest report.

For nearly two decades, more than 3,100 students, many of them athletes, took fake classes at UNC. The latest bombshells in the athletic department's academic scandal were dropped Wednesday in a report commissioned by the school. 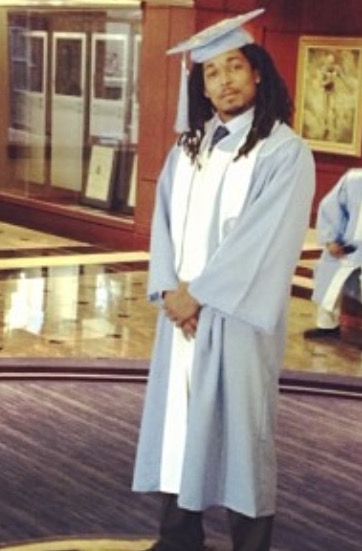 But during the same timeframe, tens of thousands more students—and athletes—went to the proper classes and earned legitimate degrees, including Panthers rookie Tre Boston.

“I had to take a lot of classes by myself, with no other athletes in class," the safety said Wednesday. "Usually you get people who say, ‘Oh, you took an all-athlete class. That’s an easy class.' No, I was one of the guys who took classes by myself with regular students to do what I had to do to get my degree.”

The Panthers drafted Boston in the fourth round of May's draft, five months after his last game with the Tar Heels. It was also five months after he graduated. The 22-year-old, who proudly displays 'UNC Alum 13' on his Twitter profile, graduated in three and a half years. He received his diploma on December 15.

But days like Wednesday, when all get grouped into one, hurt.

"You don’t want to hear this stuff, especially when you get your degree from there," Boston said. "It kind of devalues your degree."

Boston wants to be a sports broadcaster when his playing days are over, and those are just getting started.

He underwent hernia surgery this summer, which set him back, but Boston avoided injured reserve for the season. He was inactive for the Panthers' first five games, then made his NFL debut in Cincinnati.

Last week, late in the blowout loss to the Packers, he made his first NFL tackle.

“Honestly, it was amazing. It may not seem like much, but there’s not many people in the world who can say they have an NFL regular season tackle," Boston said. "It seemed little, but it was a lot to me in my heart.”

The Panthers' defense is struggling, and Boston may soon play a bigger role. On Wednesday, the same day that bad news was breaking on the campus of his alma mater, Boston found himself on the Panthers’ practice field working with the starting unit. (Roman Harper was resting.)

Boston is still trying to catch up from all the reps he missed during the summer and in training camp, but the training wheels may have to come off as soon as this Sunday against the defending Super Bowl champion Seahawks.

“The guys remind me every day that I’m not a rookie anymore. No matter if I’m one thousand reps behind those guys, I’ve got to mature even faster. I’ve got to make sure I can make plays for the team," Boston said. "I can’t think it’s acceptable to be behind because it’s not.”

The rookie sure is a good quote. It probably helps that he has a college degree in communications.