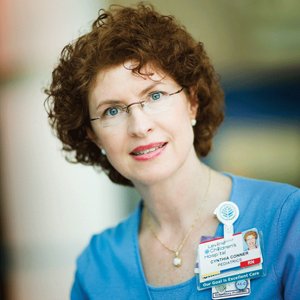 If you're anxious about your child's respiratory health, watch them carefully. For babies, irregular sleeping patterns, difficulty feeding, and a persistent cough that doesn't respond to over-the-counter medications may indicate asthma. For older children, take note of their exercise tolerance. If they're unable to keep up with friends and complain about shortness of breath, they may have asthma. Another sign of the disease is abdominal breathing. "If they're pulling in air between their ribs as they breathe, and using their stomach to breathe, it's not a good sign," says Dr. Mary Lindsay-Barber, a pediatrician at the Center for Child & Adolescent Medicine in Indian Trail. Take careful note of things that repeatedly prompt respiratory problems. They may be your child's asthma triggers, causing swelling, mucus buildup, and the tightening of the muscles around their airways.

If a doctor diagnoses your child with severe asthma, he will need a daily control medication in the form of a steroid inhaler (like Flovent or AeroBid).  Asthma therapy should also include short-term, or "rescue" medications (like Proventil). These are inhaled at the onset of an attack. They prevent the narrowing of airwaves and open up breathing tubes called broncodilators. If your child's asthma is triggered by environmental causes, ask your pediatrician to recommend a local allergist. Allergy shots may greatly reduce flare-ups and allow your child to better enjoy the great outdoors.

Camp Air, a summer day camp for kids with asthma

Since 1996, pulmonary nurses, allergists, and pediatricians have been teaming up with the Charlotte YMCA and the American Lung Association to host Camp Air, an annual summer day camp for kids who struggle with asthma. Held for one week each June at Camp Eagle Rock on Providence Road, Camp Air Care welcomes about twenty-five asthmatic campers a year, ages ranging from six to twelve. The cost is $165, and scholarships are available. "We want to give the kids a regular camp experience, like any other child," says camp volunteer Cynthia Conner, a pulmonary nurse and certified asthma educator with Carolinas HealthCare. At Camp Air, the kids go swimming, learn rock-climbing techniques, and even experiment with archery. Meanwhile, parents rest easy, because respiratory specialists are constantly on hand.

Campers also learn to monitor and manage their own symptoms. Twice a day, they breathe into a peak flow meter. If their peak flow reading is low, they have an indication of an asthmatic flare-up before the symptoms ever kick in. Campers also learn about their prescriptions. The final step is teaching each camper about individual asthma triggers. For this, Camp Air recruits a group of lively child life specialists from Levine Children's Hospital. These specialists have college degrees in play therapy, and they act out skits, demonstrating certain asthma triggers and what to do during the onset of an attack. The approach allows for hands-on learning that a child won't soon forget. "If you sit and listen, you don't learn very well," Connor says. "It helps them to take an active part in their health education."

More than ever, Charlotte kids are feeling the pressure of asthma, a disease that narrows airways and makes breathing a painful struggle. According to Dr. Cheryl Courtlandt, medical director of the pediatric asthma program at the Carolina Medical Center, one in four Charlotte children have frequent respiratory inflammation. Another 10 percent have been diagnosed with asthma.

While these figures are typical for big, urban cities like New York or Chicago, they're surprisingly high for a smaller city like Charlotte. And the numbers keep rising. "The biggest problem is air quality," explains Courtlandt. "Where Charlotte sits in the Piedmont, there's an accumulation of smoke and dust much greater than what would be expected for a city this size. We're in a valley between mountains."

Pollutants are just one contributing factor. Environmental allergens like pollen can cause an otherwise healthy child to develop asthma. And as a disease, asthma is genetic. "If one parent has asthma, there is a 30 percent chance their child will have asthma," says Courtlandt. "If both parents have asthma, that chance raises to 50 percent." Smoke is also a big cause of respiratory irritation, so lighting up around kids is an obvious no-no.