Attention, Charlotte! The Nonprofits Are Now in Charge

Charlotte's traditional business leaders are busy watching the bottom line and testifying before Congress. Which means the nonprofits are running the city. Here's your illustrated guide to the new pecking order 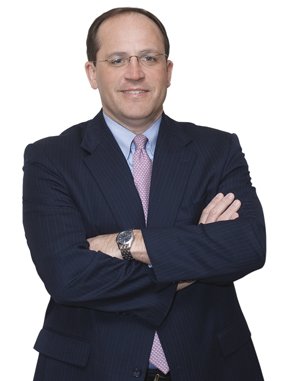 On an early March day that felt like the first day of spring, Ken Thompson called to order the annual meeting of the Foundation for the Carolinas (FFTC). When the crowd realized it was the former Wachovia CEO speaking, a hush fell over the audience of more than 1,000 business and nonprofit leaders. He kept his remarks brief before turning over the podium to FFTC President Michael Marsicano and Executive VP Laura Meyer.

The handoff was apt.

Yes, that was the ground you felt shaking. Charlotte's power structure is in the midst of a major upheaval. Traditionally, corporate bosses have run this town. But for the time being, the Ken Lewises and Jim Rogerses are fighting for their jobs, testifying before Congress, and staring at shrinking bottom lines. Which leaves the nonprofits in charge.

Organizations like FFTC and the Charlotte Chamber and the Arts & Science Council and Crisis Assistance Ministry are pushing Charlotte-centric agendas, even as funding threatens to dry up. They're doing it by using a web of connections to work together. The Chamber, Charlotte Regional Partnership, and Center City Partners meet regularly with Wells Fargo execs to sell them on Charlotte. FFTC and Community Building Initiative are running Crossroads (with funding from the Knight Foundation), a multipronged project designed to get the community to take ownership of Charlotte's future. People who never thought they'd need aid are showing up at the door of Crisis Assistance Ministry, seeking help paying the rent or utility bills. The Arts & Science Council is preparing for the new cultural campus on South Tryon Street even as it retools for the new economy.

"There's some really big questions out there," says Dianne English, executive director of Community Building Initiative. "And our business community … may not be able to address them in the same way. The nonprofit sector can say here are some important questions in terms of where we can look."

On the following pages is an illustrated guide to the most powerful nonprofit players in Charlotte. We show you who they are and how they're connected. Included are CEOs, key executives, and top donors, as well as business leaders who play important roles in the nonprofit community. We did not include healthcare, government, or education leaders. Instead, we focused on smaller, more nimble groups that have missions related to the community at large.

Patrick Graham
President and CEO, Urban League of Central Carolinas
Graham has pushed an aggressive agenda in the urban community

Leon and Sandra Levine
With recent gifts to Urban League and Critical Needs Fund, they are spoken of in hushed tones in nonprof community

Andy Calhoun
President and CEO, YMCA of Greater Charlotte
The Y continues to have tremendous reach

Michael Marsicano
President and CEO, Foundation for the Carolinas
Almost all major civic initiatives flow through FFTC, which is connected to old and new money

Jennifer Appleby
President and Chief Creative Officer, Wray Ward
Marketing guru for ASC, CCCP, and a leader on the rise

Steve Luquire
CEO, Luquire George Andrews
Put the Charlotte Regional Partnership on his back as board chair; UW turned to him in recent crisis.

This article appears in the April 2009 issue of Charlotte magazine.
Categories: Feature, The Buzz
Contest of the Month