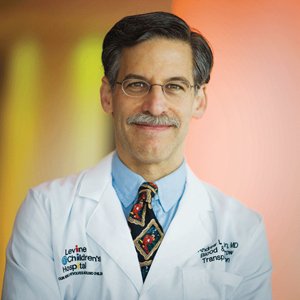 Thirty-three percent of childhood cancer cases are leukemia, which attacks blood and blood-forming organs and starts in bone marrow. Symptoms include paleness, unexplained persistent fevers, bone pain, swollen lymph nodes, and increased bruising. Diagnosis peaks between the ages of three and six, and 80 percent of patients survive, most often after chemotherapy.

Brain and central nervous system cancers account for 21 percent of childhood diagnoses. Symptoms include headaches, vomiting in the middle of the night or in the early morning, changes in school performance, imbalance, and double vision. Survival rates vary based on the tumor type, and treatment often entails surgery followed by chemotherapy and/or radiation.

"Medulloblastoma is most common," says McMahon. "If it hasn't spread and is completely removed, there is an 80 percent chance of survival."

Starting in the adrenal gland, neuroblastoma makes up 7 percent of childhood cancer cases, but it accounts for 15 percent of deaths because some forms are so aggressive. Seven hundred children in the United States are diagnosed with it each year. Symptoms include fever, bone pain, and a swollen abdomen. Most children diagnosed with it are under the age of five, and treatment can involve chemotherapy, surgery, and radiation.

As a man interested in curing children with cancer, Dr. Andrew Gilman says his specialty in performing transplants has been incredibly rewarding. At Levine Children's Hospital this summer, he will launch Charlotte's first pediatric blood and marrow transplant program.

The program will focus on blood and marrow transplants, in which healthy bone
marrow or blood stem cells are transferred from a donor to a patient. Some leukemia patients receive a transplant after chemotherapy to ensure a lasting positive response, while other patients become transplant candidates if their cancer recurs. Only seventy to eighty hospitals nationwide offer pediatric transplantation, and even more rare is Gilman's clinical research focus of what's called half match transplantation.

"Our first choice is a matched sibling bone marrow transplant because there is likely to be the least number of complications," says Gilman. But less than 25 percent of patients have such a donor available. If efforts to find a matched unrelated donor fail, Gilman's team can do a half match transplant from an available parent, a procedure performed in fewer than ten U.S. medical centers.

"A child gets half of their tissue type from each parent, and we can have the perfect mismatch. We look at the parents' genes to predict whose stem cells will provide good control of the patient's cancer based on immune killer cells," Gilman says. The process has the same success rate as other transplants, about 50 percent.

Every day, Gilman looks at the photo of a little boy, now healthy, diagnosed with a rare acute leukemia at age two. Chemotherapy didn't work, and he urgently needed a transplant. His mom proved to be a half match. "We were able to use his mother's immune system to cure him," Gilman says.

"We're not just offering excellent care close to home. We're also offering innovative approaches so we can provide excellent outcomes and hopefully advance the field to provide better outcomes for all children."

Though childhood cancer is rare, its very mention summons a parent's greatest fear.

"There are 12,000 new cases identified in the United States each year," says Dr. Daniel McMahon, director of pediatric hematology and oncology at Levine Children's Hospital. "That's one in every 7,000 children." About 250 cases are diagnosed in North Carolina each year.

Most often formed in the parts of the body that are still growing, childhood cancers behave differently from adult cancers. The most common diagnoses are leukemia, brain tumors, and neuroblastomas. The good news is that the number of deaths from childhood cancers has dropped by almost 50 percent since 1975. Today, most children diagnosed with cancer can be treated successfully, leading to an overall five-year relative survival rate of 80 percent.

"The therapy is very uniform across the country, and it has been very successful," says McMahon.