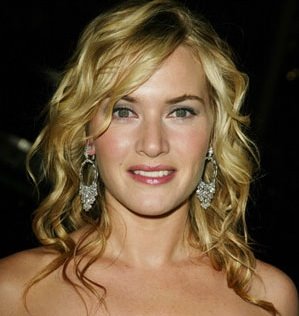 I’ll admit it. I was one of those girls who went to see Titantic an unmentionable amount of times in the theatre. To be honest, I was going to see Jack, but that doesn’t mean that Rose didn’t capture my heart a little too. My pro-Winslet feelings have only been cemented since then with her appearances in Finding Neverland and The Holiday (That’s right. I like girly love stories. Big surprise there.)

So when Vogue UK announced this morning that Winslet will be playing Vivienne Westwood in the movie which, according to Vogue, will “chart Westwood’s rise from her punk roots to international fashion super-stardom,” I could not have been more pleased. One of my favorite British actresses playing one of my favorite British designers? This is the kind of news that makes Monday mornings slightly more tolerable. –S

Jenn would like to contribute the following addendum to Sarah’s post above:
You know how people have a list of “celebrities I am allowed to cheat with?” Well, Kate Winslet is on mine. (So is Mandy Moore, but that is another post for another day.)  I don’t want to cheat with her so much as I want to just be her best friend, possibly move in to what I can only imagine is a charming English home in the country or a stately flat in London and be the nanny for her precious kid, and  then, of course, sit around in the afternoon drinking tea with her and having sparkling conversations.  In short, I think Ms. Winslet is the most intelligent, talented, and excruciatingly lovely actress working in Hollywood and she is a fantastic choice for the role of V. Westwood.
Categories: Celebrity Style
Contest of the Month