➀ Price’s Chicken Coop
Quarter-Chicken Dark
We could talk about the chicken, fried and surrounded by tater tots, hush puppies, a roll, and a cup of white coleslaw. We could talk about how to order: “Quarter-chicken dark,” and then, “Yes,” when they ask if you want tea. We could talk about how it’s an essential Charlotte experience, born in 1962, some 30 years before anybody even called this neighborhood South End. We could even say the quarter-chicken dark is the Original Charlotte Cheap Eat. Or, if none of that convinces you, we could just say that about a year ago, in late May 2015, Jay Leno swung through Charlotte, and with all the money he needs to eat anything he wants in our city, he came here, took a few pictures, sat on the grassy hill across the street, and got his hands greasy. 1614 Camden Rd., 704-333-9866
$6.70 (+tax) 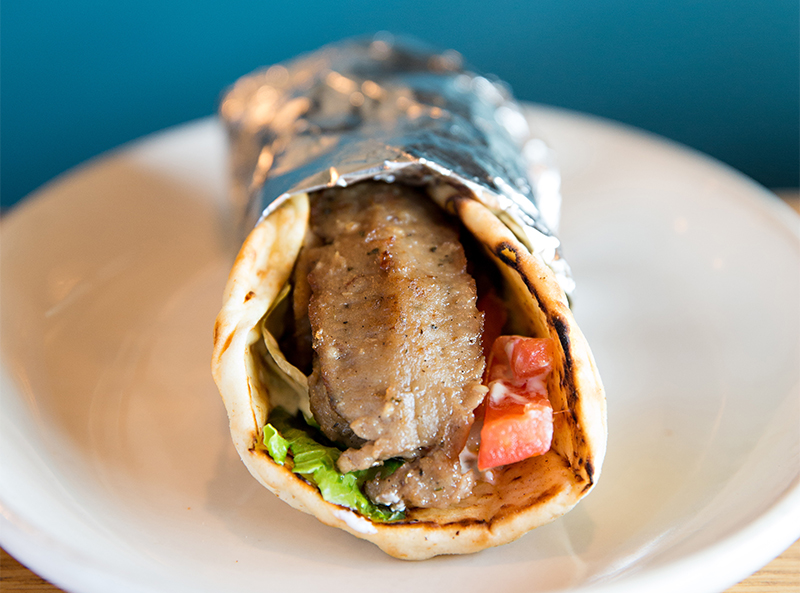 ➁ Diamond Restaurant
Gyros Pita
This retro Plaza Midwood diner, which opened in 1945, started out serving Southern food. In 1984, it passed into the hands of Greek immigrant Gerry Pistiolis, who infused the menu with European flair. The Gyros Pita gives visitors a taste of the owner’s homeland—and tzatziki-induced satisfaction. 1901 Commonwealth Ave., 704-375-8959
$6.95 (+tax)

➂ JackBeagle’s
Philly Cheesesteak
This NoDa dive bar is for the locals. Serving unconventional bar bites such as mac-and-blue-cheese with bacon, JackBeagle’s also makes a seven-inch Philly doused in Cheez Whiz. Add a side of waffle fries for a buck, and you’ve got a heaping helping for less than a Hamilton. 3213 N. Davidson St., 704-334-5140
$6.99 (+tax)

➃ JJ’s Red Hots
Southern Girl
The Southern Girl at JJ’s Red Hots is rather coy. You won’t find her by looking on the menu. If you want her to make an appearance, ask for her by name, and a char-grilled hot dog will appear, topped with pimento cheese, coleslaw, bacon, and hot blond mustard. And what’s better than one Southern girl? Two. 1514 East Blvd., 980-225-8880
$8.98 (+tax for two)

NOW CLOSED: ➄ Lola’s on Brevard
Chicken-Fried Steak with Two Sides
Grab a tray and get in line. With a rotation of daily specials that includes chicken and dumplings and jerk chicken, Lola’s draws a hungry crowd for its cafeteria-style lunch. Pick a day when you have the energy to digest a lot of grease, and order a chicken-fried steak with collards and mac-and-cheese. Watch the crispy piece of meat disappear to the sound of your teeth crunch, crunch, crunching each bite. 300 S. Brevard St., Ste. 100, 704-353-3545
$8.75 (+tax) 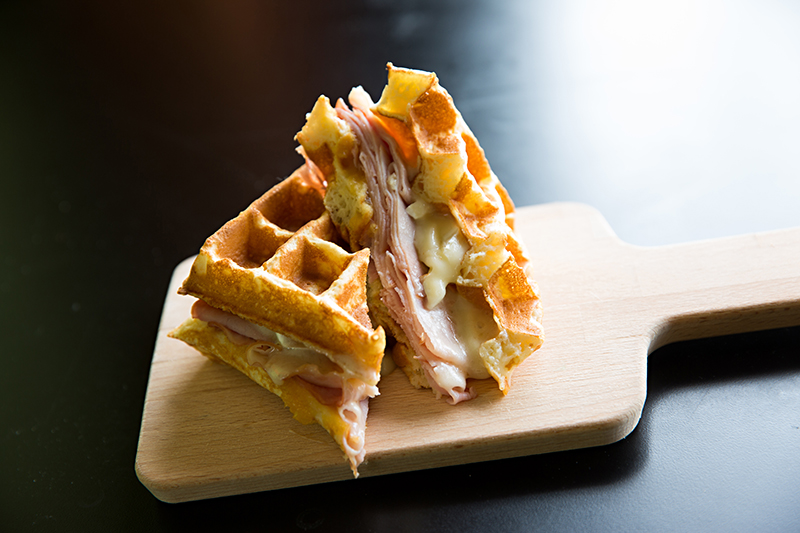 ➅ Fud at Salud
Jason Gi-Ham-Brie
This shop along a colorful stretch of North Davidson Street began serving food adjacent to its tiny craft beer store last spring. Fud at Salud is known for naming sandwiches after neighborhood personalities—and for delighting hungry imbibers with the Waffle-wich. The Jason Gi-ham-brie combines shaved deli ham with melted brie and a cider-reduced peach jam sandwiched in an airy, made-to-order Belgian waffle. One bite will help you understand Fud’s unofficial mantra: “Do you even waffle, bro?” 3306-B N. Davidson St., 704-900-7767
$7 (+tax)

➆ Grand Asia Market
Dim Sum
Find the palm-sized delicacies of dim sum inside this sprawling, family-owned international market that was once an old Winn-Dixie. This isn’t the rolling cart experience, but you will find plenty of made-from-scratch items worth the trip to Stallings. And you won’t have the hefty bill. Try the turnip cakes ($2.99 for 3), studded with Chinese black mushrooms and Chinese sausage, for a savory first course. Then go for the golden fried dumpling ($1.29), sweet and glutinous fried dough filled with ginger-spiked pork and preserved turnips. Finish with the egg custard-filled steam bun ($1.49) for dessert. 4400 Potters Rd., Stallings, 704-821-0899
$5.87 (+tax)

➇ Benny Pennello’s
Pepperoni Slice and a Coke
If you didn’t know better, this gigantic pizza might seem to embody what’s wrong with food in America, playing on the equation that the bigger the portions, the better the meal. A full Benny P’s pie is 28 inches in diameter, almost double what you’d usually see. But what the owners of this expanding franchise figured out is that if you divide that 28-inch pizza into eight slices, you get the ideal sized meal for one person—not too little, not too much. At $4 a slice for cheese, and $5 for a slice of pepperoni, sliced sausage, or garlic mushroom, there’ll even be room in your wallet for a bottle of Coke. Or, sure, water. 2909 N. Davidson St., Ste. 100, 980-949-8398
$6 (+tax) 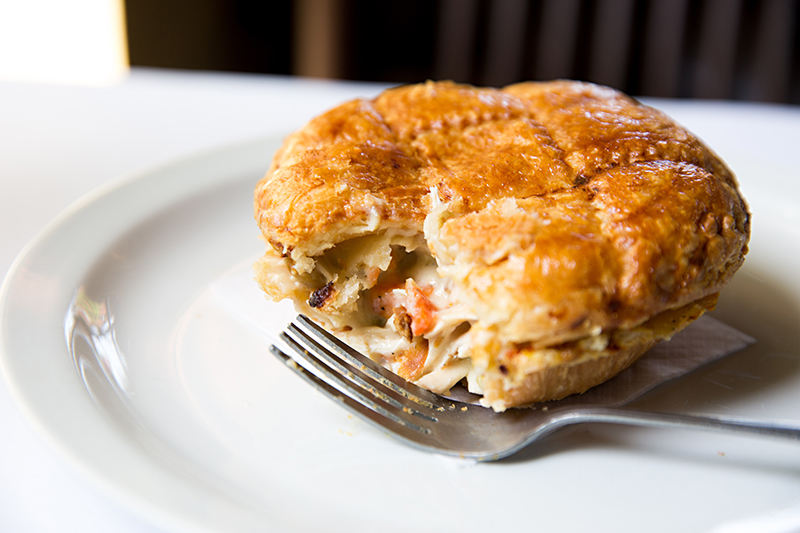 NOW CLOSED: ➈ Cluck ’N Cup
Chicken Pot Pie
A buttery, golden, flaky crust hides a filling of thick gravy, vegetables, and pulled pieces of chicken. But they’re not really hiding anything at Cluck ’N Cup—the restaurant’s website lists the pot pie ingredients, and the first ones are vegetables and chicken breast. As if the steaming, salty, creamy concoction isn’t filling enough, the dish comes with a side. Multiple locations.
$7 (+tax)