The couple was about to close on their new home when they noticed two strangers walking in.

Who said cops can’t have a little good luck every now and then?

Justin Colson, a Davidson police officer of one year, and his fiancé, Kayla Kahn, were recently the recipients of an unexpected delight when closing on their Davidson home.

Their home search—beginning in late April and spanning over 50 houses—was a frustrating one. Because of Justin’s profession, he had to find something within 10 miles of Davidson, which greatly narrowed the couple’s options. With this parameter in mind, Justin and Kayla were looking for a house large enough to fit a future family. They were in an apartment at the time. 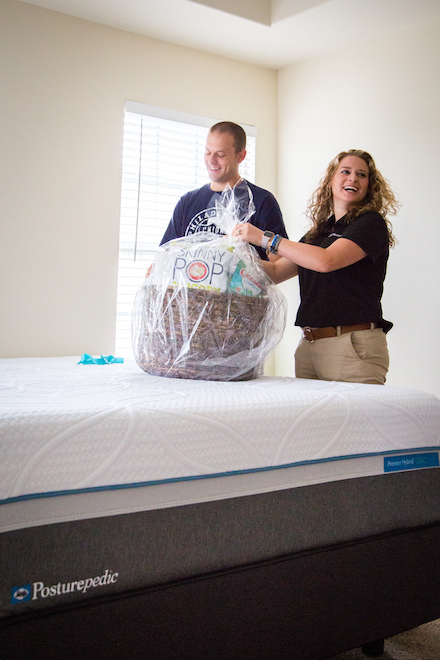 “We were looking for a house to grow as a family,” Justin says, “one to call our own.” However, every house they seemed to like was taken off the market as soon as they tried to pull it back up online. Then, they found it. A three-bedroom, two-and-a-half bathroom dream home. Justin and Kayla stood in their house on August 3, getting ready to close on it, when two people walked inside.

At first, Justin says, he and Kayla were a bit confused. Who were these people in their new home? But then they noticed what they were holding: a large gift basket and an oversized $500 gift card to Sears. Inside the basket were grocery and pizza gift cards, cleaning supplies, and toiletries, among other items.

Little did Justin and Kayla know, their realtor was looking out for them. Chad Hethermen of ROOST Real Estate nominated the couple for this surprise. The company behind it, Sealy, wants to celebrate new homeowners who are gearing up for their first night in their homes. Needless to say, it as a complete shock to the couple.

But the gifts didn’t stop there. The Sealy reps told Justin and Kayla to head to the master bedroom. In the otherwise empty room sat something that was not there when the two first toured the home: a Posturepedic mattress. 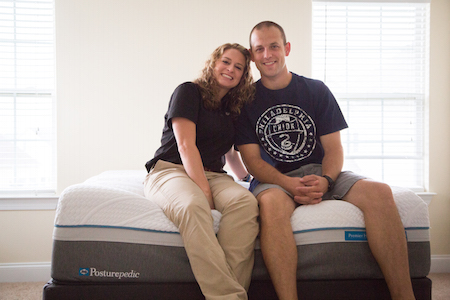 Justin recalls the exciting moment, saying that, of course, the first thing you do when you see a new mattress is sit on it and test it out. According to him, it is very comfortable.

The couple will be officially moved into their new home tomorrow, August 13.