Restaurant Week at this German eatery is filling and festive

Continuing my gastic-adventure that is Charlotte Restaurant Week, a more ethnic choice for stop No.2 was on the table, so to speak. The Waldhorn Restaurant in Pineville fit the bill.

Four courses for $30 left me so full that I doubt I'll be eating anything but salad for the next few days. 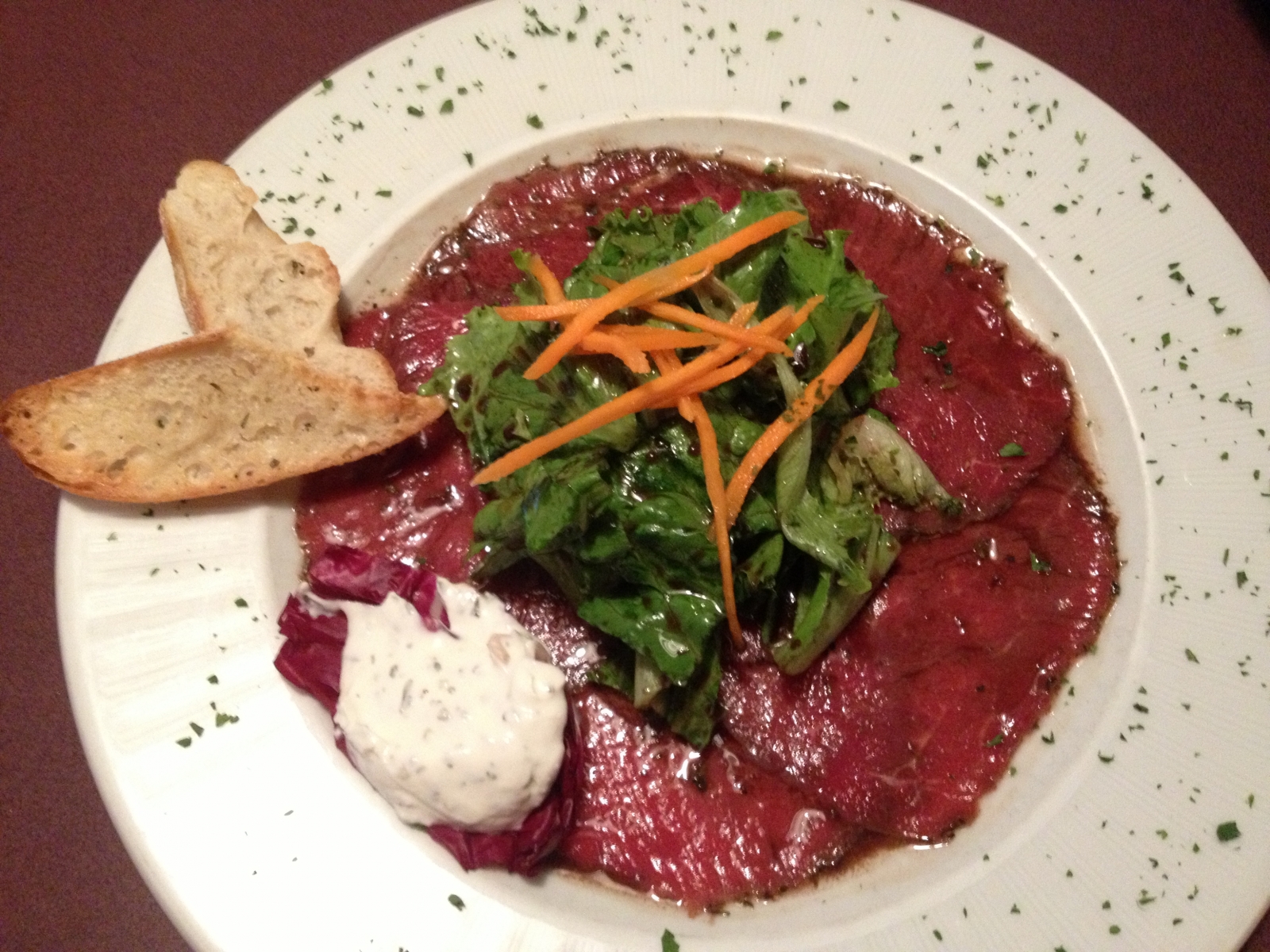 I'd never been to a German restaurant before, but the interior was festive and fun with exposed rafters and a fully stocked bar. The Waldhorn would be a great spot for families, a stop after work, or a casual date night.

Bring on the food. For my first course I opted for a Rinder Carpaccio — and the paper-thin beef was beautifully marinated, light, and easy to eat. Course two was soup. I chose the Hungarian Goulash, as a tribute to my late grandmother. Although it wasn't quite her recipe, the broth was rich and fragrant. I did find myself wishing for more beef and potatoes, though. Still, I think Gezella would have approved.

On to dinner. A number of choices piqued my interest, but the Gebratene Ente (oven-roasted duck) won. 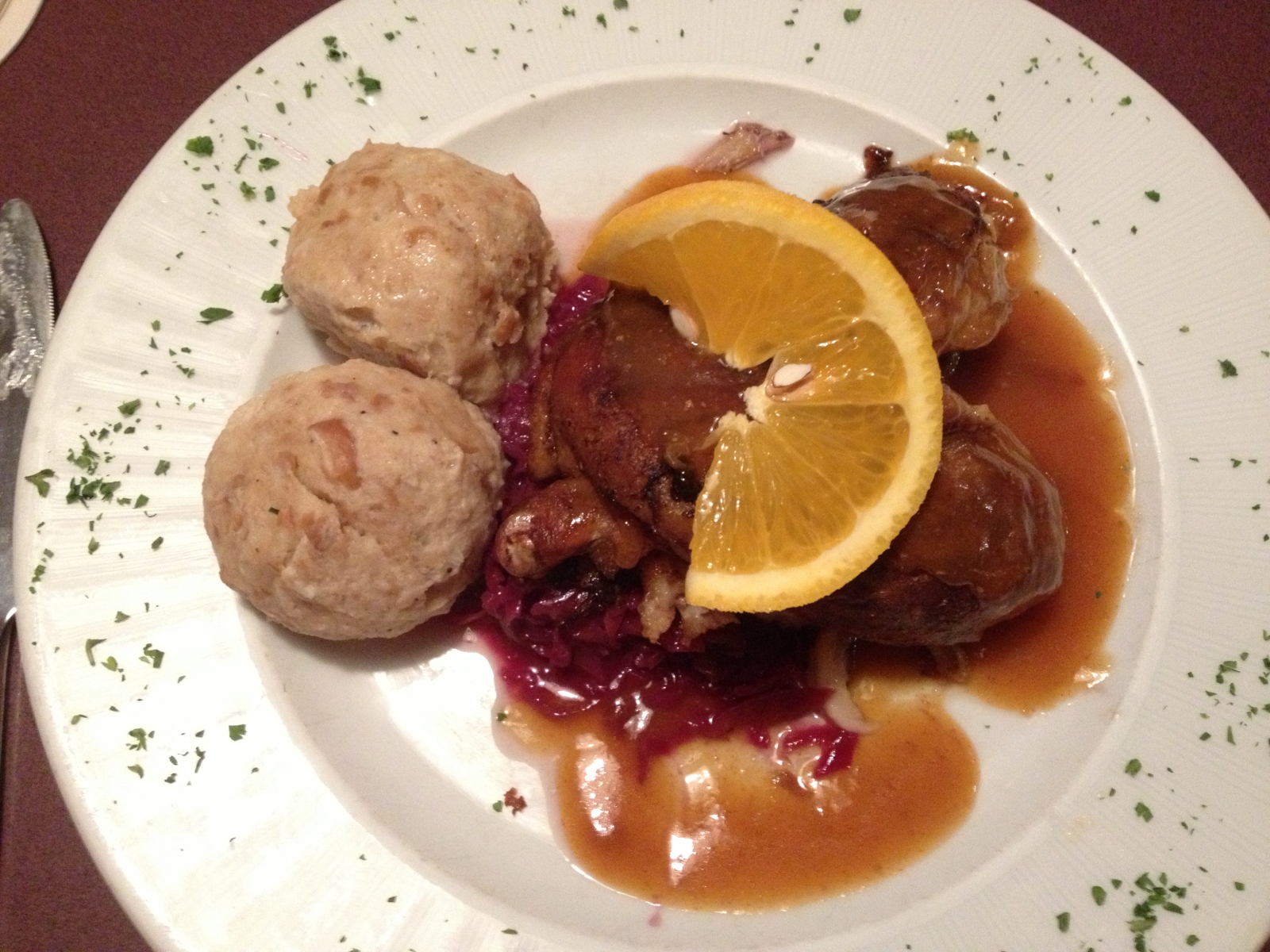 Basted in an orange glaze which played very well off the crispy skin, situated over red cabbage, and flanked by two giant bread dumplings, the entree was a wonderful choice, although heavy. The citrus, however, did help to cut through the richness.

Finally, dessert. I was feeling extremely full by this point, but have never been a quitter. My meal's end arrived with two giant scoops of vanilla ice cream amid a sea of raspberries and a dash of peach schnapps, which was warm — the Heisse Liebe (Hot Love). This ate more like a soup than anything else, but was delicious. I do, however, wish I had opted for something a little more German, like the Apple Strudel or Black Forest Cake. Looks like I'll need to make another visit to the Waldhorn. Overall, a fabulous stop on the restaurant week tour.