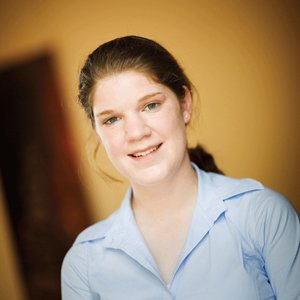 Symptoms of Type 1 diabetes appear six to twelve months after the body starts to lose its ability to produce insulin. As excess sugar builds in a child's bloodstream, the muscles and organs become depleted of energy, triggering intense hunger. The excess sugar pulls fluid from tissues, which leads the child to drink—and urinate—more. Oftentimes the child will wet the bed or lose weight. A urine test gives the first indication of abnormal blood sugar. From there, a blood test reveals the child's hemoglobin A1C level, the average blood glucose level over the last three months. But sometimes it takes more serious symptoms before a child is diagnosed.

"If time progresses, ketones are built up. Ketones are a sign that the body is starting to tear itself apart because the muscles are so desperate for energy. This is when kids tend to get really sick. Ketones lead to nausea, vomiting, more significant weight loss, alterations in neurological status, lethargy, and not being able to think straight," says Vanderwel.

Regardless of how sick a child is when diagnosed, the next step is often a forty-eight-hour hospitalization that features an in-depth education for the family about diabetes management including insulin administration, nutrition management, blood glucose testing, and physical activity.

"We have the technology now that if kids and families put in the effort, we can help keep their blood sugar regulated, lead a normal life, and avoid complications," says Vanderwel.

Hannah Devoid's weight had her parents worried. At twelve, Hannah was more than five feet tall but hadn't broken seventy on the scale. A trip to the family doctor led to a diagnosis of Type 1 diabetes.

"I didn't like the idea of giving myself a shot even though in the long run it would save my life," Hannah recalls. "People say, ‘I can never do that,' but when you are put in the situation where you have to do it, you do and you know it's for the better."

Now a rising senior at Myers Park High School, Hannah says having diabetes has actually helped her grow as a person.

Last summer, Hannah served as a counselor at the Joslin Diabetes Center in Massachusetts, where she realized that what she had learned and experienced could have a profound effect on younger diabetes patients.

"I saw how having friends with diabetes around you and people to look up to really helps," she says. The experience led her to conceive of a program in which younger patients could be paired with teenage patients for mentoring and fellowship. She now coordinates Dynamic Diabetic Duos, a program that is open to any young person with diabetes in the Charlotte area and currently has six members.

"Just having a support group wasn't going to work. Who wants to sit around in a circle and talk about ‘I have diabetes'?" Hannah says. Hannah arranges quarterly events for the new group, like bowling or Build-a-Bear workshops, while the pairs follow up on their own in between.

"A little of it is kinda selfish because it is what I would want somebody to do for me," says Hannah, who wants to be a pediatric endocrinologist. "When you're knowledgeable about something, you want to share it with people."

Learn more about Dynamic Diabetic Duos and JDRF at www.jdrf.org/charlotte.

Once known as juvenile diabetes, Type 1 diabetes is a common chronic illness in school-aged children. Both nationally and locally, the illness is diagnosed in one out of every 300 to 350 children. While onset often happens between the ages of eight and fourteen, Dr. Mark Vanderwel, a pediatric endocrinologist with Pediatric Endocrinology and Diabetes Specialists, says his practice is seeing more children diagnosed at a younger age, mirroring a nationwide trend that has yet to be fully explained. The four-doctor practice has a caseload of 1,700 patients, most of whom have no family history of the disease.

When Vanderwel has a new patient with diabetes, he starts educating the family about the disease by explaining what happens in the body in its normal condition.

"Our body's job is to take the food that we eat, bring it through the bloodstream, and store it in the muscle cell for energy. The door to the muscle cell is locked, and insulin is the key to open the door," he says." In Type 1 diabetes, you have lost your ability to produce insulin. The door stays locked."

This article appears in the July 2008 issue of Charlotte magazine.
Contest of the Month