The restaurant merges cuisines in a stylish setting

When restaurants promote globally inspired small plates, it’s difficult to know what they mean. Tapas? Fusion? Multi-course? Farm-to-table? “Globally inspired small plates” has become the industry catchall for Instagrammable food with a variety of influences. The menu could include ostrich filets, purple yams, edible flowers, or vegan curry, and servers encourage you to order a bit of everything for the table.

Shareable dishes defy logic during a pandemic, yet they’re as trendy as ever. Here’s why it works: Diners can try new foods without a big commitment, and chefs can demonstrate their range because they’re not limited to one cuisine. Operators can charge entrée prices for appetizer-sized dishes made with fresh sashimi and premium wagyu beef, and most guests have to order two or three plates to feel satisfied. When servers are properly masked and bring fresh utensils with each dish, as they do at PARA, the “shareable” component feels safer. Add a “creative cocktail program” and patio seating, and you’ve got a buzzy new restaurant. 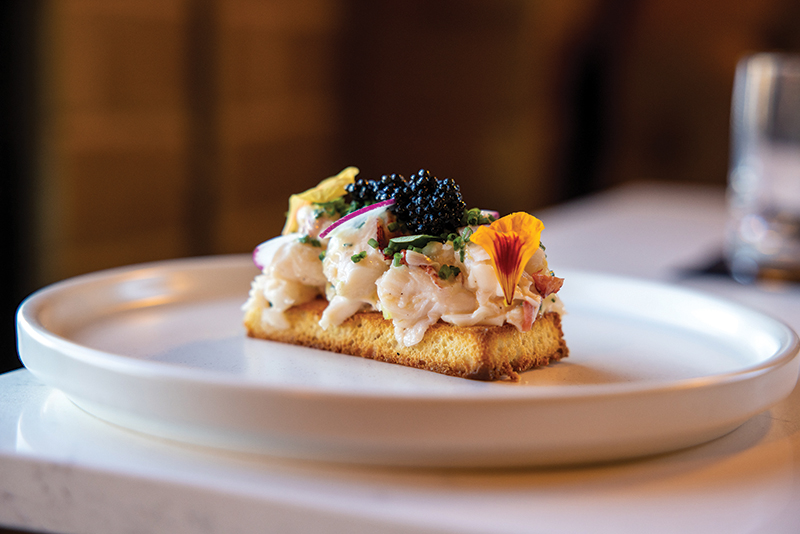 PARA is short for “imparable,” Spanish for “unstoppable.” It opened in late January—during that gloomy stretch of winter when New Year’s resolutions are abandoned and $15 cocktails seem like a great idea—in the former Zeppelin space. A custom mural by local artist Dustin Moates, co-founder of Southern Tiger Collective, stretches across the exterior of the building, and live moss from Torrie Savage flanks the 12-seat bar. The 55-seat dining room has green epoxy floors, tufted brown-leather banquette seating, and an array of pendant lights that hang from the industrial ceiling.

Yashira “Yoshi” Mejia leads the cocktail program, which includes three spirit-free alternatives. If you prefer something stronger, try a Berry Nice ($15), a refreshing but not-too-sweet cocktail, or a Japanese ($16), which is boozy, nutty, and cognac-based. The beverage menu also includes wine by the glass or bottle. 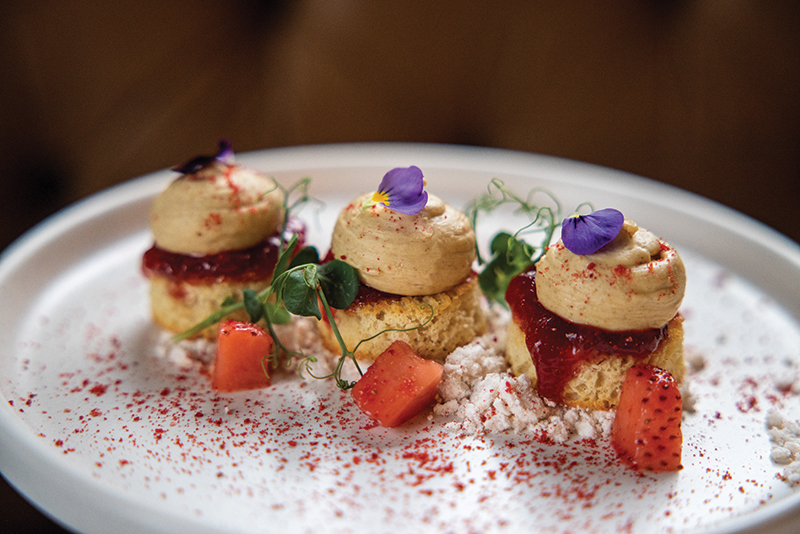 The Milk Bread PB&J is garnished with fresh strawberries and edible flowers.

Executive Chef Alex Verica honed his skills at Dot Dot Dot and The Stanley, where he worked with his father, two-time James Beard semifinalist Paul Verica. Here, the 26-year-old has built a seafood-heavy menu with Asian influences. Highlights include Deviled Eggs ($13), punched up with miso, shrimp, salmon roe, and chives; Lobster Toast ($16), a crispy slice of milk bread topped with lobster chunks, chive aioli, caviar, and radish; and Sashimi ($18) with ponzu shaved ice, hot peppers, and radish. While the presentation is impeccable, the portions are small, so three plates won’t satisfy a party of two. 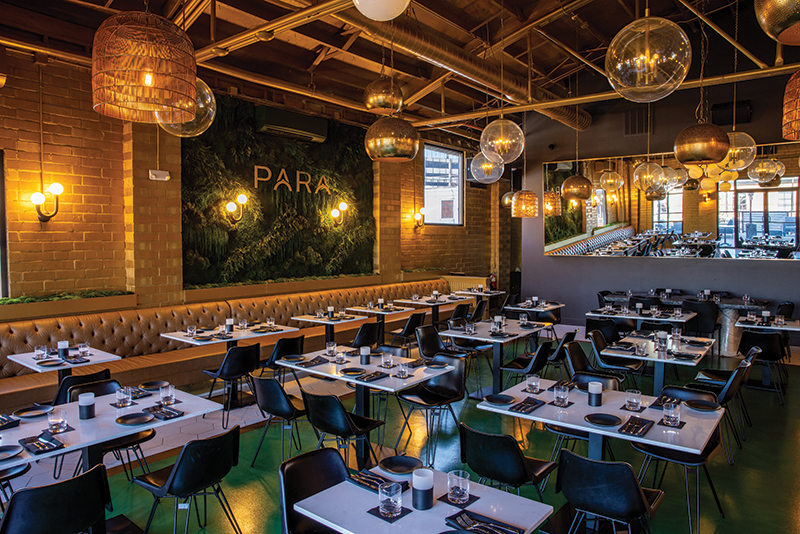 For round two, try the Tempura ($12), a cylinder of broccoli slaw topped with crispy oyster mushrooms, radish, and a tangy togarashi aioli. The Crab Rangoon ($16) comes with four fried steamed buns and miso ginger sauce for dipping. The Short Rib Dumplings ($16) are savory meat-filled bundles garnished with radish and cilantro, but at just three to a plate, they disappear fast.

The most surprising dish: the “Tuna” Crudo ($12), a plate of thinly sliced watermelon disguised as ahi tuna, topped with jalapeño, lime, avocado, hot pepper, and radish. The wild card, Milk Bread PB&J ($15), combines peanut butter, berry jam, and foie gras. It registers as savory at first, but it’s just sweet enough to save for the end of your meal. If that doesn’t satisfy your sugar craving, PARA also has three traditional Japanese desserts ($9 each) made with shaved ice. Toppings include cold brew, watermelon, pistachio, and matcha.

Verica’s small plates are a visual feast, but don’t come famished and expect to leave stuffed. If you prefer straightforward entrées you don’t have to share, stick to a steakhouse. But if you aren’t afraid to order dishes with ingredients you don’t recognize, and you like to linger and take pictures of your food, PARA is worth a visit.