Tuesday brought the fifth night of protests in reaction to the police-involved death of George Floyd in Minneapolis. Protesters describe a peaceful mood before suddenly, flash bangs and tear gas filled Fourth Street. Charlotte City Council called an emergency closed session today, and hours later, Mayor Vi Lyles emerged to announce an investigation into CMPD actions the prior night and a series of two public forums: one this evening and one on Friday. Thirty-five minutes into the first forum tonight, chants came from the crowd of hundreds: “Walk with us.” And Lyles did. She and council members, including Tariq Bokhari and Larken Egleston, too joined the crowd in taking a knee at the site of last night’s incident—as well as the site where Justin Carr was killed during the Keith Lamont Scott protests in 2016. 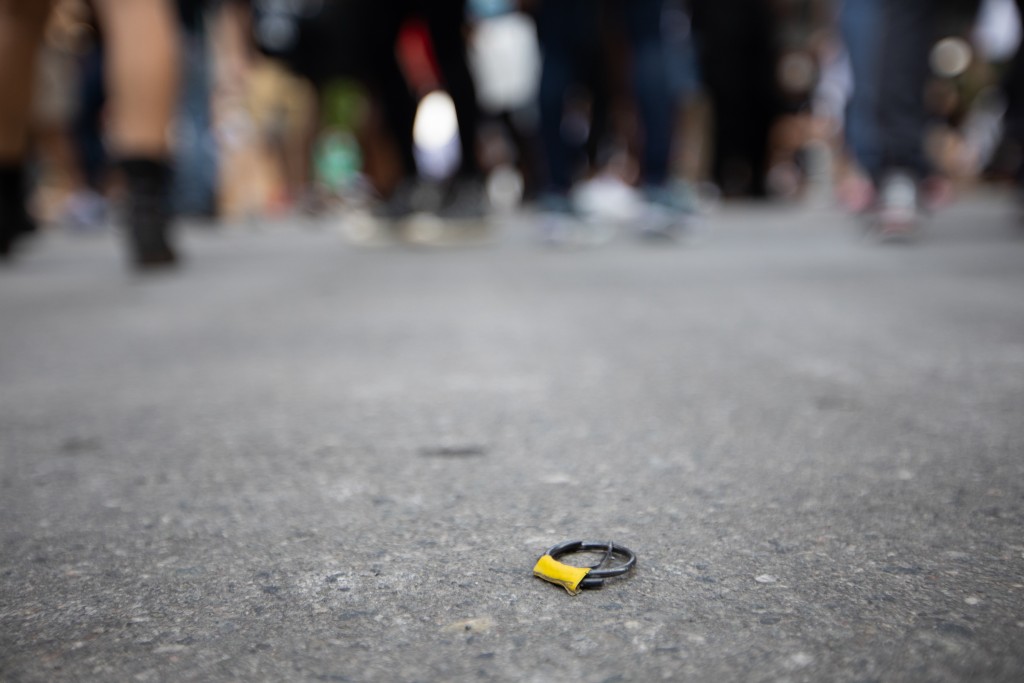 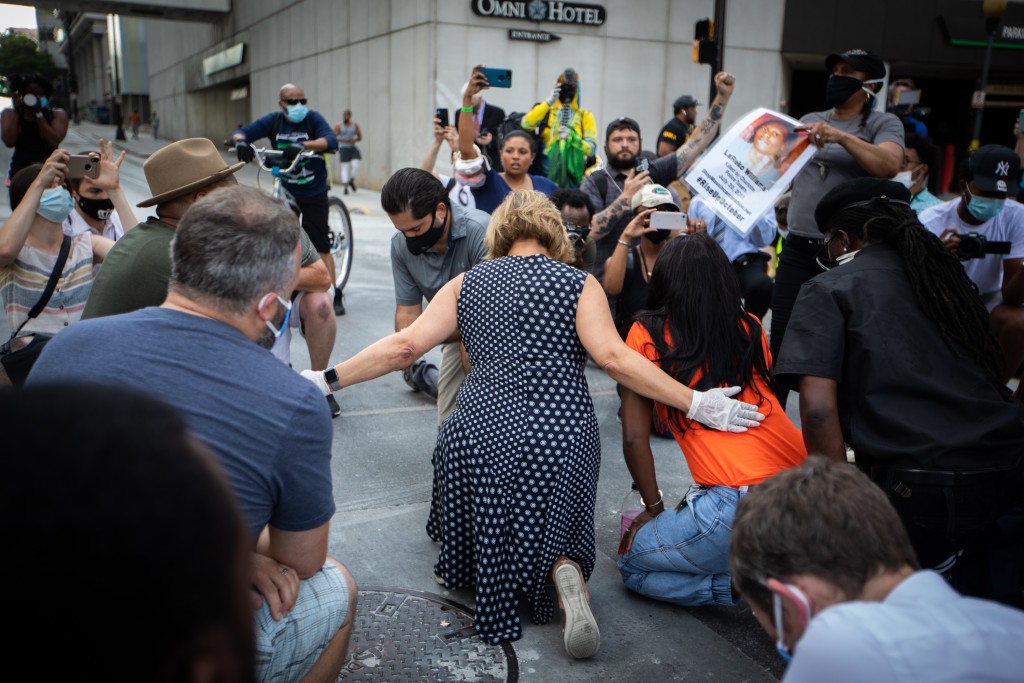 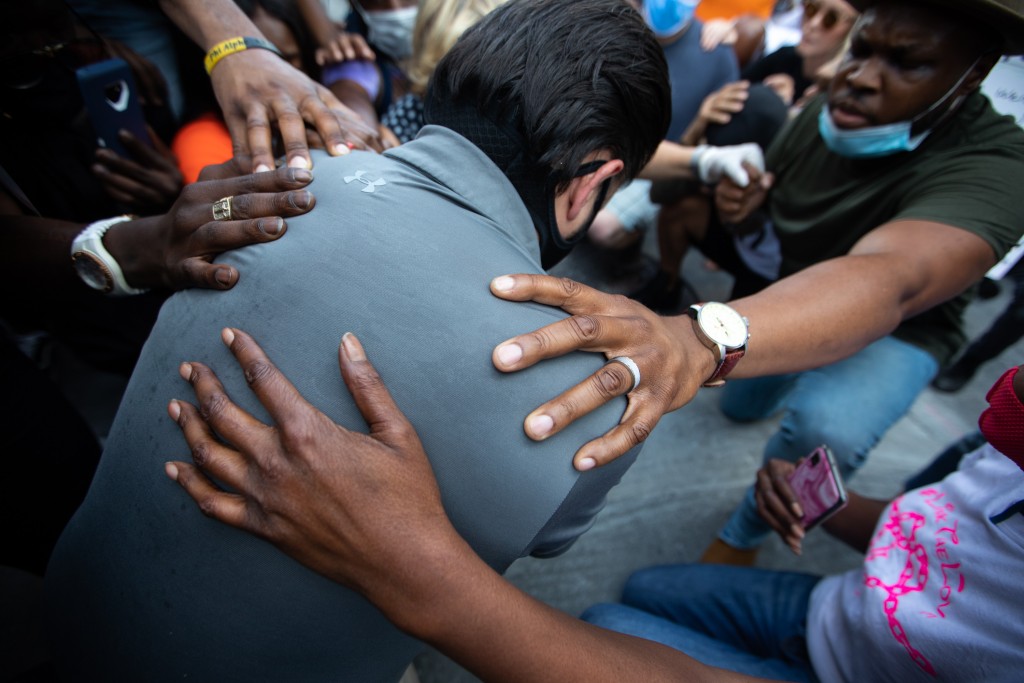 Bokhari with protesters in uptown. 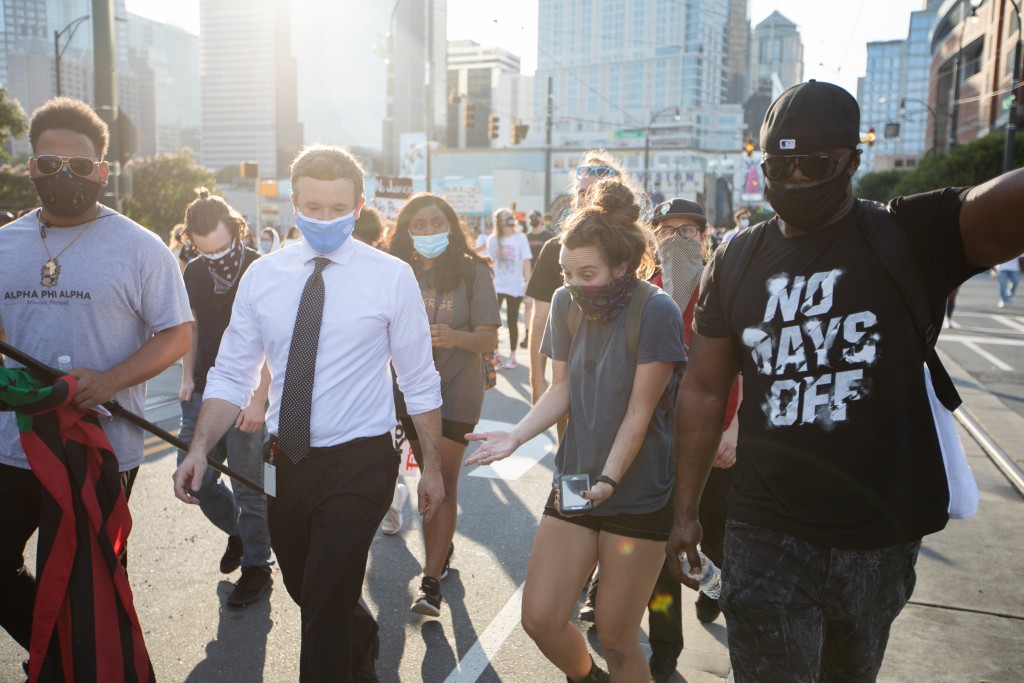 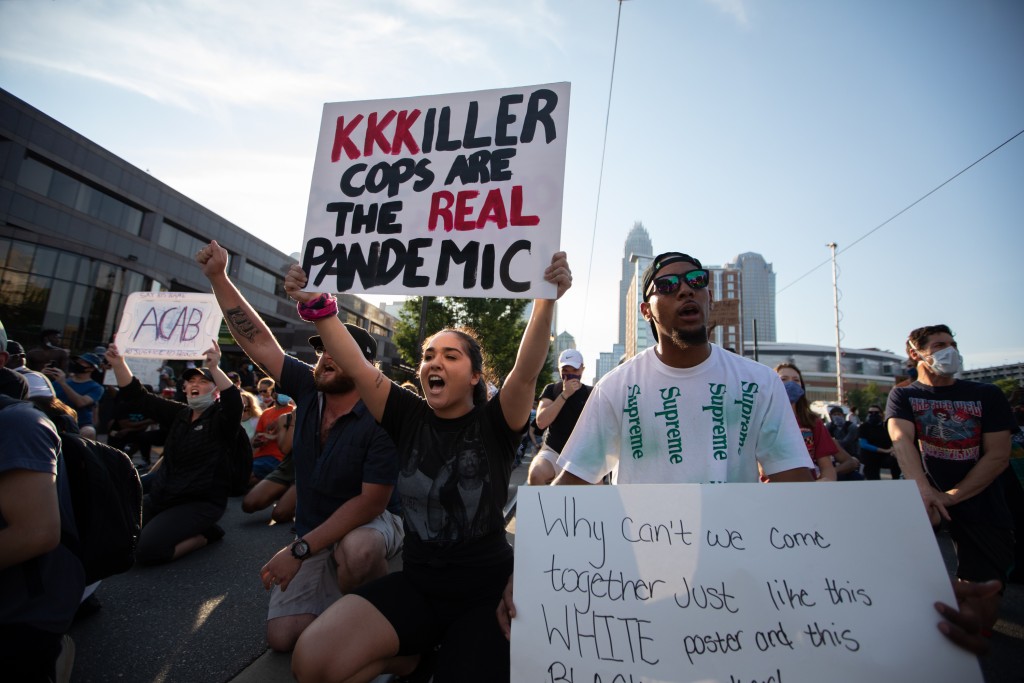 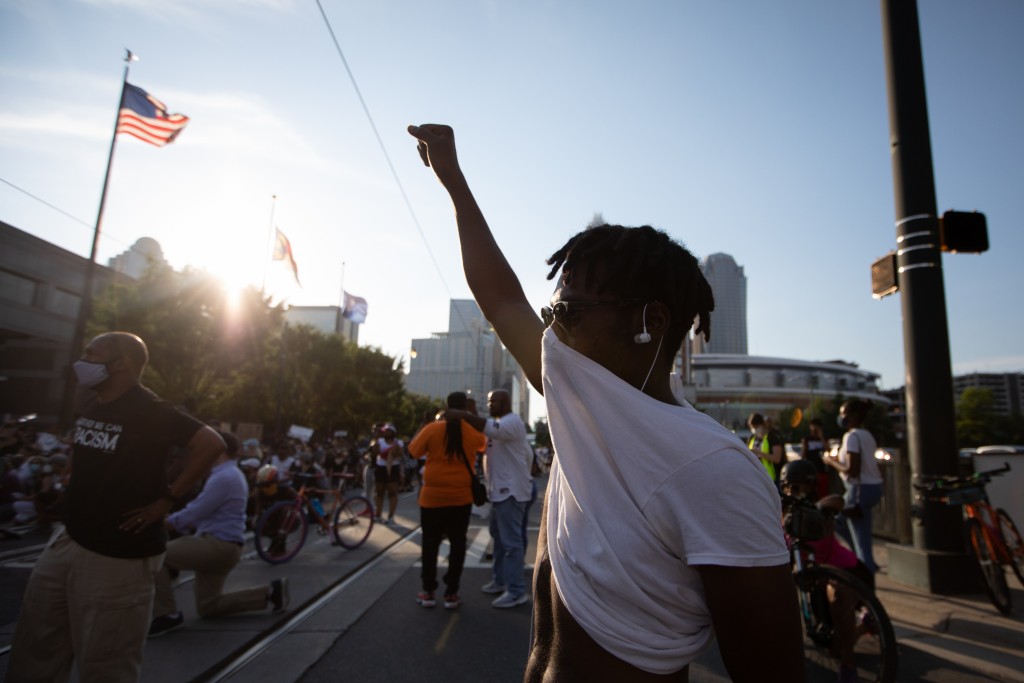 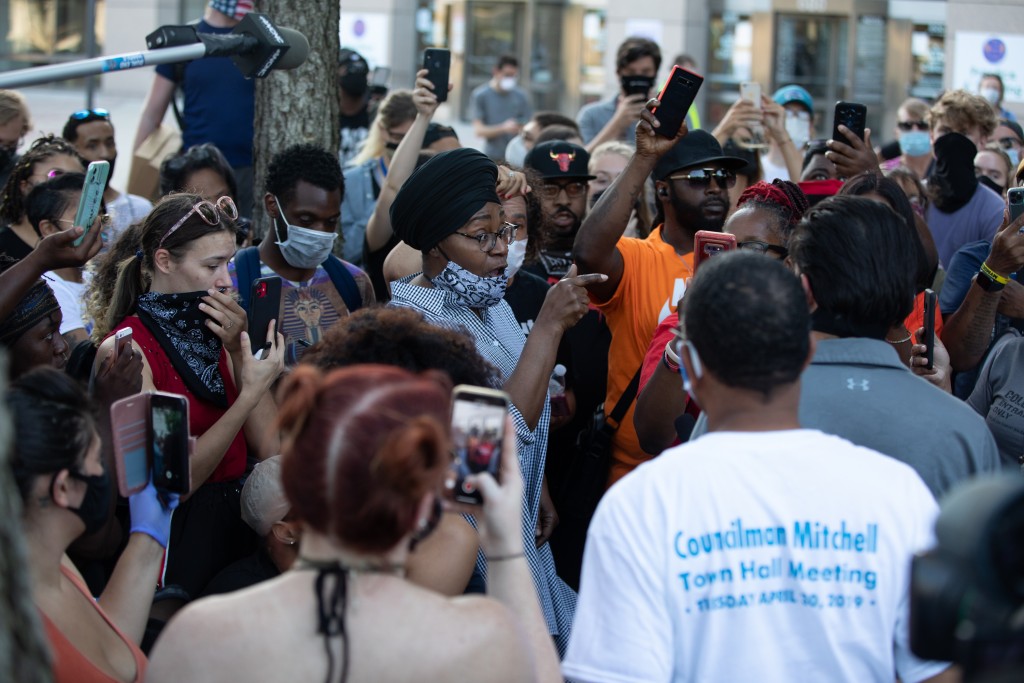 Corine Mack is president of the Charlotte-Mecklenburg chapter of the NAACP. 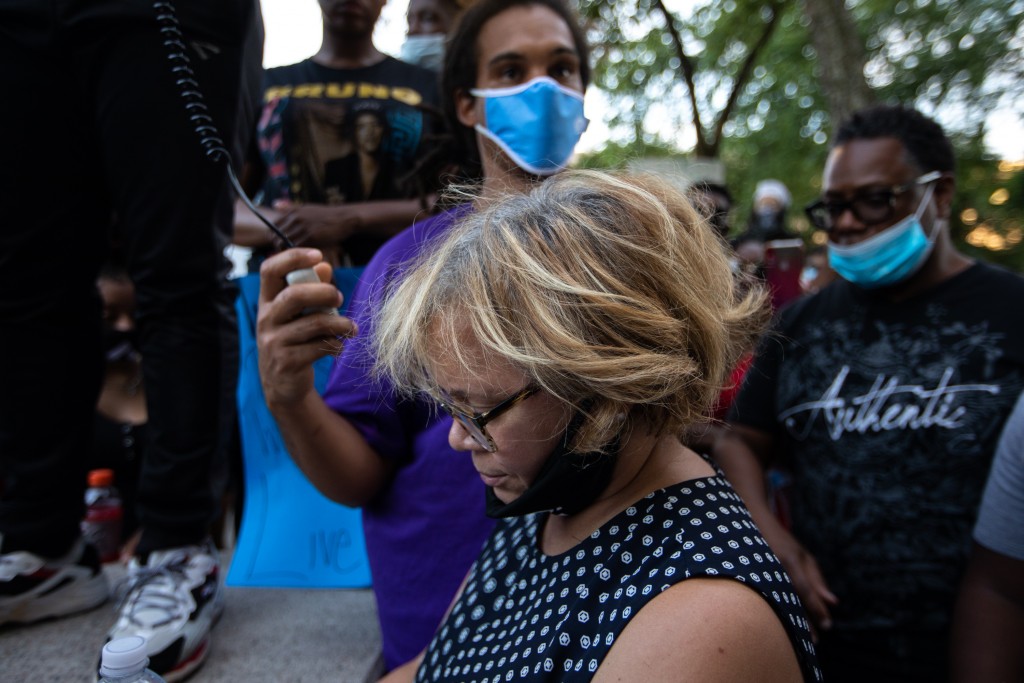 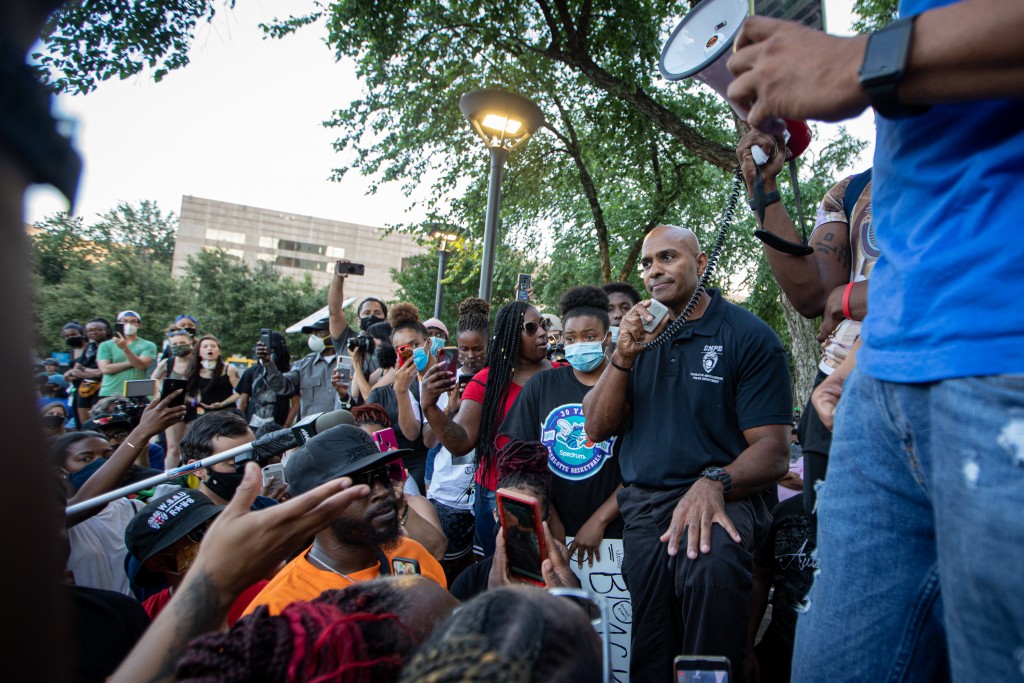 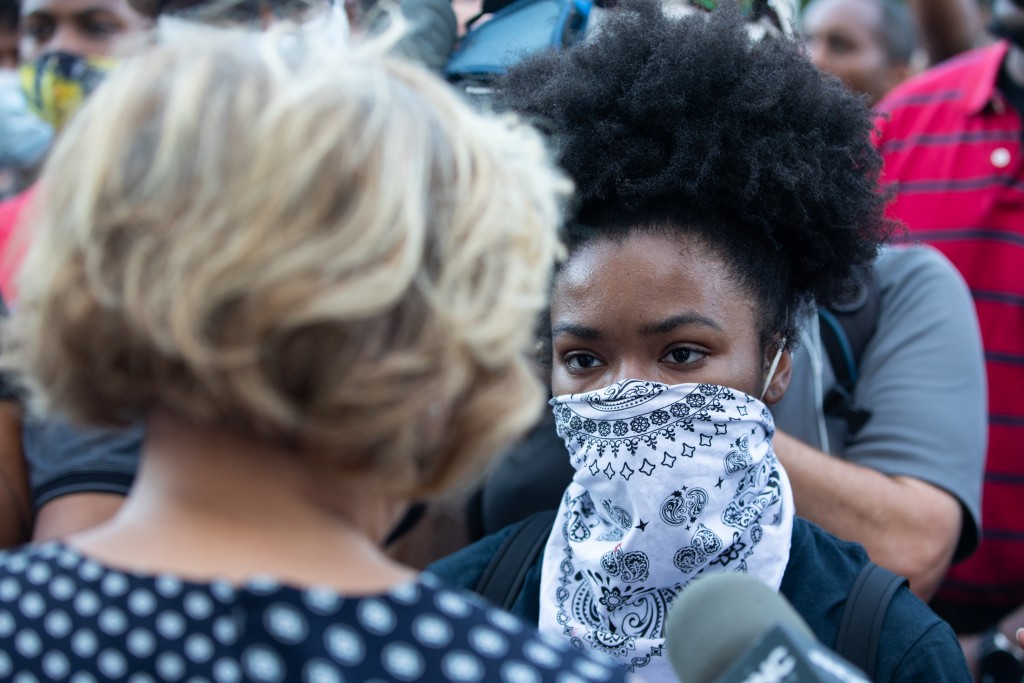 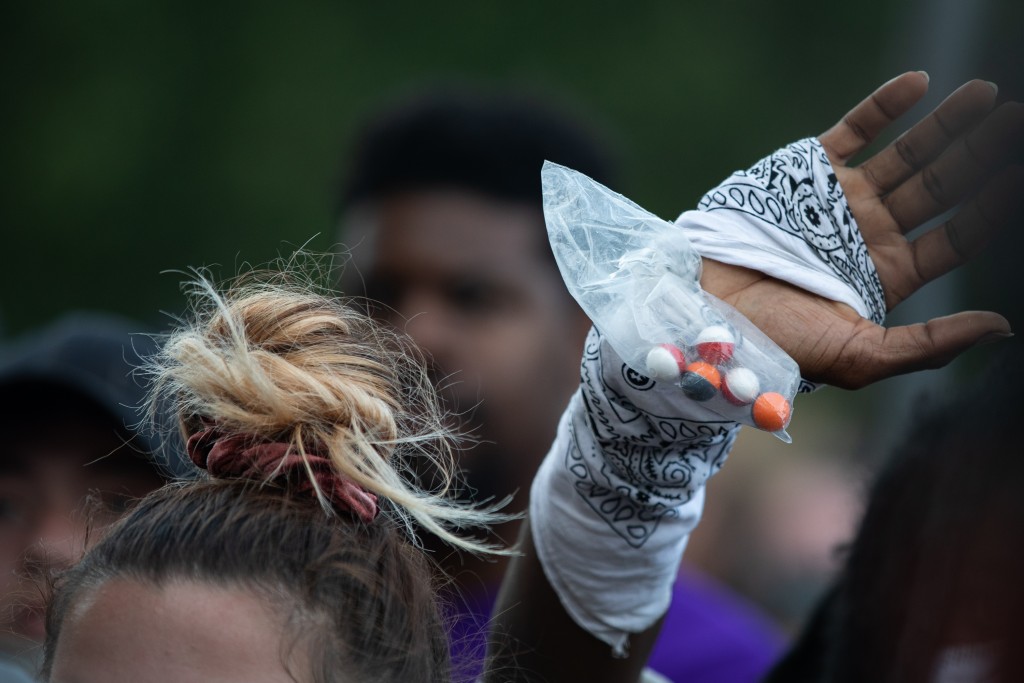 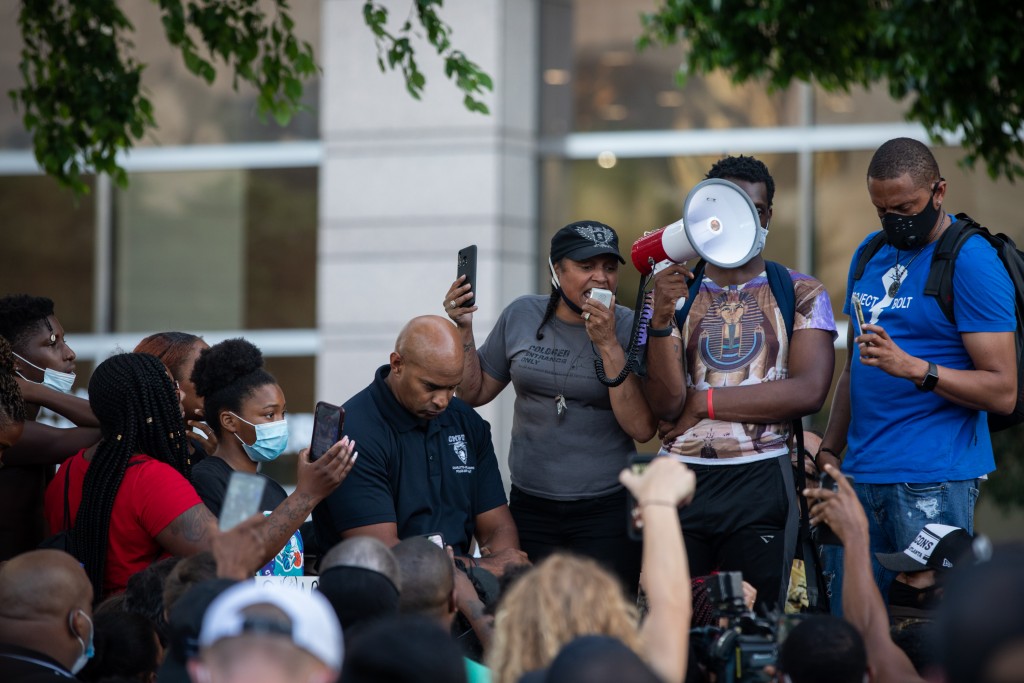 Meko McCarthy is the mother of La-Reko Williams, who was tased to death by a CMPD officer in 2011. Tonight, she asked Chief Kerr Putney if CMPD will mandate officers to intervene in cases of excessive force. 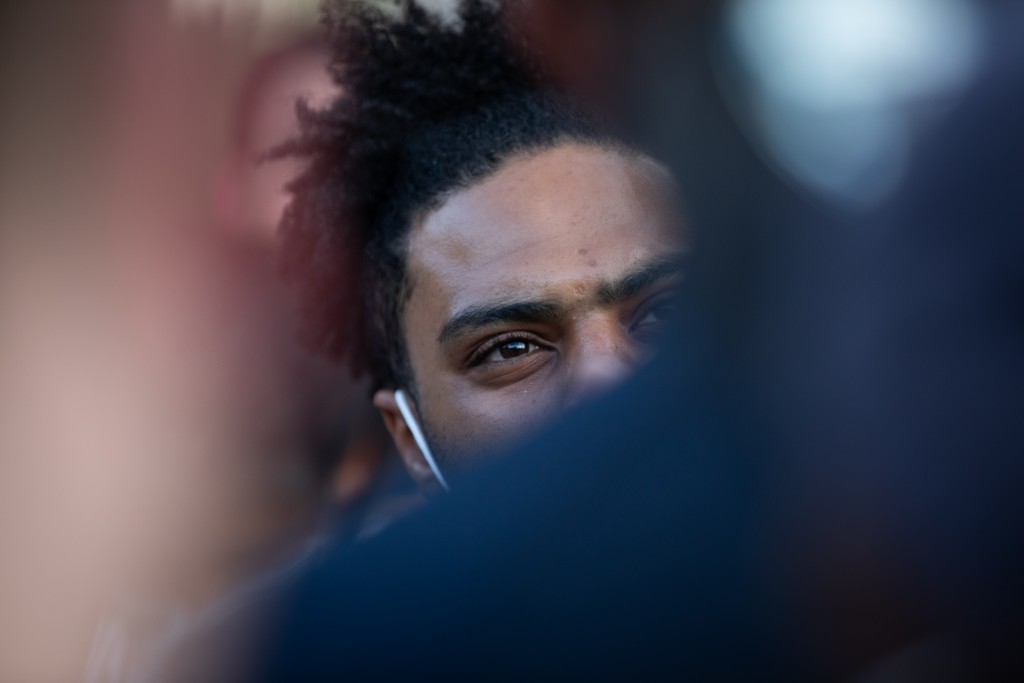 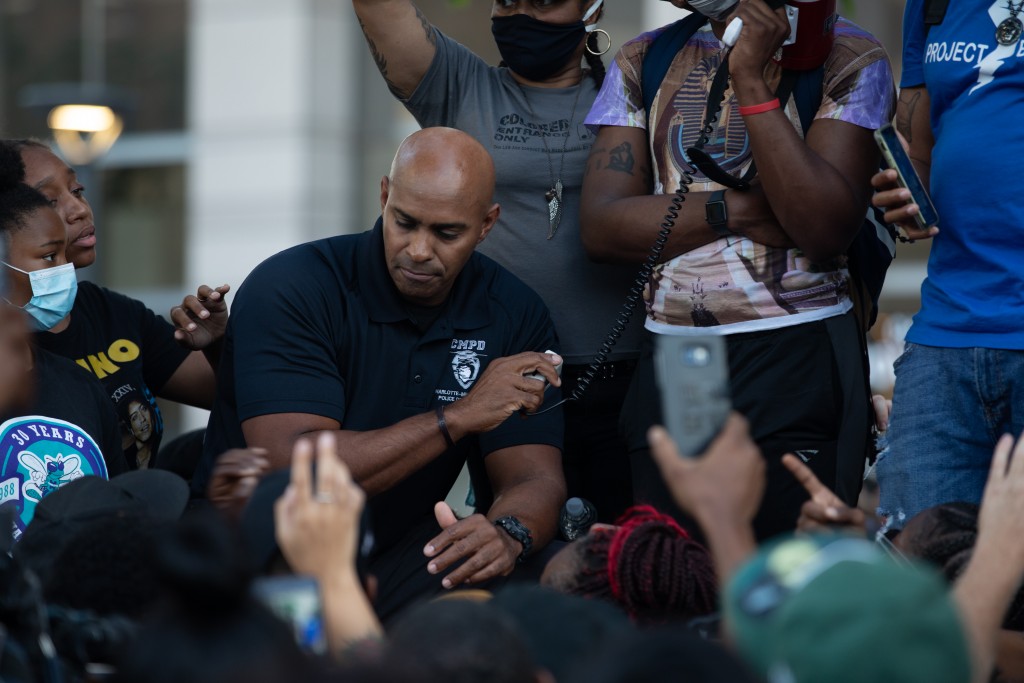 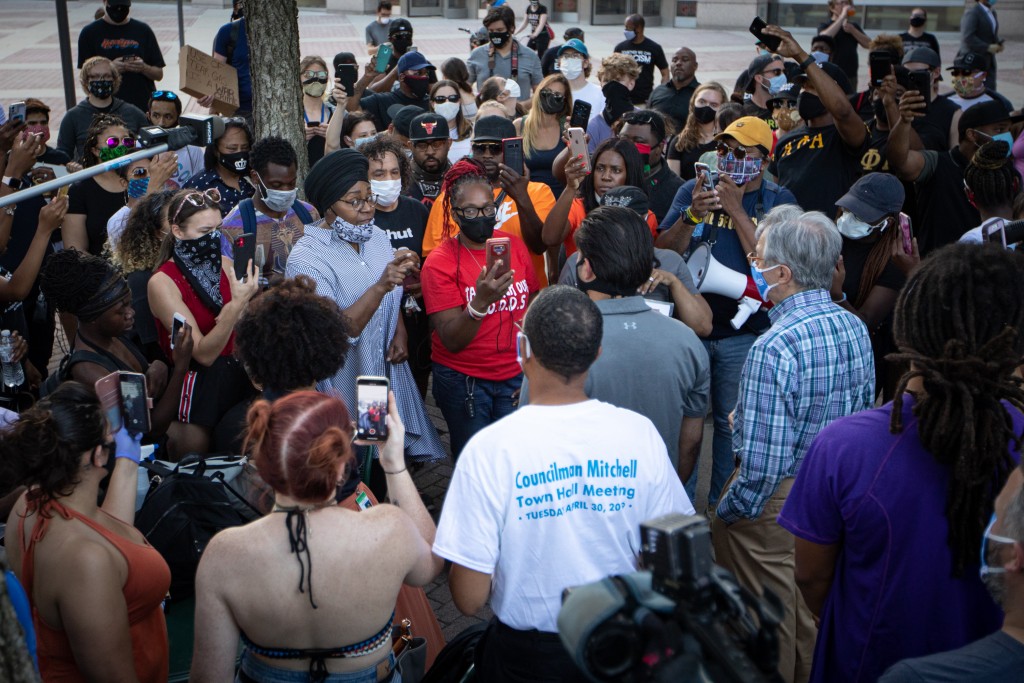