Charlotte protesters headed to Gastonia this week for demonstrations in the neighboring city. Earlier this week, a 31-year-old law school student and Gastonia native said that she was treated poorly and after a dispute, was told to leave Tony’s Ice Cream on East Franklin Boulevard because she was wearing a “Black Lives Matter” button. She was then arrested for trespassing after police say she caused a public disturbance in the parking lot, sparking protests for the last few nights. Charlotte Uprising’s jail support efforts have now extended to the Gaston County city, as more than a dozen have been arrested since Tuesday. Photographer Logan Cyrus captured Thursday night of the protests. 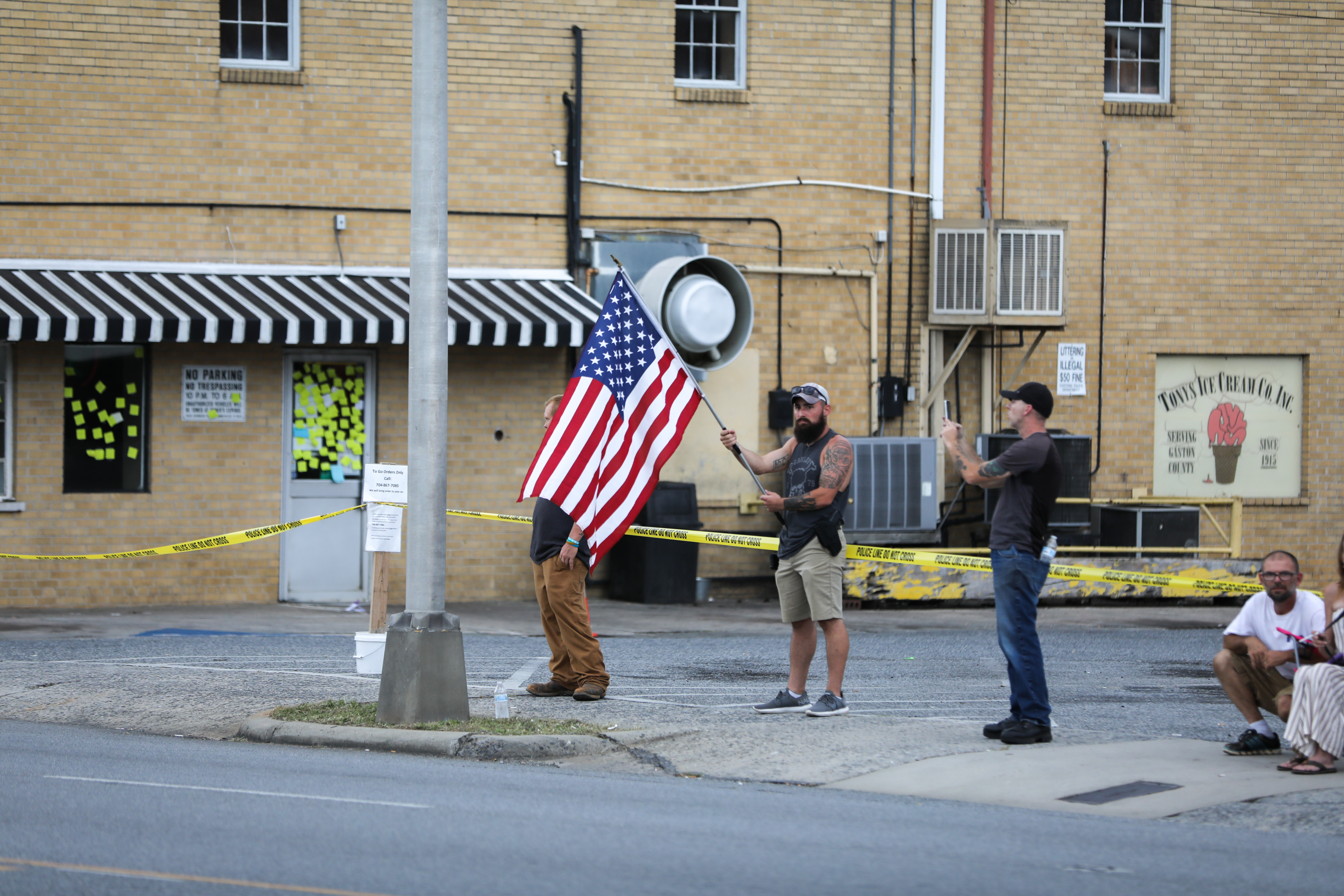 Some protesters said they were “protecting” the ice cream shop over the past few days. 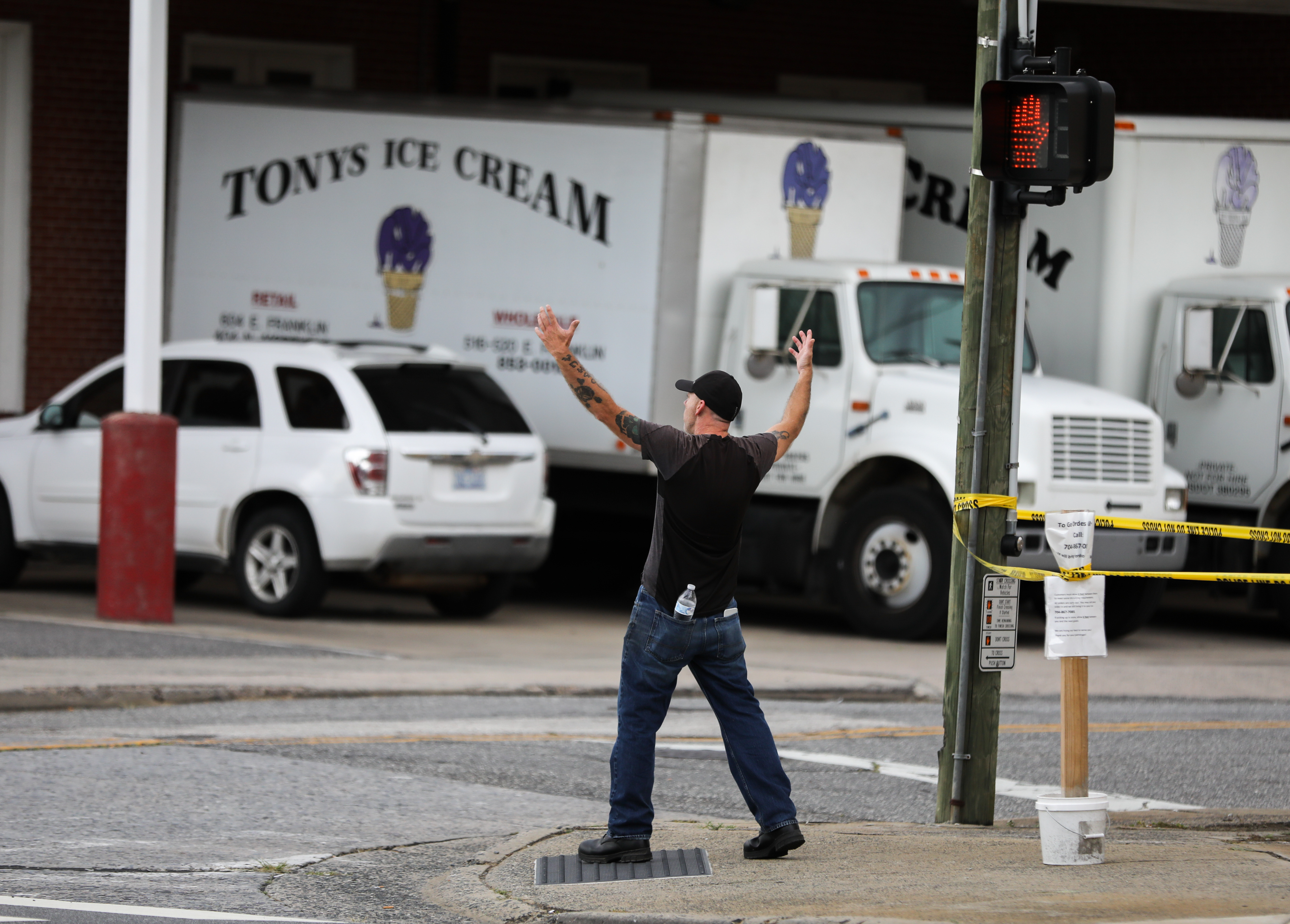 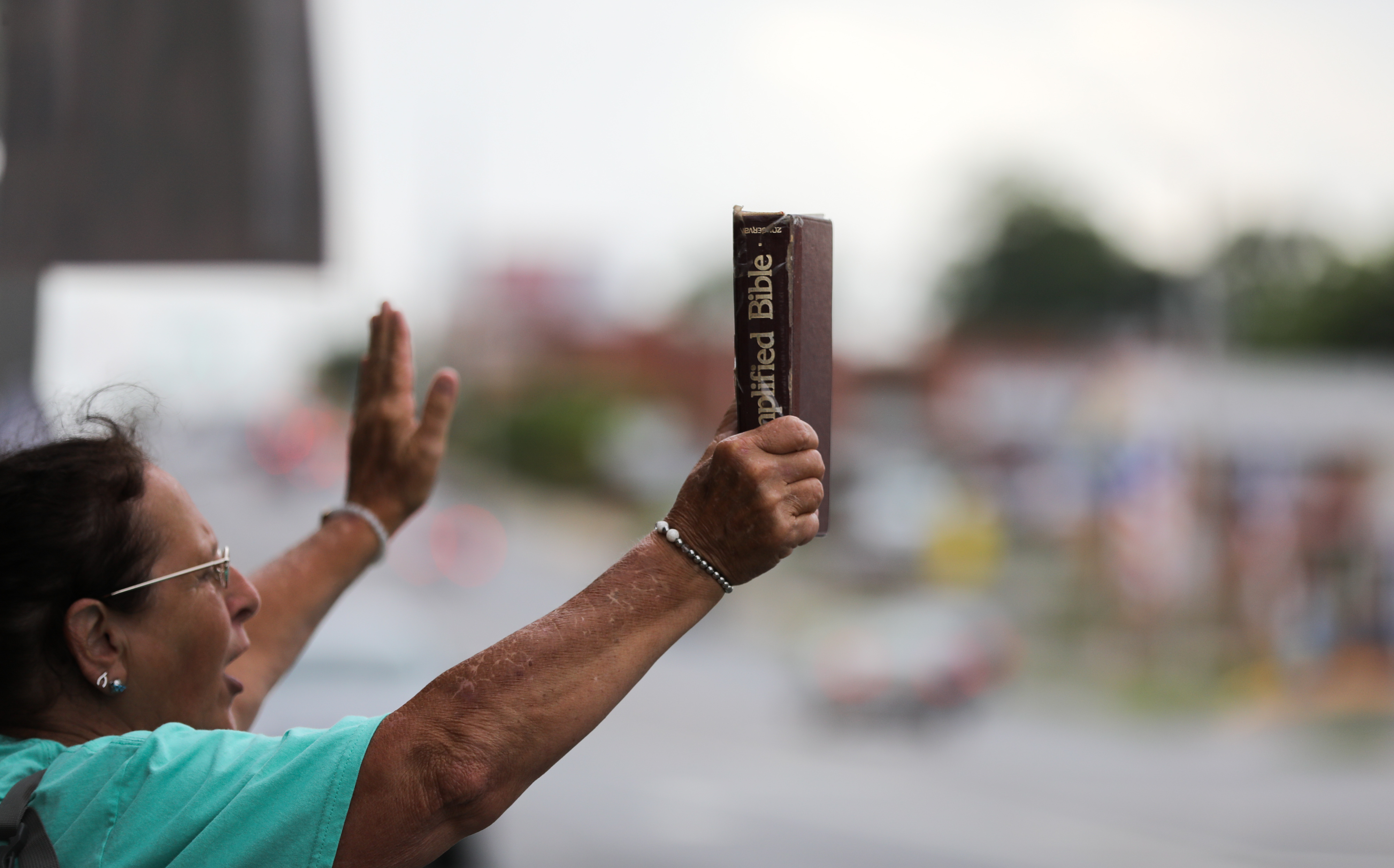 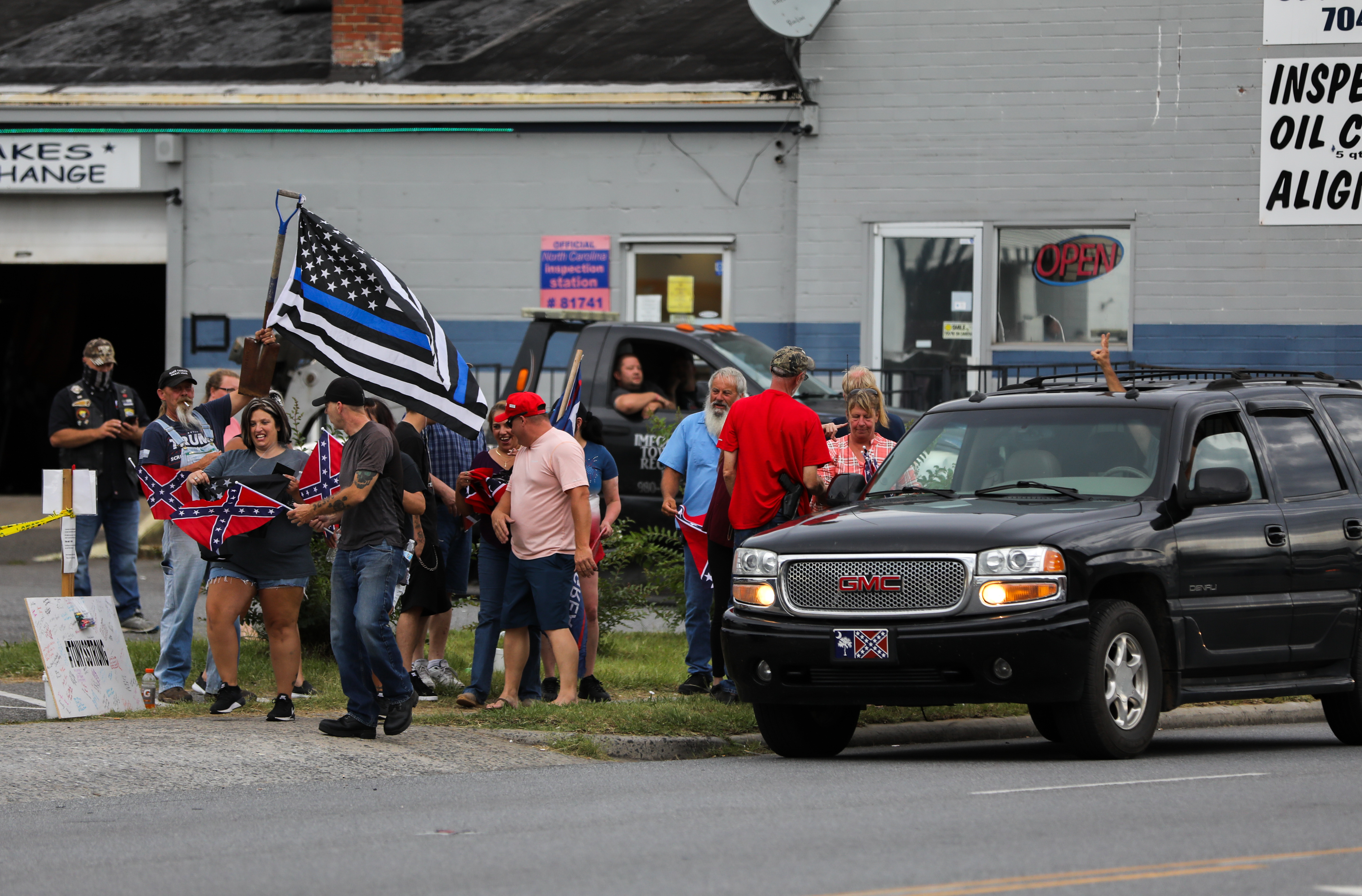 A man drops off a set of Confederate flags for protesters. 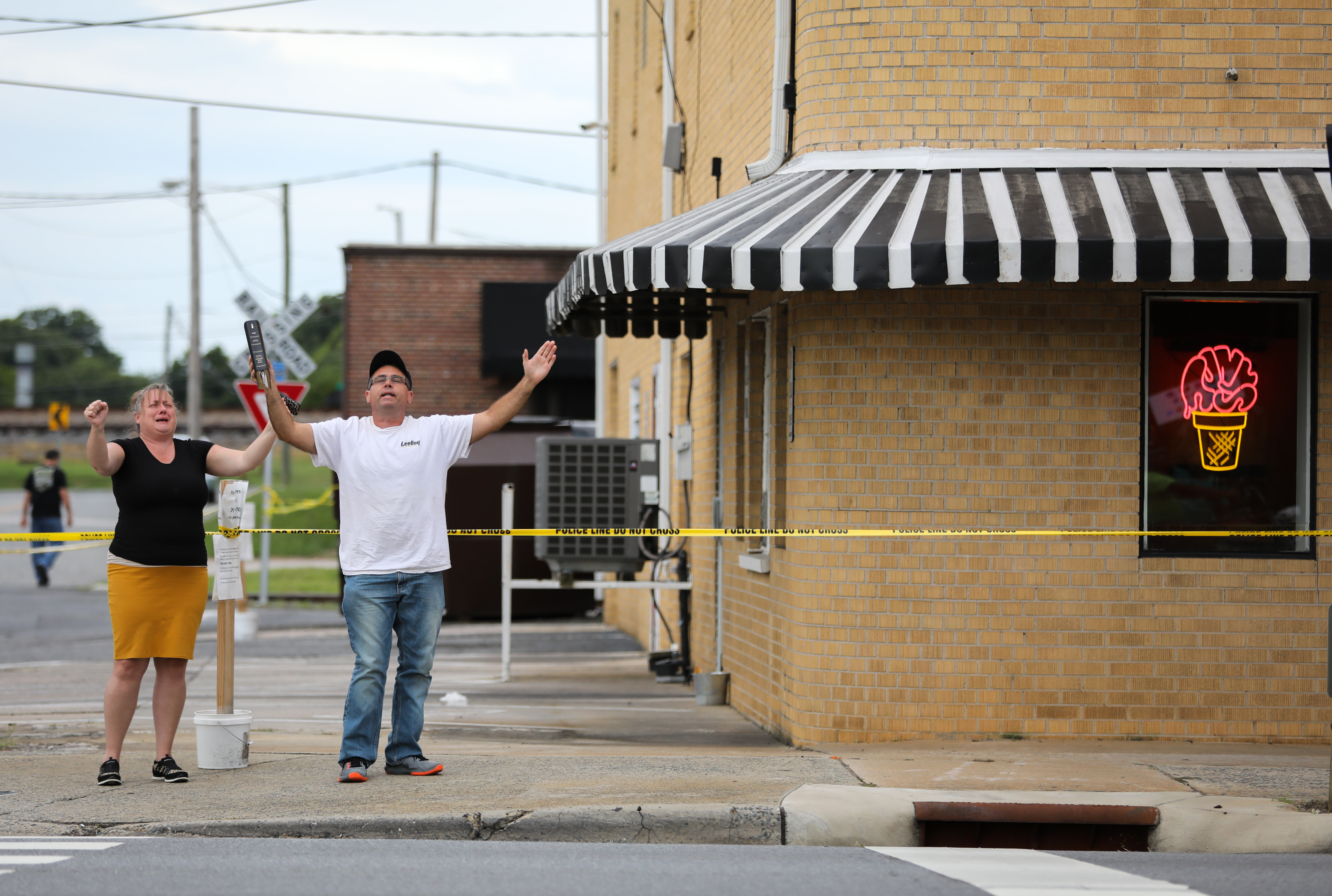 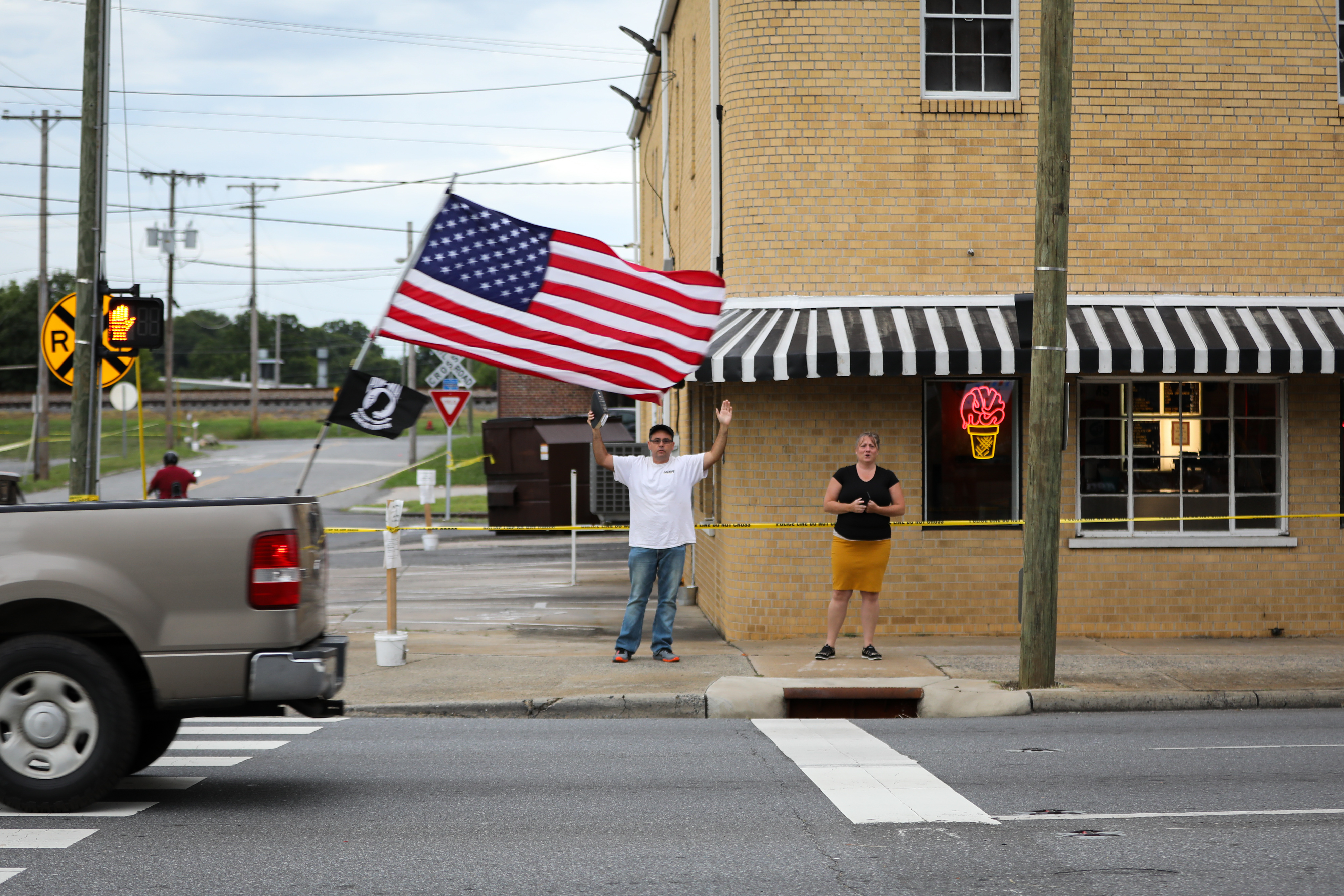 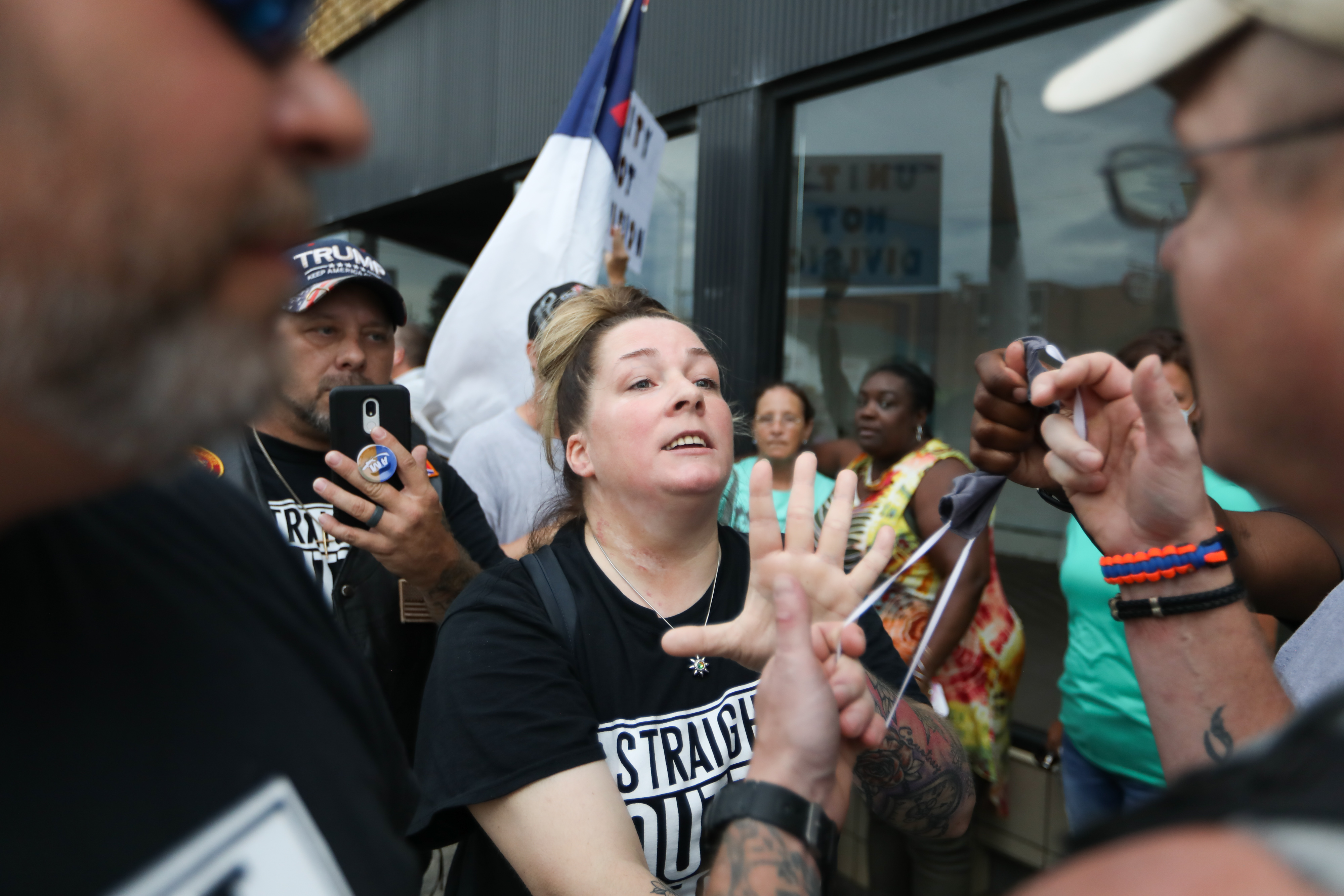 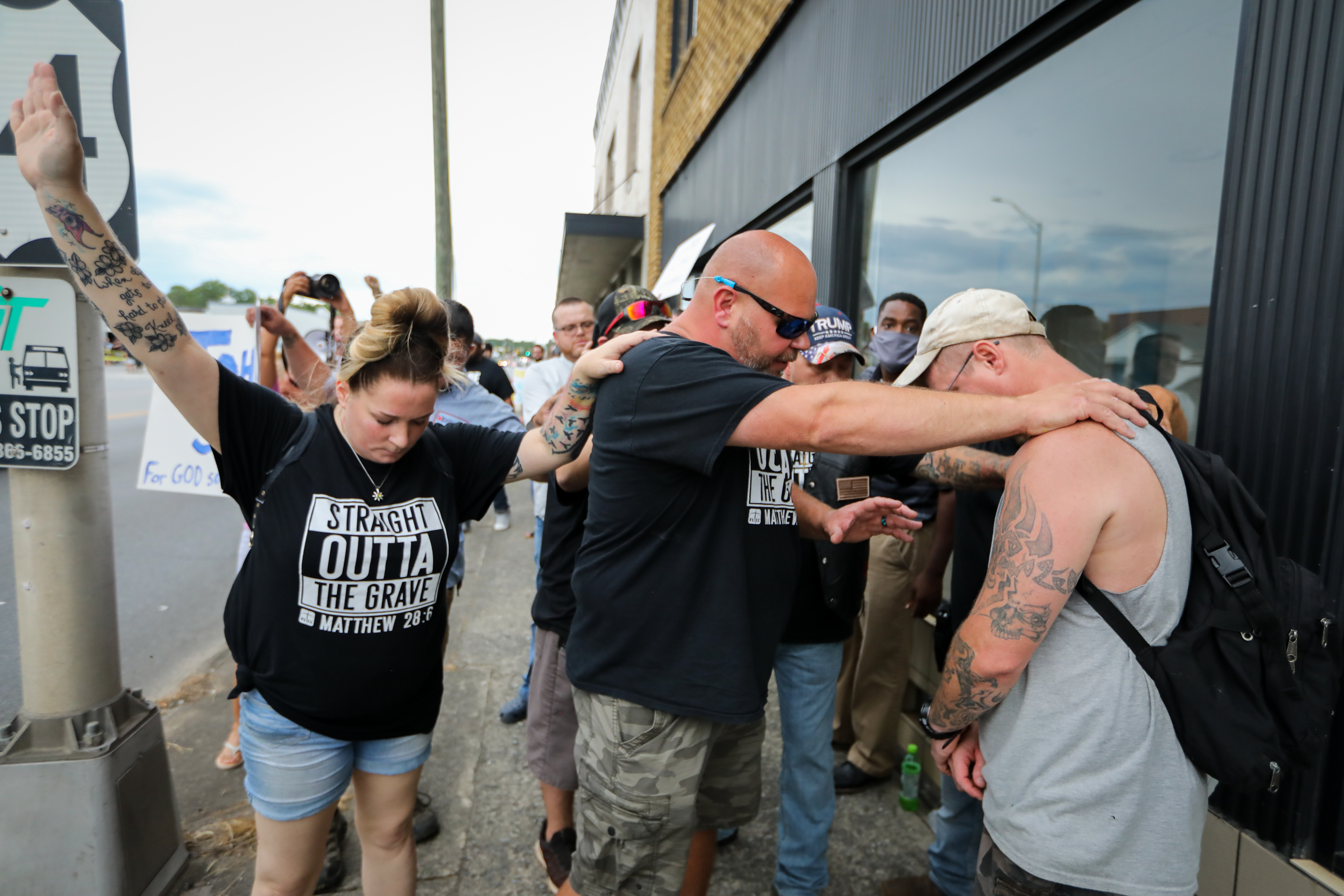 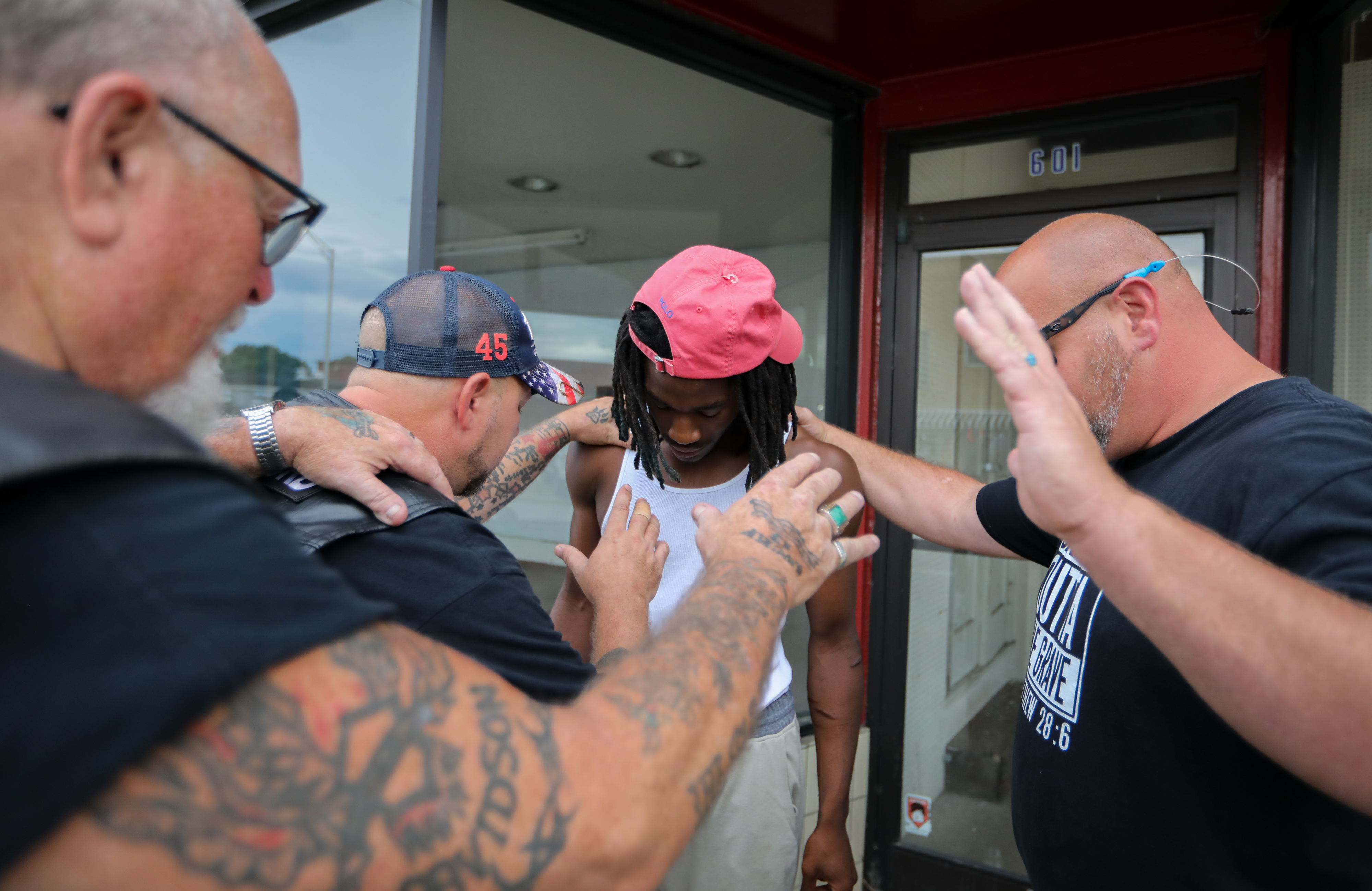 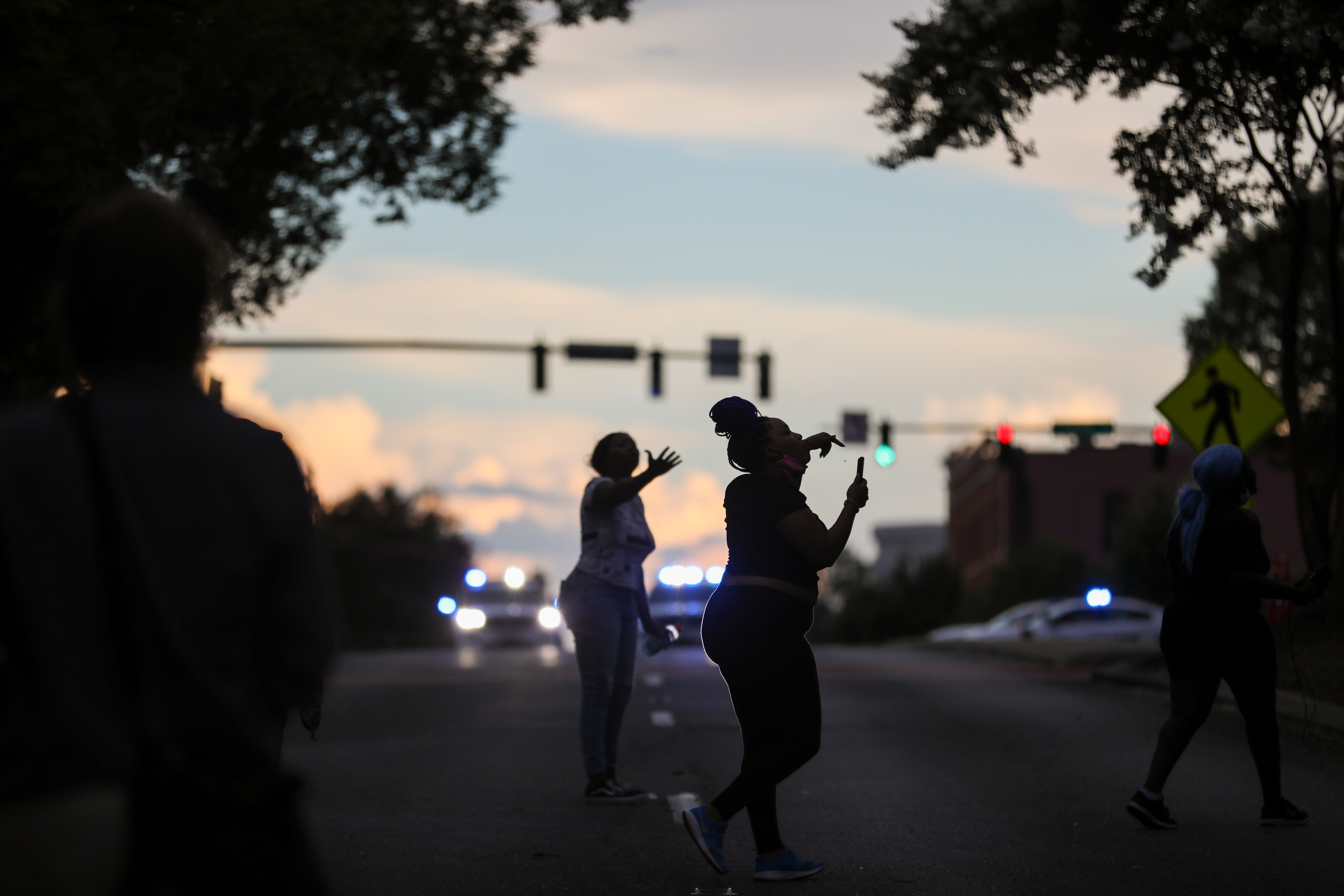 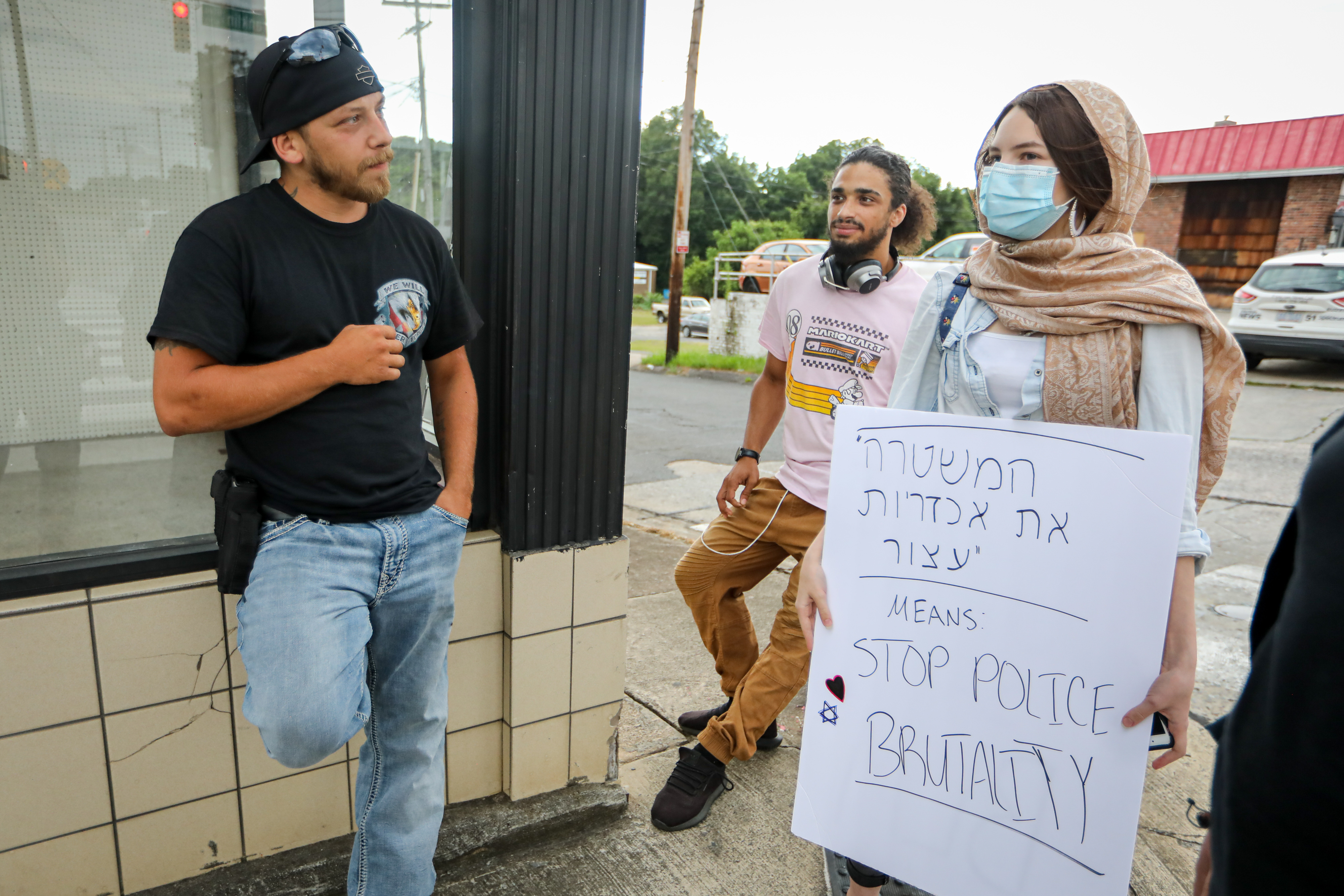 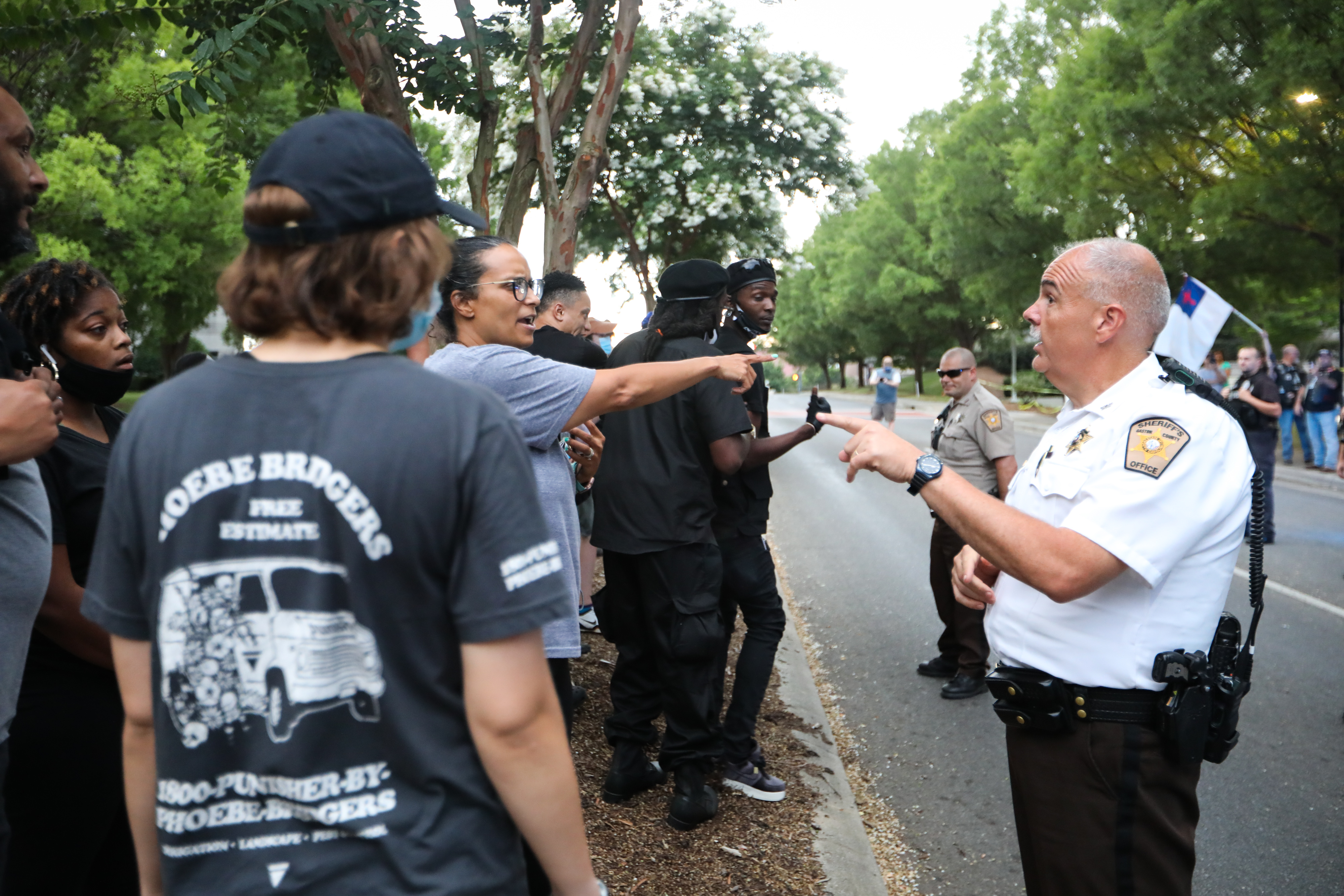 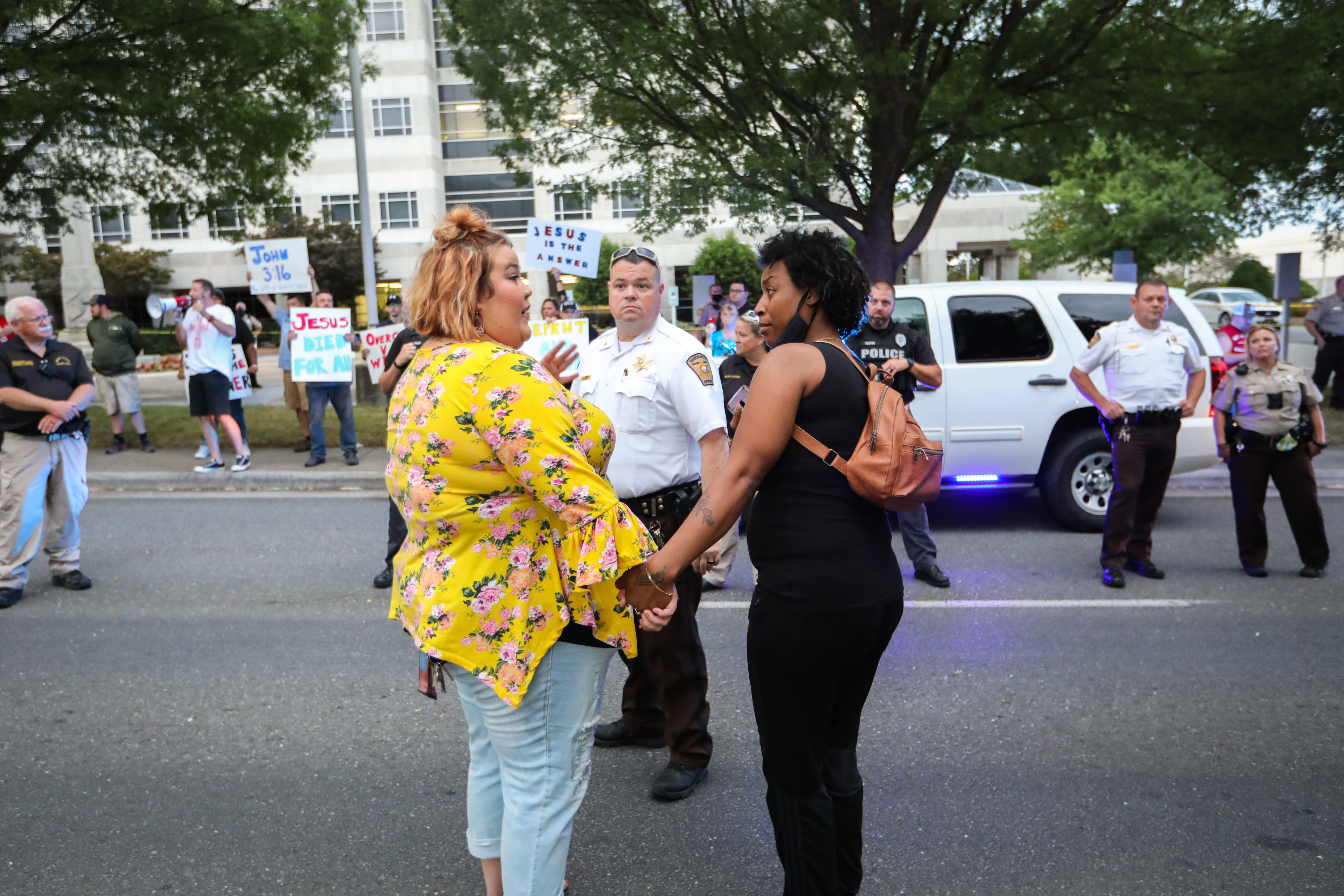 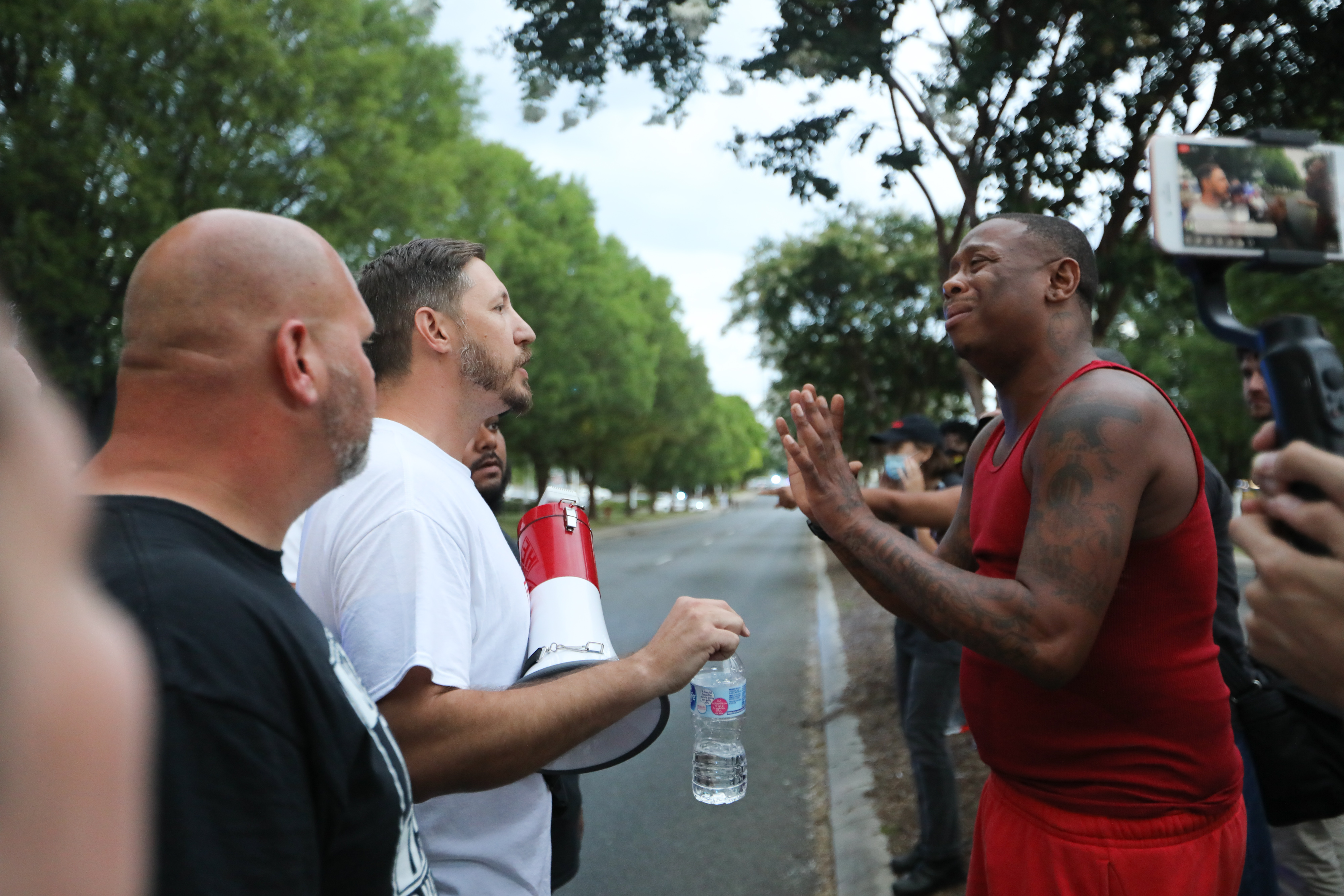 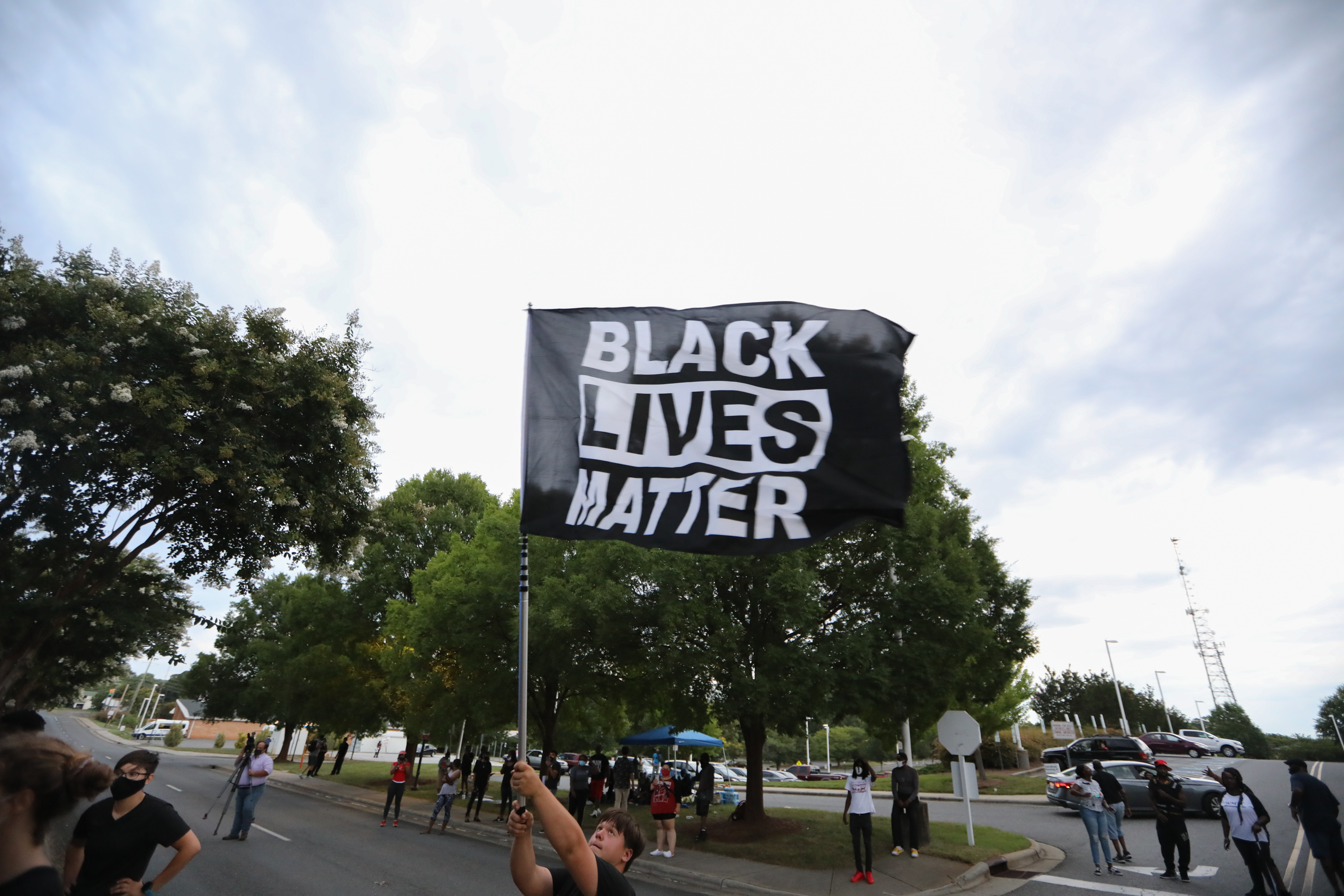 Flags flying at the protests include American, Confederate, Black Lives Matter, and a “Thin Blue Line” variation of the American flag. 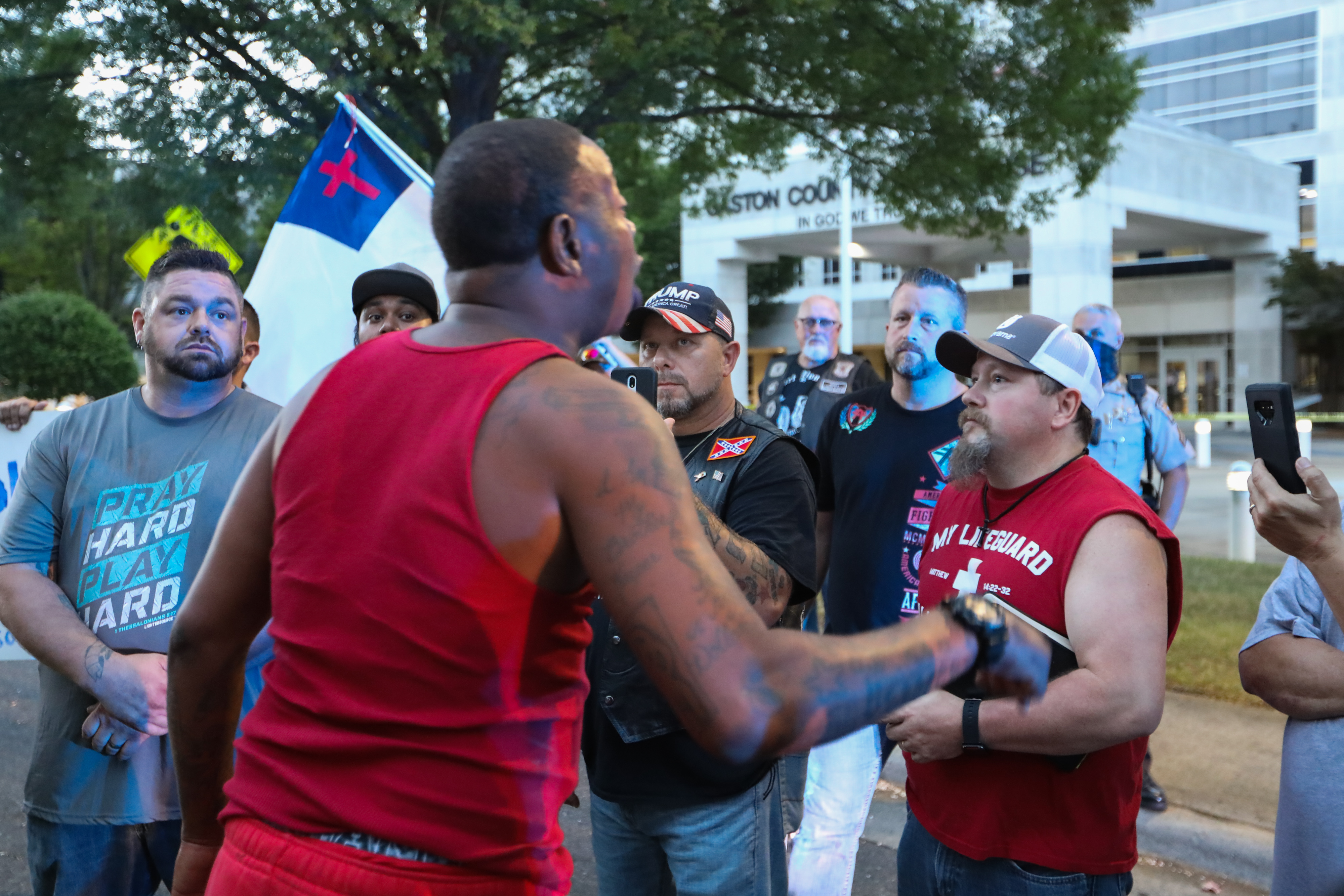 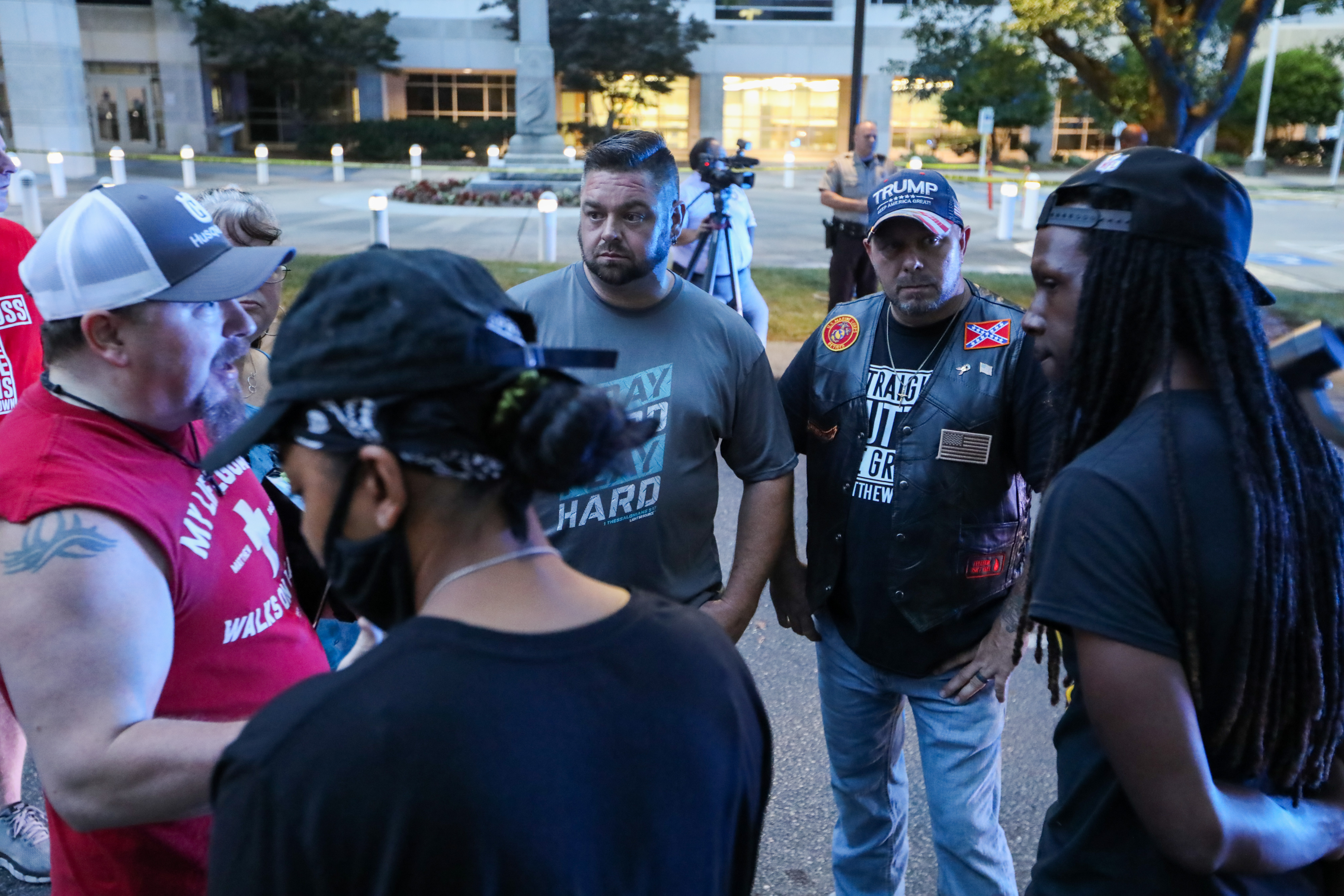