The local brew competition returned for 2021. The results:

We brought back our annual Beer Bracket ballot in May on charlottemagazine.com. We matched up 32 local brews in a March Madness-style competition—initially divided into four categories: IPAs, Lights, Darks, and Sours. Thousands voted, but several contests came down to single-digit wins.

How the beers were chosen: We introduced new rules to the selection process this year.

» No beer from our first Beer Bracket in 2020 was eligible.

» Breweries had to be either inside or within three miles of the I-485 loop. Businesses based outside of Charlotte were eligible, as long as they actually brew beer in Charlotte.

» Beers were selected based on rating on BeerAdvocate and Untappd; national awards; and general availability. Only one beer per brewery this year.

» Seeding was based on opening date, where applicable. See the entire bracket at the bottom of this story.

Now, here are the winners … 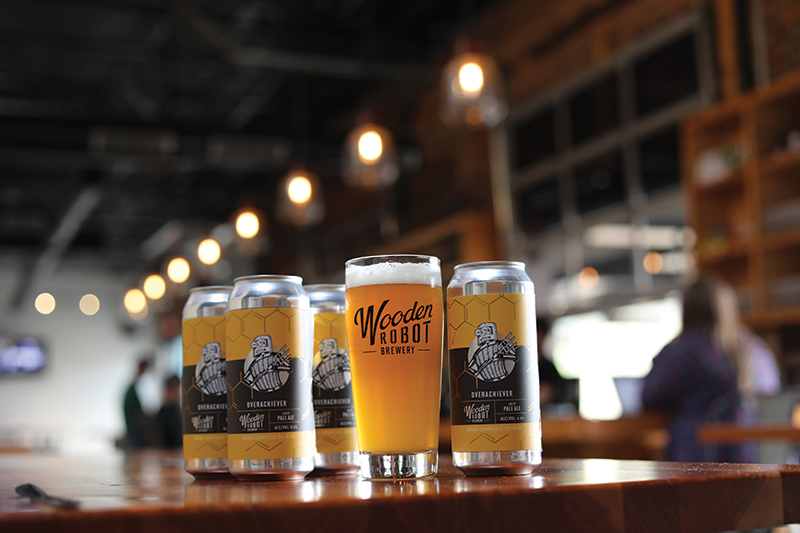 It seems fitting that a pale ale called Overachiever would be the beer to best a wildly popular Imperial IPA. At 5.3%, it’s a little more than half the ABV of Hop Cakes, but that’s what Wooden Robot head brewer Dan Wade set out to do: pack the character of a hazy, heavy-hitting, New England-style IPA into a more approachable, “obsessively drinkable” pale ale.

“We originally wanted to brew it as a brewer’s beer,” Wade says. “At the end of the day, as a brewer, you want to have a low-alcohol beer that still tastes great with full flavors and won’t get you inebriated.”

Overachiever was on the original lineup at Wooden Robot, which opened in 2015 in South End before it expanded to NoDa with a new wood-aging facility in 2019. Despite being a “brewer’s beer,” it’s grown in popularity and is now regularly canned. In Charlotte magazine’s friendly competition, it cruised past brews that include the beloved Jalapeño Pale Ale from Birdsong Brewing.

“IPAs can turn people off because of the bitterness, which can be polarizing,” Wade says. “We were able to make something that really has some broad appeal, with a soft mouthfeel and that haziness. (Overachiever) is flavorful enough to make it noteworthy but light and easy enough so you’ll enjoy more than one.” 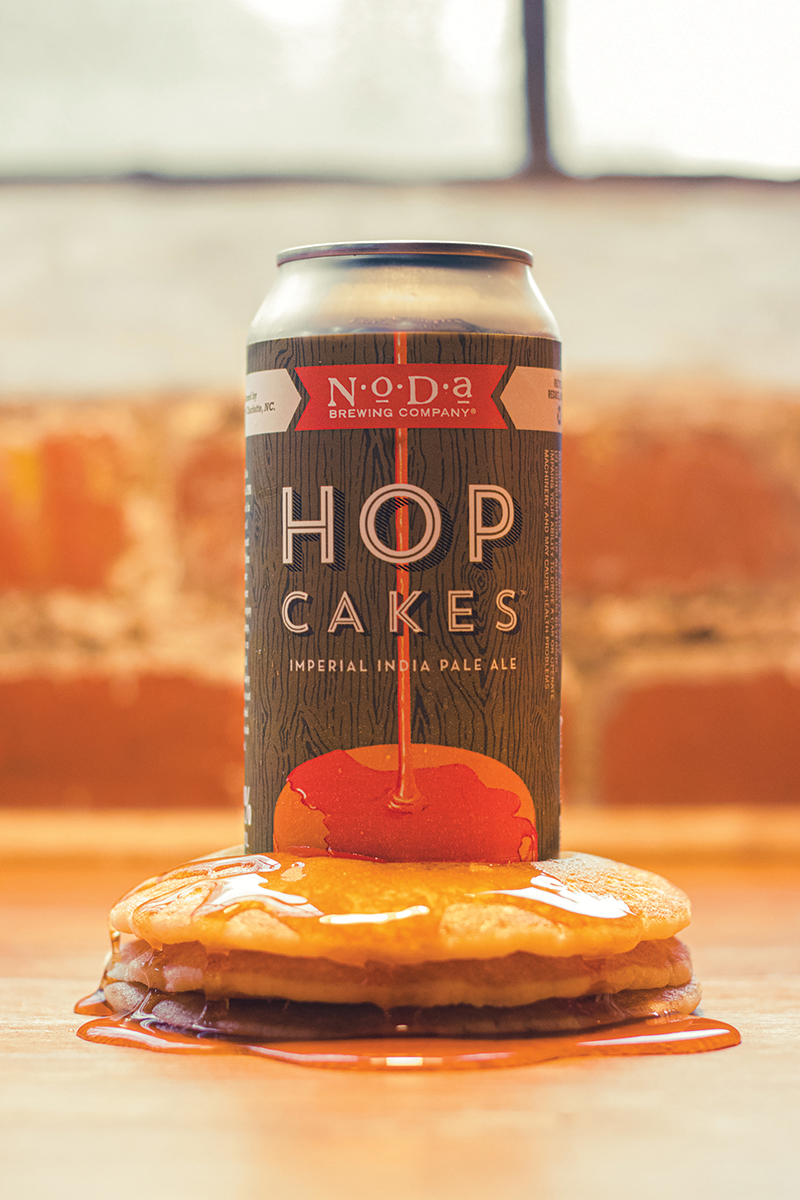 This Imperial IPA made it to the final round but fell to this year’s champion by a few dozen votes. Hop Cakes, which debuted in cans in 2015, combines sweet citrus and hops with the taste of Vermont maple syrup, of which 110 pounds are used in every batch. Its popularity inspired NoDa to craft variations for the taproom, including Chocolate Chip Hop Cakes, Blueberry Hop Cakes, and Strawberry Hop Cakes. It sells only the original in cans, though. 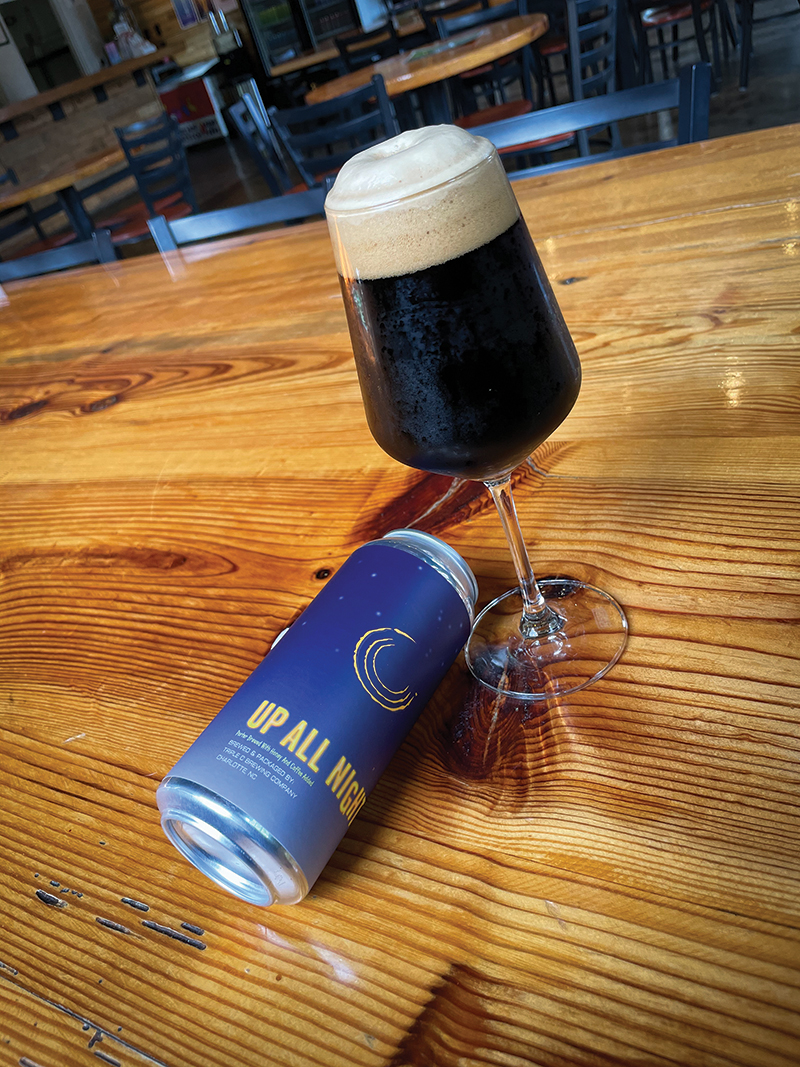 This Dark contender has an “Outstanding” score of 90 on rating platform BeerAdvocate. Among the ingredients that inspired Up All Night Breakfast Porter’s name: German chocolate malts, flaked oats, honey, lactose, and an infusion of coffee from Magnolia Coffee Company. Triple C usually releases limited batches around November. A bourbon barrel-aged version, which they typically release in the weeks that follow, adds a toasty, richer layer to the fan favorite. 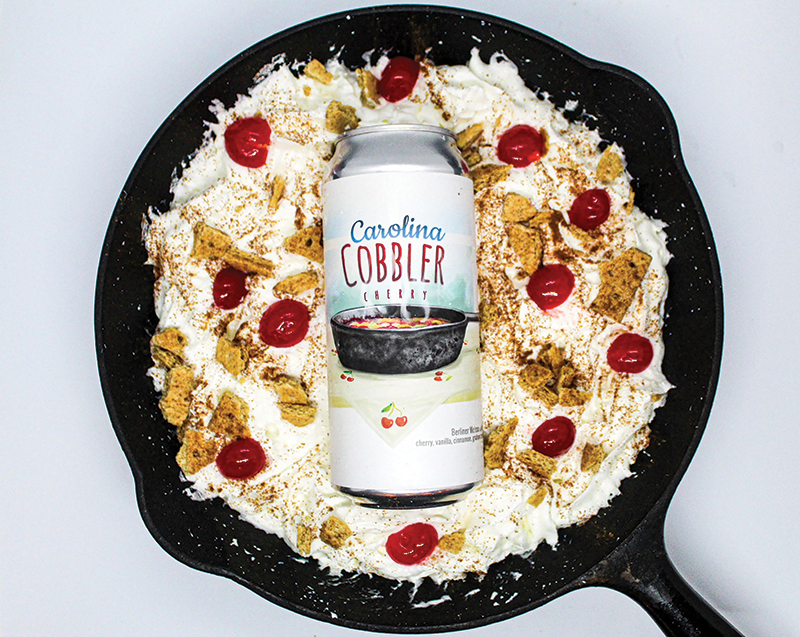 Divine Barrel created this Berliner—a wheat beer style known for its cloudiness and sour quality—to conjure images of cobbler cooling on your grandmother’s windowsill. They accomplished that by combining cherry, Madagascan vanilla, cinnamon, lactose, and graham crackers. Its drinkability has converted those who usually avoid sours. The brewery also makes peach and blueberry variations of the beer. 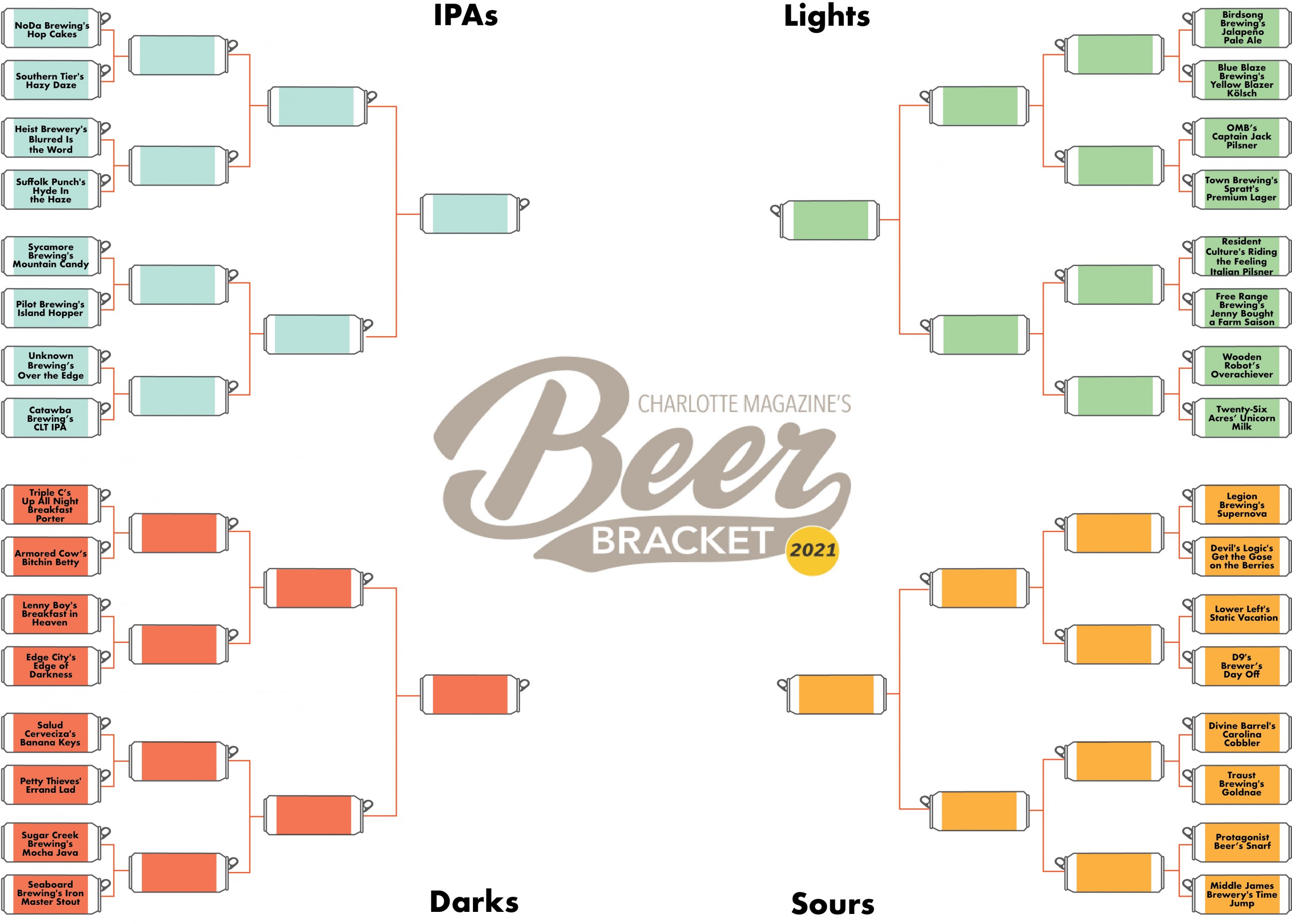