Few people have influenced Charlotte like Harvey Gantt and Leon and Sandra Levine. The current mayor and one of the city’s other top philanthropic couples share how and why 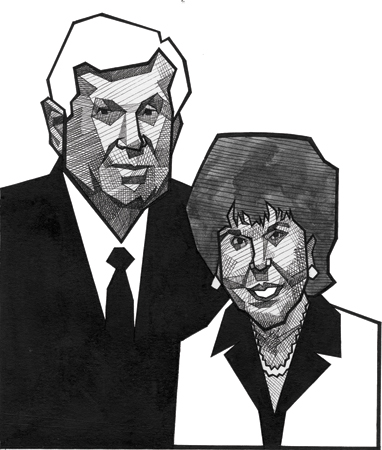 No two couples have had the philanthropic impact in Charlotte as Sally and Russell Robinson and their friends Leon and Sandra Levine. The Robinsons’ civic involvement is long and deep. Sally founded what would become Levine Museum of the New South and has been active with the public library and the Foundation For The Carolinas. Russell has chaired the board of the Duke Endowment and the UNC Charlotte Foundation. The Levines came later to philanthropy, but have made up for lost time. Leon Levine founded Family Dollar Stores in 1959. He retired a billionaire in 2003, then set out on his second career—giving money away. Sandra helped start the Leon Levine Foundation. —Richard Thurmond

I first met Leon when I was on the other side of the table as a lawyer for his initial stakeholder, whom he was buying out after opening only about three stores. My next and only other encounter before we became friends was as a lawyer representing an unhappy associate suing him and the company. In both cases I faced an adversary committed to the business he created and nurtured with a passion and complete moral integrity that I admired greatly. Again, years later, I was fortunate to become a friend working with Leon and Sandra in the remarkable transfer of that passion and integrity from the company he loves to the community they love. Our community is truly blessed by the loving partnership of Leon and Sandra that moved so happily from great success in business to great success in philanthropy. And, as Hugh McColl has said, they did it in that order.

I first met Sandra twenty-two years ago when we sat near each other at a civic luncheon hosted by the late Bill Lee (former CEO of Duke Power). We had a good time talking about how uptown Charlotte looked in the 1950s when, as a school girl, she would come with her mother from their home in Anderson, S.C., to shop. About a year after we met, I was helping to start a history museum and I thought about Sandra and wondered if she might enjoy serving on the founding board. I called her up and asked if I could come by to see her. Levine Museum of the New South owes so much to Sandra and Leon—not just their philanthropy, but also the enthusiasm and support they showed the museum from the very beginning, even when it was little more than a dream. Sandra was a great board member. It means a lot to me that it was around the forming of the museum that Sandra and I built our close personal friendship. Sandra and Leon have a love affair with our city, and this shines through more and more as they continue their amazing giving back to the community. 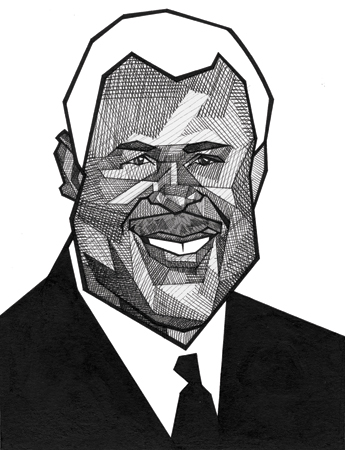 Not only was Harvey Gantt the city’s first African American mayor, he’s the first mayor that Anthony Foxx really remembers. Foxx, forty, was growing up on the city’s west side when Gantt was elected Charlotte’s mayor in 1983. Gantt’s political career ended in 1996 with his second unsuccessful bid for U.S. Senate, but he continues to exert influence here. He chairs the board of Charlotte Center City Partners as well as the Steering Committee for Charlotte in 2012, which is the group handling details for the Democratic National Convention. —Richard Thurmond

You cannot walk through Center City Charlotte without experiencing the impact of Harvey Gantt. Armed with an architectural degree from Clemson University, a master’s degree in urban planning from the Massachusetts Institute of Technology, and a long and distinguished tenure on the Charlotte City Council and as mayor, Gantt has taken a deep interest in what he calls our region’s living room. If others had heard him in the mid-1980s, we would have had a thriving Center City more than twenty years before it happened, and retail would be more fully part of life in our urban core. Still, we have plenty of examples of his influence: the Tryon Street mall, buildings he’s designed including TransAmerica Square and UNC Charlotte’s new Center City Building, and a building named for him—the Harvey B. Gantt Center for African-American Arts + Culture. Mayors often build cities with ideas. Mayor Gantt did so with his ideas—and his bare hands.