He grew up in poverty, raised by a single mother, and was forced from home by Hurricane Katrina. His life since is a testament to perseverance and the value of being there

Carolina Panthers cornerback Donte Jackson is committed to helping people who need it, in part because he once did. Jackson grew up in Shrewsbury, an impoverished area just outside New Orleans. His mother raised him and his three siblings because his father was in prison. The family fled New Orleans during Hurricane Katrina in 2005, when he was 9, and upon their return had to rebuild their lives in a devastated city. Through it all, Jackson’s mother, Yashica, preached work ethic and the importance of family. 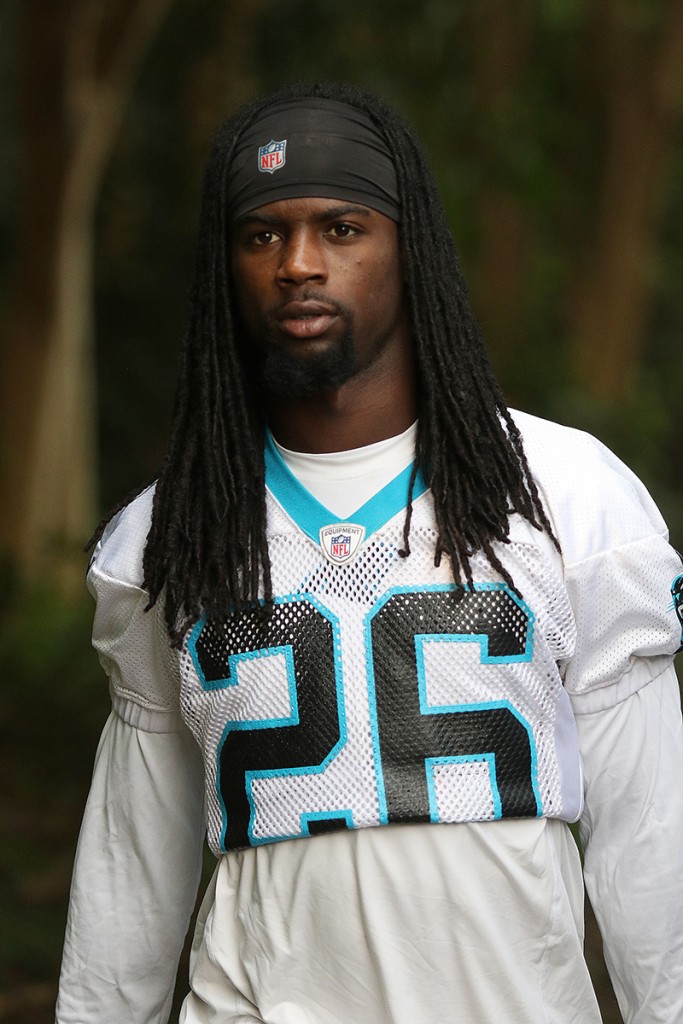 Panthers cornerback Donte Jackson has emerged as a leader on the field, where he was one of the team’s captains for 2021, and in Charlotte, where he devotes time and energy to service agencies. Icon Sportswire/John Byrum via GETTY IMAGES.

In high school, Jackson became a star in football and track, and he committed to LSU in 2015. After three seasons, he departed for the NFL; the Panthers drafted him in the second round of the 2018 draft and signed him to a four-year, $4.8 million contract. As an established starter and one of eight team captains for the 2021 season, Jackson has settled into a leadership position on his team and in his city: He works with charities like Big Brothers Big Sisters of the Central Carolinas, Operation Warm, and Safe Alliance Charlotte.

In 2019, Jackson hand-delivered 150 pairs of new shoes and blankets to Safe Alliance, which helps victims of domestic violence and sexual assault, and spent time with children in the agency’s shelters. At the height of the pandemic, he donated coats to children through Operation Warm and followed up by “dropping in” via Zoom during their virtual school classes.

Jackson, 26, lives up to his nickname, “Action,” and his deeds match the principle he shares with his 3-year-old daughter, Demi: Nothing is unobtainable. You just have to go get it. He says his primary goal is to be there, for his family and his community.

Here is Donte Jackson in his own words. Responses have been edited lightly for length and clarity.

I wasn’t a kid that grew up with everything that I wanted. Just having somebody positive in your life, just to check on me, to see how I’m doing—I didn’t really have that. That’s one thing I always told myself: When I make it big, I’m going to make sure that I’m not like a celebrity to my community.

I’m big on making sure that I’m vulnerable to the community. I’m vulnerable for kids and families who need a positive person that they can talk to or feel like they can connect with.

You had some drugs (in Shrewsbury). You had your fair share of violence. I think the biggest thing that my neighborhood always had was a tight-knit community. Everybody knew each other.

We were part of that last surge of people to leave once we realized that (Hurricane Katrina) was serious. Two days before landfall, we went to Lake Charles, Louisiana, the last city before Texas. Me and my family, 16 of us, all piled up in one hotel room for two or three nights, then we ended up going back to New Orleans, thinking that it would be all right for us to get back to life. Then we realized we didn’t have anything left, so we ended up going to back to Lake Charles.

By that time, a couple more rooms (in New Orleans) had freed up. I think FEMA was helping people get rooms, so we were able to get two rooms. A couple days later, we were able to get three rooms. At that age, I felt like we were on vacation. We didn’t really realize how historic it was until a week or so later.

My mom worked as a cake baker. We did what we could to stay out of the way, go to school, do all that. It was one day at a time.

My upbringing definitely made me stronger. It made me realize that things happen, and it’s all about how you come out of them and how much work it takes to get to where you want to go. My upbringing showed me that nothing is unobtainable. Look at me, at where I lived, what kind of car my mom drove, what clothes I wore, and you see me now? You would think there’s no way this kid from the ghetto obtained all this. It’s all about your attitude.

My mom has always had a smile on her face. She was always the sweetest person in the room. That rubbed off on us. Regardless of what we were going through, she was always making sure that we were at school on time, we had breakfast, we had haircuts. It made me really want to go out and not make any excuses. It’s all about the work you’re going to put in to get to where you are. 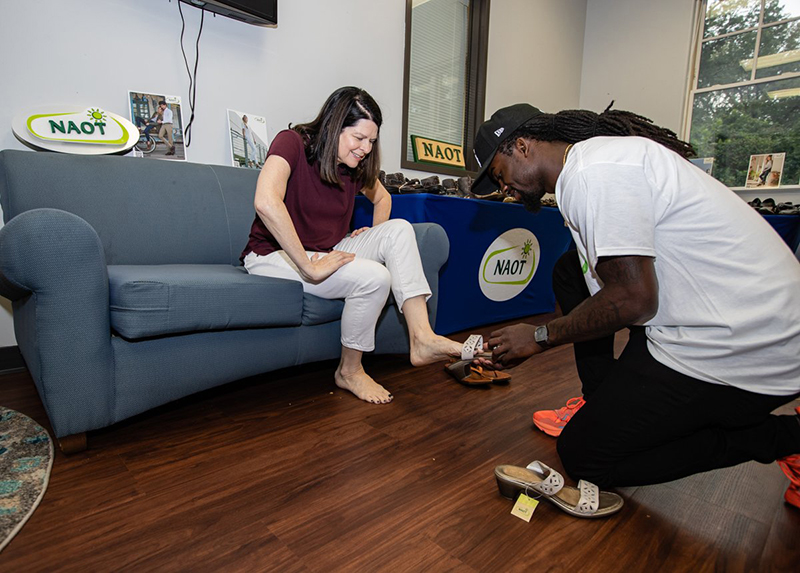 All of us, when we were young, were like, “Oh, I want a big house. I want all this money.” Nah. When I found out I was having a daughter in college, I knew I was going to get drafted in the NFL, but my whole thing was, I just wanted to be present. I just wanted to make sure she knew that she doesn’t have to worry where I am.

I remember nights, even though I knew my pops was in prison, (thinking) I wonder what he’s doing. I wonder where he is. I never wanted her to feel like that. She’s 3. We have a way of communication where my girl(friend) looks at me sometimes like, What are y’all talking about? Because we are over there dying laughing. It’s making sure she can always be on my hip. She can always be by my side. Whether she’s going off to college or right upstairs in her room, I always want to make sure I am present and that she knows that I’m always available.

My father and I always had a good relationship, even when he was behind a wall. He ended up coming home when I was 23. I’m taking advantage of the time we have now. He has a great relationship with my daughter.

When I wake up in my house and I go to my garage, I can pick what car I want to drive. I go in my daughter’s room, and she has all the clothes and toys that she wants. My mom lives in a nice neighborhood, she has a nice car, she doesn’t work anymore. My sister, my brothers, my cousins, my aunts, they all can call me any time they want, and they’ll be good. When you’re young and you see everybody struggling, you want to be that generational shift, that person who can come in and grow up and do things the right way and make sure generations under you can have the things that you couldn’t have growing up.

I was raised by all women. I have a sister who is one of my best friends. I feel like women are the most powerful beings on this Earth, so I’ll do anything just to make them feel good, to give them a sense of a smile, whether that’s for the day or that’s for the week. Knowing I can go (to a battered women’s shelter) puts smiles on those women’s faces, to talk to the kids. I’m all for that.

Carroll R. Walton, a former sportswriter for The Atlanta Journal-Constitution, is a freelance writer in Charlotte.