The 12 men, graying or bald in slacks and business-casual shirts, sit silently at a Y-shaped table. Some stare straight ahead in disbelief, hands clasped at their mouths. One, Dwight Jones, removes his thick black glasses and wipes away tears as another, Kenny Davis, reaches out and rubs his shoulder.

At the head of the table is 35-year-old Huntersville filmmaker Rory Karpf, who has just shown the group the ending of the game that still haunts them. Forty years ago, they were the U.S. men’s basketball team competing in the 1972 Summer Olympics in Munich—a team that, at the apex of the Cold War, played the Soviet Union in the gold-medal game. The conclusion of that game is usually referred to as “controversial”; in reality, it’s one of the greatest swindles in sports history. Karpf is there to film their reunion and record the answer to the question: will this team finally accept its silver medals?

“It was almost like 12 Angry Men,” Karpf says in late January at a coffee shop near his home. “These guys hadn’t all been together in a room for 40 years, since the locker room after the game in ’72, and the emotions were still so strong. Guys were openly crying.” 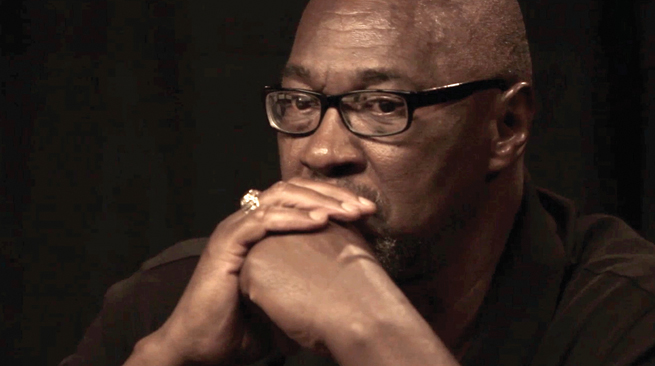 Their anger and grief stem from the final three seconds of the game. With the U.S. leading 50-49, the Soviets requested a timeout. Game officials—through error, miscommunication, and intrusion by an international basketball administrator—granted the Soviets three chances to score the winning basket, which they finally did (see sidebar for details). The American team refused its silver medals and did not attend the awards ceremony. American officials appealed twice and lost. It was Team USA’s first basketball loss since the sport became part of the Olympics in 1936.

ESPN released Karpf’s short film about the gathering, Silver Reunion, online in late March as part of its acclaimed “30 for 30” documentary series. One of the most passionate characters in the film is team member Tommy Burleson, who went on to help NC State win an NCAA championship in 1974 and now lives in his native Avery County. He says he wants neither the silver medal nor a potential compromise raised in the film, a dual gold. “We won the game,” he says.

The Soviet Union won the 1972 Olympic men’s basketball final 51-50, scoring the winning basket in the last three seconds of the game. Here’s how the excruciating loss went down. —G.L.

1. With three seconds left on the clock, American Doug Collins gives the U.S. its first lead of the game, 50-49, by making two free throws. The Soviets try to call a timeout between the shots, but officials don’t grant the request—it’s unclear why.

2. The Soviets inbound. For reasons that remain a mystery, one of the game officials blows his whistle and stops play with one second left. Soviet coaches and players are protesting the failure to grant the timeout, and there’s confusion on the court.

3. During the commotion, International Basketball Federation head R. William Jones orders the clock reset to :03. It’s highly unusual for an administrator to intervene during a game, and Jones later admits he had no authority to do so.

4. Before the clock operator can reset it, the Soviets inbound again. A long pass caroms off the backboard as the horn sounds, and the U.S. team celebrates. But Jones again steps in, saying the clock hasn’t reset.

5. The Soviets’ Ivan Edeshko throws a full-court pass to Aleksandr Belov, who out-leaps American Jim Forbes for the ball and banks in a layup at the buzzer.

This article appears in the April 2013 issue of Charlotte magazine.
Categories: Buzz > Sports, Feature, The Buzz