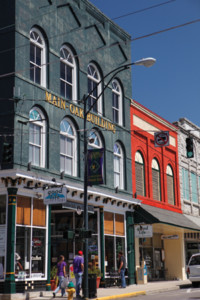 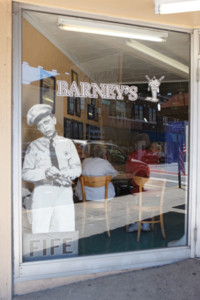 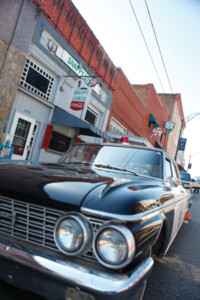 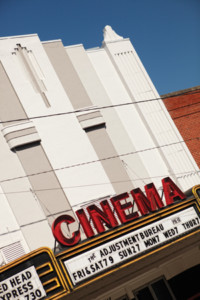 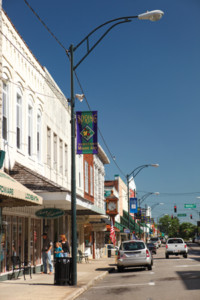 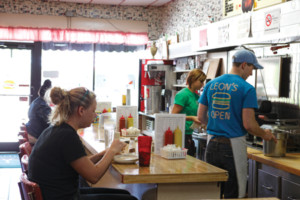 Just a few miles from the Virginia border, this quaint town has had a bit of an identity crisis since The Andy Griffith Show hit the small screen in the 1960s. It's the hometown of actor Andy Griffith and the city is caught between the idyllic world of Mayberry and the real world of Mount Airy. Lucky for you, both are fun for a visit.

You'll need a designated driver for this day trip because en route from Charlotte you'll pass plenty of North Carolina's top vineyards. Just before Mount Airy is Shelton Vineyards, the largest family-owned estate winery in North Carolina. With grounds perfect for picnics and a restaurant offering the vineyard's wines alongside artisanal cheeses and delicious dishes, this is a perfect stop on your way in or out of town. 286 Cabernet Ln,, 336-366-4724

If you're an Andy Griffith fan, then a mayberry Squad Car Tour is practically mandatory. The tour starts at Wally's old-fashioned "fillin'" station and then takes a slow drive down Main Street in a car that looks just like Barney's from the show. You'll pass Floyd's Barber Shop, Snappy Lunch, and even Griffith's childhood home from his time in Mount Airy. 625 S. Main St., 336-789-6743

While most of the crowds in search of the Mayberry experience head over to Snappy lunch, locals pile in to Leon's Burger Express where red stools at the counter allow views of the grill and most of the customers are on a first-name basis with the guy behind it. It's known for the burgers and you can't go wrong with a cheeseburger and fries served up fast from a waitress who calls you "honey" with a smile. 407 N. Main St., 336-789-0849

The cute and casual Bluebird Diner offers plenty of old-timey ambience alongside comfort food like grilled cheese sandwiches, BLTs, and the famous fried onion rings. But on a warm afternoon, there's no better reason to stop by than the diner's sweet and creamy homemade ice cream, shakes, floats, malts, and sundaes. 244 N. Main St., 336-783-0006

Never seen a pork chop sandwich eating contest? Always wanted to meet members of the cast of The Andy Griffith Show? Then the mayberry Days fall festival is your chance. Featuring local bands, a parade, a barbecue cook-off, checkers tournament, and pie-eating contest, the festival goes on for four days with family-friendly activities based on the good old days of Mayberry. This year's Mayberry Days is September 22 through 25. surryarts.org/mayberrydays

The historic main Street Cinema, which has been around for more than sixty years, was originally called the Earle and was a 450-seat theater. In the 1990s the local Arts Council revived the old theater and now screens current feature films six nights a week (closed Tuesday) for just $3 for adults and free for those under 18. 142 N. Main St., 336-786-2222

BLAST FROM THE PAST

If you're interested in Mount Airy's past beyond Andy Griffith, make a stop at the downtown museum of Regional History. A tour will introduce you to other local historical characters like the famous Thai conjoined twins, Chang and Eng Bunker, who retired from the circus to move to a farm just west of Mount Airy. The brothers married sisters and many of their descendants still live in the Mount Airy area, where each year they hold a family reunion. The best part of the museum may be the view from its observation tower, which includes the nearby Pilot Mountain as well as the Blue Ridge Mountains in the distance. 301 N. Main St., 336-786-4478

For a sophisticated end to your day, stop in the bistro-style Trio Restaurant & Bar, just down from Main Street. Dine on Provencal dishes like seared yellow fin tuna, portobello mushroom terrine, and pan-seared organic salmon. Most ingredients — and many of the wines — come from local farms and vineyards. Just outside the restaurant's entrance is a row of rocking chairs, perfect for relaxing after dinner at the end of your day. 247 City Hall St., 336-719-0131