New bottles from Birdsong and Unknown

This Thursday (Oct. 15), you’ll have the opportunity to buy new bottles from both Birdsong Brewing and Unknown Brewing. Here are the details:

This year’s addition to the series is Mongeese on Monkeys, which is Birdsong’s Lazy Bird Brown Ale aged in Queen Charlotte’s rum barrels from Muddy River Distillery in Belmont. MOM comes in at 9 percent ABV, and from the brewery’s description on its Facebook page, “the rum barrels add a smooth, oaky sweetness and accentuate the chocolate and coffee notes of our already boozier imperial version of Lazy Bird Brown. And as always, the bottle design and intricate story behind the beer are top-notch (see below).

Birdsong will begin selling the Mongeese on Monkeys bombers Thursday when the taproom opens at 4:30 p.m. The bottles will be $14 each with a 4-bottle per person limit. Only 50 cases were bottled, so it’d be wise to head over to Birdsong sooner rather than later. The brewery will also have MOM on tap beginning Thursday. 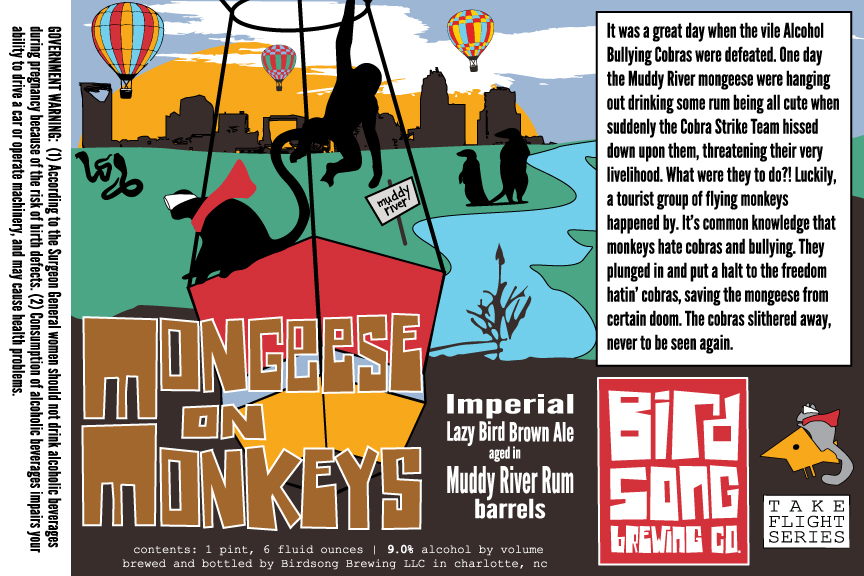 For as fearless as Unknown owner Brad Shell is, there’s one thing he can’t stand: clowns. So much so that he decided to brew a beer to show his true disdain and allow Charlotte craft beer drinkers to enjoy the product of Rise Against Clowns.

Rise Against Clowns is actually a collaboration between Unknown and 7venth Sun Brewing in Florida. The 6.6 percent ABV beer is a barrel-aged sour brewed with blood oranges (sourced from Florida) and cotton candy and fermented with brettanomyces.  Unknown describes it thusly: “The blood oranges give it a pop of citrus flavor and the cotton candy gets fermented out, leaving a subtle vanilla finish. The end result is like a Brett orange creamsicle.”

And then there’s the label, which is tremendously done and could be my favorite so far this year. As you see below, it definitely pulls no punches, in true Unknown fashion. Bottles of Rise Against Clowns will be available at Unknown’s taproom beginning Thursday at 4 p.m., and it will see limited distribution in local bottle shops beginning next week. 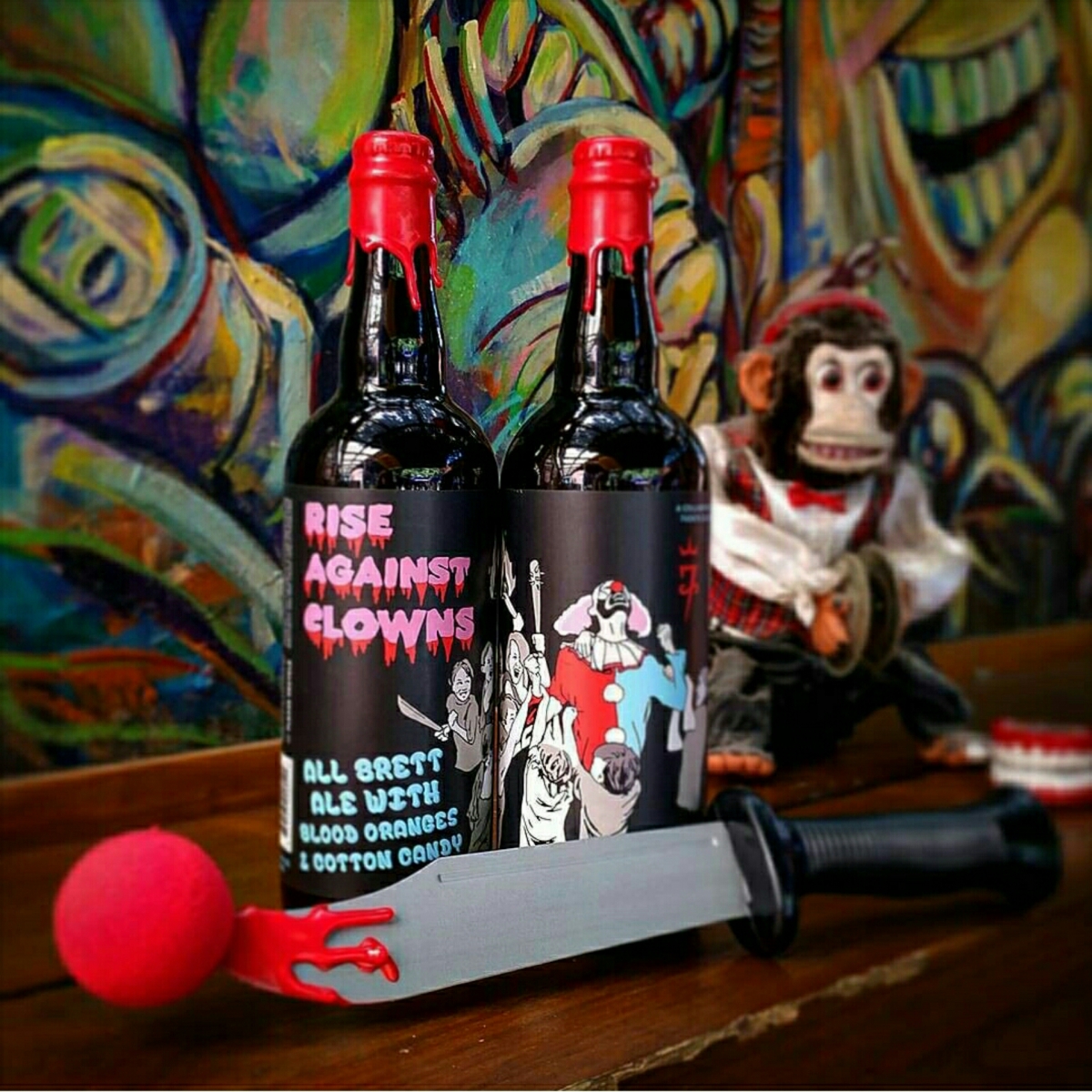 This article appears in the October 2015 issue of Charlotte magazine.
Categories: Beer, By Matt McKenzie