Where skiing is just an on-ramp for the afterparty

It’s a frigid nightmare of a day. Nonstop snow whips onto and alongside the roads. It’s noon, but the sunlight barely penetrates the shroud of grayish-white that hangs over the mountains. The wind chill has dropped into the low single digits. Any sane person would curl up with a blanket, book, coffee, and pet, and not dream of venturing outside.

Instead, on a Friday two weeks before Christmas, I’m at a traffic signal on Utah Highway 224, the main route into Park City, where I witness two solid columns of Subaru Outbacks and Jeep Grand Cherokees inbound from Interstate 80. Their occupants are stoked beyond all reason to don their gear and schuss their happy asses off, and the man in whose snow tire-equipped Jaguar I ride is just as thrilled to see them.

“Look, see the oncoming? They’re all coming to ski,” says Dan Howard, the vice president of communications for Visit Park City, the town’s tourism agency and chamber of commerce. The winter ski season has just begun, and we’re driving through its first genuine slope-worthy snowfall. “It’s so fun to see everybody come back into town on a powder day. We’ve been waiting for them since Thanksgiving.”

Park City lives for powder days. This city of about 8,400 permanent residents has been two things in its 138-year history: a silver mining town and, beginning in the 1930s, a ski resort town. It’s now home to three—including 7,300-acre Park City Mountain, the nation’s largest lift-served ski resort—which, along with the mass of out-of-towners that clogs streets during the annual Sundance Film Festival, helped Summit County absorb nearly 13% of tourism spending in Utah in 2019.

Park City’s layout reflects the twin blades of its history, and it takes a day or two to orient yourself. The downtown, which spreads out from bar- and restaurant-packed Main Street, is a cluster of renovated 19th-century miner shacks. A series of modern urban villages, anchored by luxury hotels, high-end restaurants, and retail outlets, winds around the city center. There’s no dodging Park City’s extravagance—as of late December, the room where I stayed at the Hyatt Centric Park City costs $879 per night. But one of the town’s advantages, especially compared to its ski-resort counterparts in Colorado, is accessibility: Park City is about a half-hour’s drive from Salt Lake City, which means saved time and, if you’re just coming in to ski for the day and bivouac in SLC for the night, saved money.

Then again, if you’re adequately capitalized, you’re in a better position to join the après-ski shenanigans. “Après” is French for “after,” and to skiers, it connotes all the fun things you do after you’ve stashed the skis for the day. It typically involves fireplaces, food, alcohol, ogling, perhaps live music, and earnest slope talk about this run or that muscle cramp.

Every recreation has some version of this. But skiers around the world have turned après into a distinct subculture, and you needn’t be an avid skier to partake (although it helps). The Zimmerman Agency, a Florida-based marketing firm, has organized this “winter FAM” (short for “familiarization tour”) for travel journalists. That Friday night, our group of seven caps dinner in a heated yurt with an impromptu crawl down Main Street: whiskey drinks at High West Saloon, which occupies a former horse livery; more drinks plus live music at The Spur Bar & Grill, where we collectively down a tequila “shotski” (Google it) as a local band chugs through a cover of “Santeria”; then more drinks still at The Cabin, a twin-level club where I hang downstairs and catch a set by Badfeather, a very good SLC band, while the rest of the crew heads upstairs to shake their money-spenders to a DJ. A good après is had by all.

A note on the next day: Technically, and under a very generous definition, I manage to “ski.” I’ve never done it before. (The slopes of my native New Orleans are somewhat lacking.) Instructor Tim teaches me to stand properly as I, out of shape and unused to existence at 7,000 feet, gasp for breath like a beached carp. I finally manage to slide down the mildest of inclines for about 10 feet and stop without falling. I count this as a personal victory. Flush with post-après tiredness and something like exhilaration, I tap out, then galumph through the snow toward beer. 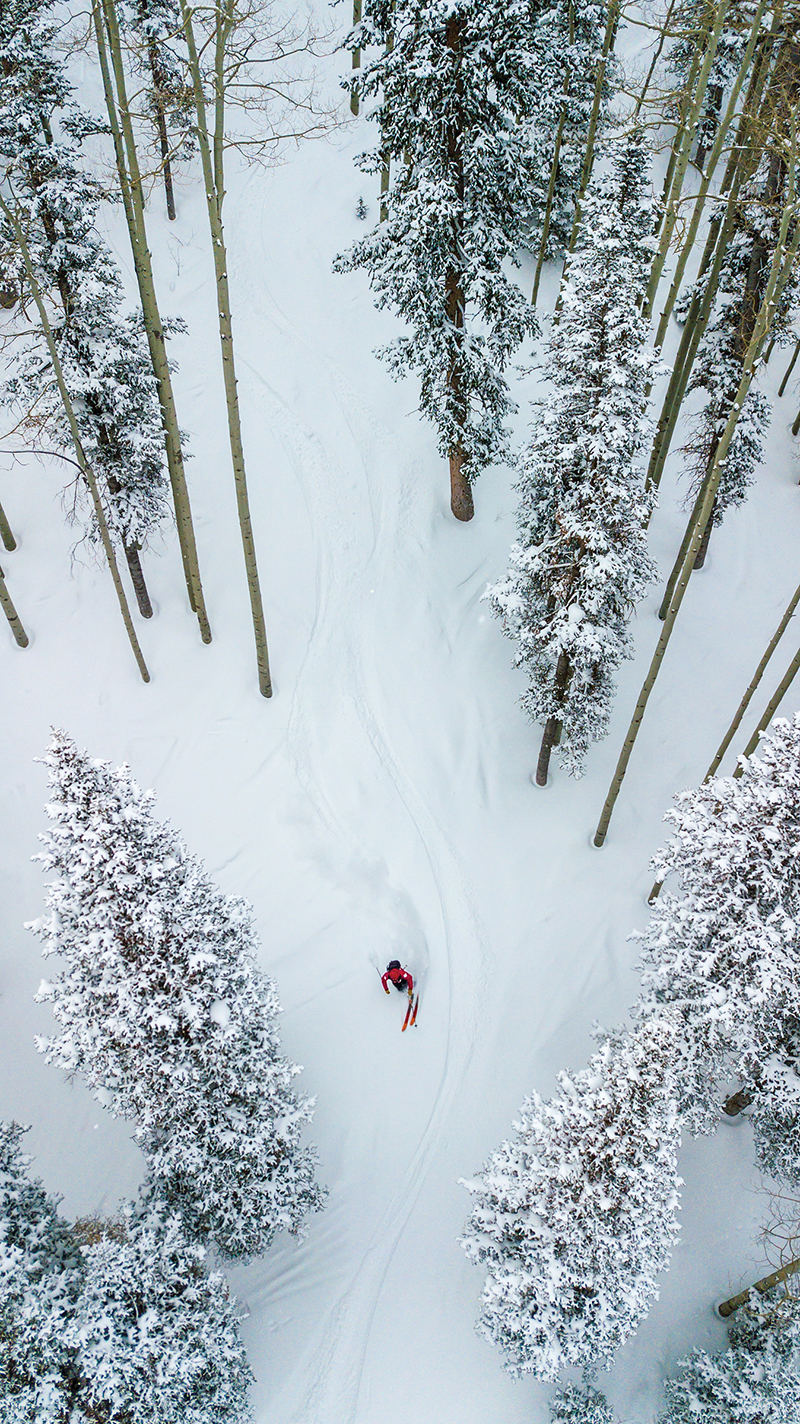 Ski, dummy. The nearby Great Salt Lake’s salinity leaches moisture from cold air, which produces a dry, fine snow that makes skiers salivate. Park City’s three resorts: Park City Mountain is huge and accessible to skiers and snowboarders, with 7,300 skiable acres and more than 300 trails. Deer Valley, one of the top luxury ski resorts in the United States, is a more exclusive, skiers-only establishment, with 2,026 acres and 101 different runs on six mountains. Woodward Park City is great for kids; they (and you) can ski, snowboard, and snow tube, or explore a 66,000-square-foot “Indoor Action Sports Hub,” which opened in December 2019. It includes a concrete park, foam pits, a parkour zone, and Olympic-grade trampolines—and it’s open year-round. 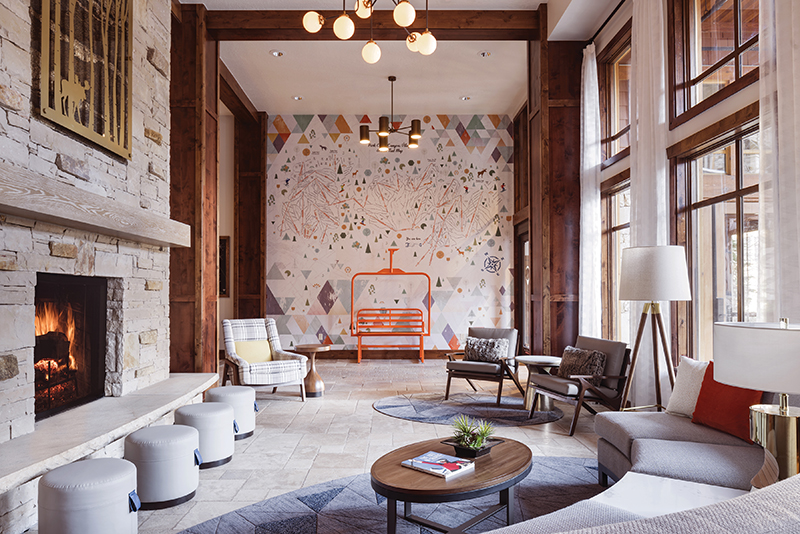 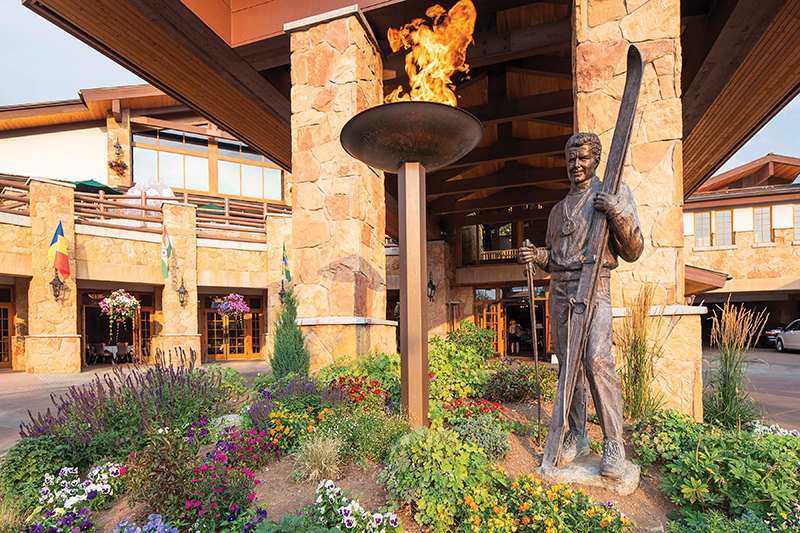 You can generally find big-chain hotel and motel rooms at relatively reasonable prices—although, of course, winter ski season, which extends until mid-April, brings the highest prices and lowest availability. But if you can afford luxury, check out a pair of hotels with spectacular views of the surrounding Wasatch Range and ski-in, ski-out access to the slopes: Hyatt Centric Park City, a pet-friendly hotel with heated pool, 24-hour fitness center, charging stations for electric vehicles, and an on-site restaurant and bar; and Stein Eriksen Lodge Deer Valley, which has similar amenities, plus a five-star spa. The latter is named for the renowned Norwegian alpine racer and Olympic gold medalist, who died in 2015. 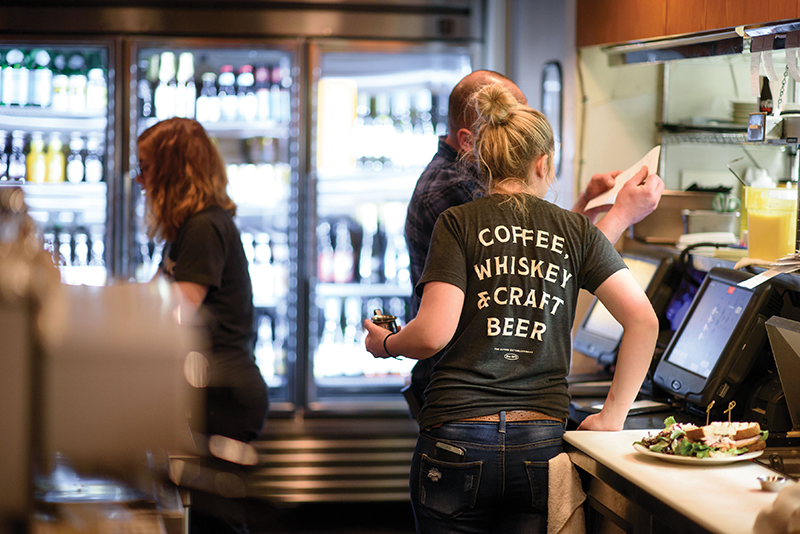 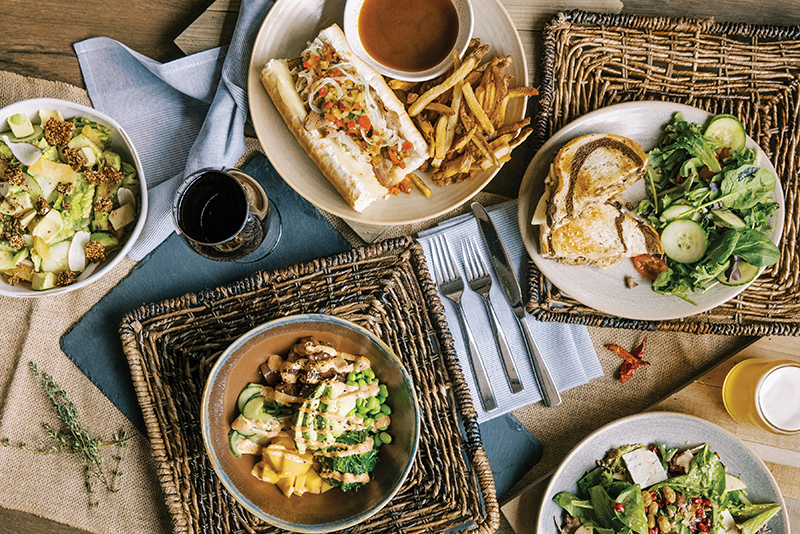 EAT + DRINK
Main Street teems with places to eat. A good breakfast option: The Eating Establishment, a diner beloved by locals since 1972. It’s now a bar, too, since actor and Utah resident Ty Burrell, who played the goofball dad on Modern Family, became a part owner in 2016. A father-son team opened Hearth & Hill in early 2018 in a more recently developed part of town; it specializes in fresh takes on contemporary American cuisine, which out West means a significant number of Asian dishes. If you can, reserve a table at Fireside Dining at Deer Valley Resort, a Swiss Alpine-style, fixed-price establishment that serves four courses—including raclette cheese, a ski resort delicacy—from stations near stone fireplaces. 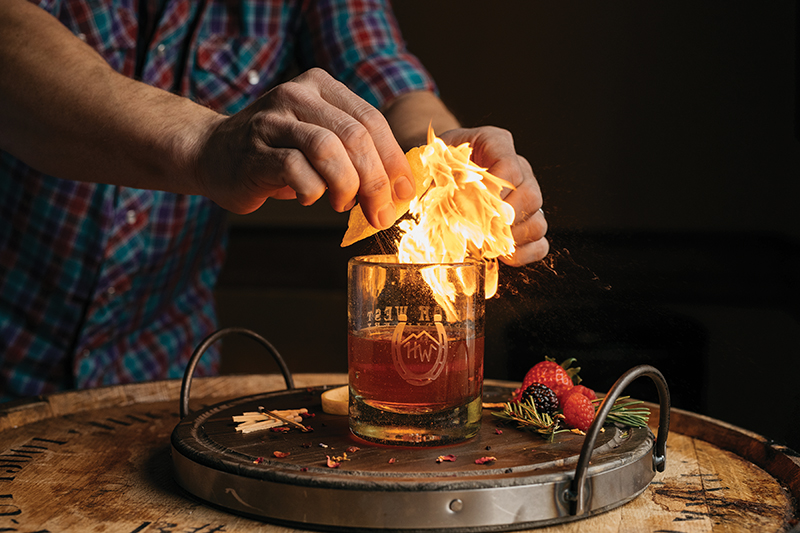