ON SATURDAY, protesters gathered in Charlotte for the Black on Black Love rally. The meeting and subsequent march spread a message of peace, but also was intended to raise awareness of police brutality and racial discrimination. The march began at Charlotte-Mecklenburg Police Department headquarters at 6 p.m. and didn't return until 10 p.m. 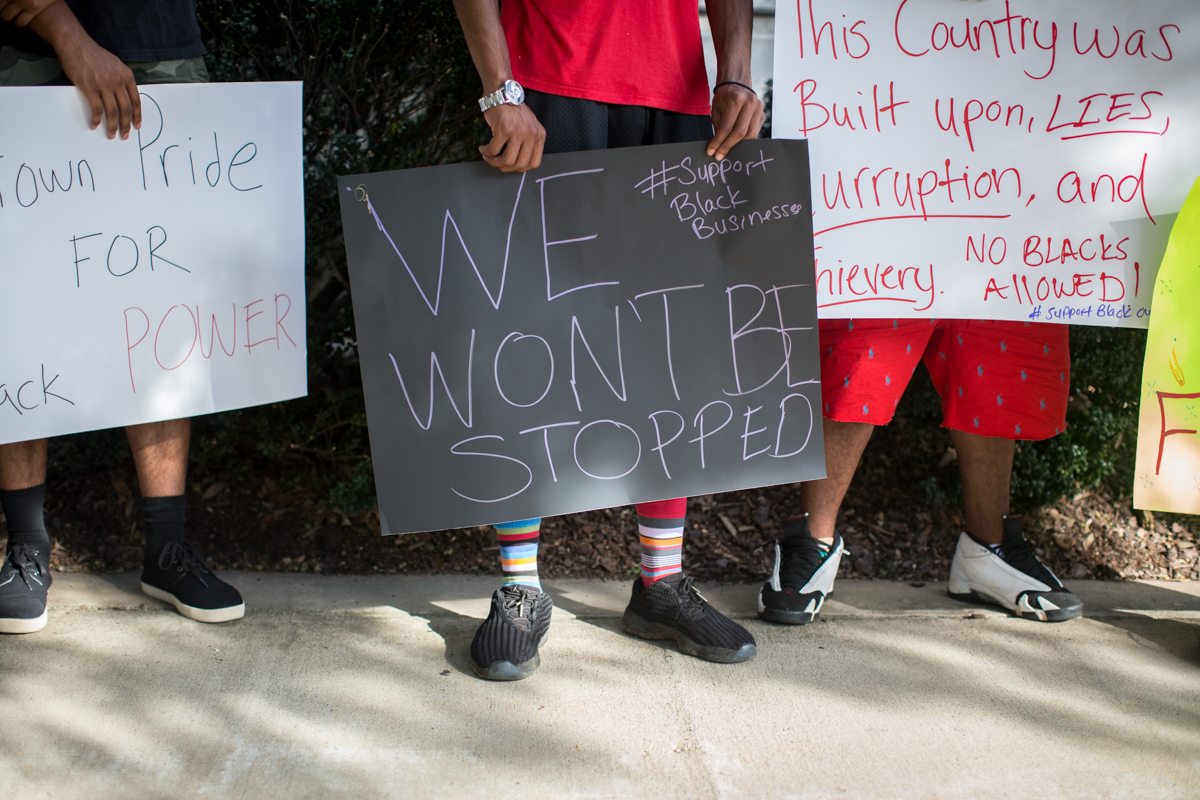 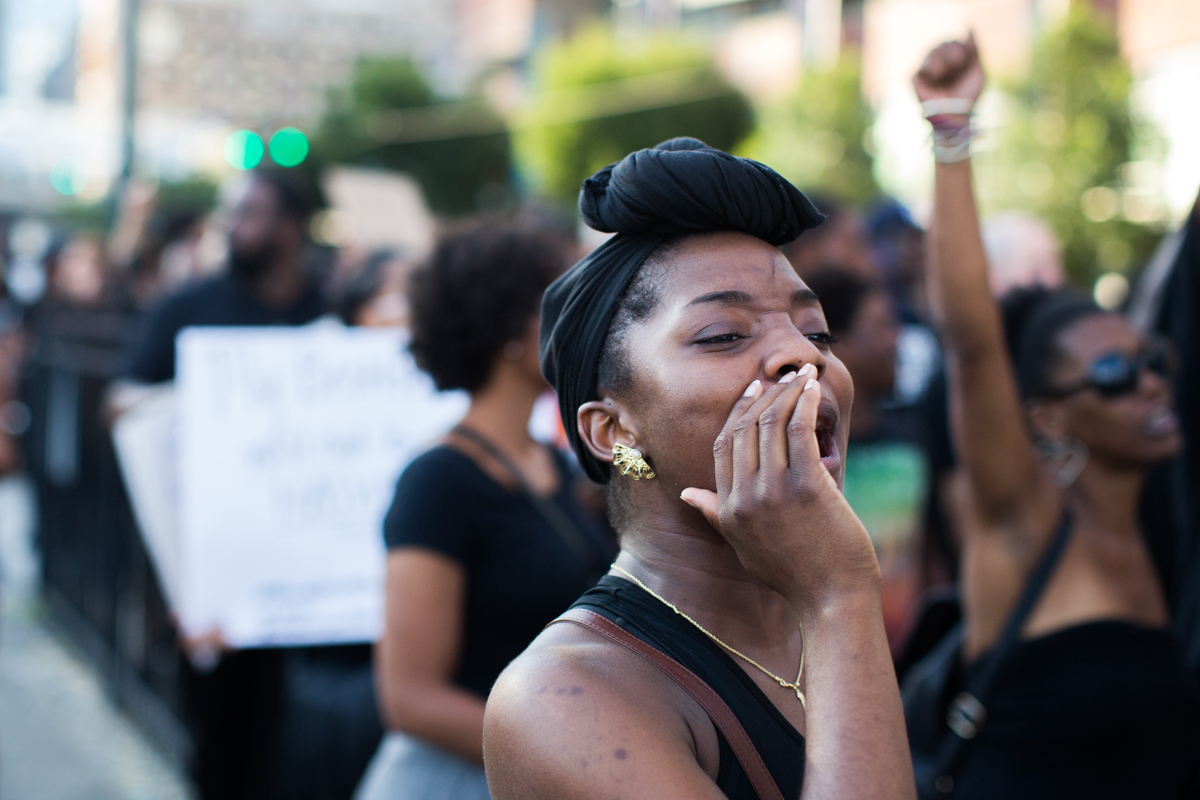 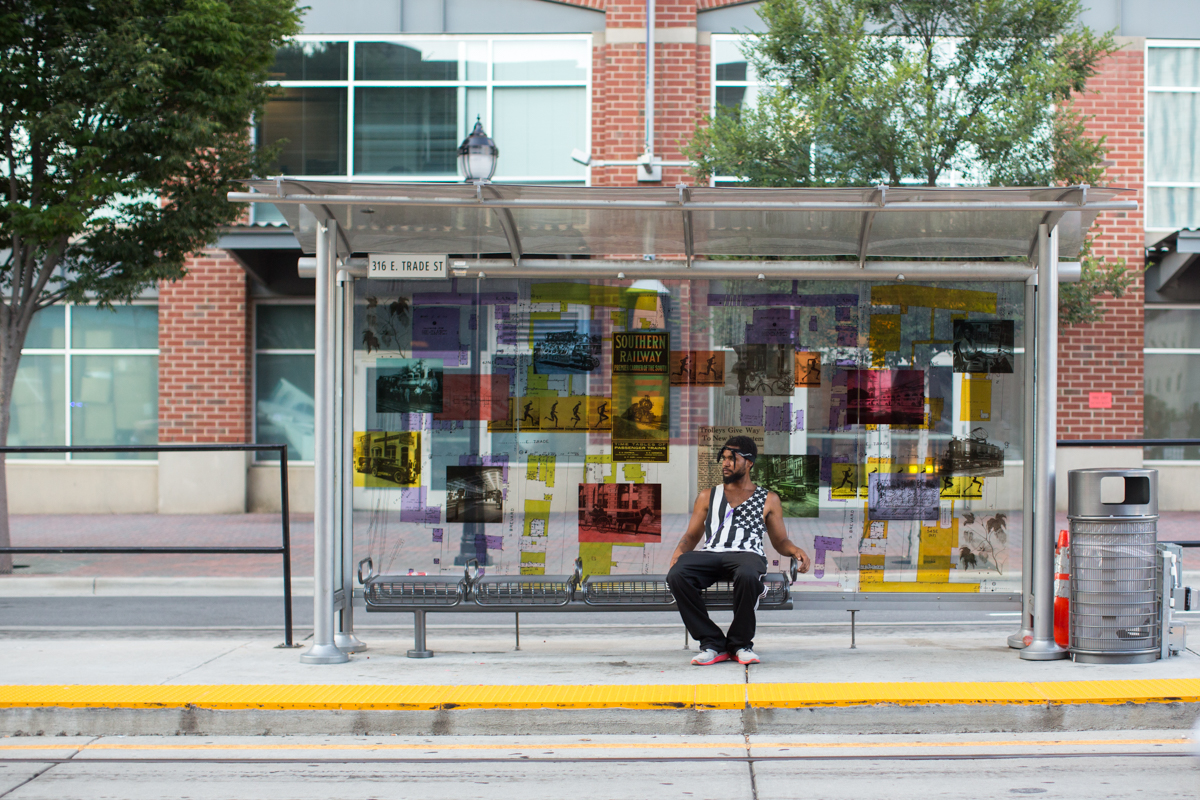 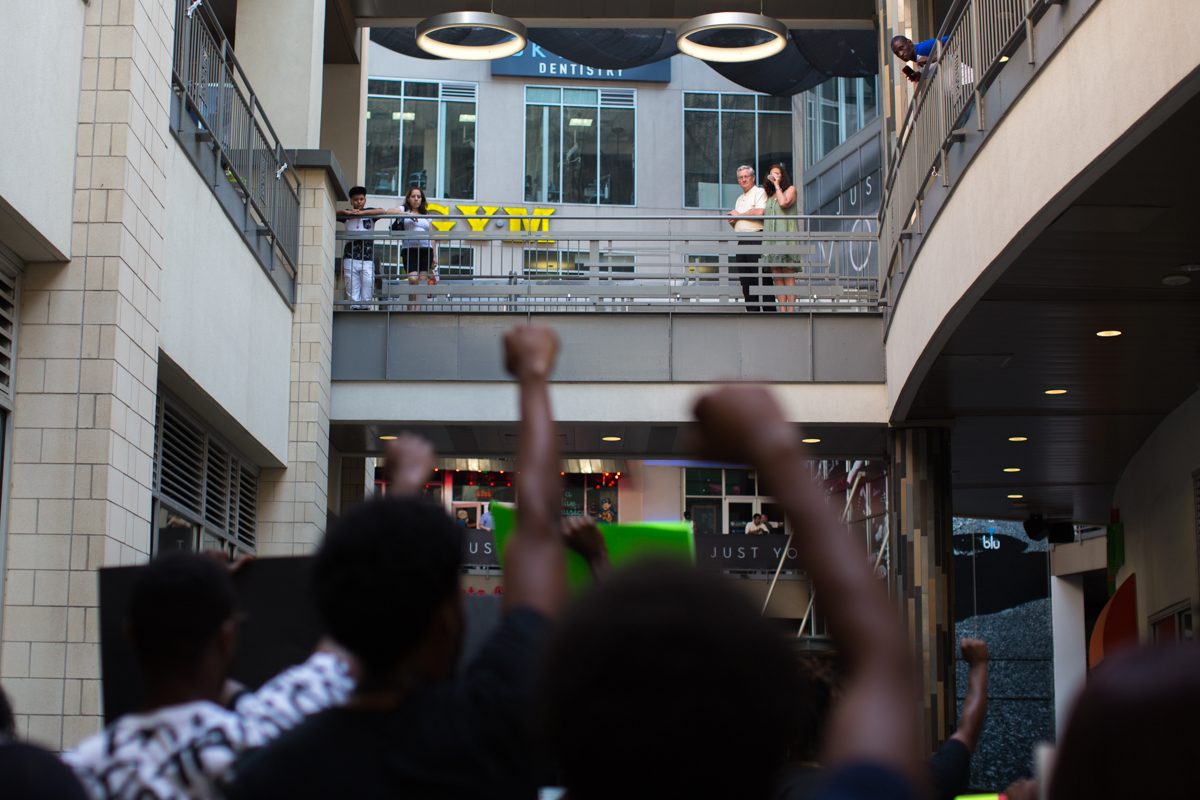 Demonstrators make their way into the courtyard into the Epicentre in uptown. 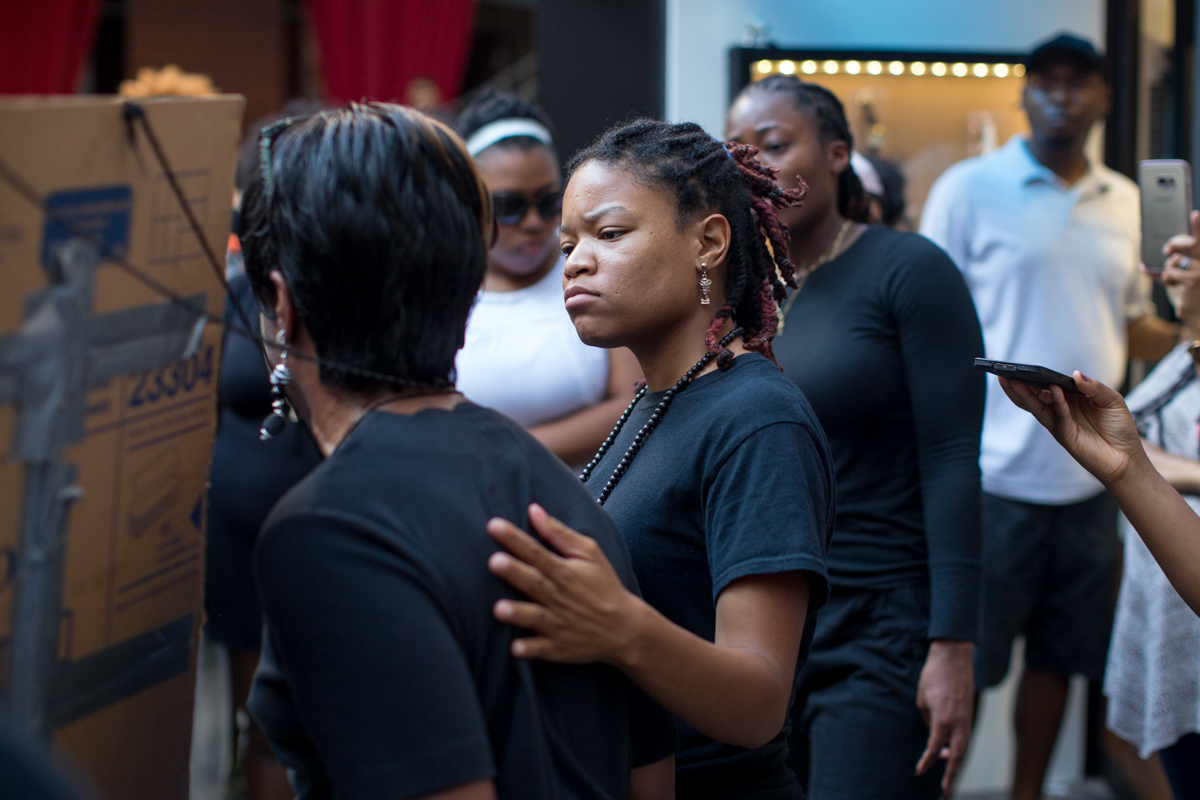 March organizer Starlacha Hurst comforts a rally-goer, as she tells the crowd how police brutality has affected her life and family. 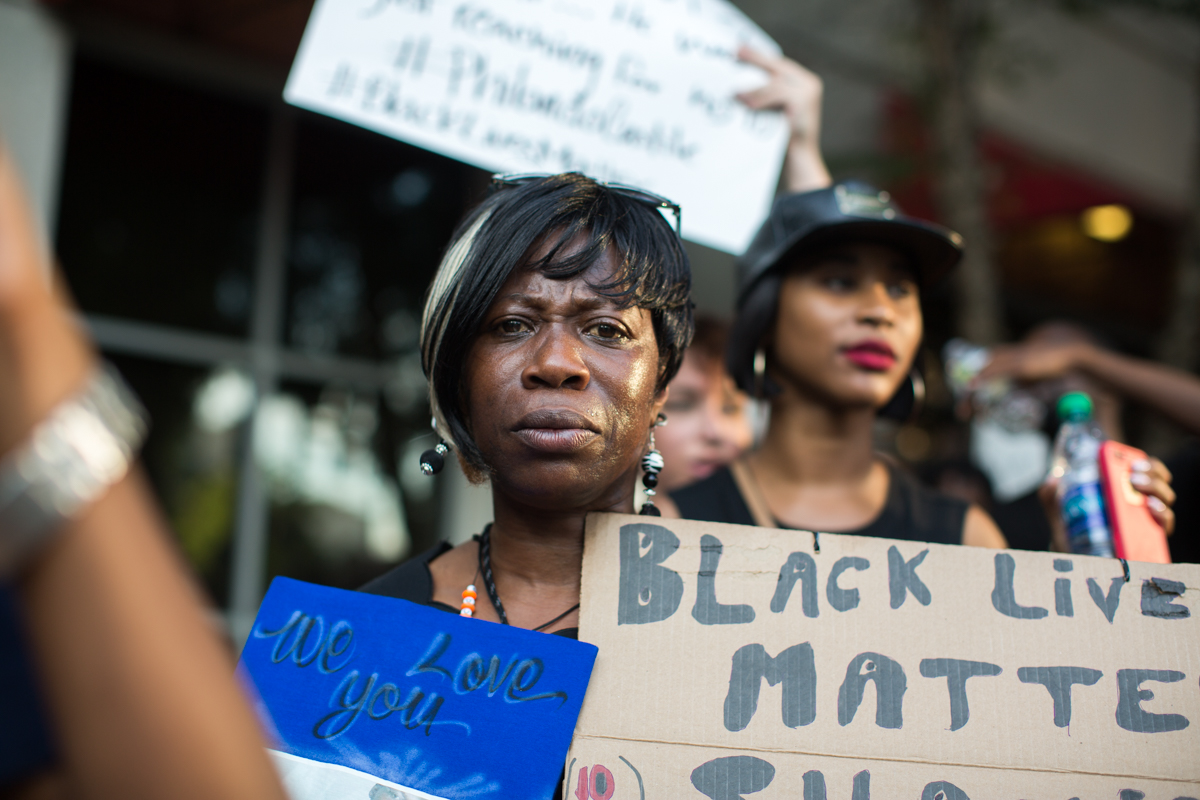 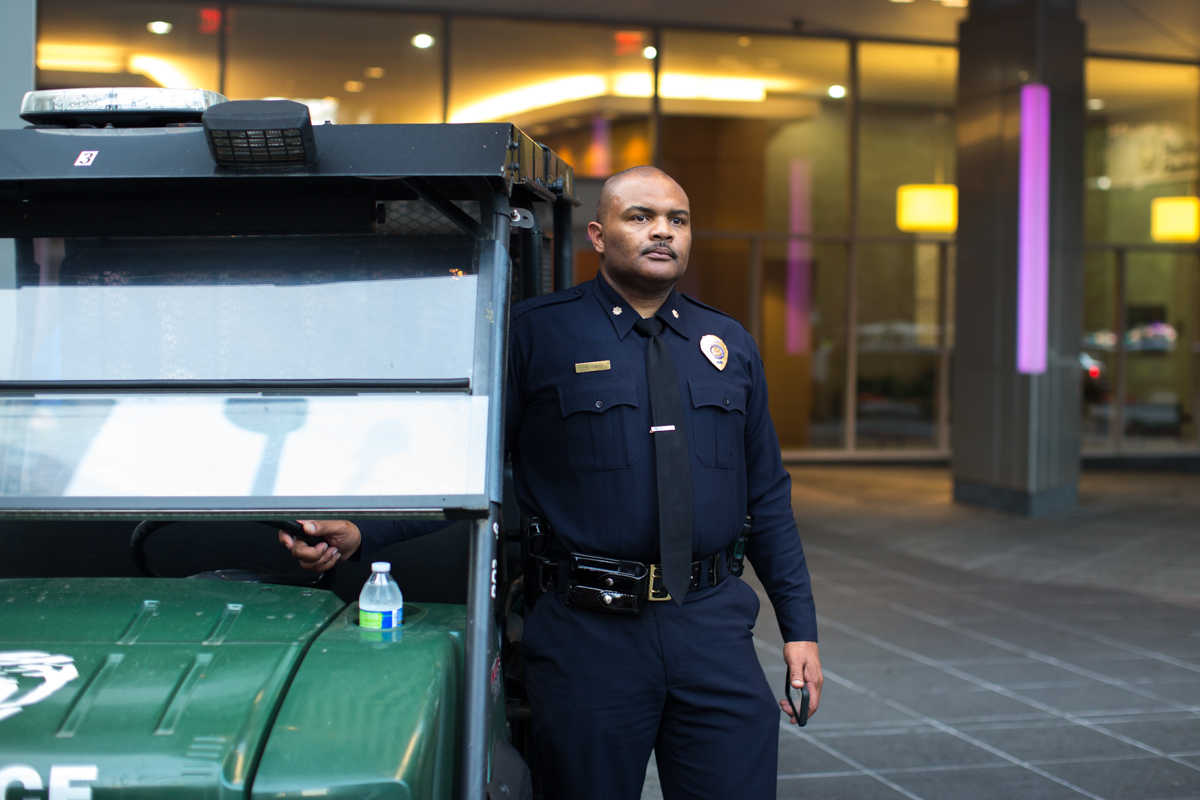 Maj. Gerald Smith looks on as the protests marches past Trade and Tryon streets. CMPD officers rode along the route on bicycles for the duration of the march. 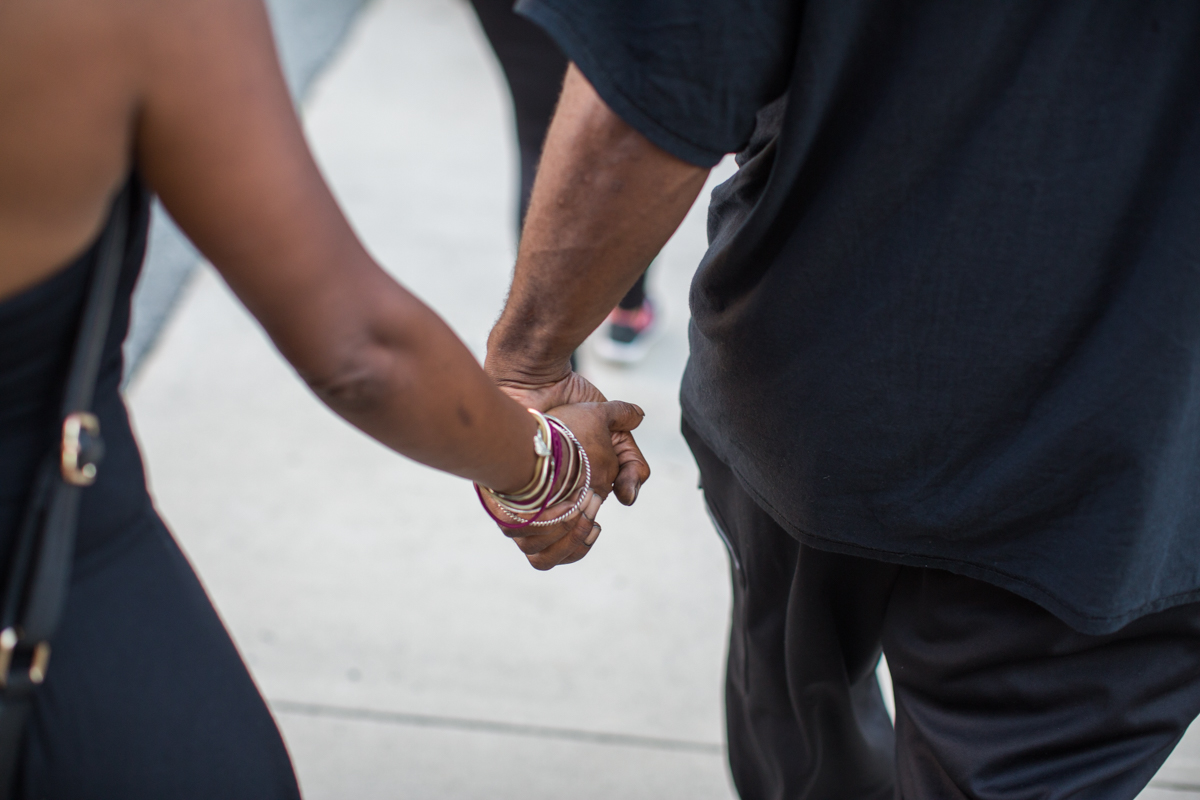 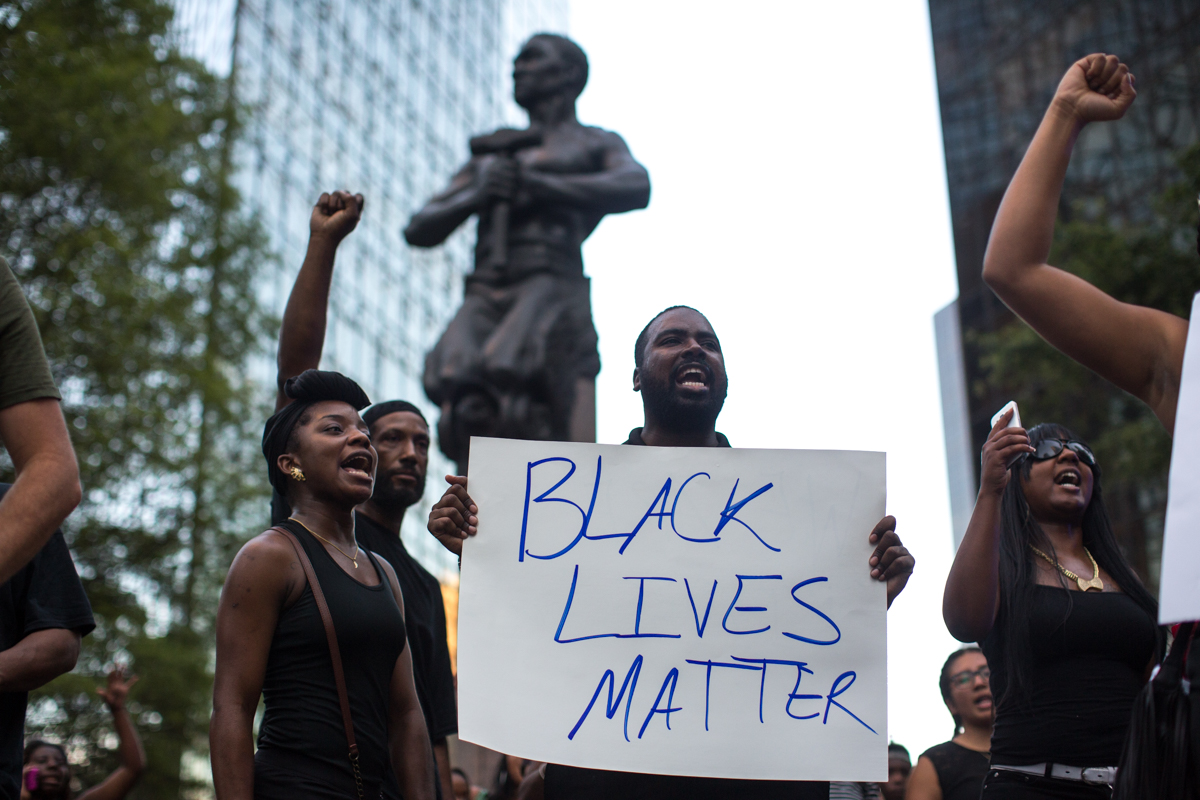 Protestors stop at the corner of Trade and Tryon. A statue of “Transportation” can be seen behind them. The sculpture is modeled after an African-American man holding a hammer to represent the men who built the railroad in the late 1800s. The railroad made Charlotte the city it is today. 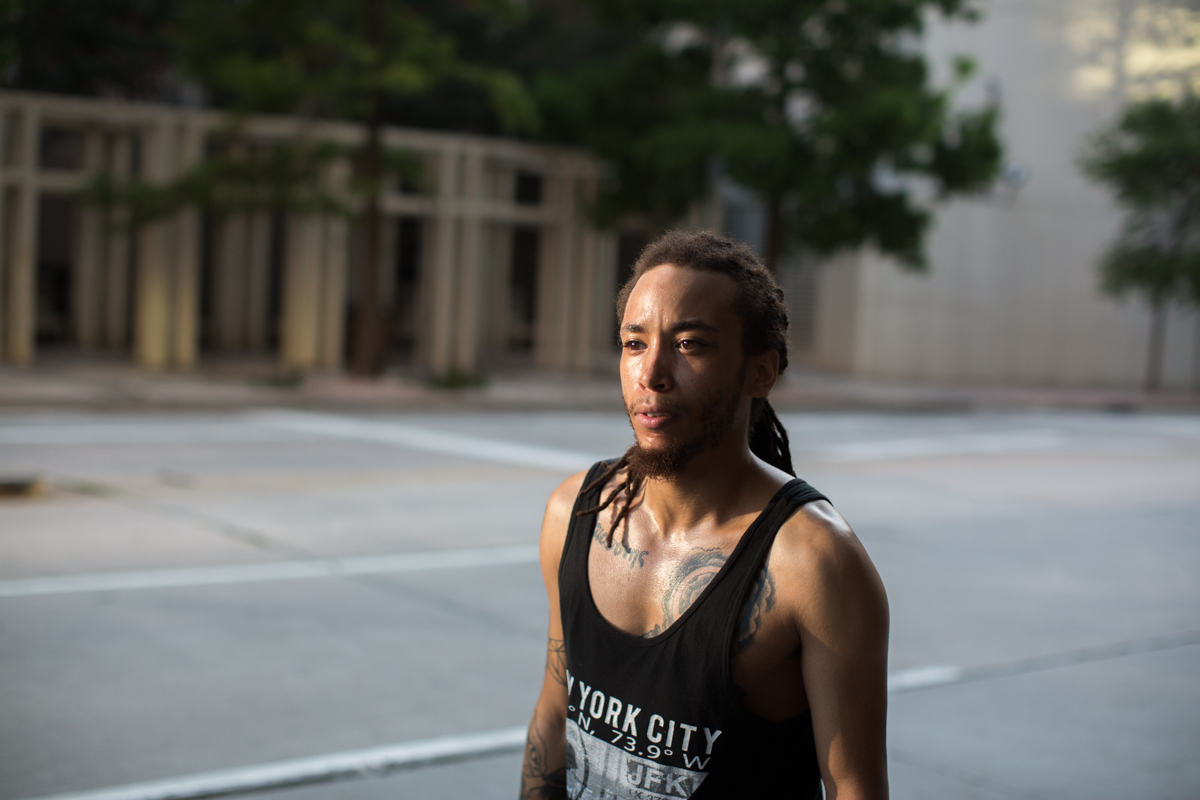 Justin Tolston, a student at the Charlotte School Of Law, marches down Stonewall Street, a few blocks away from where he attends class. 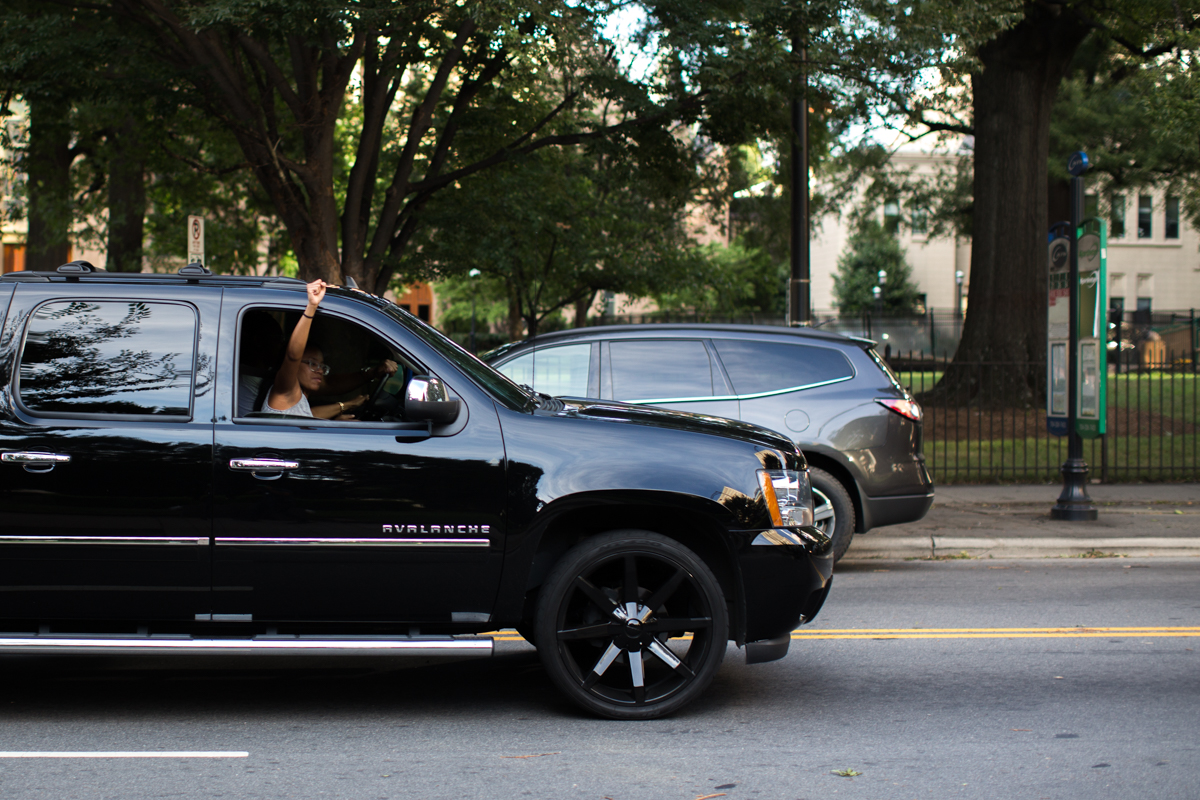 As the march continues down the road, people slow to show support. 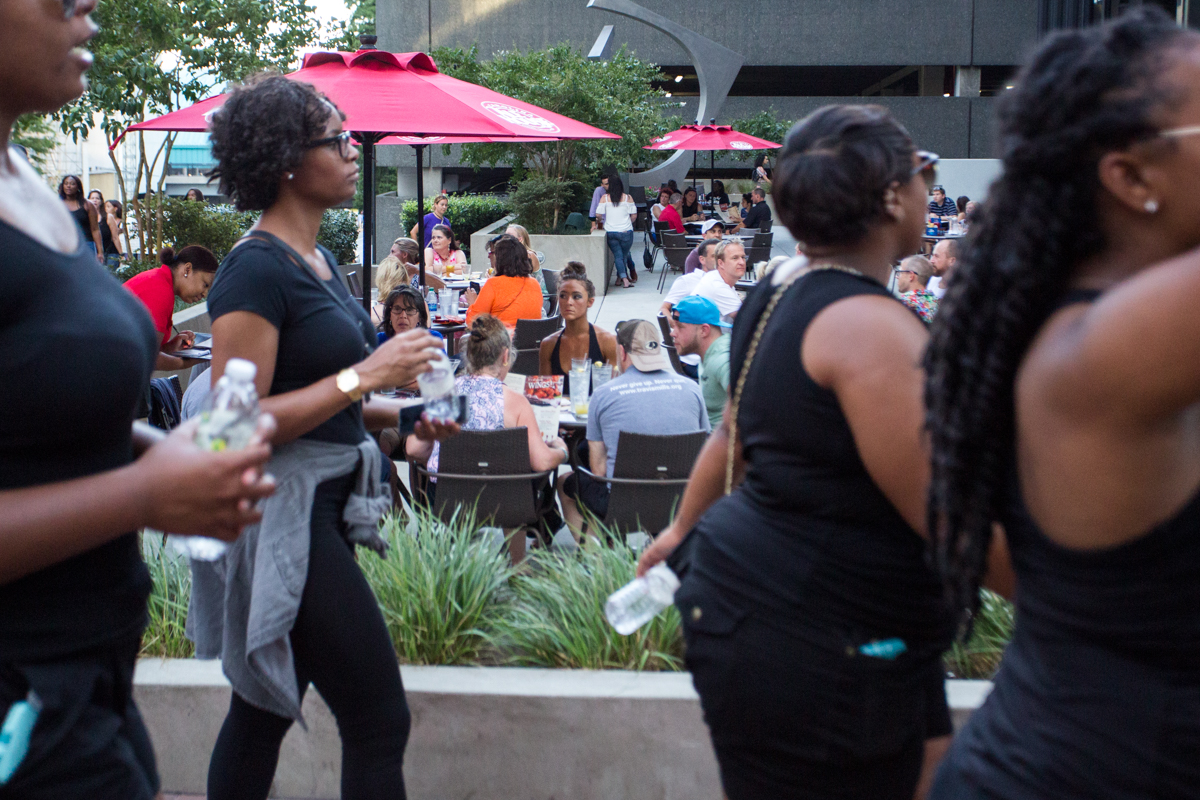 Patrons of restaurants in uptown look on as the peaceful march passes by. 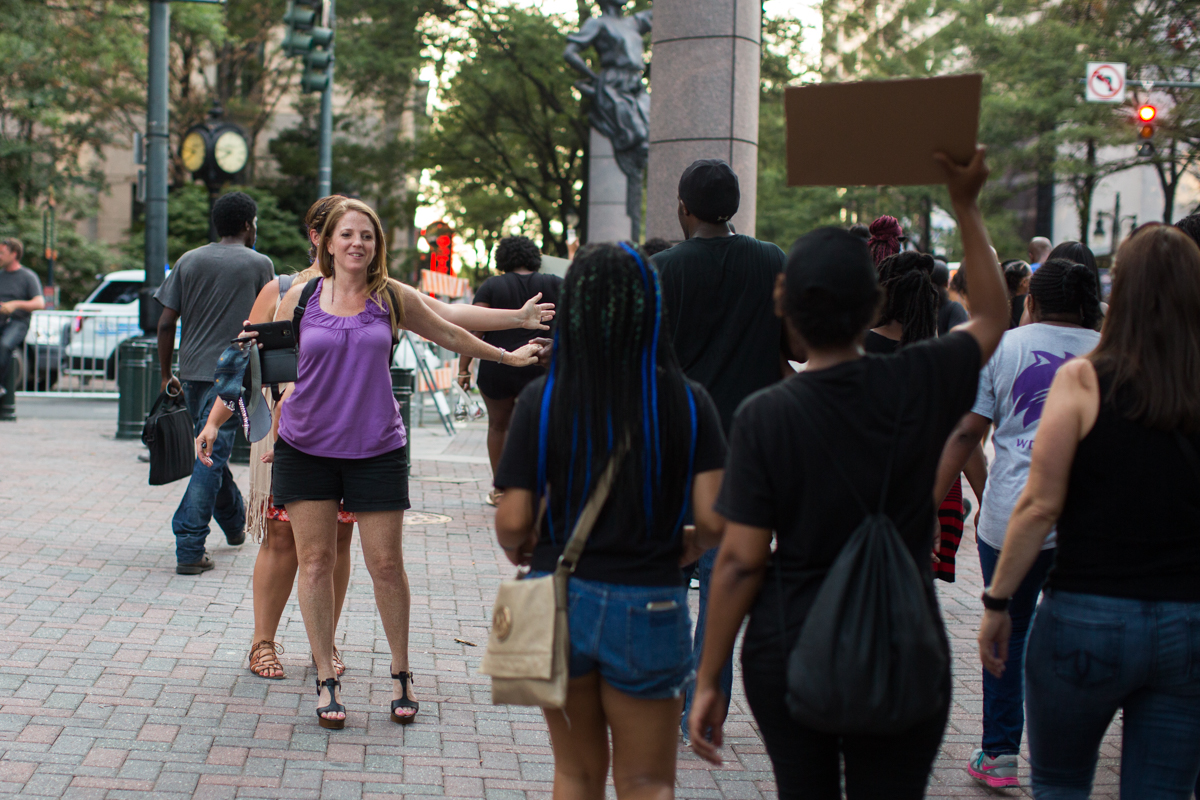 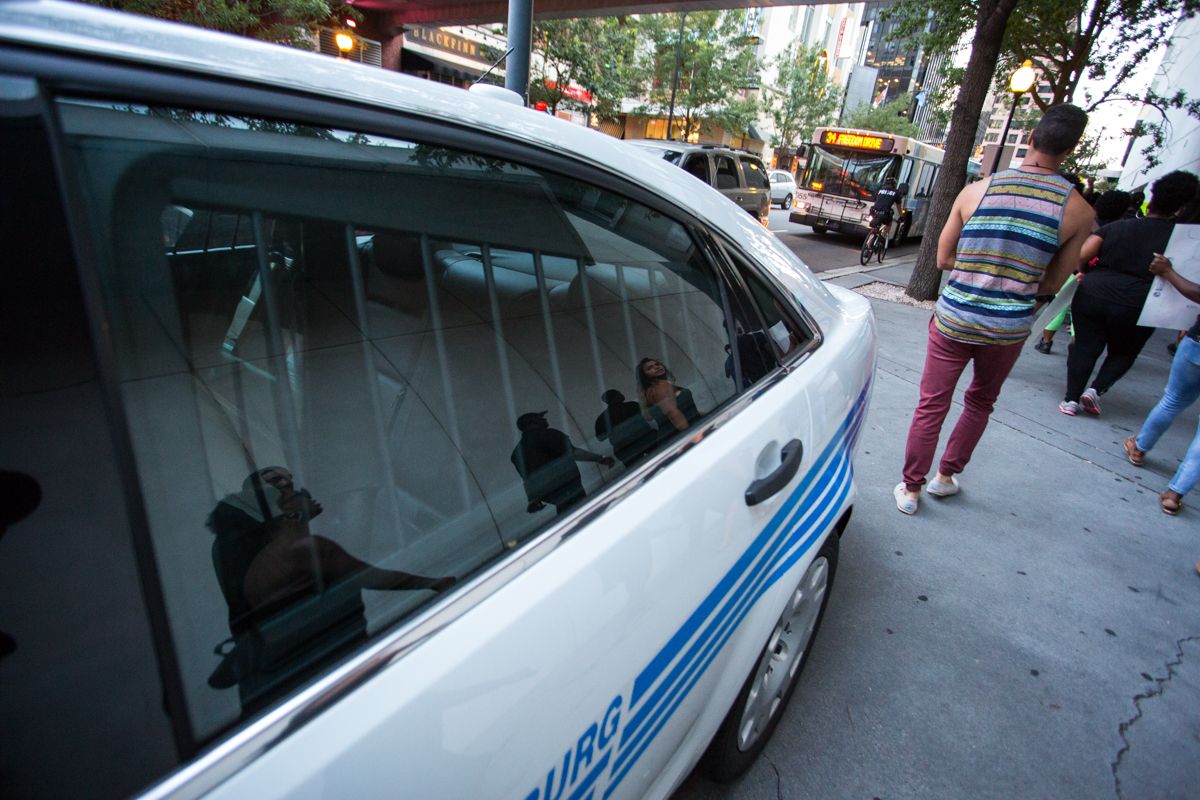 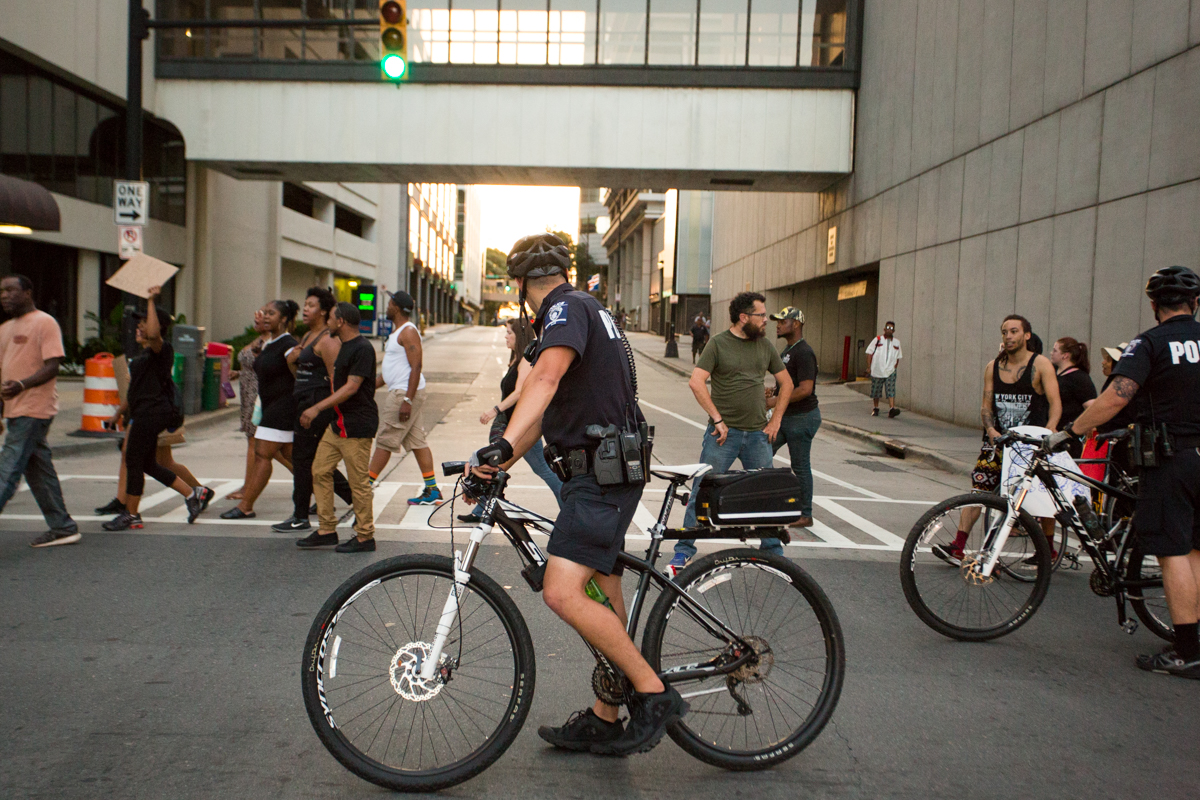 A CMPD officer on a bicycle blocks traffic as protesters cross the street. 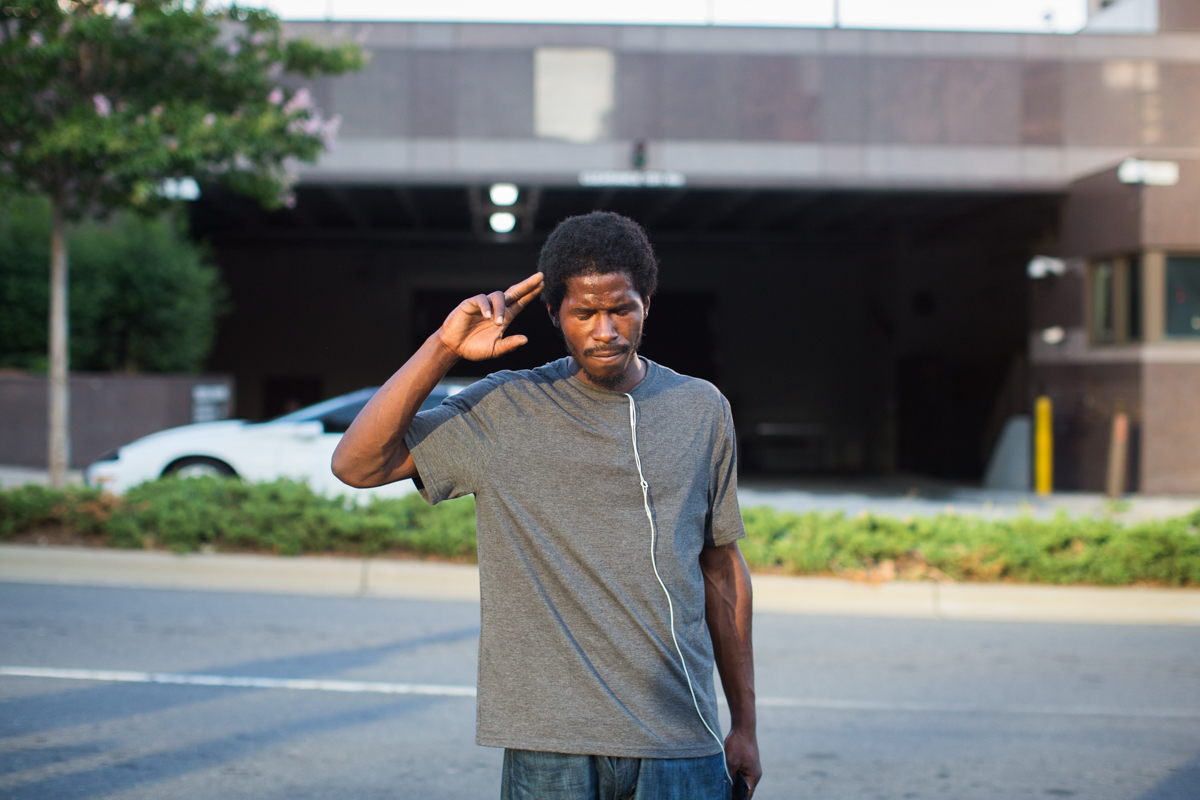 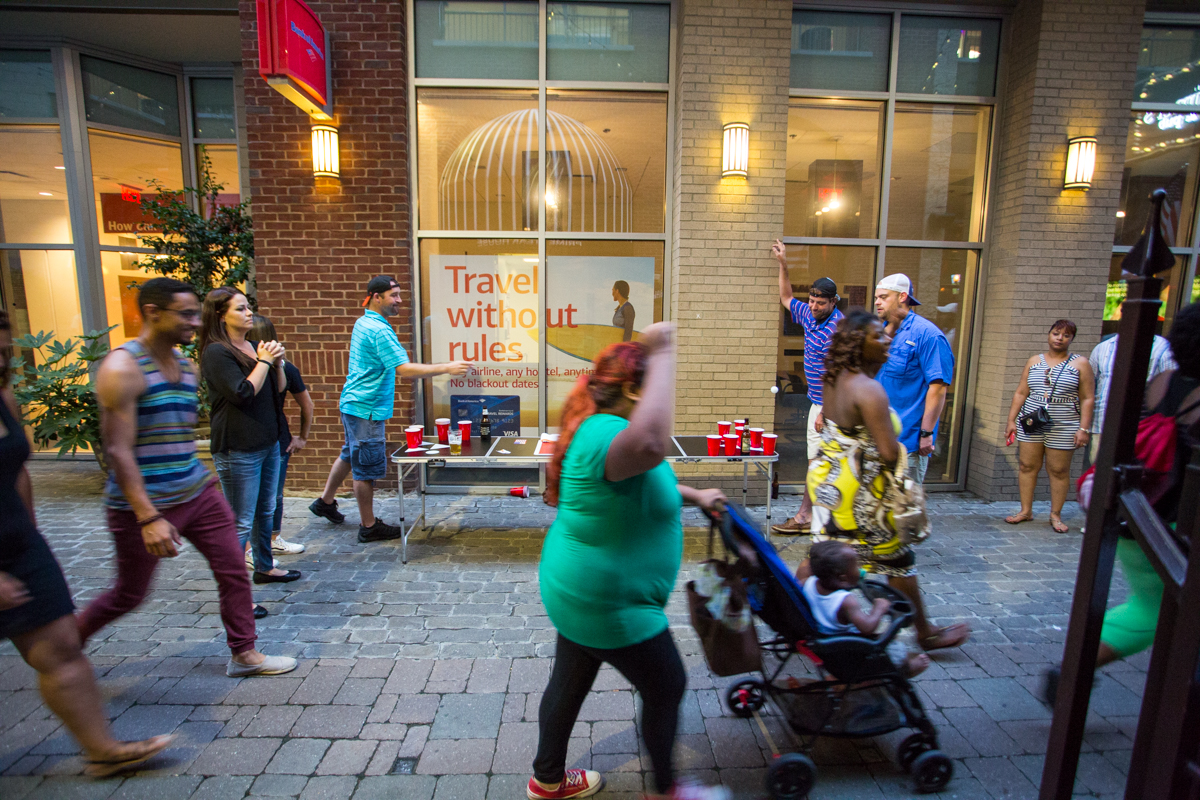 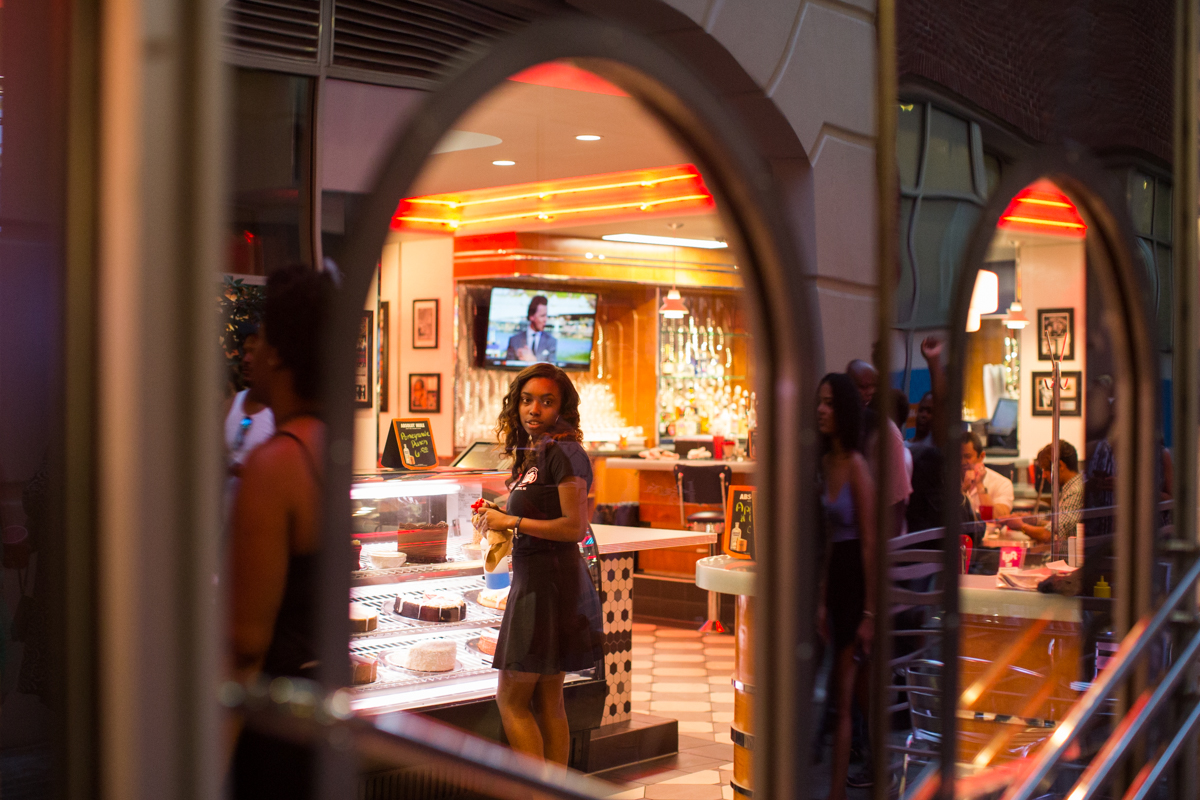 A server at the Redeye Diner at the Epicentre uptown watches the protest as it passes by. 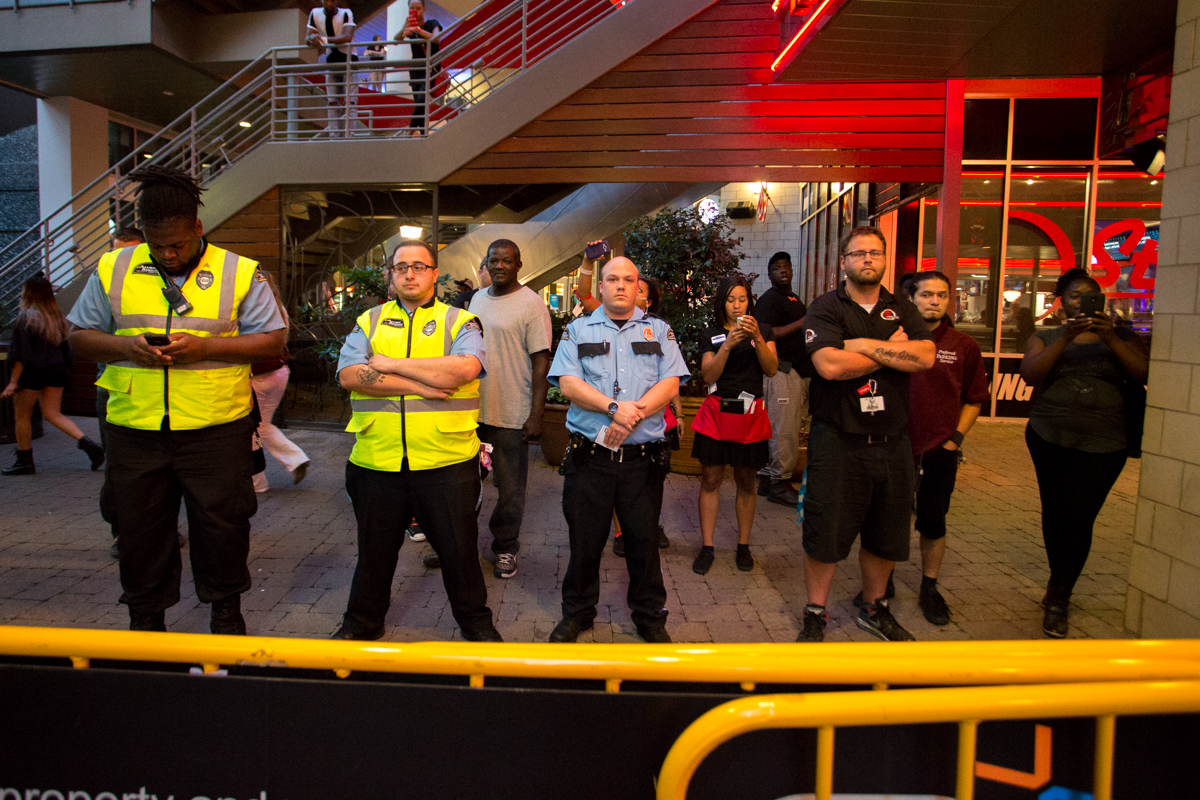 An hour after the protest left the Epicentre, they return to find the area is blocked off and being guarded by private security. 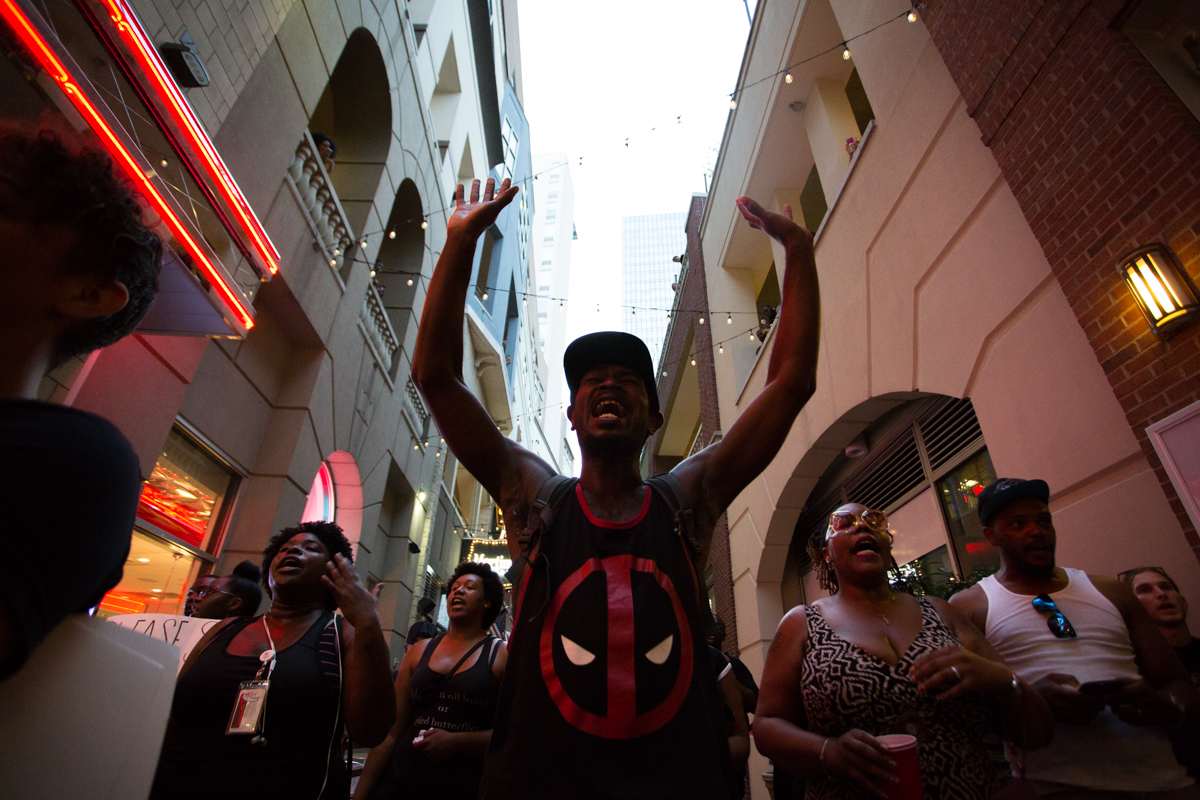 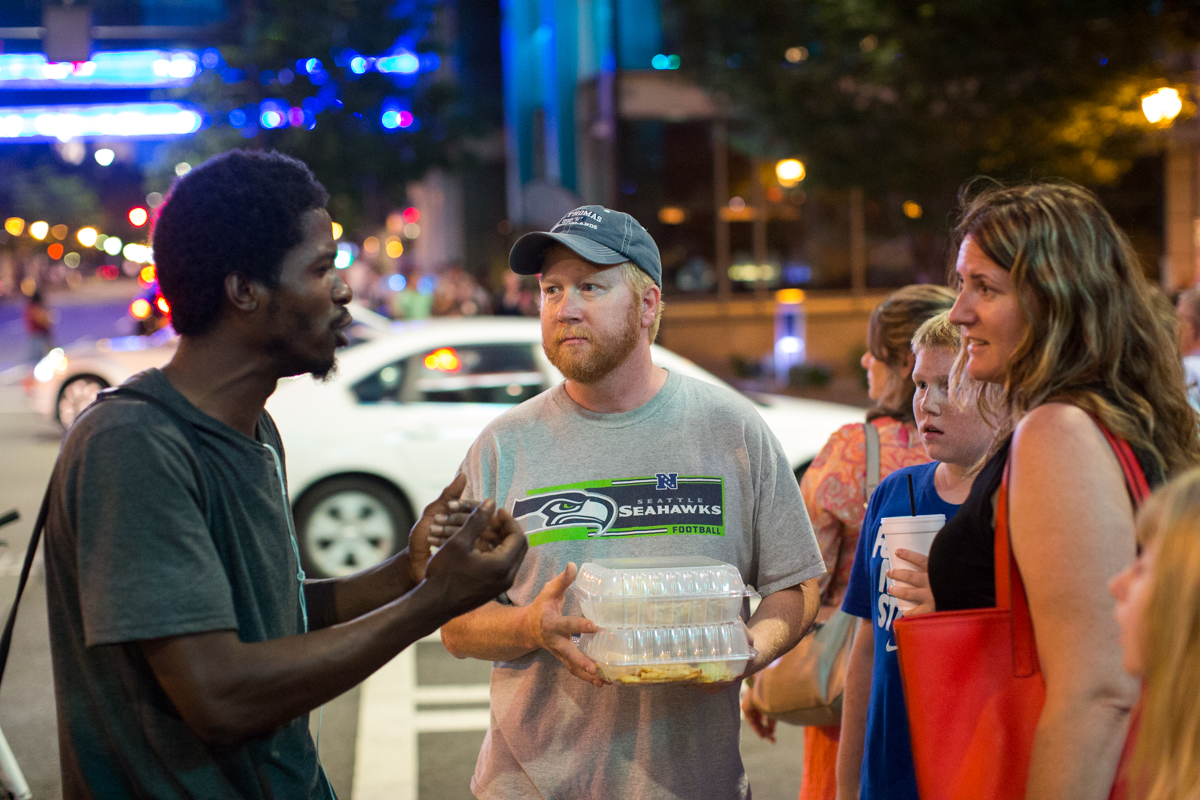 Jarod Harris speaks to a family on the street, saying, “This movement is about peace, not about violence. It’s a positive movement.” 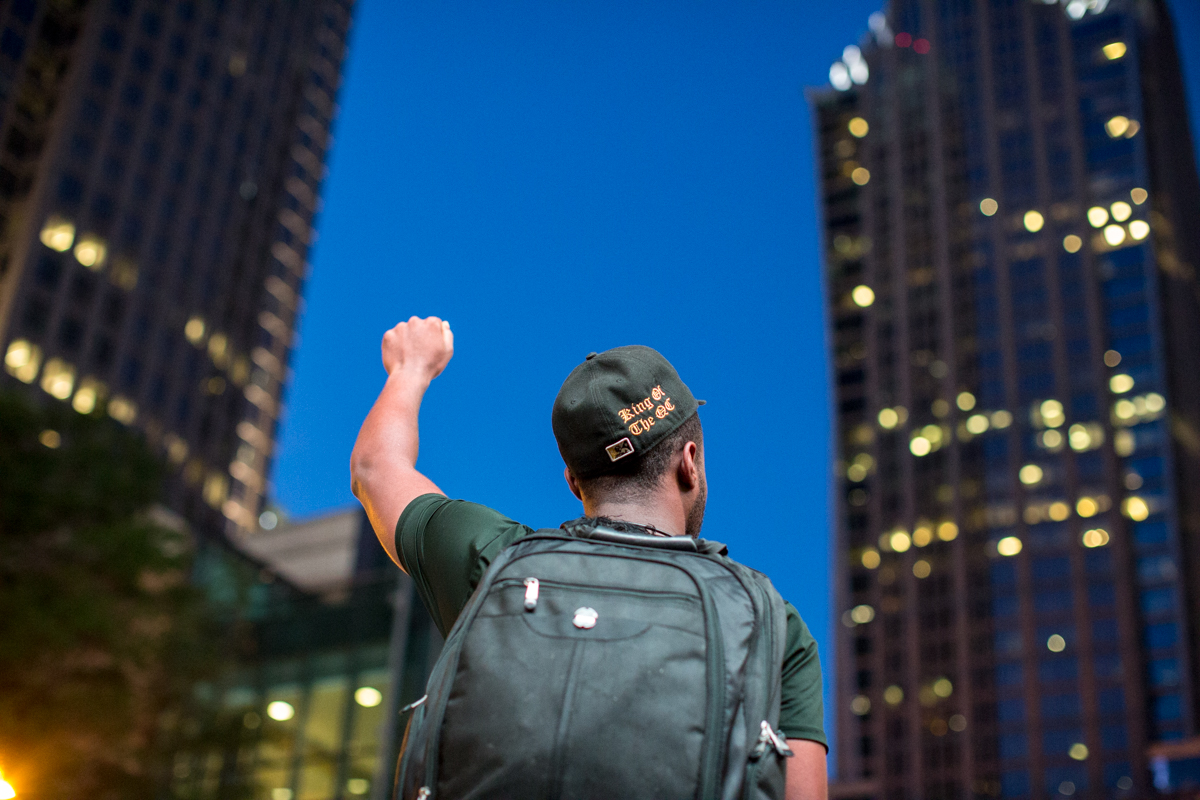 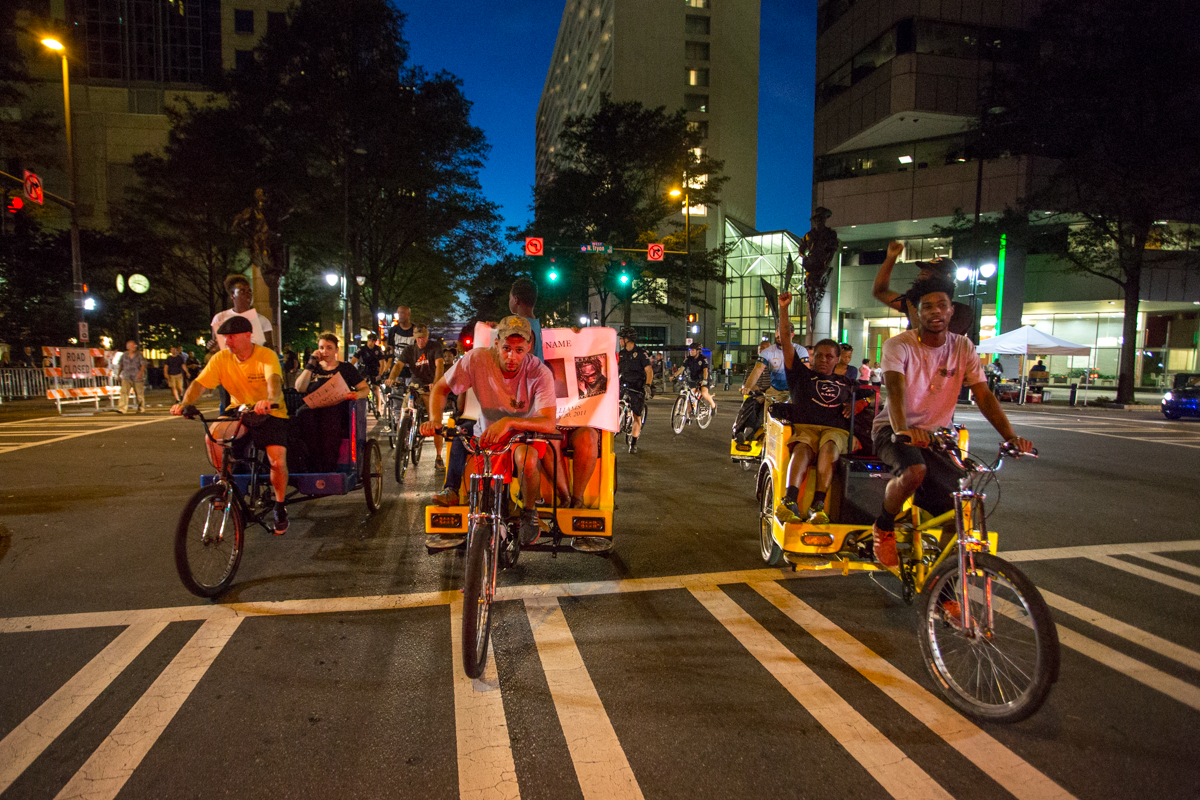 Nearly four hours into the march, a fellow marcher and Black Panther ordered pedicabs so that marchers can take a break but still continue to spread their message around uptown. 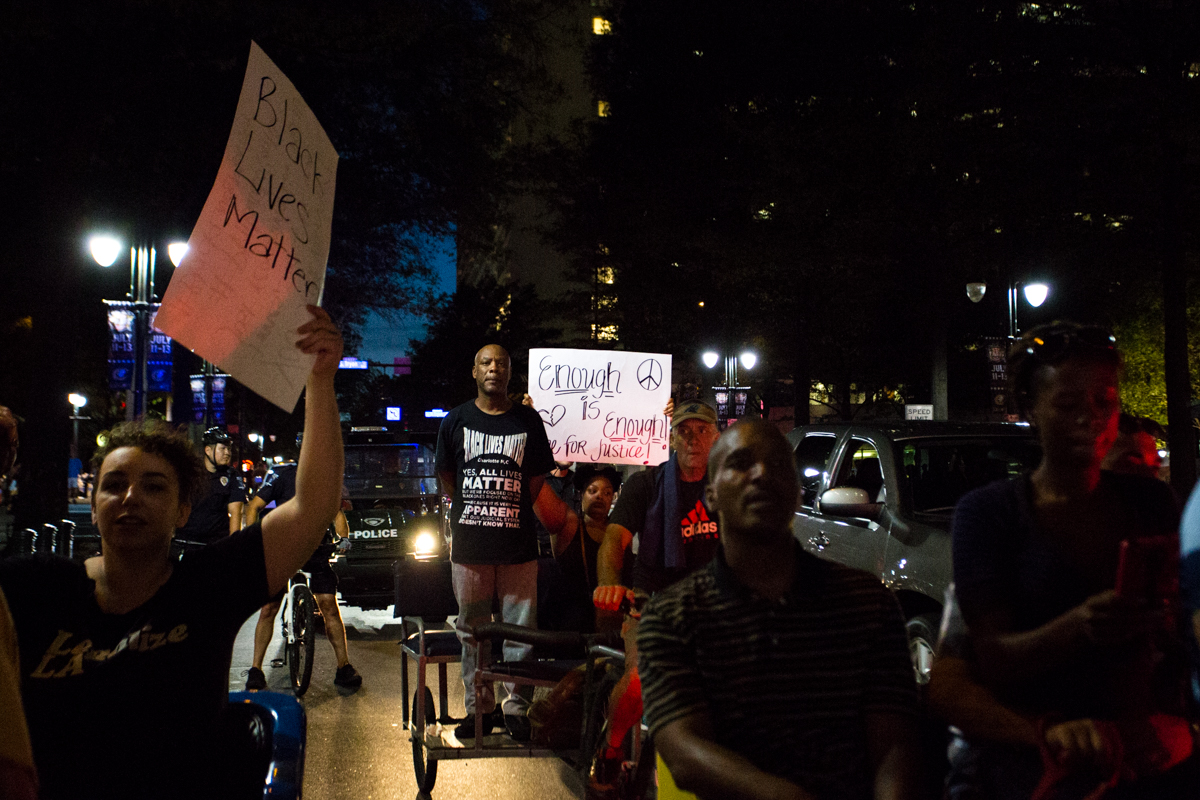 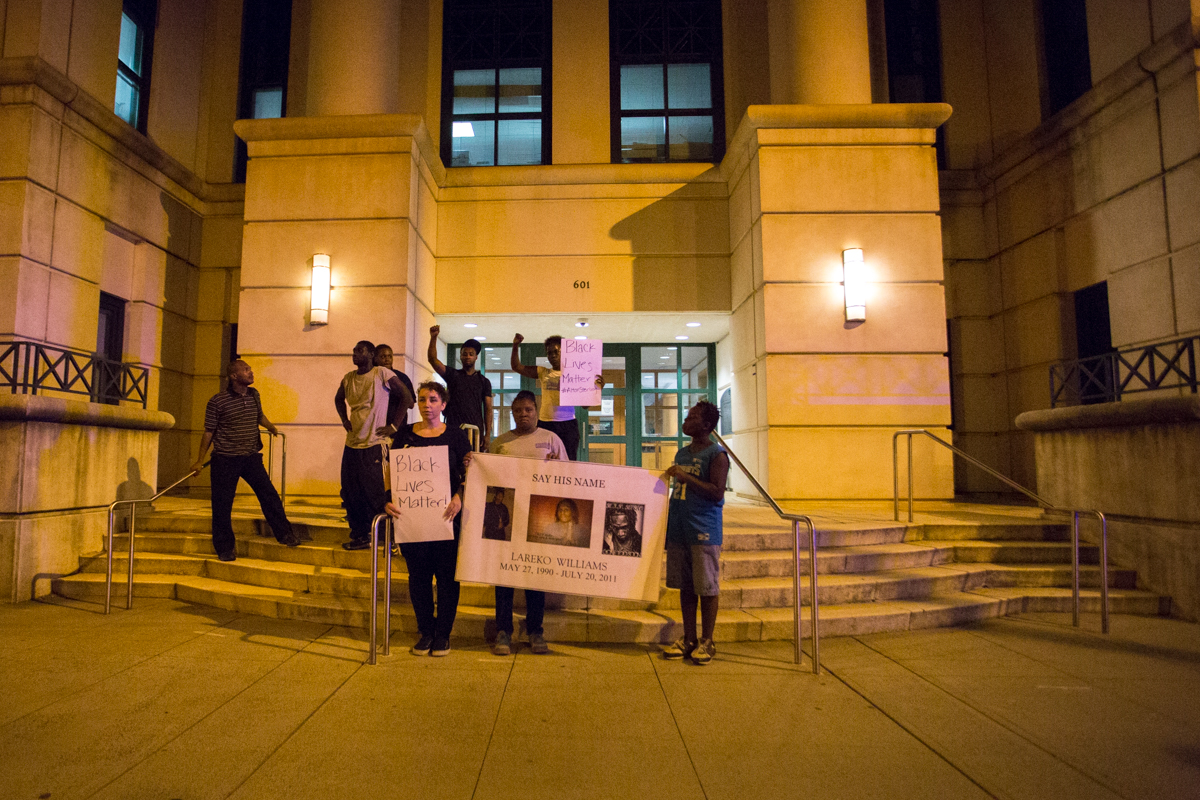 Logan Cyrus is a freelance photographer based in Charlotte.

Correction: An earlier version of this story incorrectly identified Lameka Jackson as the organizer who is comforting a rally-goer in one of the photos. The name has been changed to Starlacha Hurst.