Protagonist Clubhouse makes first hire, with much more to come

Construction is coming along swiftly with an eye on an early 2019 opening, the owners are thisclose to getting a head brewer and the NoDa nanobrewery and taproom has made its first official hire.

Also, details are finally able to be revealed about a bigger project to come from this group (more on that in a bit).

To start, Chris Westgard was recently named the Beverage and Education Director for Protagonist, and comes with a highly regarded résumé as one of only two Advanced Cicerones in Charlotte.

“We knew when we started Protagonist that we always wanted an expert to help separate ourselves,” says Ryan Owens, one of three co-owners along with Mike Salzarulo and Ryan McKillen. “Someone who can meet with the head brewer to help further define recipes, someone who can help train up our staff and someone who has the knowledge to curate specialty beers with local beers and have people who visit say ‘Hey, I really want to go back there again.’”

Westgard is no stranger to the Charlotte craft beer scene, having worked at Crafty Beer Guys the last five years. Westgard has built solid relationships with many breweries, bars and bottle shops during that time, helping install and manage draft systems along with beer purchasing.

“I’ve always been fascinated by beer and wanted to turn it into a career ever since I graduated (from Appalachian State University),” Westgard says. “I’ve met a lot of folks in this industry working for Crafty Beer Guys, and what I love about Charlotte craft beer right now is that it’s so comprehensive. So many places have fantastic selections, I have no problem looking at a menu and ordering something great. And I’m excited to help others out doing that at Protagonist.” 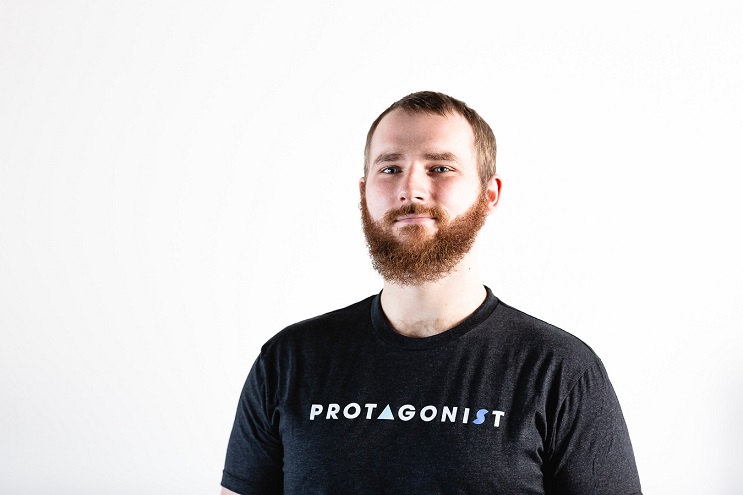 And that’s where Westgard’s Advanced Cicerone certification comes in. For those unaware, the Cicerone® Certification Program is offered to those who want to further their beer education, including everything from proper glassware to service to serving temperature to food pairings. The entry level to the program is a Certified Beer Server (which many who work in Charlotte’s breweries and bars are), and then the process becomes a bit more rigid in terms of achievement.

A Certified Cicerone is the next level (involving a four-hour exam that includes beer quality and tasting), followed by Advanced Cicerone, which includes the former prerequisites and brings in the knowledge of beer service, food pairings and brewing ingredients and process. (Master Cicerone is the ultimate ranking; there are less than 20 such titles in the U.S.)

The Advanced Cicerone exam requires a rigorous amount of studying and is given across the country only a handful of times a year. Westgard received his official certification in February 2017.

“People are excited about beer nowadays but may need help getting there to what they are exactly looking for,” Westgard says. “And my job is to help fill in those missed opportunities, whether it’s the staff or customers.

“You look at wine, which is a little more developed culture than beer. When you walk into a wine store or bar, it’s very common to expect people working there to have a very deep understanding of the product. Right now we don’t see that in beer at times. My goal is at some point, I want the staff to be so well versed that I don’t need to help them anymore. And then as far as the beer we’re doing, it’ll be my job to keep an eye on what styles are taking off and what people are looking for.”

Located at the corner of 35th Street and North Davidson Street, Protagonist Clubhouse will have roughly 24 taps including its own beer (the plan calls for a two-barrel system onsite) along with Westgard’s curated guest selections that will include special one-offs and rare beers, among other options. Also look for craft cocktails and a small plates menu.

“One of our overarching goals is the overall experience,” Salzarulo says. “The minimum standard now in this area is making great beer. We want to go beyond that and have everyone’s experience elevated, from how the clubhouse is designed to the interaction with our staff to the food.

Adds Owens: “And while the theme is the experience, we also know at the end of the day what it’s all about is the beer. People celebrate over beer, do business over beer, talk about their problems over beer – we want to provide that platform to do all that.”

Protagonist Clubhouse is one of two projects from McKillen, Owens and Salzarulo. The three also recently just officially closed on land for a much larger brewery located in Optimist Park at the corner of Brevard Street and 21st Street, right at the Parkwood station on the recently opened Lynx Blue Line light rail.

That brewery, Protagonist Brewing, will open in early 2020.

“It’s a more traditional brewery, bigger space – more room for more people,” Salzarulo says. “We want to provide different experiences at both locations with touchpoints that are memorable for everybody.”

Adds Owens: “We’re super excited about both projects. We always envisioned having the clubhouse as a more intimate space that is very beer-focused – almost an incubator for the bigger brewery.”

You can keep up with news from both the clubhouse and brewery by following Protagonist on Twitter and Instagram.

This article appears in the December 2018 issue of Charlotte magazine.
Categories: Beer, By Matt McKenzie