Jewelry designer Akash Prasad, who launched the popular Crown City line in September of last year, was terrified on his first day of school in Queens, New York, two decades ago. At 15, his family had just moved from Guyana, a South American country of just 800,000 people. “The Russians were with the Russians, the Indians were with the Indians, and the Black kids were with the Blacks,” he recalls. “I didn’t have a community. There was no one else there from Guyana.”

In 2018, the 33-year-old started over again when he and his wife left New York and moved to Charlotte with their first child. Prasad stayed on as vice president of New Jersey-based Ace Watches and served as a design consultant to a handful of national retailers that include Dr. Jay’s, PCX Clothing, and Fashion Nova. But they wanted to raise their son in a more family-friendly city, where Prasad could eventually build a creative business. “I noticed that many other awesome brands already had the apparel end covered,” he says, “but there was a void in the jewelry market, and I saw it as a way to creatively contribute to the fashion fabric of Charlotte.” 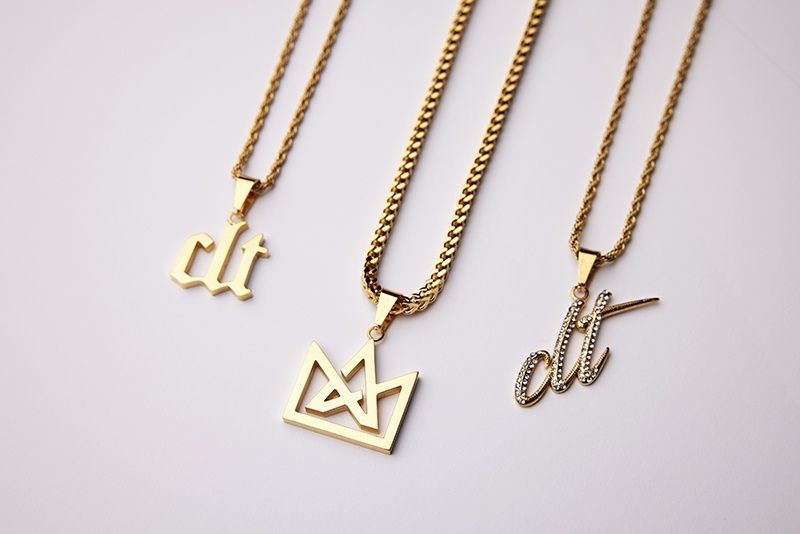 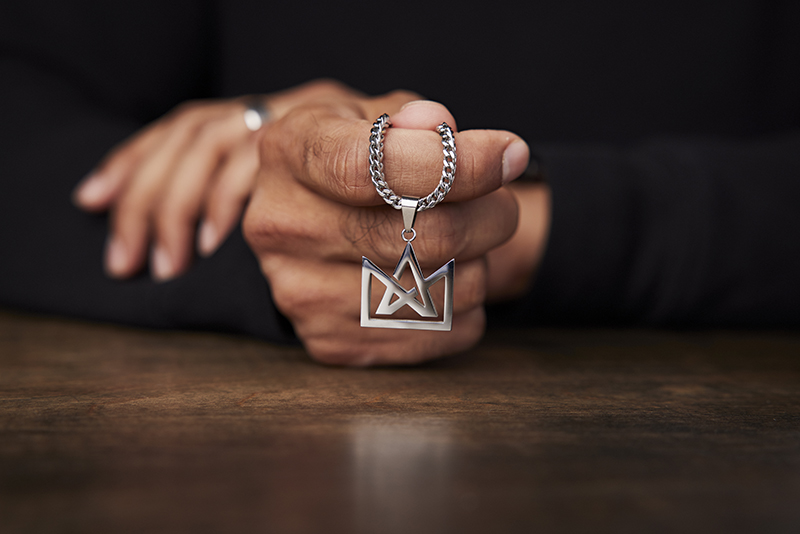 Crown City remained a dream until early 2020, following the death of Kobe Bryant. Prasad says it was Bryant’s “Mamba Mentality” that inspired him to begin planning his online venture. “He achieved so much and put his all into every project,” he says. “He was also drafted by Charlotte back in ’96, so I had all the motivation I needed.”

Prasad had already worked in the jewelry business for more than a decade. His college best friend’s father owned a watch store in Manhattan. In 2014, Prasad and his friend helped launch that store’s jewelry line, focusing on what Prasad calls “trendy urban pieces popular among the rap and hip-hop crowd.” For his own line, he wanted to work with gold- or rhodium-plated stainless steel.

Crown City grew from a collection of Charlotte-inspired pendants. Prasad found the inspiration for his crown logo, which has become a Charlotte statement piece, one day as he strolled Bryant Park and noticed the clean, straight lines of the Duke Energy building.

He’s also woven a part of Charlotte’s history into the collection: The breaks—or missing pieces—on his crown were intentional. “They are meant to represent the missing pieces of this city,” he says, “like the Brooklyn neighborhood and other areas that were torn down.”

Crown City is available at CLT Find, a popular online retailer with a stall at 7th Street Public Market, and the Charlotte Visitor Info Center shop. Prasad hopes to be in several stores in Plaza Midwood, South End, and Camp North End soon. He also sells his pieces, which cost around $45 each, at crowncitync.com and his Instagram page, @crowncitync.

“Living in Charlotte has already changed my perspective of life and of people,” Prasad says. “I have a new appreciation for unrushed living, putting family first, and getting to know your neighbors. The best way to show love or support for something in this day and age is by wearing it. Some do it with clothing, some do it with jewelry.”

STYLE: The Story Behind Boardroom Socks