This time last year, Charlotte's housing market seemed largely insulated from the market slowdown in other regions of the country. Today, we've still got Las Vegas, Detroit, and large sections of California and Florida to feel sorry for, but the average home price here has fallen, the number of closings is down, and foreclosures are on the rise. Sellers are slashing prices and expecting their real-estate agents to really earn their commission. Buyers are worrying about qualifying for a mortgage or getting stuck with a house from a builder that has gone bust.

We talked to five people who recently experienced the new real estate reality and still managed to close a deal -- buying or selling (and in some cases buying and selling) in one of the worst markets in recent memory. Here's how they did it. 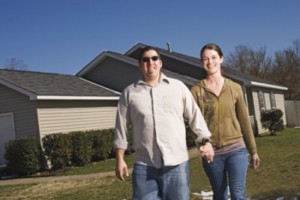 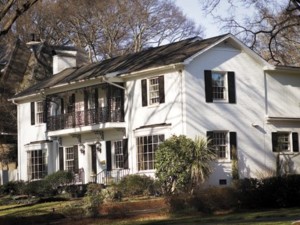 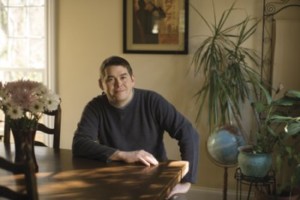 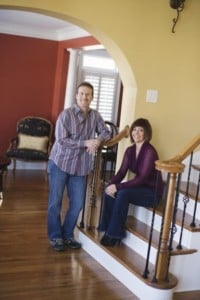 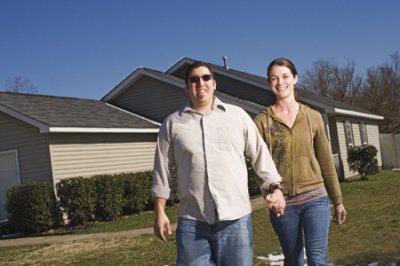 “A short sale is not for someone who doesn’t want to get their hands dirty,” says Michelle Alejandre (with husband Jaime). They purchased the home for $21,000 below what the original sellers paid for it in 2006.

My house has been on the market for months, with no offers. What now?

Get a second opinion from an expert about the appearance of your home, and consider making inexpensive cosmetic changes that will help it shine. Music agent Derek Smith's Merry Oaks ranch lingered on the market for four months when he hired Realtor Lexie Longstreet, who brought in a home-staging expert. For about $200, the stager hung some pictures, rearranged the furniture, and replaced an old ceiling fan with a cute chandelier, which she bought at a yard sale for $10 then spray painted.

Longstreet also had Smith paint over the dated wallpaper in the kitchen and suggested pulling up the new carpeting he'd just installed in the living room and master bedroom. He spent a couple thousand dollars to have the hardwoods underneath refinished.

Within weeks, they had an offer.

Smith says he sold the carpet on Craigslist for $70 — about one-tenth of what he paid for it new. "I didn't get my money back on it that way," says Smith, who now lives in Cotswold with his new wife and her kids, "but it definitely was worth it because I think it really did help sell the house."

The buyer closed on the 1,300-square-foot house last fall for $206,000, a respectable 8 percent off Smith's original asking price and more than double what he paid for it ten years ago.

"There's nothing wrong with wall-to-wall carpeting and ceiling fans, but if people expect hardwoods and chandeliers, that's what you need to give them," says Longstreet. "I feel like I've been saying that forever, but now it's absolutely essential."

INSIDE DISH When a nicely decorated, well-kept home is on the market, you often see the phrase "shows like a model" in the listing description. These days, your house needs to be as picture-perfect as a Sports Illustrated swimsuit supermodel.

I've found a great deal on a great house. Will I be able to get a loan?

Persistence paid off for Jon Hafezi, who in December bought a Myers Park fixer-upper for $900,000, about 30 percent below the original asking price. With 20 percent down and an excellent credit record, he would have been a shoo-in for a mortgage even a few months earlier. Problem was, he needed a jumbo loan (defined as a mortgage of more than $417,000) and those have gotten scarce.

Hafezi, a local businessman, says the process of applying for a loan was "excruciating." "I had to go through five or six lenders before I found one that would do it," he says.

All that extra effort should yield good returns in the long run for Hafezi and his wife, who wanted more space than they had in their uptown condominium. Initially, they looked at larger condos in the center city, but felt sellers were demanding outrageously high per-square-foot prices. When he found the fifty-eight-year-old two-story on Queens Road West—perhaps the city's most prestigious street address—he wanted to make it work. The house had had little interior updating in the last fifty years, but it was flanked by a new home for sale for $4 million, and a two-year-old home offered for just under $3.5 million.

It was June when Hafezi first approached the sellers—an elderly couple eager to move in to a local retirement community. They were willing to give significantly on price, but it was still late December before he was able to tie up the financing and close the deal.

"Not too long ago, all you needed was a pulse to get a mortgage," says Realtor Al Dickens, who represented the sellers. "But if you've got good credit and a down payment and you're willing to keep looking, you can still get one."

INSIDE DISH You can no longer expect lenders to treat you like royalty just because your credit score is above 650. But if you're persistent, you can get a loan.

I just bought my dream home, and I need to sell my old house fast. What now?

When she moved here from California two years ago, she intended to make the spacious Lowcountry brick charmer she bought in Providence Country Club a permanent home for her and her teenage daughter. But about a year later, she fell in love with a five-acre horse farm down the road in Waxhaw, and bought it.

After more than six months with no offers, Dillinger decided last summer to switch to a Realtor who would more actively market her home. She chose Jonathan Osman of Keller Williams, who persuaded her to come down significantly on her asking price.

A wave of more than forty showings followed over the next two months, and Osman followed up with a phone call to the Realtor of each potential buyer, specifically addressing concerns that the property abutted Tom Short Road, a popular south Mecklenburg thoroughfare.

"I've always called to get feedback," says Osman. "But really working to convince people is something you've never had to do before in this area."

Finally, they landed a buyer who in October paid $47,000 less than what Dillinger bought the house for in January 2007. Dillinger says it's the first time she's ever lost money on a house, but she believes she made up for it on the buying end—paying about $75,000 below what she believes is the market value of the horse farm. And she feels fortunate that she got out of the California real estate market in late 2006.

"I see homes listed for sale there that are half price — and they still aren't selling," says Dillinger. "I feel like I got out of there with my hair on fire."

INSIDE DISH If you're trying to sell a house you bought within the last year or two, there's a significant chance you'll lose money on the deal. But paying a discounted price for the home that you're buying could make up for it.

I'm in the enviable position of being a buyer in this market. How do I make the most of it?

Consider an inventory home in a new subdivision where builders are offering deep discounts and lots of extras. That's how Gary Stern got his "man cave" on the third floor of his new brick home in Weddington's Brookhaven subdivision. Stern says builder John Wieland Homes had already dropped the price of the house by tens of thousands of dollars when he and wife, Lora, started looking at it. They negotiated to have Wieland finish the home's third floor—a $50,000 upgrade where Stern now houses his home office, flat-screen TV, and extensive collection of workout equipment—and drop the price another $4,000 to $555,000. The deal is even more impressive when you consider that several similar houses in the neighborhood were listed for resale around that time for about $630,000.

"When we moved in we had several neighbors come over and tell us, ‘You got an amazing deal,' " says Stern, a national sales manager relocated here from Maryland.

But not every new-construction home out there is necessarily an amazing deal. Terry McDonald, the Sterns' Realtor, says it's important to look for a reliable builder in a neighborhood that's relatively far along in the building process. You don't want to get stuck with a shoddily constructed house that has no warranty because the builder no longer exists, or a shiny new house that's surrounded for years by empty lots.

Be sure you know what similar houses in the area have sold for, so you know the price reductions the builder is claiming are actually reductions. McDonald suggests going with a Realtor who doesn't accept bonuses from the seller, so any discounts offered by the builder go directly to the buyer.

"It's a great time to buy; you just need to know how to buy safely," says McDonald.

INSIDE DISH Many homebuilders are offering five-figure discounts. Just do your homework—or hire a knowledgeable real estate agent—to make sure it's actually a bargain.

I've seen several home listings that say "short sale" or "pre-foreclosure." What does that mean, and are short sales good deals?

A short-sale home can be a good deal if you can be flexible about your closing date and you don't require the house to be in "move-in condition," says Michelle Alejandre, a stay-at-home mom of two, who last year bought a short-sale home in Concord with her husband, Jaime, a children's minister.

In the typical short-sale scenario, the owners have fallen a few months behind on their mortgage payments. To avoid the costly foreclosure process, their lender has agreed to allow the owners to sell their house for less than they owe on the mortgage. The seller can come away with less damage to their credit record than an actual foreclosure would cause.

In the Alejandres' case, the sellers had been through a nasty divorce, fallen on financial hard times, and needed to sell their house. The Alejandres were looking to stop renting and liked the Ivydale subdivision, but they weren't sure they could afford it. Many Ivydale houses sell for $130,000 and up, so they were thrilled when they got their house for $107,000—$21,000 below what the sellers paid for it in 2006.

But the process wasn't easy. Because the house had two mortgages on it, they had to get two banks to OK the discounted price, which took six weeks from the time they made their offer. And the house needed minor repairs and a serious scrub down.

"They left food behind in the kitchen, hair in the bathroom drain, a huge mess," says Michelle. "A short sale is not for someone who doesn't want to get their hands dirty."

Realtor Geoffrey Lamb, who represented the seller, says short-sale homes are typically in better condition than foreclosure homes, because foreclosed-upon homeowners often remove appliances and other fixtures and sometimes maliciously damage the interior of the home before they are evicted. And lenders are often willing to give a buyer a deeper discount on a short-sale home, so they can avoid owning the home in foreclosure.

"Short sales aren't for everybody," says Lamb, "but if you can get things to align correctly, you can get a great deal."

INSIDE DISH With patience, flexibility, and some sweat equity, buying through a short sale can be a great long-term investment.

This article appears in the April 2009 issue of Charlotte magazine.
Categories: Feature, The Buzz