Winter vacation in Canada? Dining, shopping, skiing, and plenty of places to warm up make this a great idea

Rocked by a magnitude-6.4 earthquake and post–Stanley Cup riots this summer, Vancouver may not be the obvious choice for a winter vacation—which makes it the perfect one! There are so many reasons not to rule out this Canadian city on the Pacific coast. The town is teeming with scenic hiking trails and bike paths and bursting at the seams with restaurants. Factor in its  unique boutiques, quirky districts, and, of course, its post-Olympic glow, and there’s no better time to visit this beautiful city. 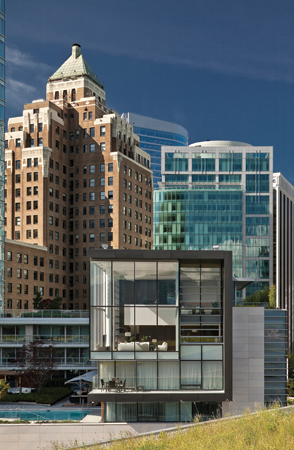 Make yourself at home at the ultramodern, Asian-influenced Fairmont Pacific Rim, overlooking the historic Coal Harbor waterfront and majestic North Shore Mountains (from $249 per night, fairmont.com/pacificrim). Opened in time for the 2010 Winter Olympics, the luxurious twenty-two-floor glass tower features 377 rooms and suites, a Lobby Bar, a deli/bakery, and the upscale Pan-Asian bistro Oru, run by award-winning executive chef David Wong. 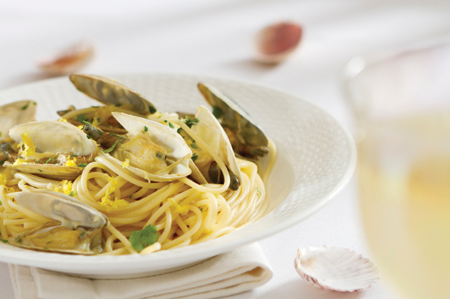 Don’t be fooled: Vancouver’s food scene isn’t limited to just its trademark Asian-influenced cuisine. No chopsticks are needed at Gastown’s L’Abattoir, a French and Pacific Coast fusion restaurant in a chic whitewashed brick-and-beam building (the site of the city’s first jail) on Carrall Street (labattoir.ca). In the same hood, you’ll find a Moroccan-spiced cod sandwich at The Diamond, a former speakeasy that’s now a bar and cocktail school, where novices and pros learn to concoct drinks like the Penicillin, an earthy blend of Scotches with ginger liqueur, lime, and honey (di6mond.com). And Italian restaurant La Quercia (laquercia.ca) is worth the twelve-minute drive to its Kitsilano neighborhood to try the exceptional menu. 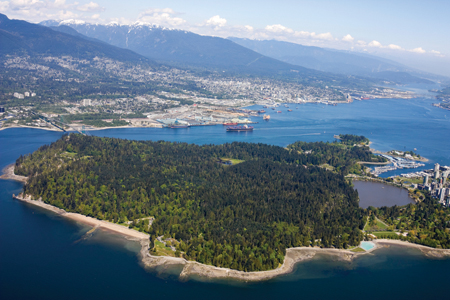 Embrace the city’s Olympic spirit with a physical challenge, like the Grouse Grind, known to locals as “Mother Nature’s Stairmaster” (open year-round, grousemountain.com). A twenty-minute drive over the Lion’s Gate Bridge drops you off at the start of a steep, 1.8-mile hike, climbing 2,800 feet, straight up. It’ll tone your thighs better than any gym workout. On a colder day, sip hot chocolate while riding the Bright Nights Train through Stanley Park, which has been decked out with 2 million colorful lights for the holidays ($9, vancouver.ca). Next day, hop a seaplane for a lovely low-flying flight over beach-fringed islets to the city of Victoria, only thirty minutes away ($290 roundtrip, harbourair.com).

GETTING THERE: Avoid paying international fees by flying to Seattle and driving to Vancouver, says Travelzoo Top 20 publisher Jamie Freedman. Knock off up to $100 each way when you book your nonstop flight with JetBlue, which also offers car rentals. The flight is five hours and forty-five minutes; the drive is two hours and thirty minutes. 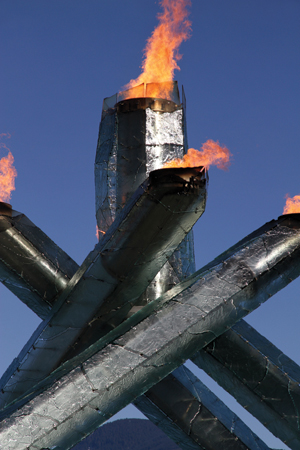 Slip on your most comfortable boots (or pick up a new pair at Dayton Boots on East Hastings) and walk east from your hotel to the famous Gastown district, an old waterfront made up of charming cobblestone streets lined with stylish clothing boutiques, trendy restaurants, and art galleries featuring local artists. And don’t forget to swing by the waterfront again to snap a photo in front of the extraordinary steel-and-glass Olympic cauldron, where a flame lit up the city just two winters ago. It’s a perfect way to end a victorious vacation.

This article appears in the December 2011 issue of Charlotte magazine.
Categories: Buzz > Travel, News & Features, The Buzz
Contest of the Month