We Still Have a Race Problem

Why are we so afraid to talk about it? 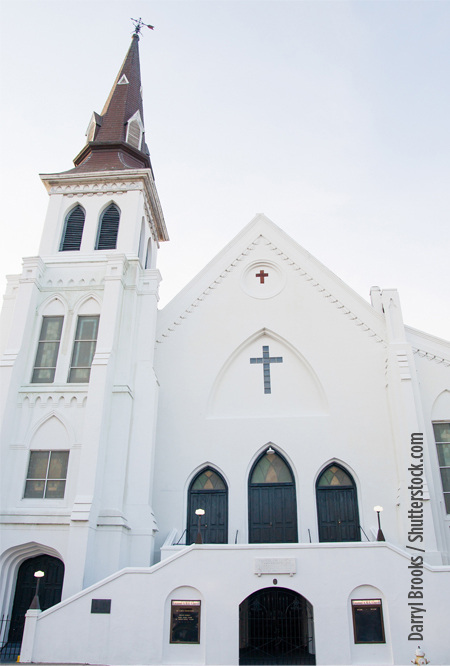 I AM WRITING because I don’t know what else to do. I have been emotionally spent from the massacre of nine beautiful souls during a Bible study at Emmanuel AME Church last week in Charleston, South Carolina. I have sat teary-eyed on the edge of my bed, paralyzed while staring at the nonstop coverage on the television, trying to find a constructive way to channel my pain.

Years ago, in Illinois, I was baptized in the African Methodist Episcopal Church. My grandparents were AME. My mother, my sister, and I were ordained as reverends into the AME Church. I know the historical significance of this church. Although I did not know Reverend Clementa Pinckney personally, we shared a bond as members of Alpha Phi Alpha Fraternity, Inc. As a history teacher I’m also familiar with Charleston—once the slave trading capital of the United States. We have come a long way in America. I keep a crystal jar prominently displayed in my living room at home. Inside the jar are a few bolls of cotton that were picked generations ago by my sharecropping grandparents. They serve as a constant reminder of progress. A nation that once viewed kidnapped and enslaved Africans as property now has a man of African descent in the highest office in the land. By any measure, that surely shows a country moving forward. Yet just last week The Washington Post ran an article that stated that race relations are the most important problem in the country to African Americans. Despite our marked improvement, America still has a race problem.

We have reached the point in our nation where it’s taboo to be a racist. Few people would willingly admit to wanting to be associated with the years of barbaric violence and systemic oppression of human beings. For all practical purposes there are very few “racists” in America, which has given many the false impression that there is no racism. That’s being “colorblind” and unrealistic. Truthfully, we have not eradicated racism. We are nowhere close. In some ways what we’re doing is actually worse—we’re just not talking about race. As a teacher, I have seen disparities in discipline for students of different races committing the same infractions. Nationally, students of color are as much as three times more likely to be suspended than their white counterparts. I’ve been party to conversations with intelligent people who struggle to find the reasons for this gap, but also refuse to acknowledge race. How can this be? 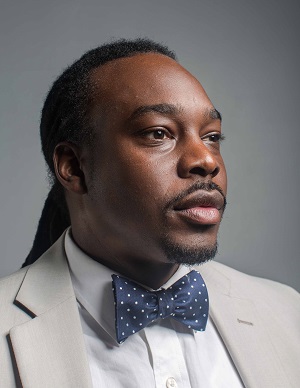 Generally, I believe, Americans suffer from racial fatigue. We are simply tired of talking about race. We have adopted a language of rejection around racial issues. Terms like “race card,” “race bait,” and “white guilt” are examples of contrived language with ambiguous meaning designed to shut down any discussion on the matter. In some cases the term “racist” has been conveniently redefined to mean “anyone who talks about race at all.” I’ve had many discussions about Culturally Responsive Teaching, which incorporates students’ cultural knowledge and past experiences into teaching and learning. And I’ve heard fellow teachers tell me after these conversations, “When you keep talking about all this race stuff, to me it just makes more racism.” We’ve created an entire lexicon of words and phrases to discourage people from “injecting race” into conversations. We choose not to believe race still has tremendous influence over people’s lives.

On Thursday morning, I watched intently from home as news of the Charleston shooting broke. My eyes were stuck to the screen for the better part of the day. I witnessed in complete horror as the details of this savage act surfaced and images of the suspect emerged. I moved downstairs to turn on the living room television and scrolled through my social media timelines incessantly for updates. I wondered why the killer targeted a historic, black church on the anniversary of an attempted slave rebellion. I waited three days to definitively learn that answer.

Not long after 21-year-old Dylann Roof was identified as the suspected shooter, pictures of him wearing white supremacist regalia emerged, and I knew then there was good chance this was racially motivated. But still I waited.

After Roof was identified and captured, and after he confessed while in custody that he wanted to start a “race war,” I could wait no longer. I had been hoping my fellow Americans would decry what so many African Americans do not have privilege of ignoring: This act of terror was inspired by racism. Not until this fact was undeniable did I see widespread acknowledgment.

CNN, FOX News, and a host of 2016 presidential candidates wasted no time in hijacking the narrative. They spun it as an “attack on faith.” I watched as they stepped over the nine dead bodies of black churchgoers, stooped down and picked up their Christianity, then left their racial identities on the ground with their corpses. I believe it was a politically motivated spectacle, and that belief disgusts me. Even President Obama didn’t acknowledge the racist motivation initially; instead he politicized the event by making it about gun control. I waited for an outraged public to put this heinous act into context, waited for people to see this man for what he was, a domestic terrorist. Few outlets entertained the notion.

In despair I asked, Who will speak for us? What can I do? When racism comes proudly marching down the sidewalks of our lives, are we expected to step aside, lower our gaze, and tip our hats in submission? Is this the supposed colorblind society where disparities strongly demarcated by race can be seen in nearly every institution, from education to social services, health care, housing, juvenile justice, and criminal justice? Is this the alleged Promised Land where in the past two years we’ve had racist rants from professional sports team owners and white fraternities; a rash of killings of unarmed black men, women, and children by police; settlements by lending institutions for preying on black and brown homeowners; the repealing of key provisions in the Voting Rights Act that protected against voter suppression; and Department of Justice investigations unearthing racist emails and practices in institutions funded by taxpayers? To suggest we believe this is not at all about race not only insults the intelligence of many Americans, but it serves as routine maintenance of the status quo.

Discussing racism is difficult because we feel personally implicated. It forces us to glare at our blind spots. However, if this horrific act demonstrates nothing else it is that there are life-and-death consequences for our failure to talk about this. By deflecting from the issues and choosing to engage in humanitarian platitudes, we aren’t changing anything. These approaches show our cowardice and fear of doing the hard work. I’m encouraged by the outpouring of love and forgiveness by the families of the victims. It is an inspirational feat of the human spirit. I also love seeing the multi-ethnic coalition demonstrating their support. But removing this stubborn stain called racism from the fabric of our nation is going to take some agitation. The kind that cleanses, while at the same preserves its integrity.

Even while writing these words I know there are potential consequences for me—punitive, informal sanctions that could affect my livelihood and family. But as a person of faith I am compelled to speak truth and carry my individual cross. I believe you can only achieve peace when you have reconciliation. Not just when you don't have conflict. If we truly wish to be indivisible then we must ensure liberty and justice for all. We cannot let the devil win. But as stated in the iconic movie Usual Suspects, “The greatest trick the devil ever pulled was convincing the world he didn’t exist.”

James E. Ford was the 2014-2015 North Carolina Teacher of the Year, and in December he was named Charlotte magazine’s Charlottean of the Year.

This article appears in the July 2015 issue of Charlotte magazine.
Contest of the Month