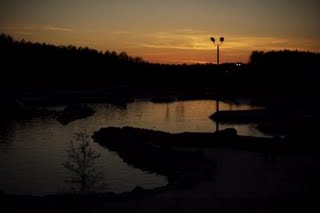 CRUISE
Have you been to the National Whitewater Center yet? If not, may I just say that you are missing out on easily one of the coolest things in Charlotte. Whether you go every weekend or are a first-timer, you should definitely be at their Moonlight Brews Cruise tonight. Running from 5:30 to 10 p.m. ($40 per person) the cruise is an hour and a half of flatwater paddling on the Catawba before you enjoy beer and snacks next to a campfire on Jones Island. www.usnwc.org

HUNT
We love a party where dress code is suggested. Seriously. It makes picking out clothes so much easier. Don’t you just wish that every single thing you went to told you what you were supposed to wear? Think of all of the time you could save not standing in front of your closet screaming that you have nothing to wear. Anyway, I digress. There’s a “Pastel Party” at BlackFinn in EpiCentre at 9 p.m. tonight so don your favorite Easter outfit and expect to see the Easter Bunny himself. Oh, and in case this wasn’t enough: There’s an egg hunt and the eggs have cash prizes. Still not convinced? There will be beer specials and $5 Bunny Bombs. (We don’t actually know what a Bunny Bomb is, but we assume it’s probably pretty good.) www.blackfinncharlotte.com

DRINK
No, not that kind of drink. This is the kind that gives you a mustache—and strong bones. The Milk Mustache Mobile Tour is hitting Charlotte this weekend. Not only does the tour include the educational stuff about how great the drink is for you, but there are some smoothie samples and chair massages involved. They’ll be at The Harris Teeter on Matthews Township Parkway on Friday from 11 to 1. Then at the Wal-Mart on Galleria Boulevard on Friday from 5 to 7 p.m.

POP CHAMPAGNE
Or at least, see Ron Browz, the producer and original soloist of the hit, “Pop Champagne.” Browz is hosting his CD release party on Saturday night at Club 935. The party starts at 10 p.m. and is $20 in advance. www.club935.com

WATCH
I’m a little partial to Earl Scruggs as we are both proud natives of Shelby, NC. Scruggs’ name is on a billboard as you drive into Shelby announcing it as his hometown. I’m still working on that. Anyway, the legendary musician plays the 5-string banjo for solos like “Foggy Mountain Special.” I’ll be honest, I know nothing about banjo playing. But I’ve heard he’s quite good. And, like I said, he’s from Shelby. Obviously you should go see him when he performs on Saturday night at Ovens Auditorium. www.ovensauditorium.com