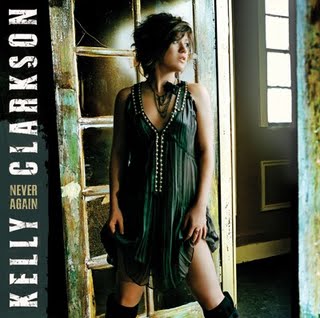 ROCK OUT
Reba McEntire and Kelly Clarkson
It’s time for another one of Jenn’s Confessions: For roughly 11 months spanning 2005 and 2006 I had my cell phone ring tone set to play Kelly Clarkson’s “Since U Been Gone”. I did it sort of as a joke when the song got popular, but it quickly became more than just a humorous amusement… in fact, it sort of became my anthem. Not because I had lost a boyfriend (quite the contrary, I was living with the one I’ve now married), but because it was just an awesome, rockin’ slightly bad ass song and I loved it. I can’t say that I have ever been as enamored with any of her other songs… or that I even know what any of them are, and I sort of forgot that Reba McEntire did anything other than star on a completely forgettable cable sitcom, but none of that matters. I would buy a ticket to this show just to stand there with my eyes closed, my hands in the air, screaming at the top of my lungs at the fictional boy who broke my heart. “IIIIIII can breathe for the fiiiiirst time!”
Friday, November 21 8pm
Time Warner Cable Arena
Tickets via TIcketmaster.com

GET CRAFTY
Artists at the Pavilion Holiday Art Show and Sale
Personally, I try not to go to craft shows because they make me feel bad and bitter about the fact that I have no artistic hobbies. Sure, making bowls out of dried gourds might be an acquired artistic taste, but I am sure that for the person making them, it is quite cathartic, and therefore I am envious. So, you probably won’t see me at the Freedom Park Pavilion this weekend enjoying the array of jewelry, garden sculptures, prints, ceramics, pottery and textile art that will be presented by local area artisans for sale. Trust me, it’s just better if I don’t come.
Saturday, November 22 10am
Mahlon Adams Pavilion at Freedom Park

REALIZE THAT KERMIT WAS WRONG
1st Annual Carolina Green Living Expo
Spend your afternoon perusing the stalls of dozens of environmentally friendly, holistic, and organic businesses brought together for this inaugural expo, and you’ll quickly realize that there are plenty of areas of your life that could be made a little greener and healthier. Mini-massages from holistic spas, samples from organic bakeries, hemp clothing that is actually fashionable, and sustainable home décor are just a few of the surprises you might find. See Kermit, it IS easy being green! (Get it? Get it? Oh, man. I am on fire!)
Cabarrus Arena & Events Center, Concord

SAY OUI
Beaujolais Wine Tasting Festival at Levine Museum of the New South
Once, while Sarah and I were studying abroad in London, she invited me to go with her to Paris for the weekend. As part of her pitch, she mentioned that she had spend a summer abroad in France to study French, and that she knew of the perfect little hotel near the Tuileries Garden that we could stay at. It wasn’t until we were standing at the baggage carousel in De Gaulle Airport that Sarah finally revealed that she remembered little to no actual French, and that, “Actually, I don’t really know the location of the hotel, per se, but I am sure if we just walk around the general area we will find it.” Despite that, it was one of the more memorable moments in the founding of our lifelong friendship, so Sarah – right here, on this blog, I am inviting you to relieve our Parisian weekend by attending this fabulous French wine festival complete with live music, a raffle and an auction. There is no need for us to speak the language, and for old time’s sake, we can forget to Mapquest directions to museum and just drive around until we find it. What do you say?
Friday November 21 5pm
Levine Museum of the New South
$30
Call 704-333-3399 for Tickets

GET IN TOUCH WITH YOUR ARTISTIC SIDE
Cajun Canvas
If you are like us, you have some very peaceful fond memories of sitting in front of the TV watching Bob Ross create another serene woody landscape painting before your very eyes. Despite the fact that Bob made you feel as though anyone could paint what he was painting, odds are you never broke out a canvas to follow along (perhaps, because like us, you were approximately 7-years-old). Now is our chance to live up to the potential that Ol’ Bob saw in us all. Head out to the Steele Creek area (We promise, it’s not as far as you might think, and they have a Super Target. So jealous.) stop in at Cajun Canvas. You can BYOB and they supply you with all the stuff you need to follow along with their artist to create the painting of the day. You’ll leave with your very own self-created art, and the knowledge that somewhere up in heaven with his happy trees, Mr. Ross is very proud of you.
11116-B South Tryon Street
704-504-5224
www.cajuncanvas.com