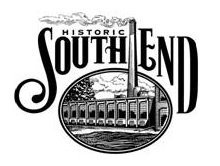 GET OUT
Pull on your favorite fall sweater and hop on the light rail to head to Atherton Mill in South End for JazztoberFest, a FREE all-day jazz festival featuring artists including Ziad Group, Uncommon Jazz, Noel Freidline Group. The festival lasts from 11 a.m. to 8 p.m. on Saturday. And did we mention it’s FREE?

SHOP
Phillip Lim’s experimental styles have been a favorite of celebs including Kim Kardashian and Gossip Girl star, Leighton Meester. Now you can check out his latest designs from 3.1 phillip lim’s holiday 2008 and resort 2009 collections at poole shop in Phillips Place on Friday October 10th.

SIP
Ok, so we try to stick to events going on strictly during the weekend (as in Friday to Sunday), but this week we’re going to make the weekend a little extra long (you don’t mind, right?) and tell you about the Aquavina International Wine Festival on the Green going on tonight. That’s how much we think you should be going to this. Sample wines from around the world as you listen to live jazz tunes and munch on goodies from Westin’s Ember Grille. The event lasts from 5 to 9 p.m. and is $25. (Proceeds benefit the Mint Museum)

DANCE
We love when there’s a creative dress code—it gives us an excuse to wear stuff we might not otherwise get away with. Which is why we’re trying to decide which black, white, or silver items would be best to wear to the Black and White Ball at Kiss Lounge on Sunday, October 12. The ball includes Season 1 runners-up from MTV’s “America’s Best Dance Crew” and a chance to see some new dance routines. Tickets are $20 in advance and $25 at the door.

LISTEN
Atlanta singer and songwriter, Shawn Mullins (his name probably sounds familiar from his 1998 hit song “Lullaby”) is performing songs from his most recent release, Honeydew. Now that it’s been several years since Lullaby was played every 30 seconds on the radio, we think we’re ready to hear his soulful voice again. He’ll be at the Visulite Theatre at 8:30 p.m. on October 11th. Tickets are $15.

*** P.S.***  Jenn looked it up. It has been TEN years since we all new the words to Lullaby. We are old.
Categories: Weekend Ahead
Contest of the Month