Why Doesn’t Charlotte Have More Distilleries?

When Ollie Mulligan founded Great Wagon Road Distilling Co. in 2013, he couldn’t sell his own liquor. Patrons would ask if they could buy bottles, and he’d have to send them to an ABC store. At the time, distilleries could offer only on-site tours and a single quarter-ounce sample per visitor, and distillers statewide could barely scrape together enough profit to keep the stills running, much less turn a profit. Meanwhile, the state’s craft beer industry was beginning to explode. In cities like Charlotte, consumers could swing by a growing roster of craft breweries to crush IPAs to their hearts’ content—and take cans and growlers home, too.

A decade later, Mulligan has moved his LoSo distillery to NoDa, and GWR is as bustling as any popular brewery on a weeknight. On a Tuesday night in November, about 30 to 40 patrons sip cocktails and eat pizza and pita sandwiches from the distillery’s kitchen as they play trivia. A wall of glass-bottled spirits towers behind the bar, and customers take home bottles in brown bags.

For nearly 80 years, that scene would have been impossible in North Carolina. But after decades of minimal change to the state’s liquor laws, lawmakers—in a series of sometimes contentious changes—have gradually opened the door. In 2007, North Carolina had one commercial craft distillery. Today, it has more than 80, the eighth most in the country, according to the American Distilling Institute. Distillers continue to lobby for even fewer restrictions to liquor and mixed-drink sales, and state officials increasingly realize the economic benefits.

And entrepreneurs who decide they want to distill and sell their own liquor have a fighting chance. The Charlotte area, home to more than 80 breweries, has a small but expanding list of craft distilleries, like Oaklore Distilling Co. in Matthews, which Thomas Bogan and Matt Simpkins opened in 2022. “The changes in the law,” Bogan says, “were the reason that we were able to open.”

Between the 1930s and 2015, North Carolina liquor laws changed in only two significant ways. Beginning in 1978, restaurants could sell cocktails—“liquor by the drink,” a change Charlotte business leaders championed. The next year, the legislature legalized distilling.

Then, in 2015, a dozen distillers from around the state, fed up with restrictions to sales and on-site consumption, formed a trade organization, the Distillers Association of North Carolina, and began to lobby the General Assembly. “It was kind of a life-or-death thing,” Pete Barger, owner of Southern Distilling Company in Statesville and a founding member of DANC, told Distiller magazine last January. “We knew that if we didn’t ban together and do this, we couldn’t really make a go of it in this state.”

DANC’s efforts have led to a series of changes. Distilleries can now host free tastings, give away mini-bottles, and sell pours of liquor and mixed drinks at trade shows, conventions, local fundraisers, and farmers markets. They can sell unlimited bottles of their liquor, plus drinks made with any spirit. And, as of 2021, they can open on Sundays.

Only in the last decade have lawmakers even been willing to discuss changes to liquor laws, says Carol Shaw, DANC’s executive director, who worked as the General Assembly’s liquor industry expert for a dozen years before she retired in 2019. “When Sunday sales were discussed in 2019, it went nowhere. They were like, ‘Oh, God, we can’t sell liquor on Sundays,’” Shaw says. “But in 2021, it passed really without any pushback. To me, that’s just showing how North Carolina is changing.” 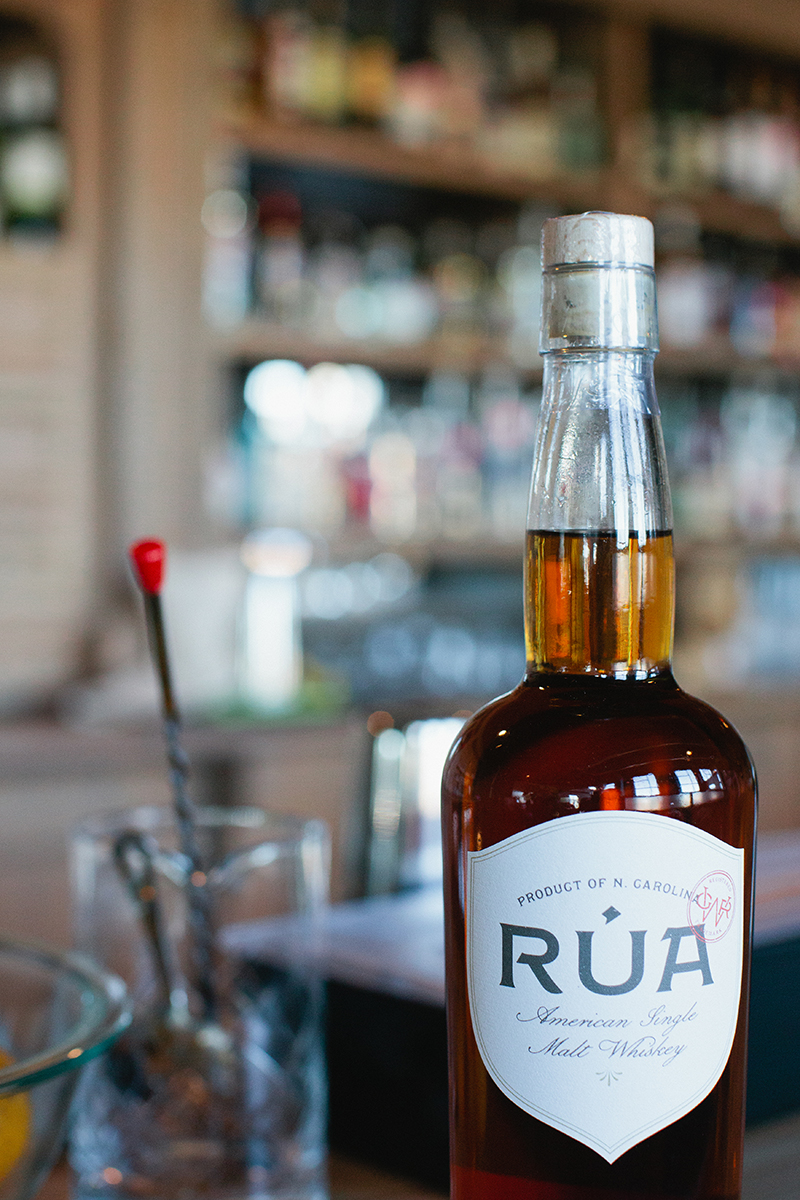 The new laws allowed distilleries to open their own “cocktail rooms,” the craft liquor counterpart to brewery taprooms. The resulting business has led to brewery-like expansions: Great Wagon Road announced in September that it plans a second location in Waxhaw. Murto Made Distillery in Huntersville opened a second location in Mooresville in January 2022.

But distillers want the legislature to clear away some of the restrictions that remain, including a 30% excise tax for spirits, the nation’s sixth highest, and a ban on distillery sales directly to bars and restaurants. Shaw says DANC plans to take aim next at popular canned cocktails, which the law allows only in ABC stores and are taxed higher than any other canned alcoholic beverage.

Still, compared to the industry’s stagnancy a decade ago, Shaw says, independent distillers in North Carolina have reason for hope—and a lot more glass bottles to fill: “The future is bright.”

Distilleries within a half-hour of Charlotte