A Father's Day Watch for Every Dad

ECJ Luxe gives a sampling from their showroom

Father's Day is just around the corner. If you're looking for something extra special this year for a dad who deserves it, consider one of these watches, hand-picked by the staff at ECJ Luxe by Diamonds Direct, a watch store that opened in SouthPark this spring. Dovy Klarberg, vice president for Diamonds Direct, and Ross Gallin, a watch professional at the boutique, gives us the details. 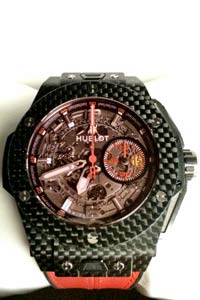 If you're shopping for a dad who is just as cool as a red sports car, this is the watch to go for. Hublot, the official watch of Ferrari, uses carbon fiber and red leather just like you'd find along the interior of the car. Even the knobs on the side of the watch are modeled after the Ferrari, imitating its brake and gas pedals, and a Ferrari insignia adorns the watch's face. "It's very cool, very hip," Gallin says. "If you're a guy who pulls up in a red Ferrari, that's the watch to go with it." 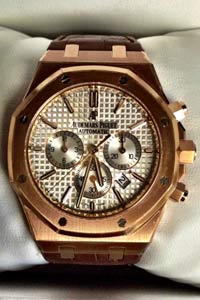 "This is what people aspire to, what your watch collector will always dream to have," Gallin says. Watches by Audemars Piguet have looked almost exactly the same since 1972, according to Klarberg, and every piece on it is handmade with an attention to detail, down to the angles of the screws outside the face. It's also still owned by the same two families that made the first watch. They're hard to find, making a dad who wears one stand out in a boardroom. Even Lebron James wears one as the brand ambassador for Audemars Piguet, Klarberg says — and he's not getting paid to do it. 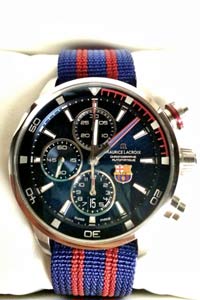 Soccer is growing in popularity across the U.S., and if your dad is cheering on a team from across the sea, there's a good chance it's F.C. Barcelona, one of the more popular teams here due to star player Lionel Messi. If dad feels like showing his colors, the Maurice Lacroix watch comes with two bands, including one in the team's signature red and blue. The second is a metal band, which helps to dress it up. "It's also truly a dive watch, perfect for that dad who coaches his kids in the morning and heads to the lake or the pool," Gallin says. "It's a versatile choice." How far can it go underwater? A lot deeper than Lake Norman, Gallin says: up to 200 meters, which is more than 600 feet. 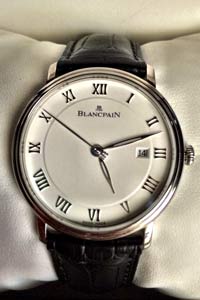 Blancpain is the world's oldest watch brand, Gallin says, in business since 1735. This watch, the Ultra-Slim, fits easily under dress shirts and French cuffs, and its classic look won't go out of style anytime soon, making it a perfect gift for a dad who wants an understated luxury watch. Blancpain is known for innovation, creating the technology for the first dive watch, and they continue to do so with a mechanism that allows for such a narrow face on this one. 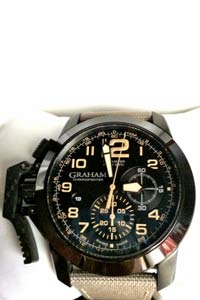 British company Graham started making watches for fighter pilots in the Royal Air Force, Gallin says. During World War II, pilots needed a right-hand watch that had an easily accessible timer they could use while in flight. Today's Graham watch keeps the same look, making it both a conversation-starter and a unique timepiece. While dad might not be manning any fighter jets, the story behind this watch makes it one he'll like wearing.

Categories: Style
Contest of the Month