Charlotte and the RNC: This Is Not Normal

City’s acceptance of Republican convention based on flawed reasoning

“Unlimited tolerance must lead to the disappearance of tolerance. If we extend unlimited tolerance even to those who are intolerant, if we are not prepared to defend a tolerant society against the onslaught of the intolerant, then the tolerant will be destroyed, and tolerance with them … We should therefore claim, in the name of tolerance, the right not to tolerate the intolerant. We should claim that any movement preaching intolerance places itself outside the law, and we should consider incitement to intolerance and persecution as criminal, in the same way as we should consider incitement to murder, or to kidnapping, or to the revival of the slave trade, as criminal.”—Karl Popper, The Open Society and Its Enemies, 1945

The Donald Trump-Vladimir Putin summit and press conference ended roughly two hours before the Charlotte City Council convened Monday. During the conference, as the world knows, the President of the United States sided with his Russian counterpart over his own government’s intelligence agencies and, as was apparent to most, his own country. 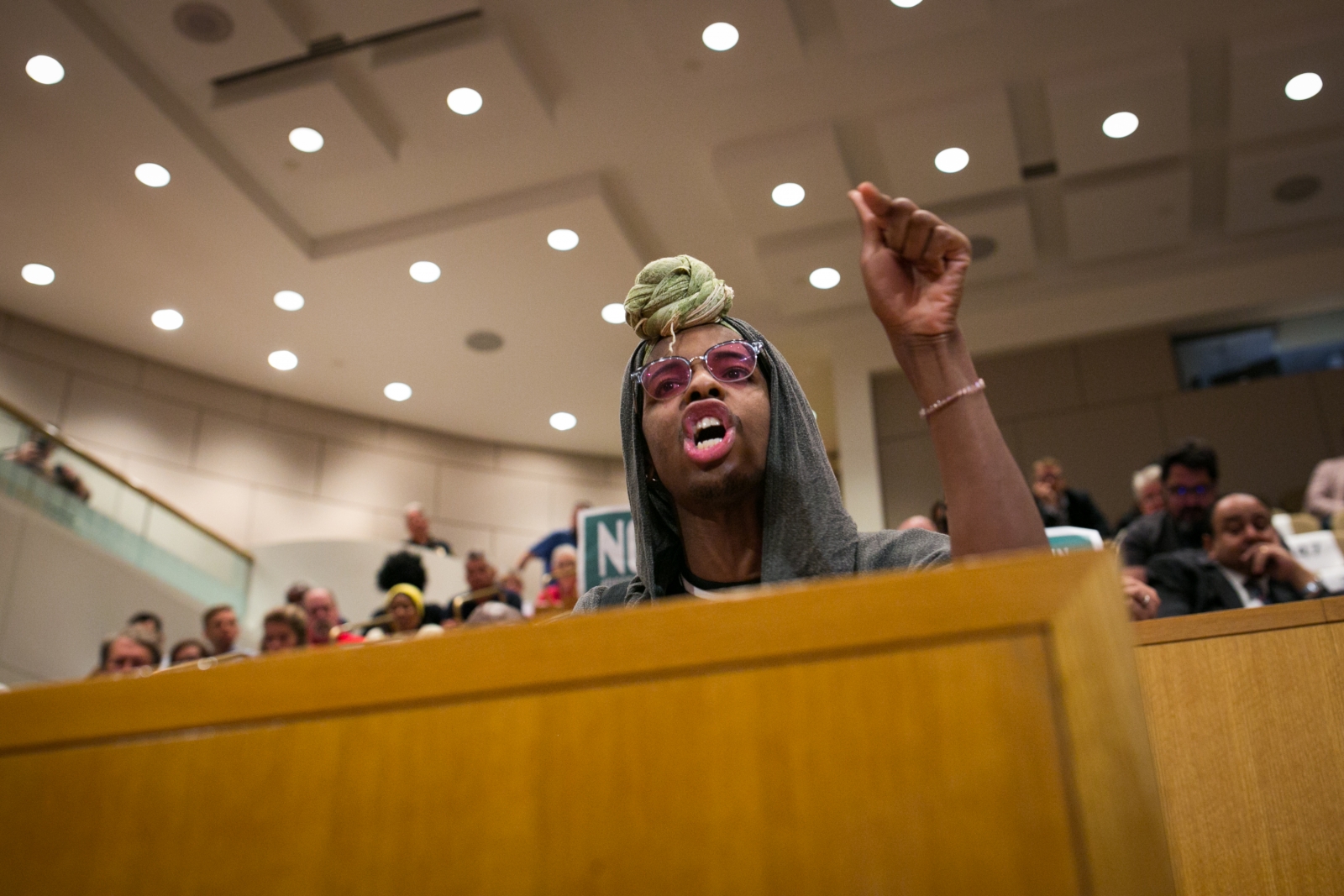 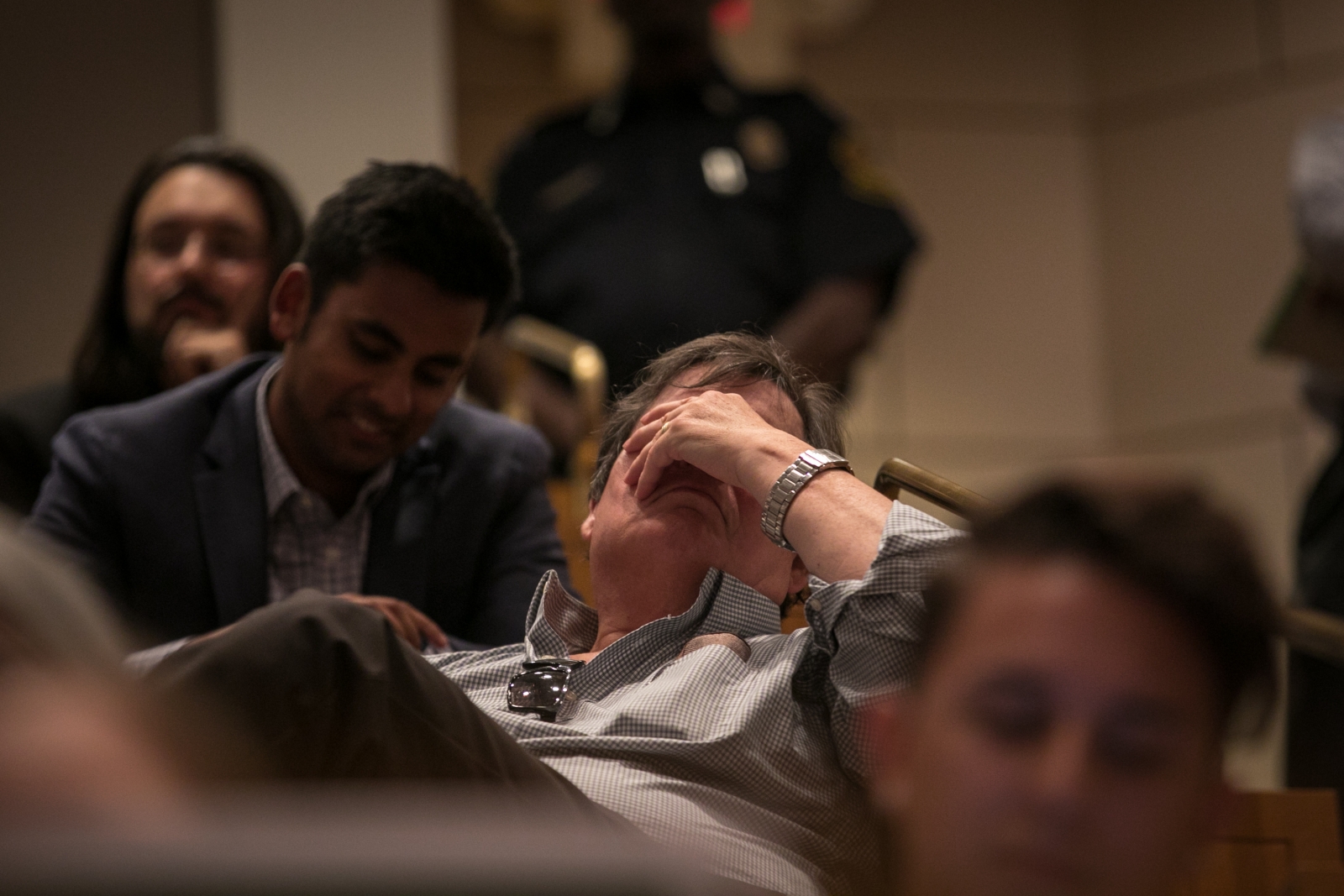 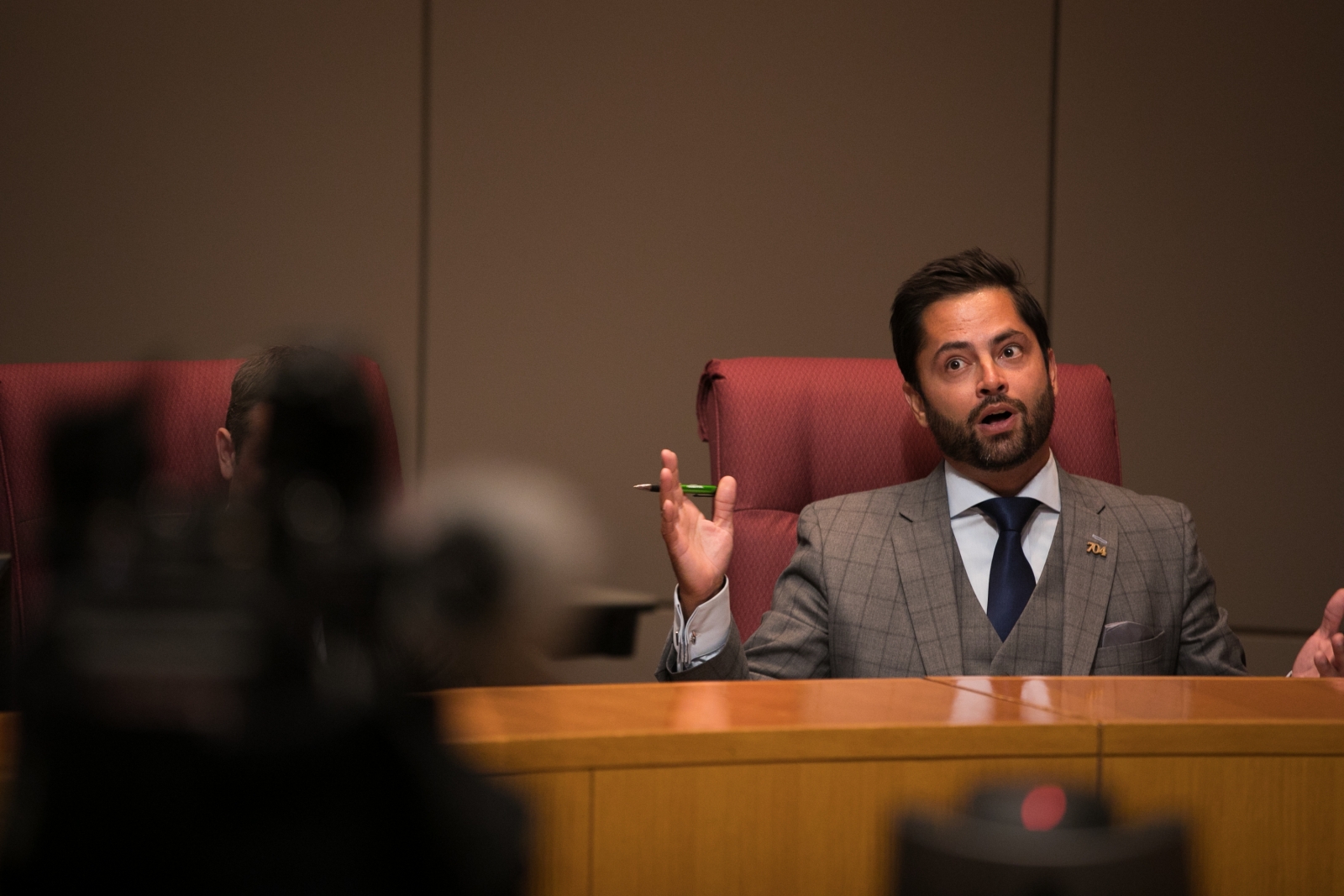 Top photo: Activitist Myka Johnson speaks at Monday’s meeting. Above: Tariq Bokhari was one of the “yes” votes on the council.

But there we sat Monday afternoon, hearing speaker after speaker on the side that wanted Charlotte to host the 2020 Republican National Convention cite the economic benefit to the city, the opportunity for Charlotte to shine on a national stage, and to demonstrate just how inclusive and tolerant it can be to a convention no other American city wanted and a party that, as a matter of policy, separates the children of asylum seekers from their parents. That last argument was breathtaking in its cynicism, co-opting the language city officials had used in the House Bill 2 battle two years ago, when appeals to “diversity” referred to the prospect of treating gay and transgender people as citizens worthy of the same consideration as the rest of us. To use the same language in the service of the RNC bid was both tactically brilliant and shameless; I’m eager to see just how “inclusive” the convention, assuming it’s awarded to Charlotte this week, will be toward people of color, and gay people, and people who happen not to approve of the idea of Donald Trump as a two-term president.

Because that’s what the RNC in Charlotte will be about, assuming Trump survives his first term. To think otherwise is delusion. We’ve heard some remarkable arguments over the last two weeks, some of which were echoed among Mayor Vi Lyles and council members Monday: This convention would be about much more than one man. Approval of the convention does not mean an endorsement of the man or his party. This represents an opportunity to have a difficult and necessary conversation about how we might heal political division. Acceptance of the 2020 RNC is not really about politics. You can’t combat divisiveness by being divisive.

Respectfully—did the four council Democrats and two Republicans who voted yes Monday actually believe the words that came out of their own mouths? In any other election year, those points might have merit. With Trump as president, they come across as facile rationalizations, reflecting a strange, almost pathological insistence on accepting this presidency as somehow normal. A convention with Trump at its center will be about Trump and the people who follow him, acolytes who have shown no hesitancy to threaten, engage in, or even celebrate violence on behalf of their cause. The nation’s political divide opened and expanded years ago, and it’s foolish to imagine even a peaceful RNC as some kind of healing exercise. Neither the American people nor history is likely to make the fine distinction between Charlotte’s supposed commitment to inclusion and its willingness to host this convention. If you’re searching for a point of comparison, Charlottesville 2017 offers a vivid enough illustration of what Charlotte can look forward to in two years.

And that’s one last thing to remember, as this city begins its two-year preparation and commences yet another conversation about civility and civic obligation and inclusion and exclusion. It’s easy for public officials and business leaders to see the convention in abstract terms, as a maker of money and reputation, or a laboratory for what’s left of American democracy. For citizens on the margins, those who don’t fit tidily into this administration’s view of the ideal American public, the RNC represents not just an insult but a physical threat. “This is not a case study. This is not an experiment,” Democratic council member Justin Harlow said during the discussion period Monday. “This is about people’s lives, their safety, and their sense of existence.”

After the vote, a small cluster of Trump supporters set up on East Fourth Street outside the Government Center, waving American, Republican, and Trump flags, celebrating and occasionally yelling insults at passers-by. “I ain’t ashamed of my vote,” their leader said at one point, “and I ain’t ashamed of my President.” You could view it either as a symbolic victory for inclusion or a threat, or maybe both. Our city’s about to learn which, and what consequences, intended or not, will arise from its decision. 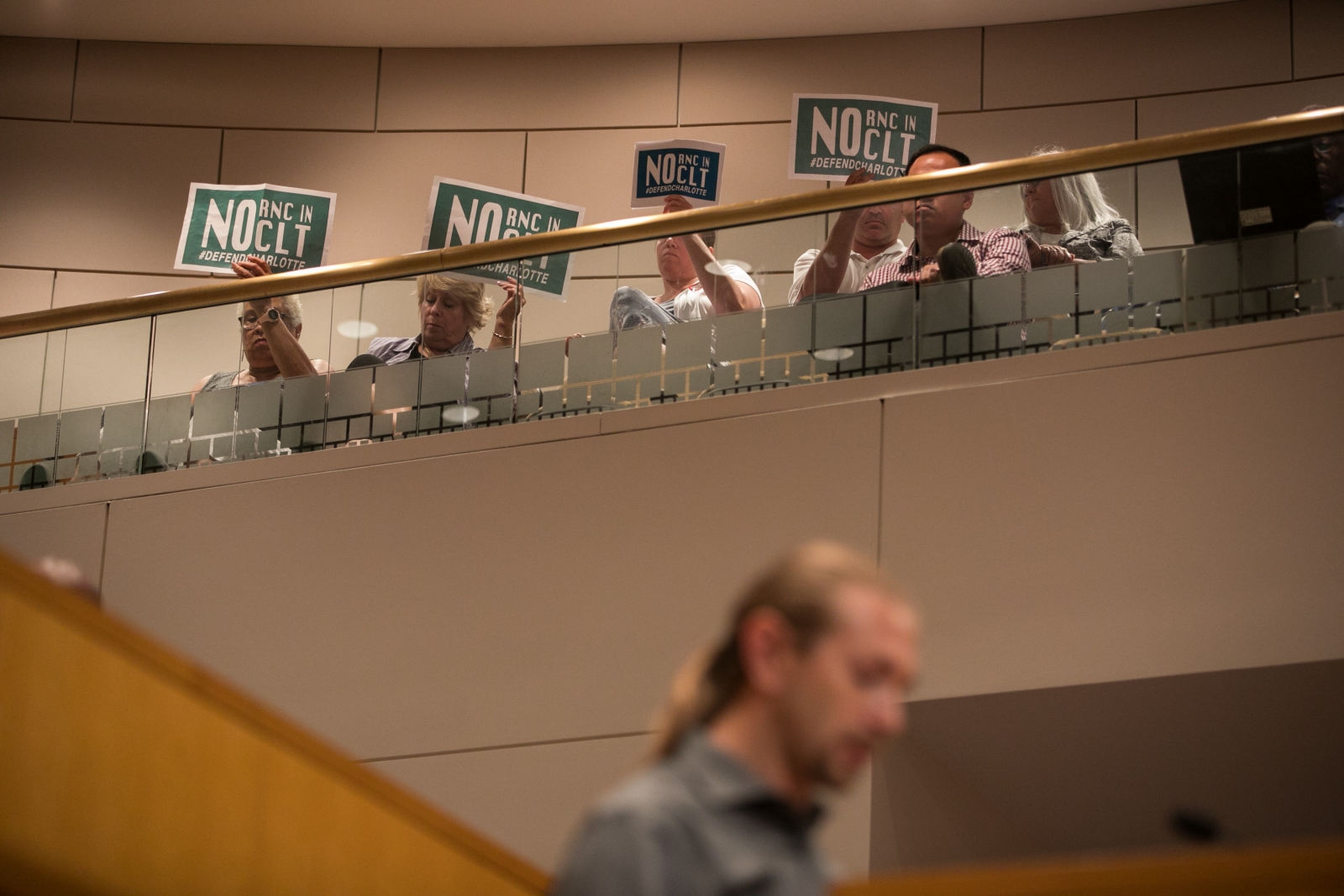 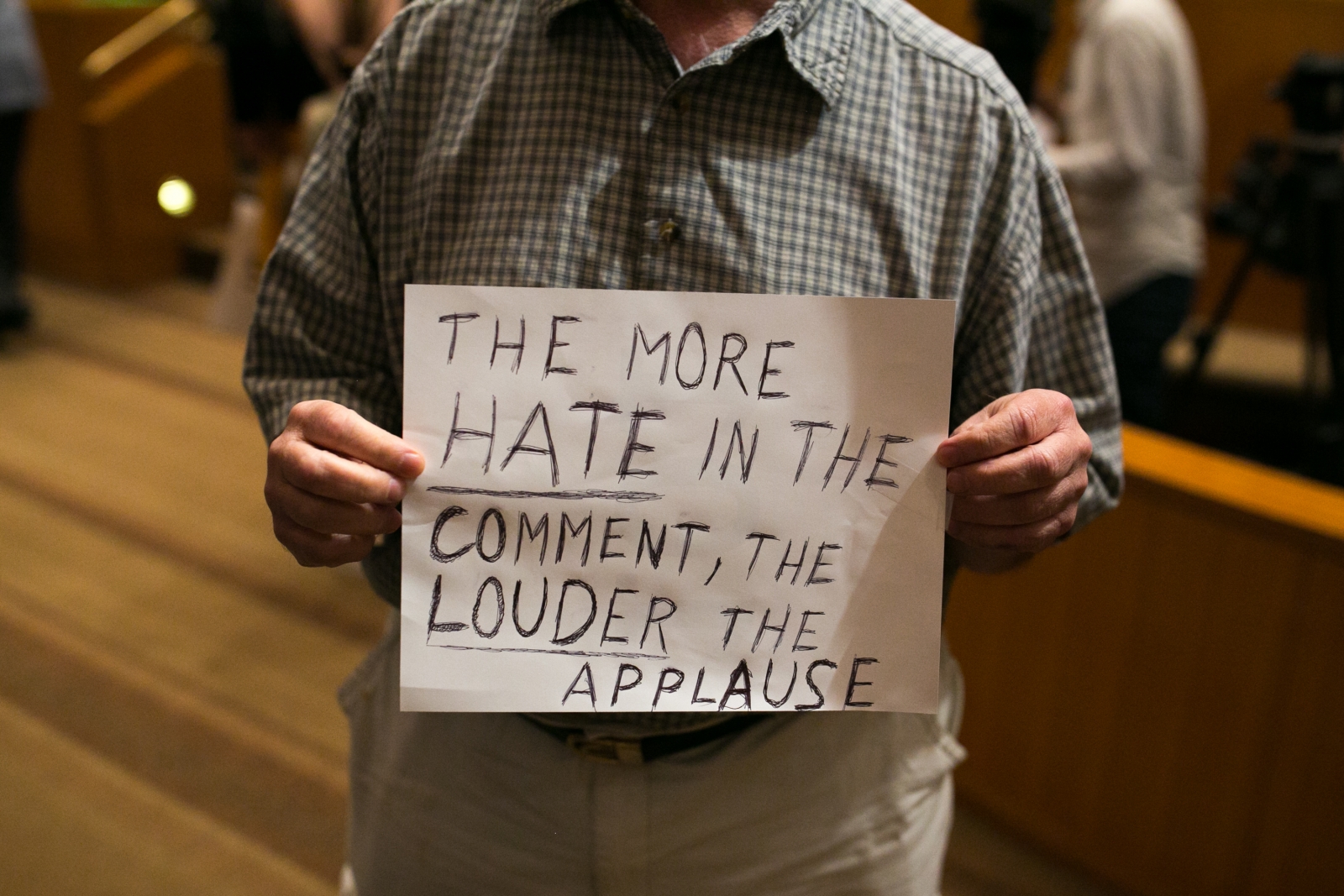 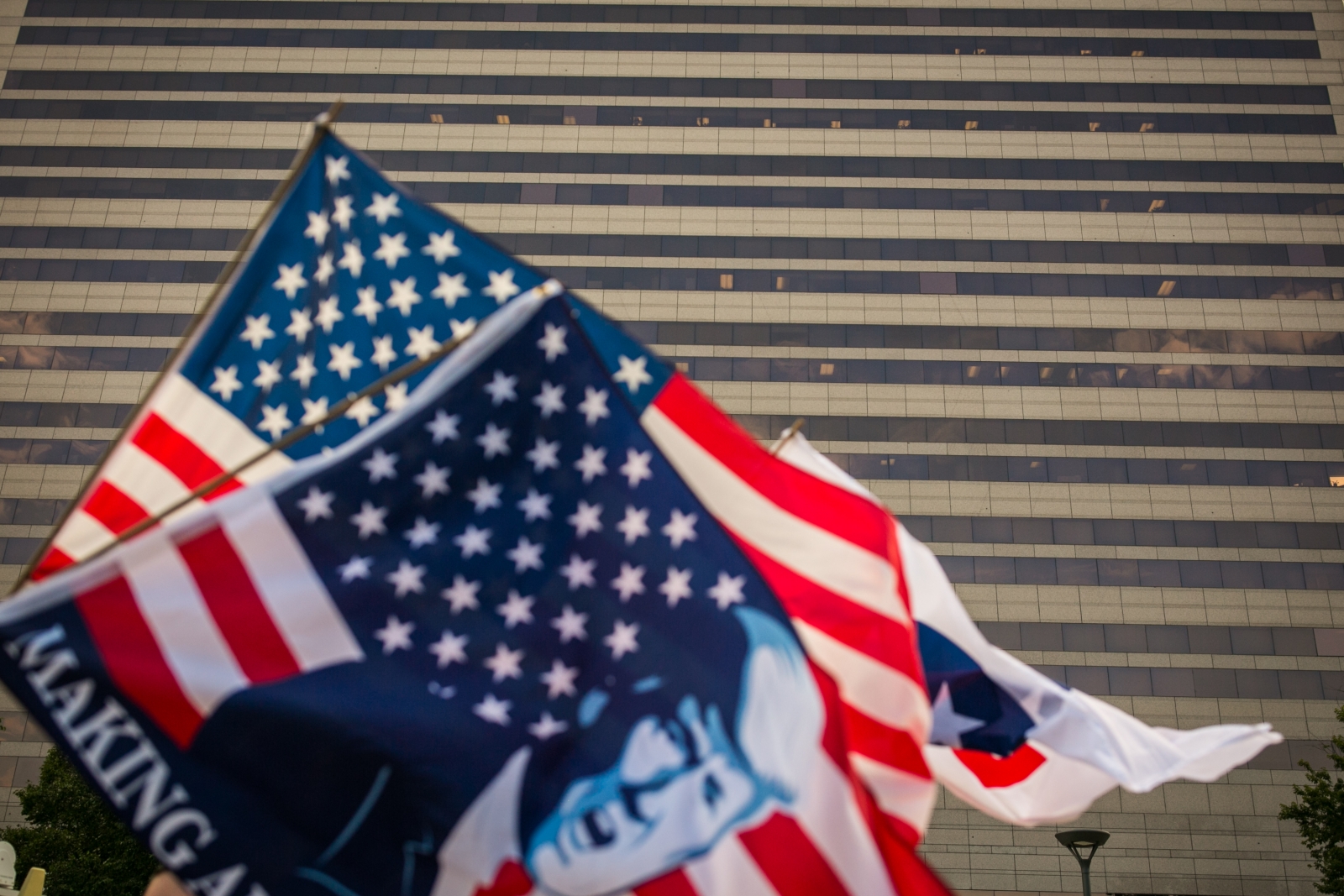