Chef Vince Giancarlo Hints at What to Expect at Zeppelin 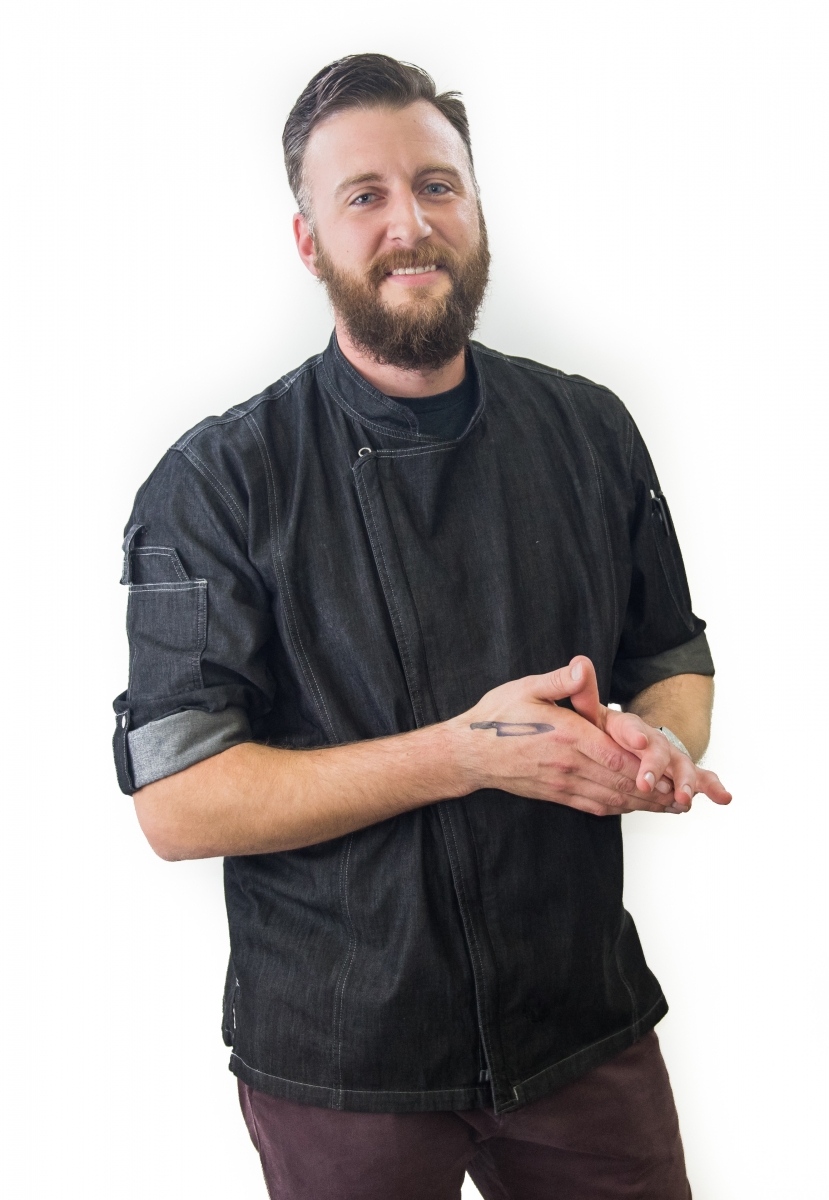 Zeppelin is the latest concept from Chef Vincent Giancarlo.

CHEF VINCE GIANCARLO SERVED Italian cuisine at the now-closed Aquavina, Mexican cuisine at Cantina 1511, and Japanese food at Baku. As the opening chef at Zeppelin, the new Tremont Avenue restaurant that will open later this year, he’s drawing influence from all of those places to create a menu that’s entirely his.

“I’ve worked in boxes my whole career, and this is my chance to step outside,” he says.

Giancarlo, whose official title at Zeppelin is executive chef/operator, says to expect seasonality and avant-garde techniques to be a focus on the menu. Avant-garde techniques include more modern ways of cooking—such as sous-vide, in which items are slow-cooked using a water bath— and allow chefs to play with unexpected textures.

Giancarlo spent six months last year in California, a trip that began as a visit with family and ended up Giancarlo working in two restaurants owned by Michelin-starred chef Josiah Citrin: Melisse and Charcoal Venice. When he returned home, he felt he’d learned all that he needed to come up with a restaurant concept. Zeppelin is owned by CSI Properties founder Johnathan Swope and Jonathan Tee, who runs multiple construction companies in town. They gave Giancarlo nearly free rein on the menu. The chef hopes to bring the growing culinary scene of Charlotte to the areas around South End.

“Zeppelin is my platform, my canvas to do so,” Giancarlo says. “I’m excited, really, just for that. The food scene in Charlotte is there. We’re ready and it’s a lot thanks to the chefs that have led the way for the last few years.”

Giancarlo has been here since 2005, when he came to Charlotte to attend Johnson and Wales.

The restaurant will open by the end of the year, with a soft opening taking place before a larger grand opening event. The indoor seating capacity is 60 people, including 14 at the bar. The main dining room will fall on the left side of the restaurant, and large booths set on a platform will overlook the bar area. The entire restaurant will be full-service, as will much of the patio, which seats 25. There will also be a lounge area outside for 15 to 20 people who are waiting for a table or just enjoying a drink.

All wines will be available by the glass; the bar will utilize a Coravin system, which allows wine to be poured through a small tube inserted through the cork. The cork then reseals, keeping wine from oxidizing in the bottle. The craft cocktail program will also be a focus, and a local bartender who has not yet been announced will be consulting on the project. Our guess is Larry Suggs, who has consulted on both SouthBound and Dilworth Tasting Room’s cocktail menus.

Giancarlo won’t reveal the menu just yet, but shared some items to expect: a rotating hummus—likely butternut squash to start—and a crispy duck dish, the result of a partnership with purveyor Harmony Ridge. He’s especially excited about his fried chicken, which will use a less traditional cooking method to keep the chicken tender and crispy, and a bread pudding inspired from his days at Savannah Red, which used to be in the Marriott. His days at Baku will show on the menu with dishes such as the Pacific hiramasa, or yellowtail amberjack, served as a crudo in two forms.

Dishes will be divided into “biggies” and “smalls,” and even the bigs will be geared toward sharing, most served pre-cut to make that easier. The menu will change as ingredients change, with an overhaul seasonally, significant changes every few weeks, and minor tweaks every couple of days.

The 30-year-old chef grew up on the coast, so we have high hopes for his seafood dishes. His sous chef, Henry Gabriel, will take on a majority of the dessert program. His strength is in chocolate, Giancarlo says, but the restaurant will also serve three or four homemade ice creams each day.

Zeppelin, near the future Common Market and Bang Bang Burgers, won’t take reservations, but is going to be on the app NoWait. Construction on the space started more than four months ago, and is down to the cosmetics.

This article appears in the November 2017 issue of Charlotte magazine.
Categories: Food + Drink