Inna Kovalinskiy spent almost a year working on her clients’ new French country-inspired estate in Mint Hill. Her team at Kovalinskiy Design, led by her husband and general contractor Vitaliy, built the 4,000-square-foot home along the neoclassical lines Kovalinskiy is known for: high ceilings, marble finishes, and a neutral black-and-white palette with natural wood tones. “We wanted it to feel modern but not overly modern—they wanted some warmth in it,” she says. “I love that it’s classical, but it doesn’t feel stuffy.”

SOAK IT UP
The homeowners requested a large soaking tub and oversized shower, so Kovalinskiy designed the primary suite around those two prominent pieces. She chose Snowbound by Sherwin-Williams for the walls (“my go-to white for every project”) and worked with her woodworker to create the his-and-hers vanity. “It’s all quartz countertops, but we made it seem custom by adding that makeup station in between,” she says. To showcase the 10-foot ceilings, she installed oversized vertical mirrors from Kirkland’s Home. 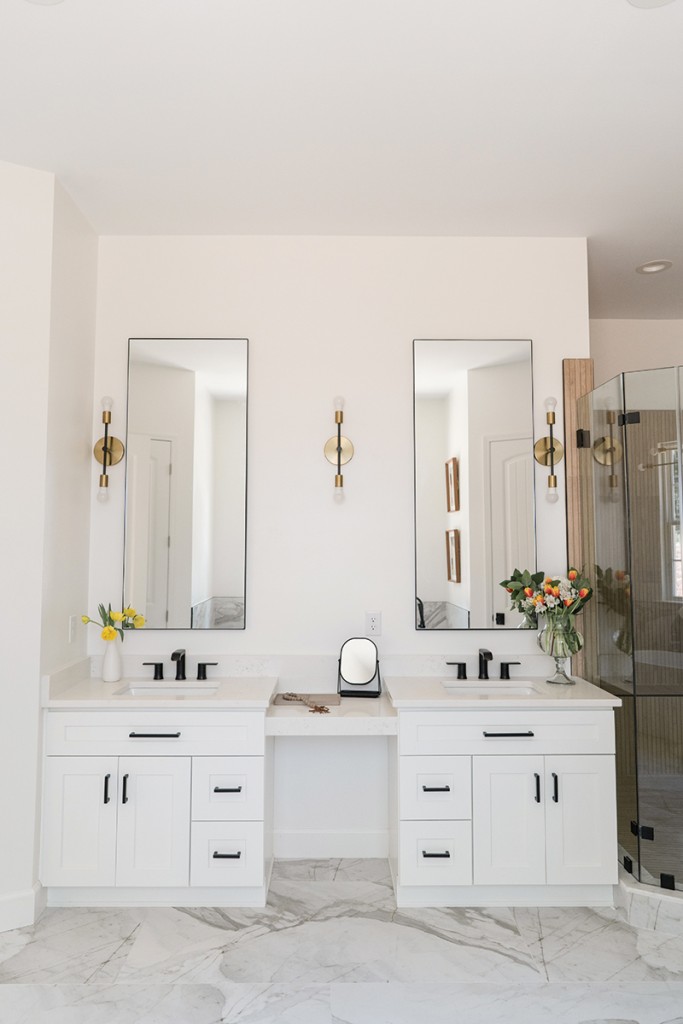 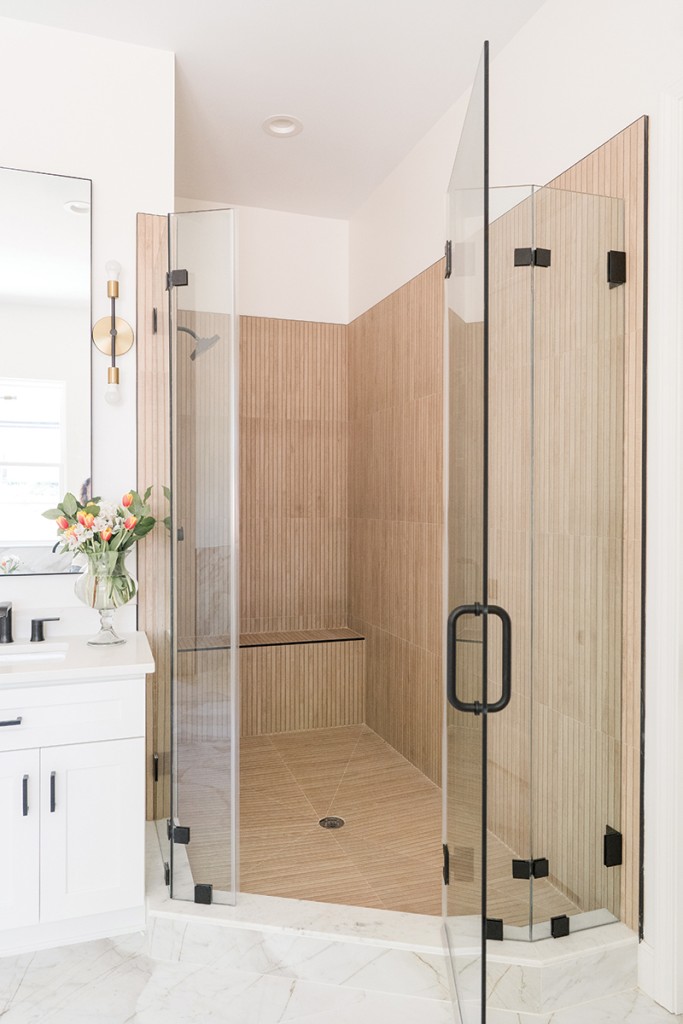 LOFTY GOALS
Kovalinskiy chose giant marble-style floor tiles to give the primary bathroom a more contemporary look. “Design is an illusion,” she says, “and oversized sheets of marble everywhere makes the room feel bigger.” The shower walls are porcelain tiles made to look like natural wood slats. “You get the elegance of hardwood, but it’s porcelain, so it lasts forever,” she says, “or at least for 20 years until someone wants to change it.”

STYLED TO AGE
For a neutral color palette, Kovalinskiy added visual interest with a mix of metal fixtures. “If you stick to one particular metal, it really shows the age of the house,” she says. She chose black hardware for the vanity, shower, and tub and brass sconces from West Elm on either side of the mirrors. Above the freestanding tub, a brass chandelier adds more sparkle. “You can always change out fixtures like these,” she says, “but that classical base of the room stays in style for decades.”