The South End restaurant shows a beautiful interior is possible even on a tight budget.

It's not uncommon for ambitious entrepreneurs to decorate their businesses themselves, but when it comes to restaurants, the stakes are a little higher. The interior of the restaurant ultimately decides the ambiance, which can be a make-or-break detail for some diners.

In the case of South End's Bardo, which opened in late May in the Gold District, the decor certainly "makes" the space.

Serving up Spanish-style tapas at what was once the Mynt Lounge years ago (1508 Unit B, S. Mint Street), Bardo exudes chic modern-minimalist style. However, unlike restaurants such as Cantina 1511 who hired an interior designer, Bardo's decor was all DIY.

How to Make Bardo's Moss Boxes

If you've been to Bardo, you've likely seen the restaurant's main decor—moss boxes line the walls and serve as a separator between the entrance and the bathrooms. Though these look like expensive finds, they were actually the result of Whiteside's handiwork, a trip or two to Lowe's, and the swift delivery of Amazon.com. 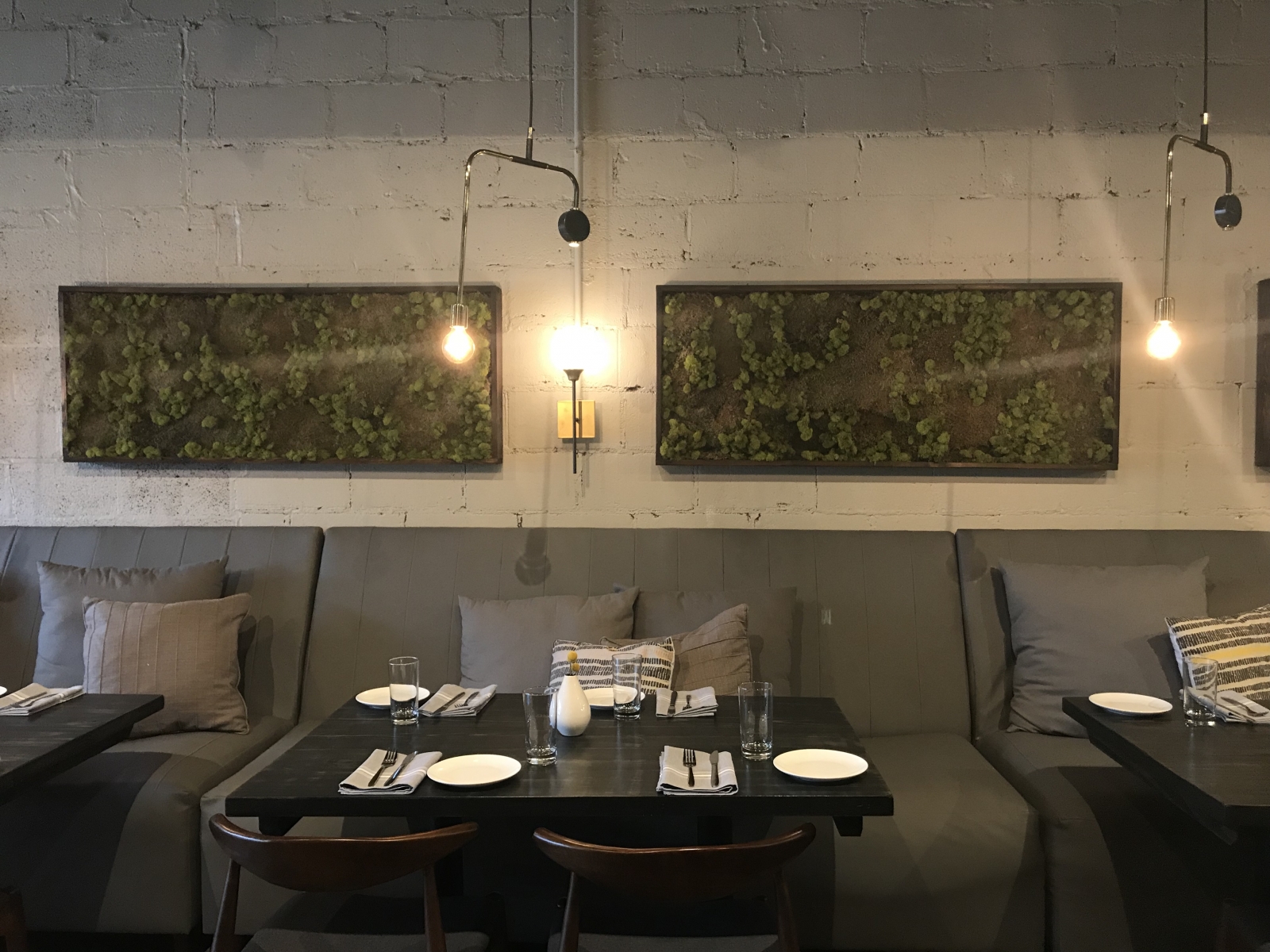 Co-Owners Jayson Whiteside and Mike Noll had a vision for the space when they first purchased it, but they also had a budget.

"We wanted it to be moss boxes from the beginning," Whiteside says.

He tells me that when he started looking at buying items he was interested in, he realized the team could make the decor themselves for a much cheaper price. And he was right.

To make these moss boxes at home, all you need are a few materials and tools: 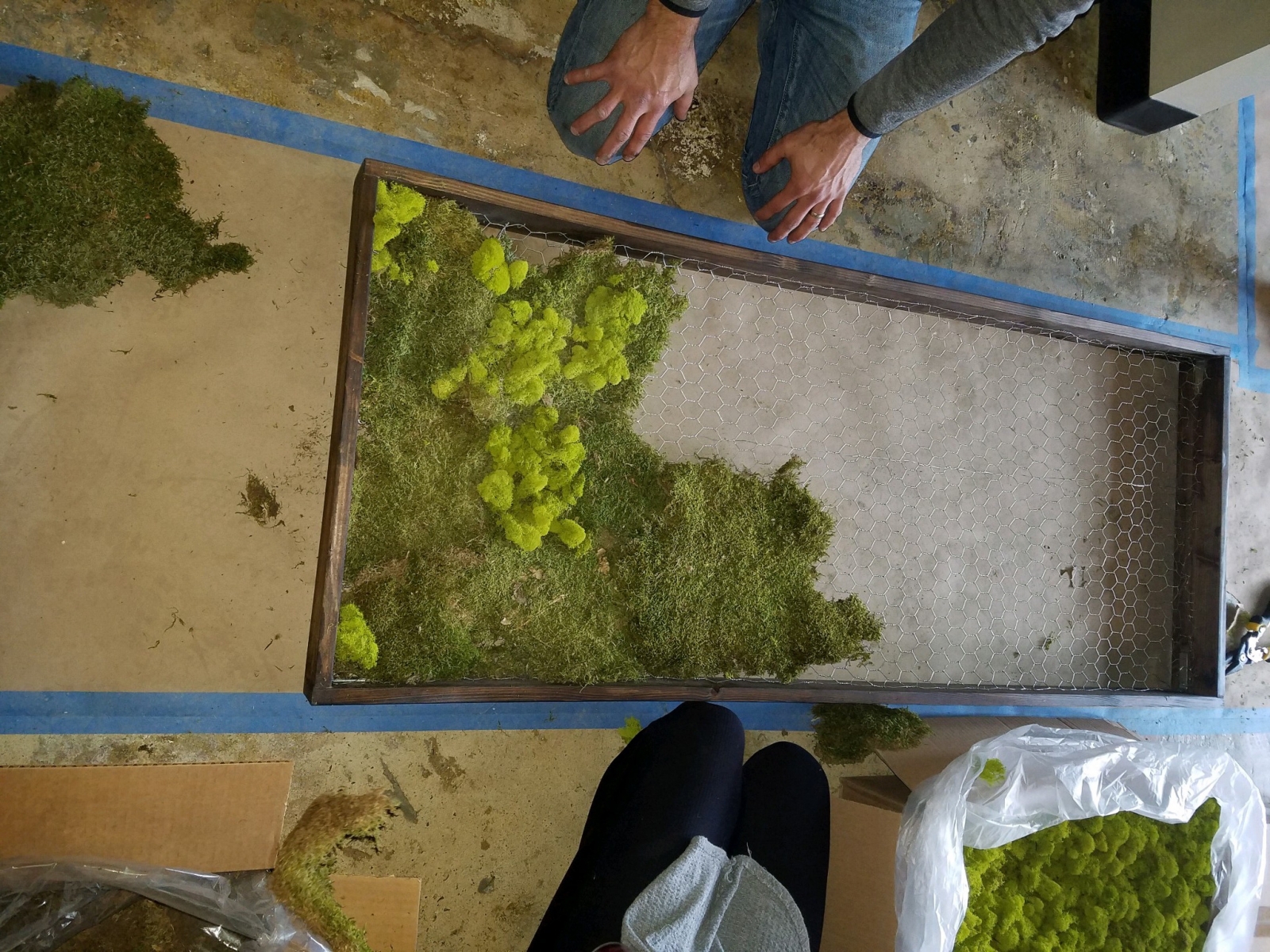 As for the dividing "wall" that also utilizes moss boxes, Whiteside, again, built the frame using wood picked up from Lowe's. He says the divider cost "maybe $200" overall. See the building process in the images below. 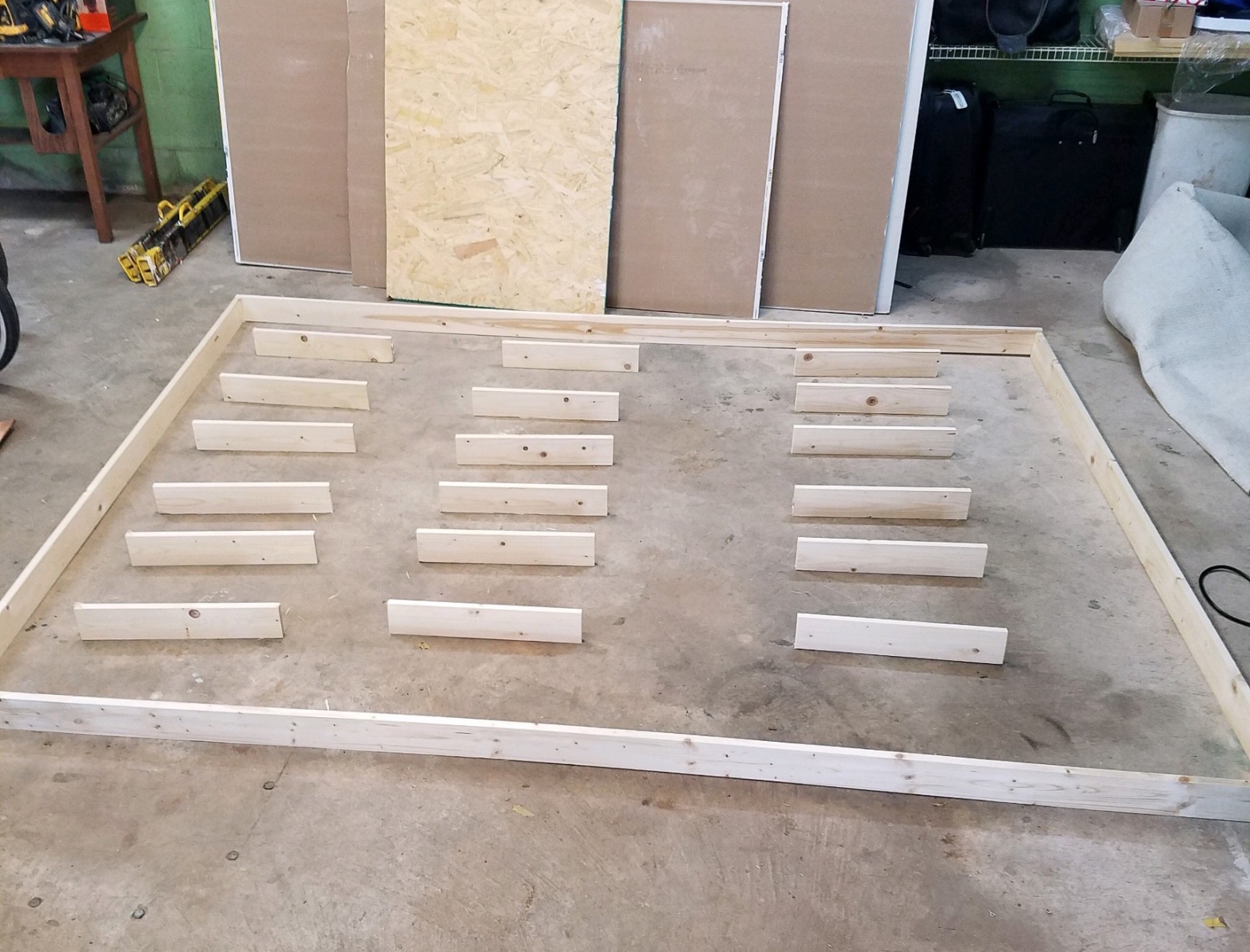 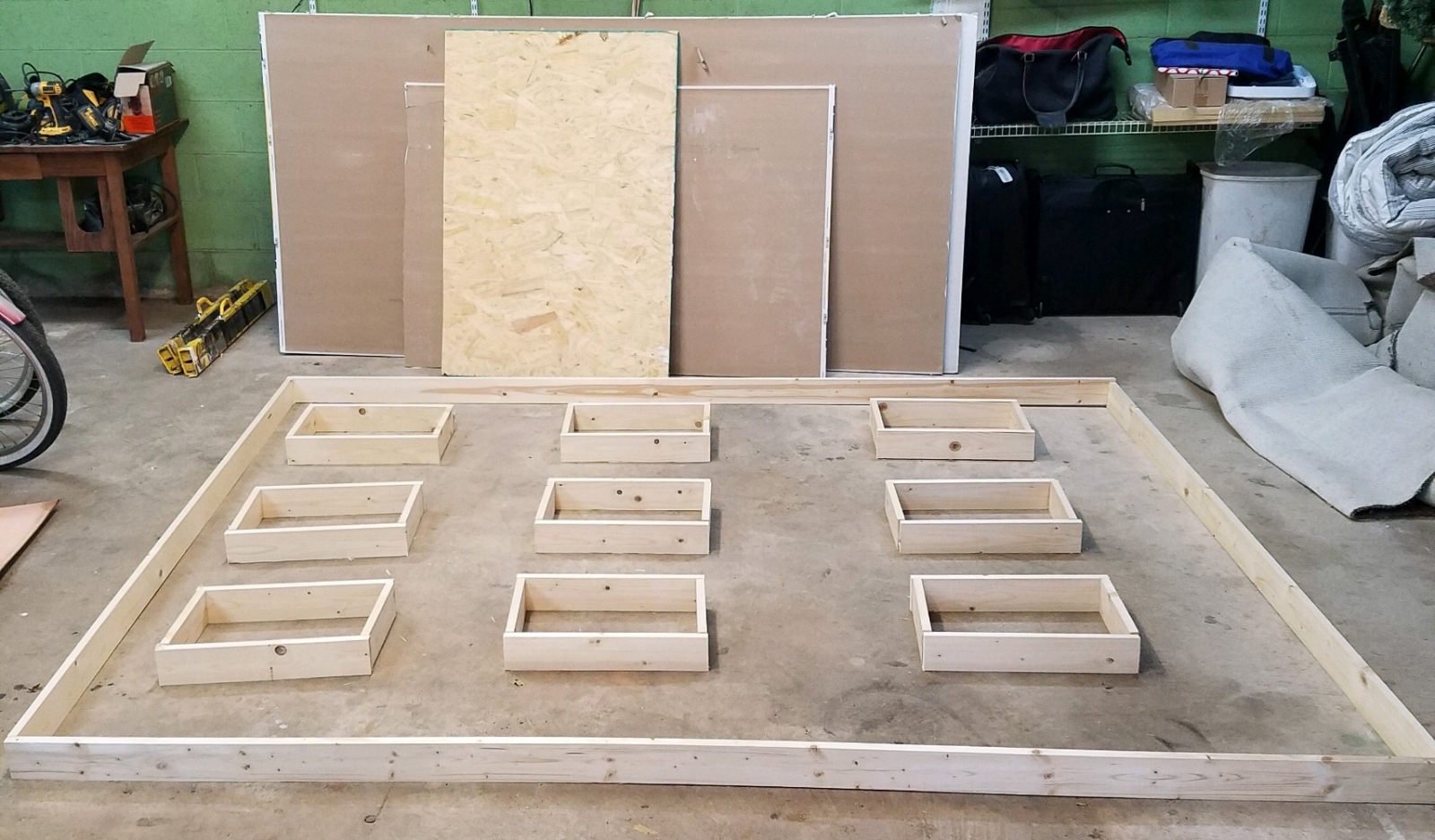 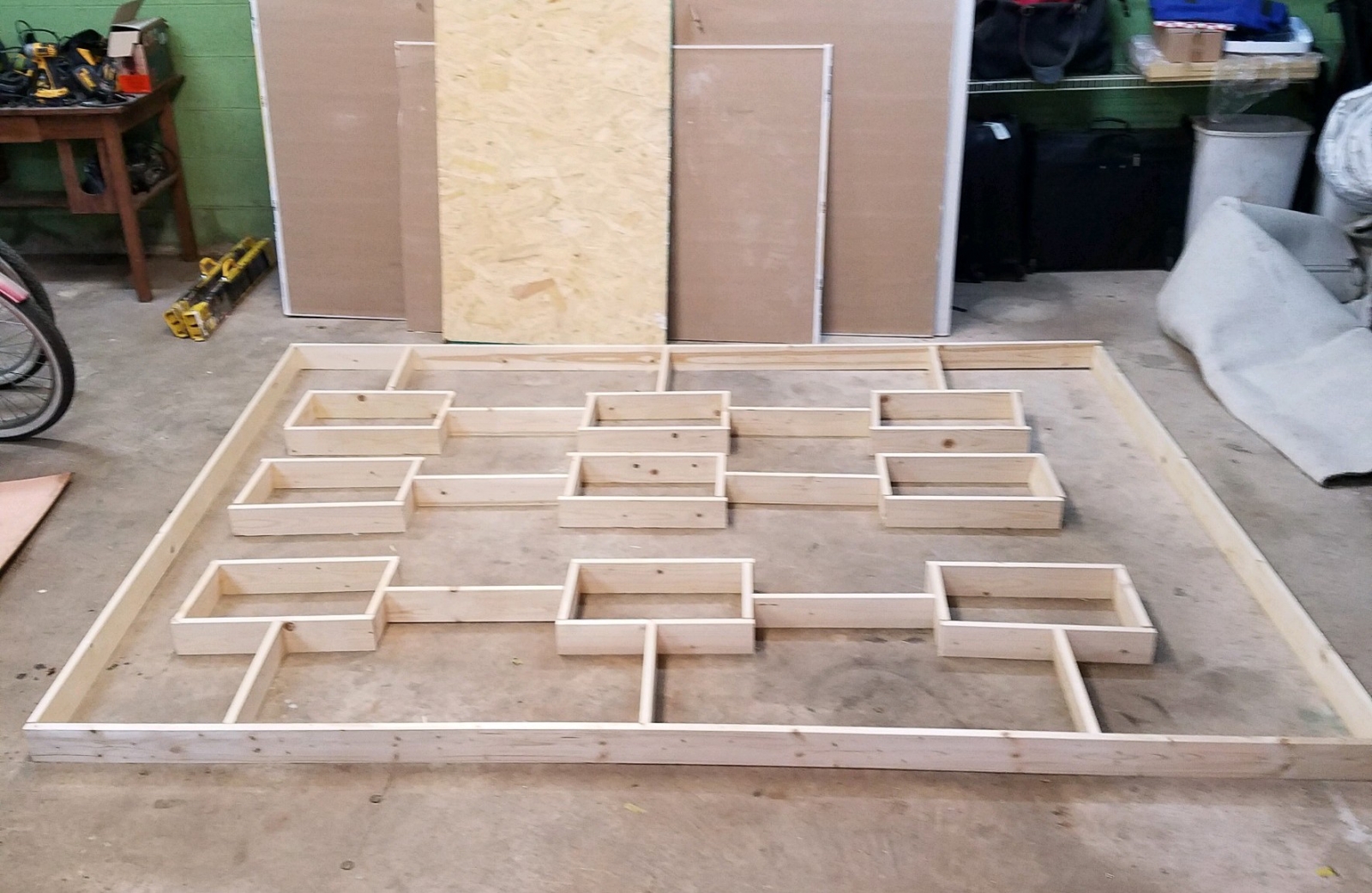 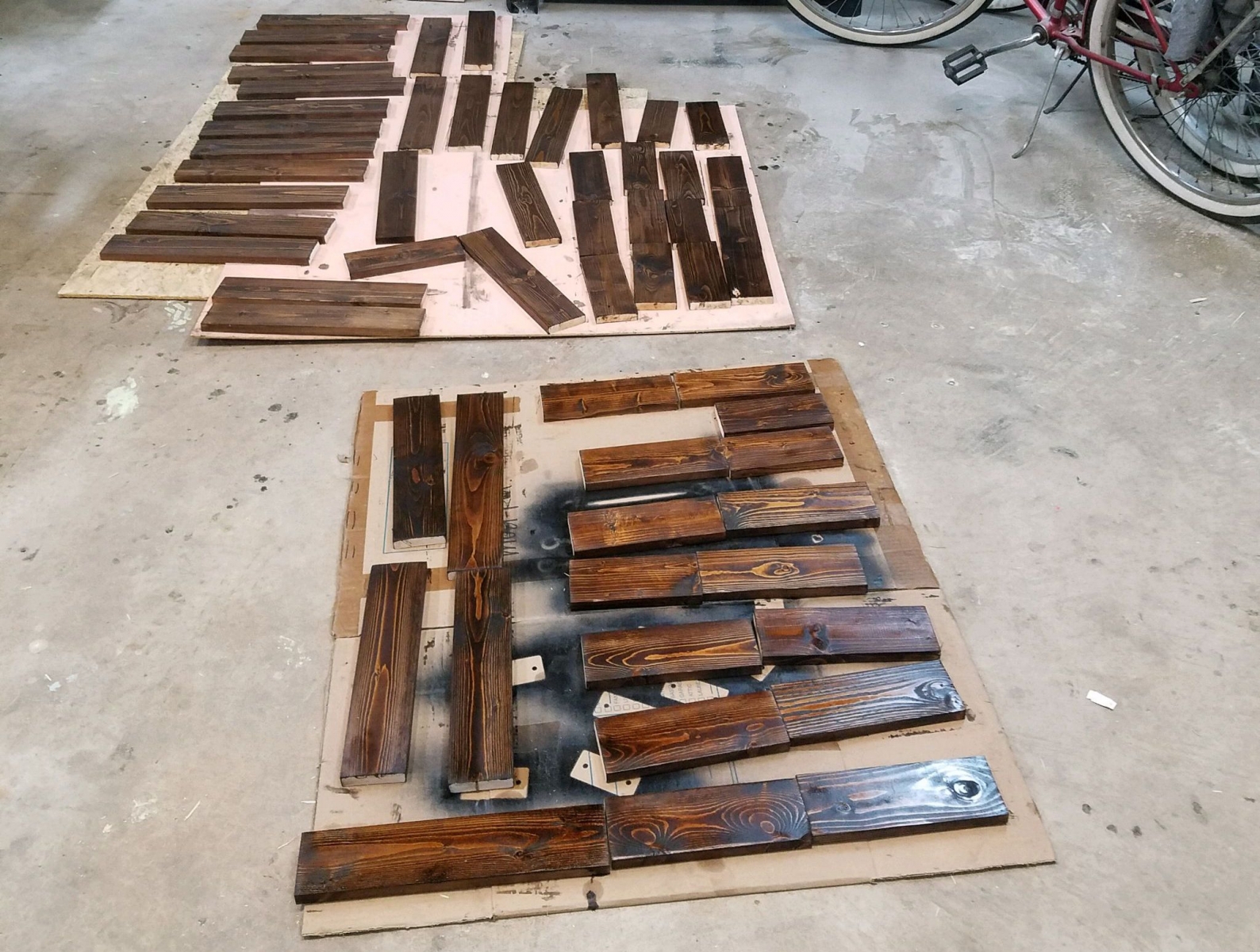 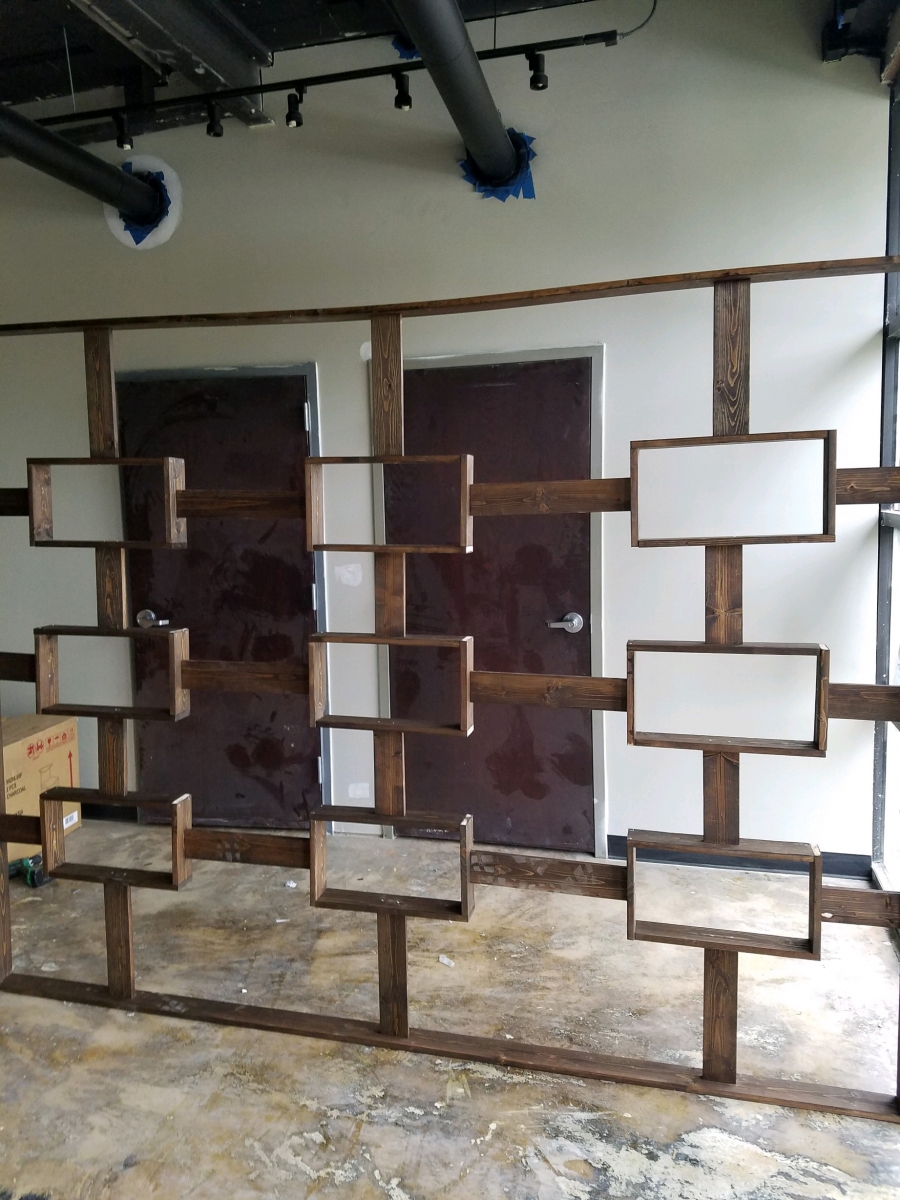 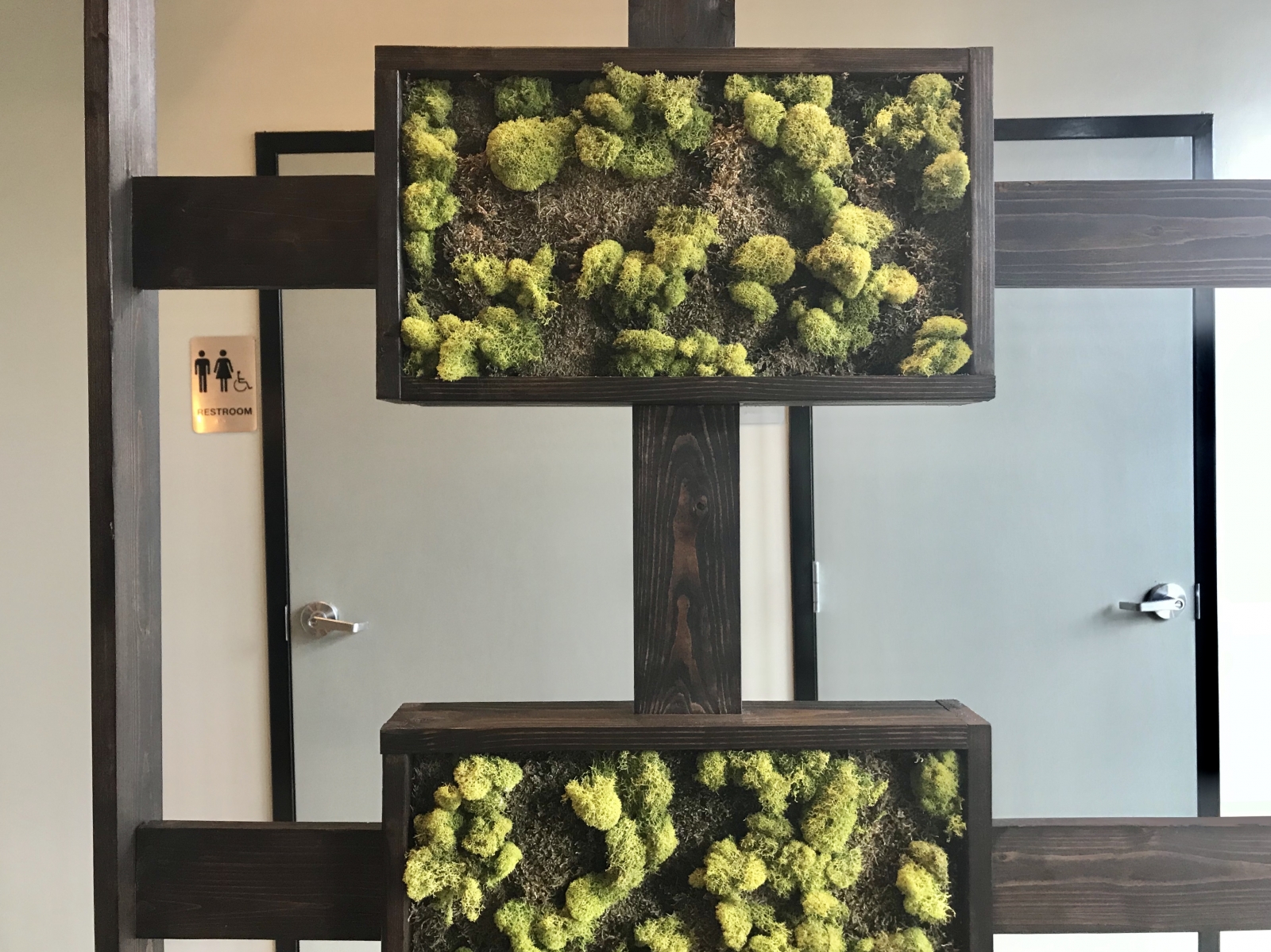 Whiteside took pictures of the frame once it was laid out before staining the pieces so he would remember how to assemble them.

How to Make Bardo's Industrial Shelves

Though mostly everything was DIY in the restaurant—the concrete floors, the bar paneling, the barn door leading to the office, and the walls—another impressive project homeowners can easily do at home is the shelving you'll see behind the bar.

The industrial look is highly on-trend, so, luckily, you won't have to spend a fortune to recreate it (you never know when you'll want a change). Again, Whiteside thought the shelves he wanted were too expensive, so he thought, "Let's make them."

Another trip to Lowe's for large sheets of wood and another order from Amazon for iron brackets, and the cool, industrial shelves hoisting up bottles behind the bar came to fruition. 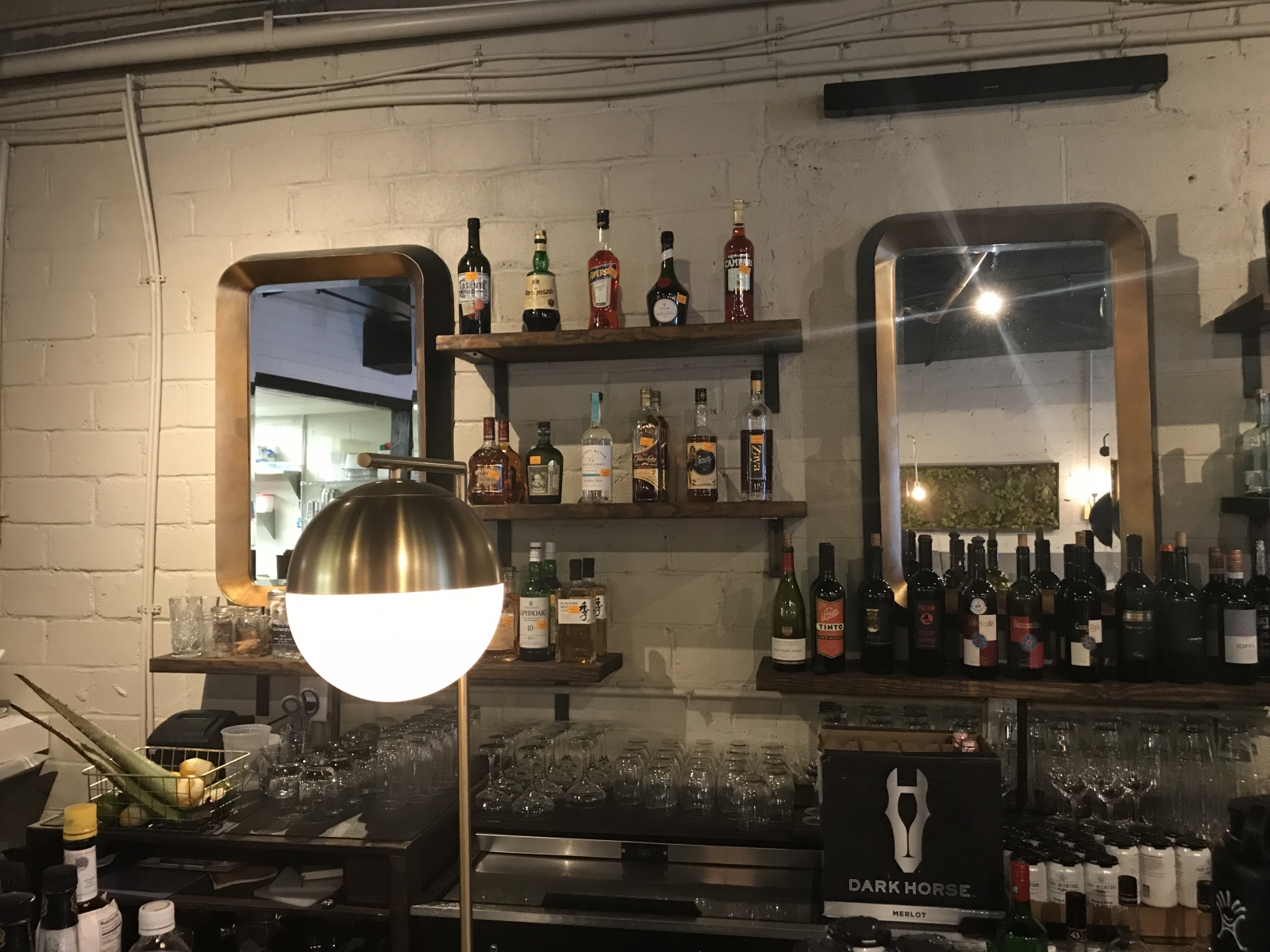 Simply stain the wood your desired shade, and attach it to the brackets. Here's a helpful article to ensure your shelves are secured well to the wall.

Bardo is a phenomenal example of making the most of your resources. Top-notch design doesn't need a top-tier price.

"One of the biggest things for us is we found a way to make it work," Whiteside concludes. "We had a budget, but we also had a vision, and we found a way for those two to meet."

The office door, by the way, was found in the Lowe's scratch-and-dent section. The Bardo team simply painted it black.

This article appears in the August 2018 issue of Charlotte at Home.
Categories: Food + Drink, Restaurants