Warning: Some of these images are graphic

Protesters and a pro-police group clashed in Marshall Park on Saturday afternoon when about 50 members of the activist group Charlotte Uprising confronted a Blue Lives Matter rally organized by Blexit North Carolina, the state branch of an organization that encourages Black people to break away from the Democratic Party. The Uprising group, which has recently provided food, water, and services to detainees in the Mecklenburg County Detention Center, approached roughly 120 attendees of the Blue Lives Matter rally; the two sides exchanged hostile words and gestures, and Antoine Thomas, one of the organizers, placed his hand on the throat of a woman with the Uprising group. Charlotte-Mecklenburg police forced Uprising back with pepper spray, and the rally resumed. Police made no arrests. Photographer Logan Cyrus captured these photos for Charlotte magazine. 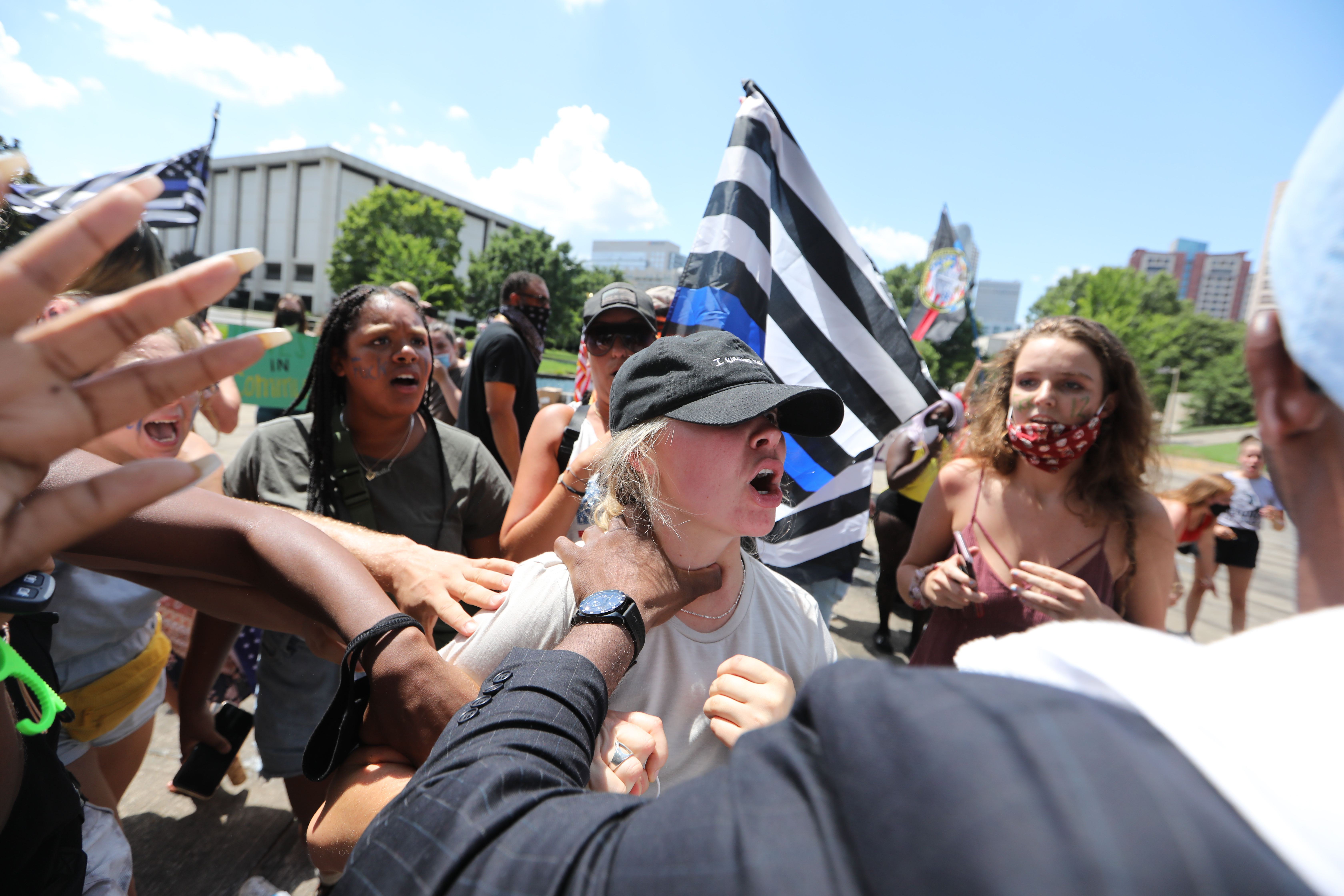 Antoine Thomas, BLEXIT North Carolina’s new director and a former Wake County sheriff’s deputy, placed his hand around the neck of a protester with the Charlotte Uprising group. 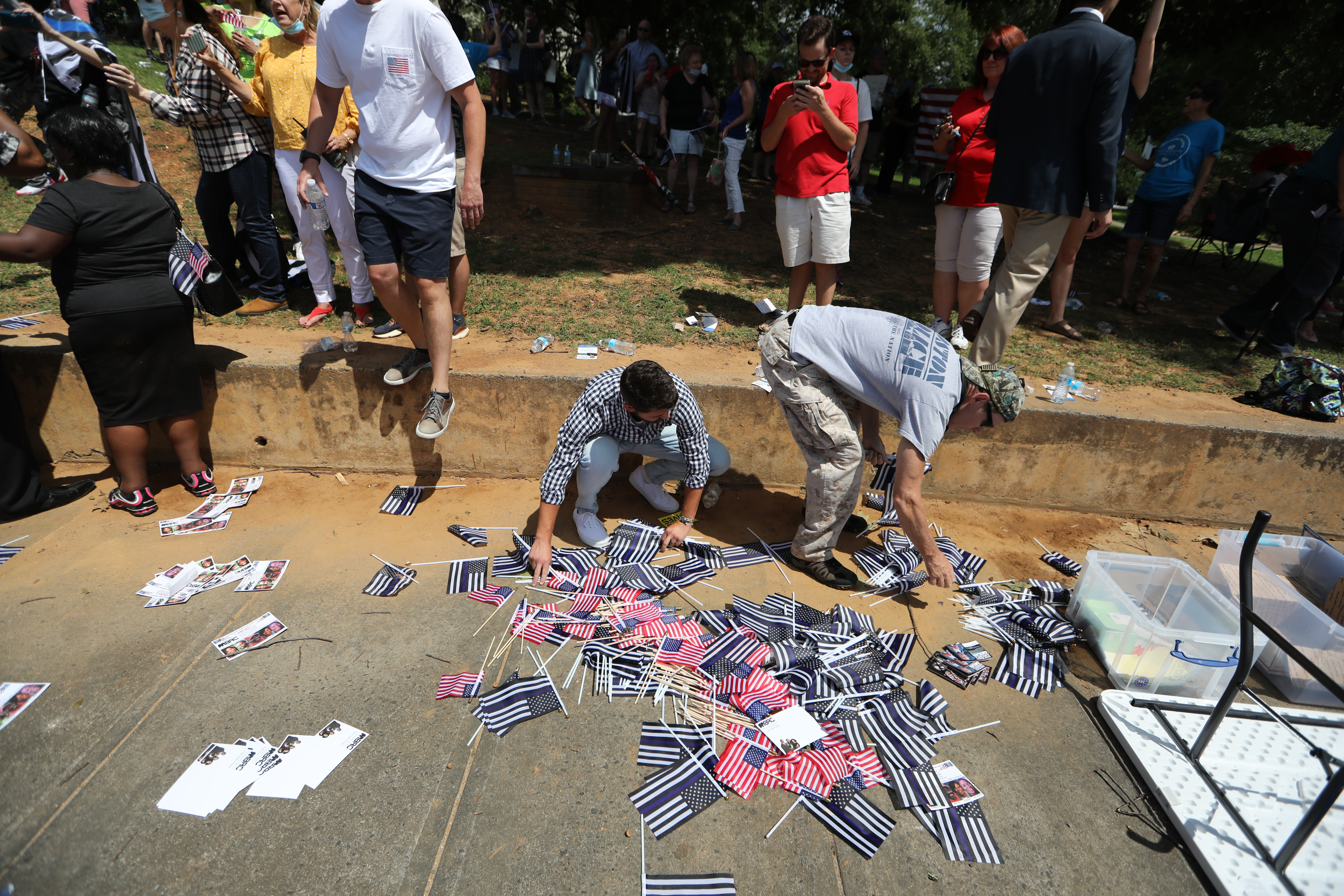 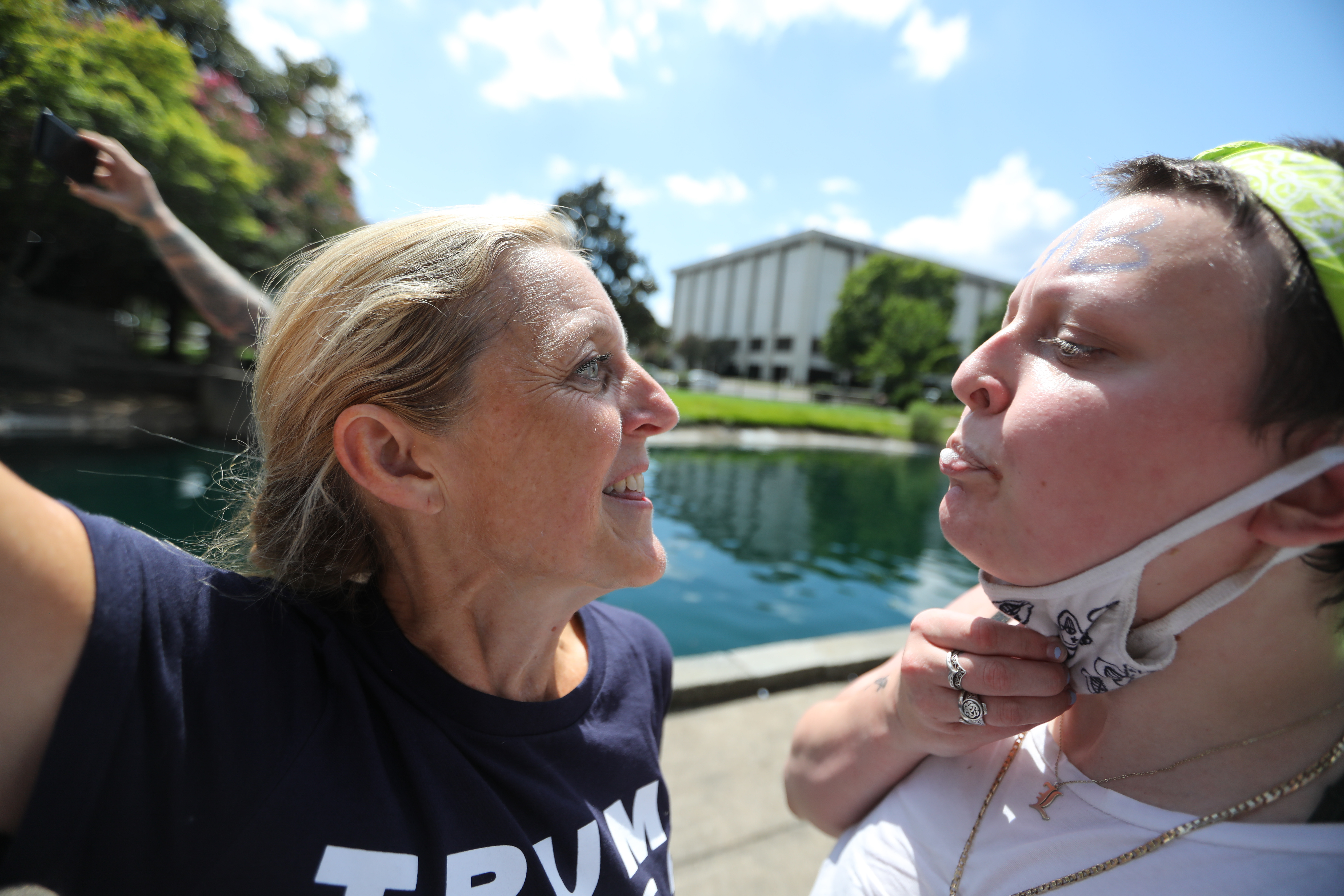 A Charlotte Uprising demonstrator spits in the face of a Blue Lives Matter rally attendee. 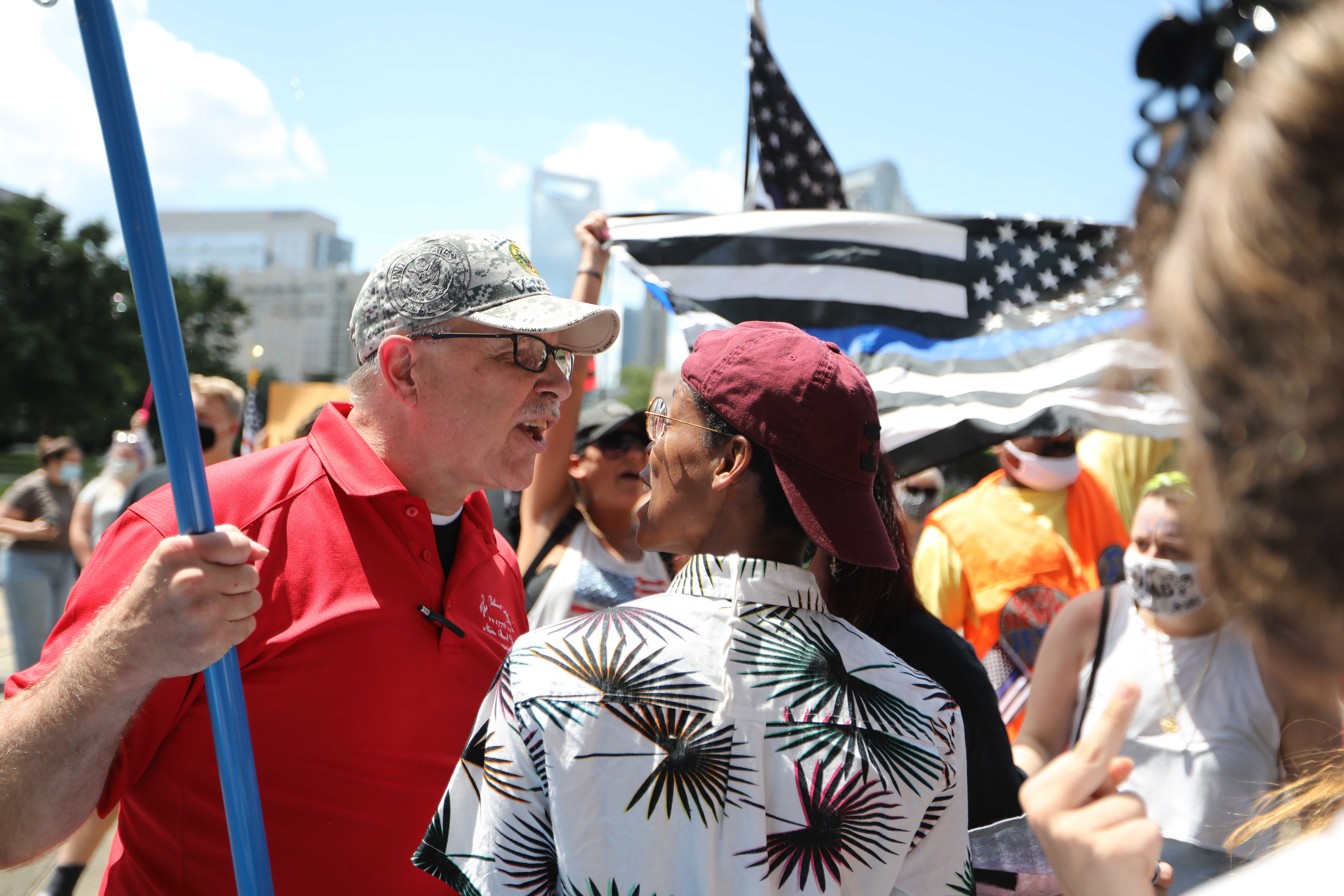 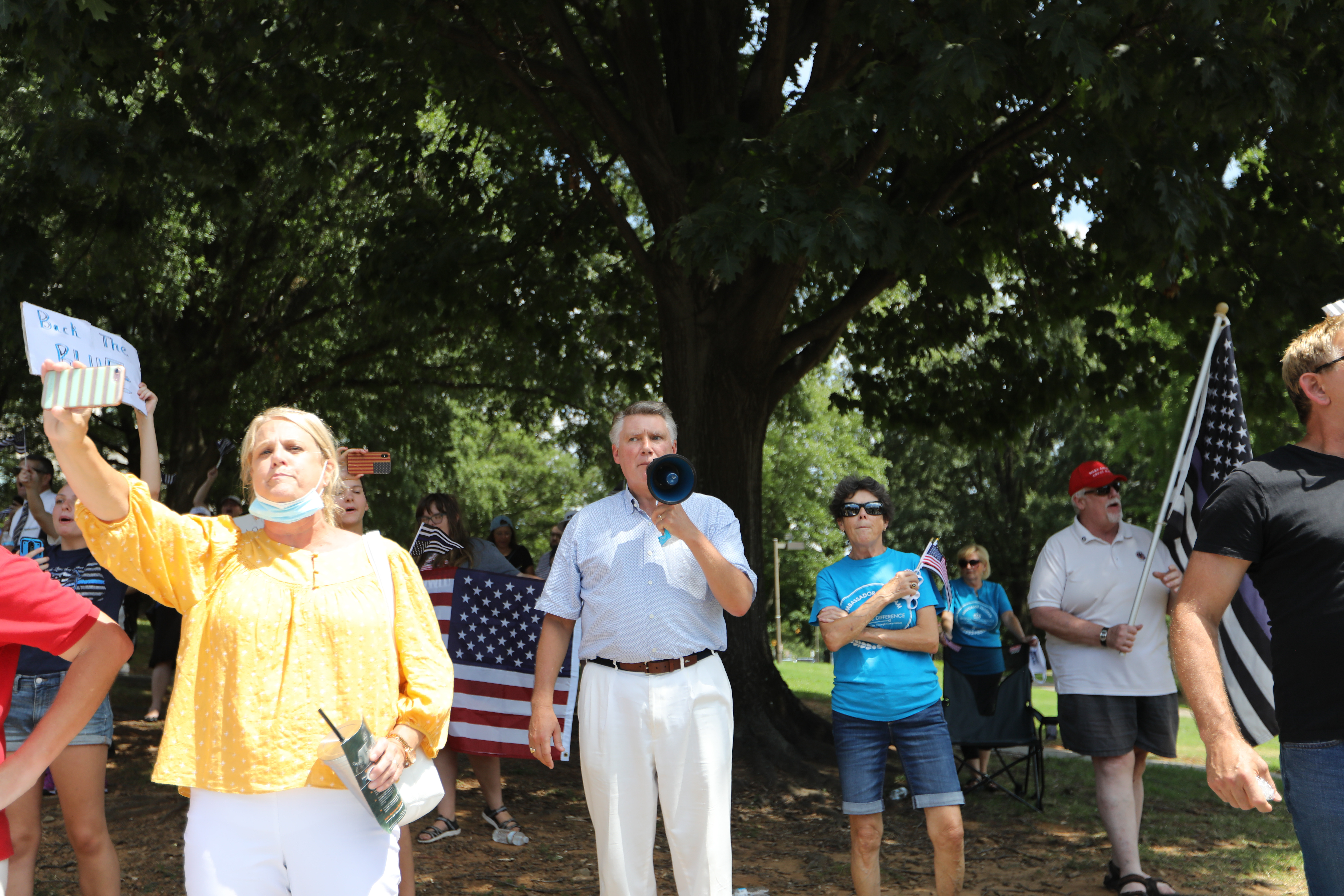 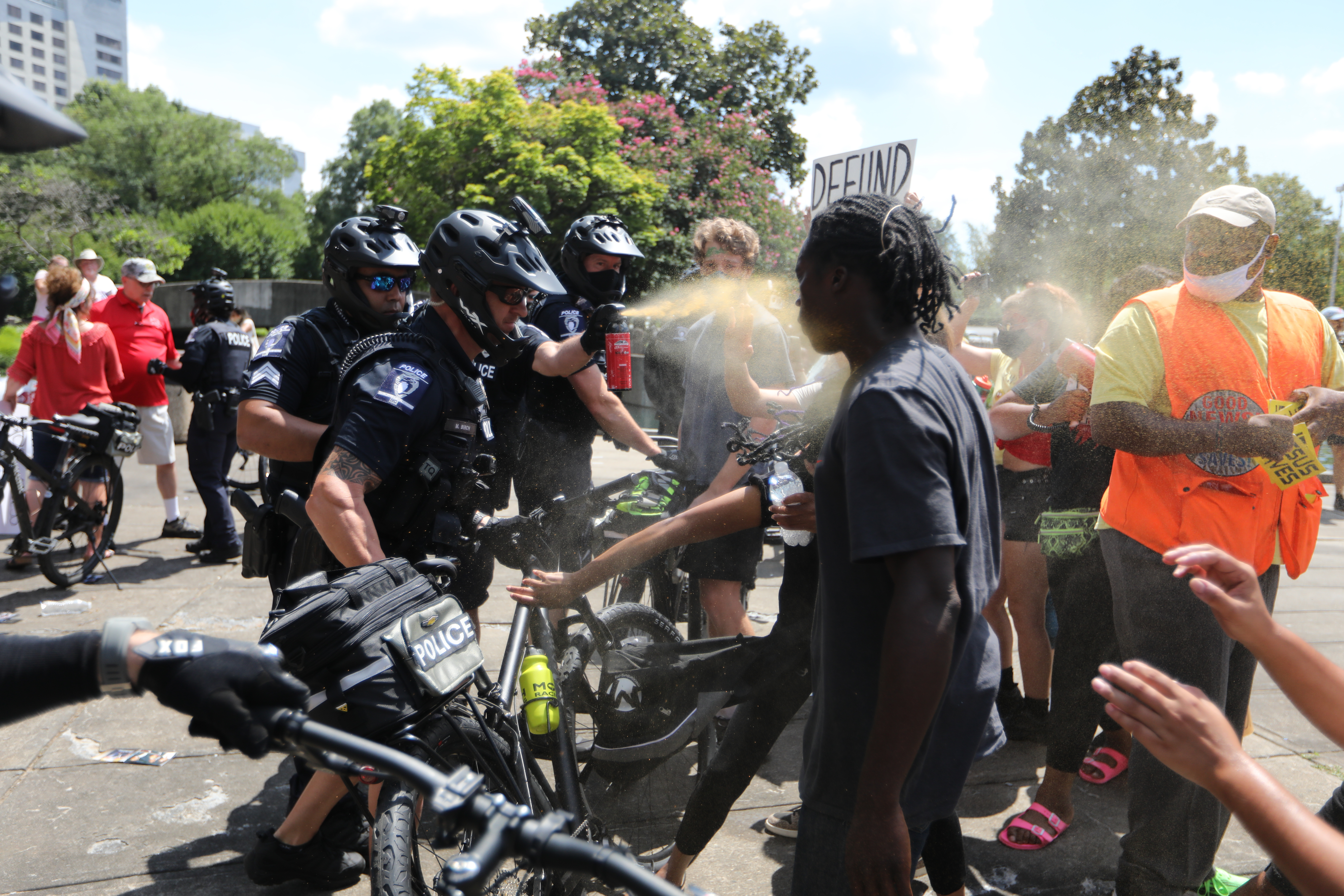 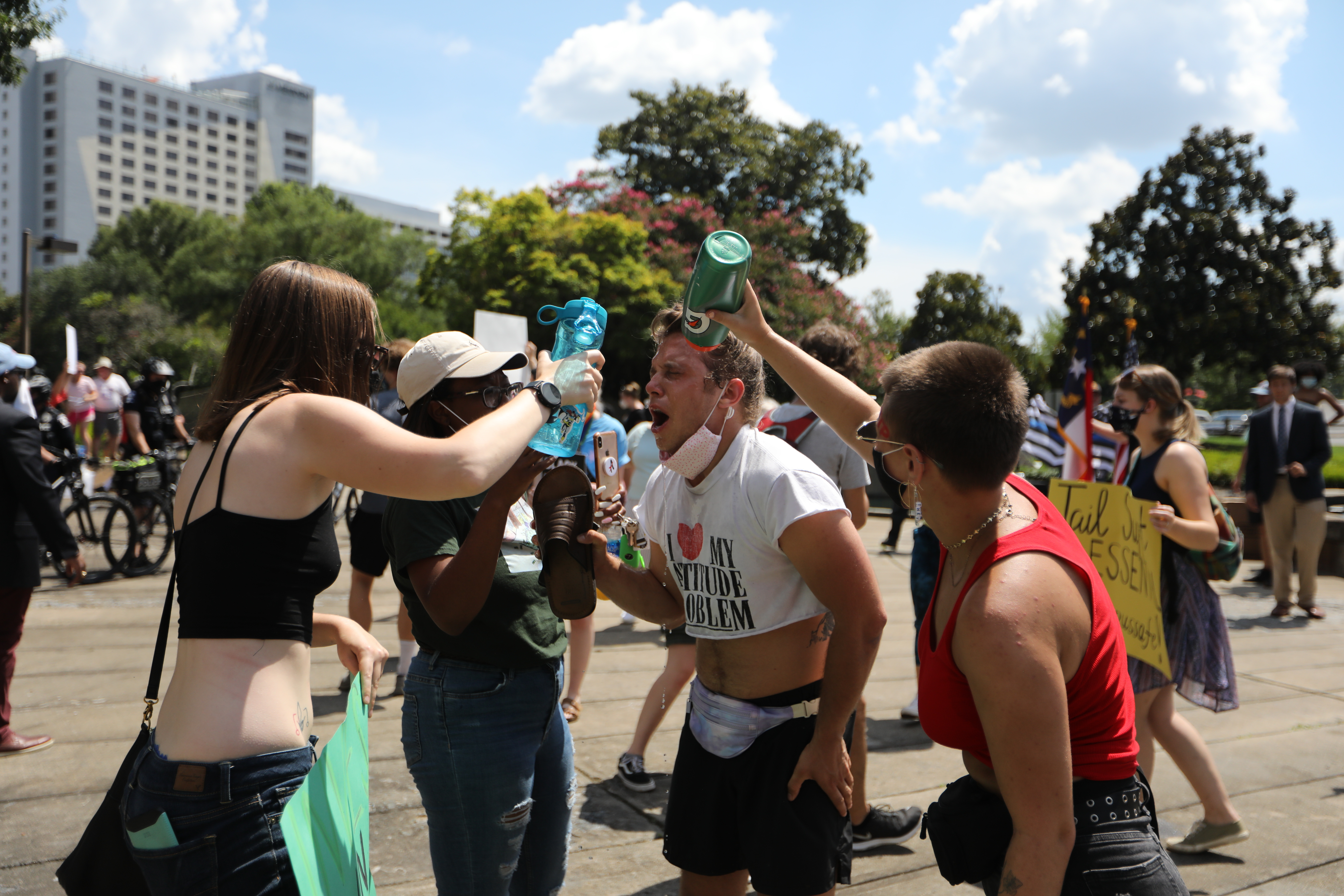