In Elizabeth, five households had all the ingredients to turn a long-beloved plot of land into a beautiful gathering space

In the shadow of the water tower in Elizabeth lies a small, rectangular plot of land adjacent to several backyards. Technically, it’s located in just one homeowner’s backyard. But after a towering pecan tree fell in 1990, leaving behind a bare piece of land, its central location made it a favorite gathering place for the block’s neighbors. First, it became a playground—an ideal setting because of its accessibility to each of the block’s five households (with six children among them), and because the adjacent backyards created a buffer between the space and the street. With the homeowner’s permission, neighbors put up a swing set and play area, affectionately dubbing the space the “Kiddie Coop.”

Over the years, as the swath of land changed hands, the space went through phases. Some owners enjoyed having the kids play on their property, while others were less enthusiastic. The children grew, spending less and less time on the playground, eventually heading off to college. Although the space was no longer a gathering place, neighbors Raymond Grubb and Tom Thoune (who currently own the property), Mary and Tom Franklin, June and Ken Lambla, Laure Reed-Lemmond, and Victoria and Robert Zabel all walked through it on their way to each other’s homes.

One day, someone—no one is sure exactly who—suggested putting an outdoor pizza oven in the old playground space. It made sense; the group had all of the ingredients to make the project successful. Grubb, a photographer and baker who always brought his baked goods to neighborhood gatherings, could bake outdoors. Thoune, an artist, could supervise the creation of a custom mosaic to surround the oven. Ken Lambla, an architect, could help design a functional space. All of the neighbors enjoy cooking. And since they’d already worked together to build a playground, the group was comfortable pooling its resources (both time and money) to turn the space into something that would once again become a gathering place.

But the idea was mostly talk—and a lot of daydreaming—until neighbor and freelance marketing and branding expert Victoria Zabel began to do some work for Belforno Wood-Fired Pizza Ovens. Zabel’s new connection to Belforno, a Charlotte-based company that designs and manufactures wood-burning pizza ovens in the Italian tradition, spurred the group into action. Now they knew where to get their oven.

Within weeks, the neighbors had a plan. They divided costs and labor equally, with each person offering his or her specific expertise. The only rule? When the oven is fired up, all of the neighbors are invited. No exceptions.

And so the project began. Ken Lambla built a table out of wood salvaged from trees that fell after Hurricane Hugo barreled through the city in 1989; the old Kiddie Coop’s swing set’s metal poles serve as the table’s legs. (He also made a pizza peel with an extra-long handle to slide the dough in and out of the oven.) Reaching Quiet, which has a showroom nearby in Plaza Midwood, guided the construction of a poured concrete countertop for the prep- and-storage area. The group fired up the oven for the first time Labor Day weekend 2011 and gathered to christen it and work on the mosaic that Thoune designed.

Named Chateau D’ough, a double entendre that references the nearby water tower (the French word for “of water” is d’eau, pronounced “dough”), the new outdoor kitchen serves its purpose well, drawing the neighbors—and even the surrounding community—together. The kids who once played in the Kiddie Coop now come back to host parties and help complete the mosaic, still a work in progress. Chateau D’ough is a success.

“It’s brought us together,” Zabel says. Like all of the neighbors, she can smell the oven’s smoke as soon as she opens her front door—an unspoken signal that the oven is warming up to welcome friends and neighbors.

“We’ve seen more of all these people in the past year than the previous eight years,” says Grubb.

Lambla agrees. “To me, this is a place of communion,” he says. “This is a place where we work together. When we decided to build this, it was one of the best days of my life.” 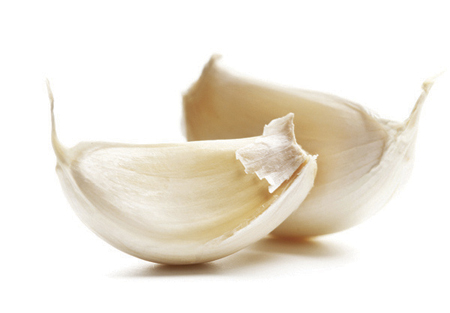 1⁄2 teaspoon salt or to taste

Bring about 1/2 cup of water and 1/4 tsp salt to boil in a medium pot over high heat. Peel the broccoli stems and cut into chunks and add to the boiling water and cover. Turn heat down to medium and steam for 2 minutes. Add the florets, cover again, and steam for 3 more minutes. Remove broccoli to a bowl of ice water to cool it and preserve its green color. When cool, drain the broccoli and place in a food processor with the rest of the ingredients except the olive oil. Process, scraping the sides down a couple of times until a slightly chunky puree is achieved. Slowly add the olive oil until thick and creamy. Serve as a dip, spread, pizza topping, or pasta sauce.

On a cutting board, sprinkle salt over the garlic cloves and mash with a fork until a paste is formed. In a medium saucepan over moderately high heat, stir together the garlic/salt paste, lemon zest, buttermilk, milk, and bay leaves. Stir occasionally while heating to 185 degrees for about 10 minutes; curds will form. Cover the pan, remove from heat, and let rest for 10 minutes. Meanwhile, line a sieve with four 16-inch-long layers of cheesecloth, overlapping each layer perpendicular to the previous one. Place over a bowl deep enough to let the whey drain away from the curds that will collect in the sieve. After the 10-minute rest, ladle the curdled mixture into the cheesecloth- lined sieve. Let the soft curds drain well for 15 to 20 minutes. Stir together the sesame seeds and smoked paprika. The cheese may be scooped out into a bowl and served warm, sprinkled with the sesame seed mix or may be allowed to continue draining, refrigerated, for several hours. The firmer cheese can then be turned out into a bowl and rolled in the sesame seed mix before serving with bread or crackers.

This article appears in the October 2012 issue of Home + Garden.
Categories: Food & Entertaining, Home & GardenFeature
Contest of the Month