Here's What Celebrities Are Saying About Charlotte During All-Star Weekend

NBA All-Star Weekend tipped off last night with a Celebrity Game at Bojangles Coliseum and the Rising Stars game at Spectrum Center. The action continues over the weekend, concluding with the 68th annual All-Star Game featuring hometown favorite Steph Curry and Hornets favorite Kemba Walker. The games highlight the best in the NBA, and they bring some of the biggest parties and most notable celebrities to Charlotte in the process.

At the Celebrity Game last night, which the Home team—led by Basketball Hame of Famer and head coach of the University of South Carolina’s women’s basketball team, Dawn Staley—dominated for most of the four quarters earning 82 points over the Away team’s 80. During the game, Charlotte magazine asked attendees—and celebrities—about their time in the Queen City so far:

Bogues played with the Hornets for the team’s first 10 years starting in 1988 and instantly became a favorite around the city. He was one of the NBA legends playing alongside athletes with special needs in the NBA Cares Special Olympics Unified Basketball Game.

“It’s a surreal feeling right now. It’s surreal being back on the court. I haven’t been on this court in over 18 years so to be here in Charlotte with the Special Olympics, it makes it that much more special … (The city has) been very hospitable ever since I came to Charlotte in 1988 and it hasn’t changed since. I’ve been grateful that they’ve supported me and my family over the years.”

Fieri travels all across the country for his show Diners, Drive-Ins and Dives on The Food Network. He’s made plenty of stops in Charlotte in the past, but this weekend, he’s here for the basketball. Charlotte asked him what his favorite restaurant in the city is: 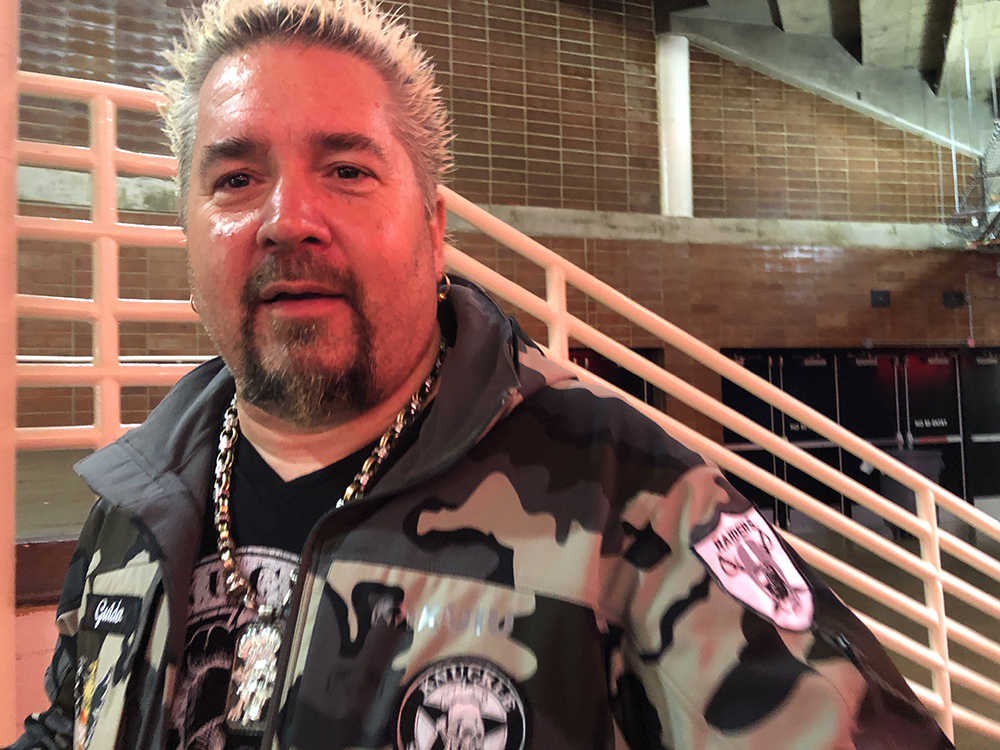 Famous Los, a comedian from Durham, took home the MVP award of the Celebrity Game last night, scoring a total of 22 points. His most notable play was a 5-point shot over rapper Quavo.

“What’s special (about being in North Carolina)? This,” he says, holding up his gold trophy. “My family’s here, and obviously I’m blessed because I’m here. I’m thankful. That’s what it is.”

“I love Charlotte. I love the energy, I love the vibe, I love the people. It’s good to be back. I have a lot of fond memories of living here.”

Comedian and actor Smoove (Curb Your Enthusiasm, Def Comedy Jam) played for the Home team in the Celebrity game.

“I’m a guy from North Carolina so this is like coming home for me. Of course, I’m from Eastern North Carolina, but it’s all good. I feel welcome and this is a really great opportunity for the All-Star game to be back in Charlotte,” he says. “It’s the first time I’ve been back (in Charlotte) in 15, 20 years. It’s refreshing to see the city grow.”

Known for his television show, and for his reoccurring appearance on The Oprah Winfrey Show, Dr. Oz hasn’t played in the All-Star Celebrity Game in 10 years he tells me. This year, he was drafted for the eventual winners, the Home team.

“I like my teammates. It feels good,” he says during half time. “The people are the best (in Charlotte), and you got everything from the racetracks to basketball courts, the Carolinas’ special, and I love the food.”

Pepping up the crowd all night was the A&T State University Marching Band, but in between their breaks, they were celebrity hunting. Junior Caleb Pope, sophomore Julian Allred, and senior AnJane’ Claytor were looking for one star in particular:

“Quavo,” Claytor says of the Migos rapper, laughing. She plays the cymbals for the school which is based in Greensboro. Her first impression of All-Star weekend has been great so far. “It’s got a great vibe here in Charlotte so it’s gonna be poppin’.”

“The biggest thing about it is just the experience and the opportunity to show the world what we do, what we work hard in,” says Pope. “It’s really exciting for everyone.” 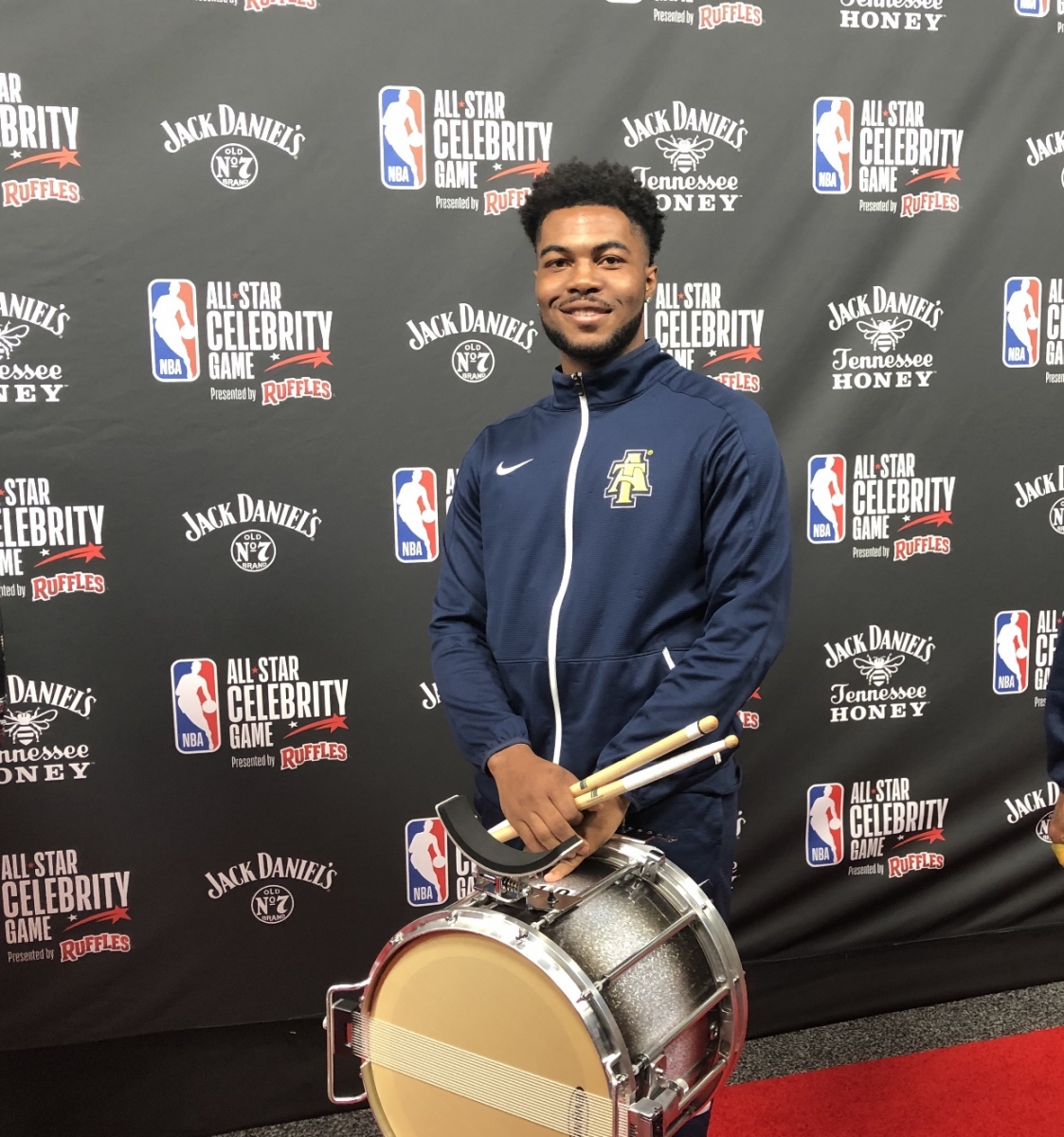 This article appears in the March 2019 issue of Charlotte magazine.
Categories: All-Star, The Buzz
Contest of the Month