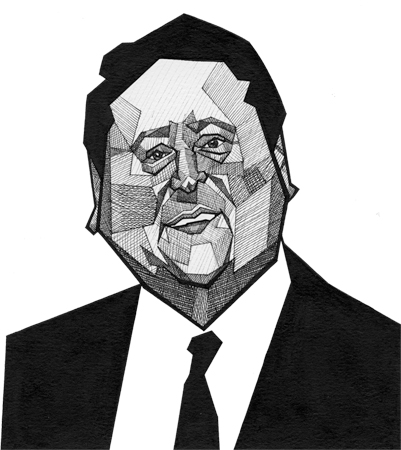 Visit the offices of most media companies today, and one sight will stand out: empty desks. The recession has been unkind to most industries, and it has been downright rude to the media business. But when Norberto Sanchez ushers a visitor into the headquarters of Norsan Multimedia, operated by Norsan Group, of which he is founder, chairman, and CEO, he apologizes for the construction. “We’re expanding,” he says.

Energetic employees are packed into cubicles on one side of the space while fast-talking DJs crowd into soundproofed studios down the hall. Sanchez squeezes into a tiny but well-appointed conference room that overlooks Independence Boulevard. Wearing a dark suit, expensive shoes, and an approachable smile, he explains why he’s established a mini Latino media empire in Charlotte, and in so doing became the most powerful Latino businessperson in the city.

“Bottom line,” he says, “it’s because we were looking for better margins.” Ah, a man who goes straight to the bottom line. He will do well in the city whose business is business. Originally from Monterrey, Mexico, Sanchez, fifty-four, came to the states to attend Georgia Tech. He went on to get another degree from Harvard Business School and start a restaurant company in Atlanta. He later added a meatpacking company. But profit margins in the food business are notoriously slim. Not so in the media business. Even if the halcyon days of big old media are behind us, “95 percent of Hispanics listen to the radio,” Sanchez says with the infectious optimism that imbues everything he says.

Which brings us to the other reason Sanchez moved into the Charlotte market five years ago: opportunity. Sanchez says the growth of the Hispanic community here has been “exponential,” and he doesn’t see that changing. Norsan owns four of the five Spanish-language radio stations in Charlotte, as well as the website DescubreCharlotte.com and a profitable newspaper, Hola Noticias. And of course, each has a website and a strong social media presence. His strategy is not just to be in markets, but to dominate them.

“We control the Hispanic media in the market,” he says. “Because of that we are the true channel to the Hispanic community.” He also understands his most important asset. “The key is to be able to be local. To be involved in the local community is extremely important. That’s a big responsibility we have. That’s one of the things being lost with the Clear Channels of the world. They don’t really care.”

By that he means planning large festivals (more than 20,000 people attended the El Grito Mexican Independence Festival this September), offering community-based programming whenever possible, and partnering with institutions like the Carolina Panthers (Norsan broadcasts the games in Spanish). Those are just some of the reasons Sanchez, who serves on the boards of Levine Museum of the New South and the Charlotte-Mecklenburg Community Foundation, was given the Patrick McCrory International Entrepreneur Award this year.

Sanchez says his company still has plenty of growth opportunity within its current niche. He calls Charlotte an “emerging market” as opposed to established markets like Los Angeles and Atlanta. He’s busy trying to convince national advertisers to ignore the usual metrics and recognize the potential of Charlotte. “Charlotte is like Atlanta ten years ago,” he says, “but is progressing at a much faster pace,” helped along by what he sees as bipartisan government and a probusiness mentality.
But he also says that at some point, he will need to diversify, and he’s already thinking about expanding into traditional markets, competing against established players.