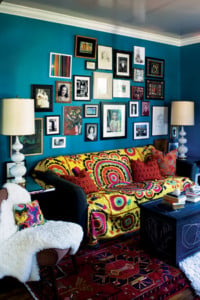 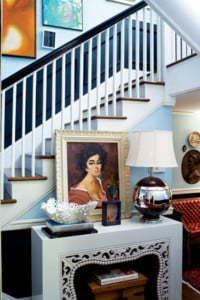 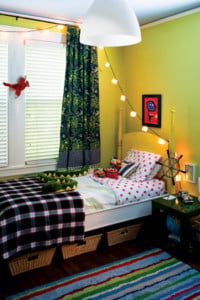 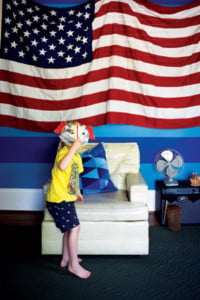 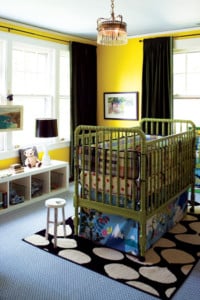 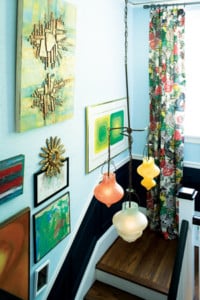 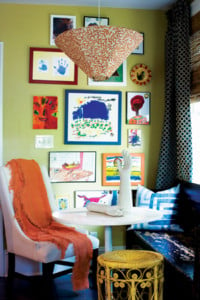 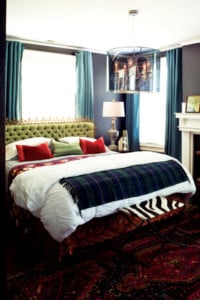 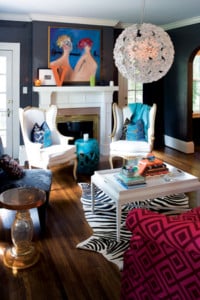 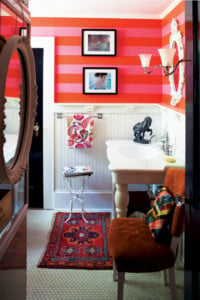 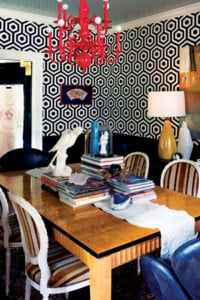 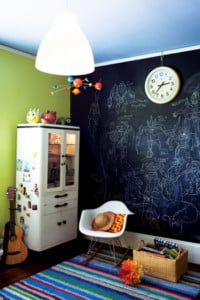 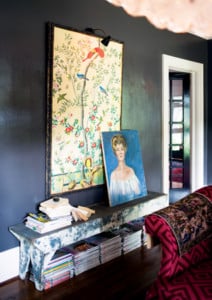 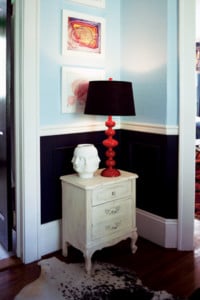 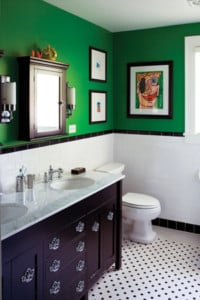 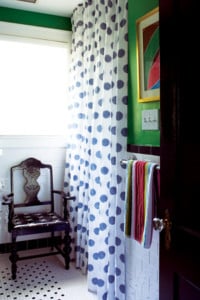 For six years, Michel Van Devender and her husband, Ladd, lived in a small bungalow in Dilworth. But as their family began to expand they found themselves outgrowing the space. It was either renovate and add on or look for a bigger home.

The couple chose the latter and began their search in Dilworth and Elizabeth—“I love historical neighborhoods,” says Michel, a designer with Lisa Sherry Interieurs—and fell in love with a five-bedroom 2,800-square-foot home in the heart of Elizabeth. But there was significant work to be done—the kitchen and up- and downstairs baths were outdated and needed to be gutted, the carpeting needed to be pulled out, and every room required a fresh coat of paint or wallpaper.

Soon after the renovations, the family moved in and Michel began applying her self-described bohemian style, which meant a mixing and matching of textures, price points, and lots of pattern. “When you mix things, it’s all about the balance,” she says. “There’s no hard and fast rule about how pattern and texture should work together.”

The resulting look is a combination of traditional meets modern, she says. “I love being surrounded by color, print, and pattern,” Michel explains. “All of that makes me happy—it’s a reflection of my life.”