Served History: The Story Behind Green’s Lunch in Uptown

Twenty-six of these barstools with green vinyl seats and chrome stands are bolted to the floor in front of a bar that wraps around three sides of the tiny restaurant. Each one is shorter than a toadstool in a fairy tale. If you’re taller than 5-foot-8, the stools probably hit below your knees.

Blame Joanna Sikiotis’ father, Philip Katopodis. Back in 1926, when the Greens, the original owners, bought an old lunch counter near the corner of West Fourth and South Mint streets, it had 13 stools, all normal height.

In 1975, Katopodis bought the restaurant and rebuilt it, eventually expanding from 400 square feet to 1,500. He added booths and a lot more stools. During the renovations, Joanna’s mother, Maria Katopodis, left one afternoon while Philip, who was barely 5 feet tall, worked on the final touches. When she came back, Philip had cut each barstool down to 18 inches tall.

Joanna, now 58, remembers that her mother was furious, and she demanded to know why.

His reason: “Because I wanted my feet to touch the floor!”

“The Greens were tall,” Joanna says, still laughing about it. “We were short.”

Tiny stools are just one of the quirks of this restaurant, which has been in the same spot for more than 95 years. Each person who has run it has added something to it. When Robert Green opened, the menu was about as short as the stools: hot dogs with mustard, ketchup, and onions; bags of chips; and bottles of Coca-Cola. 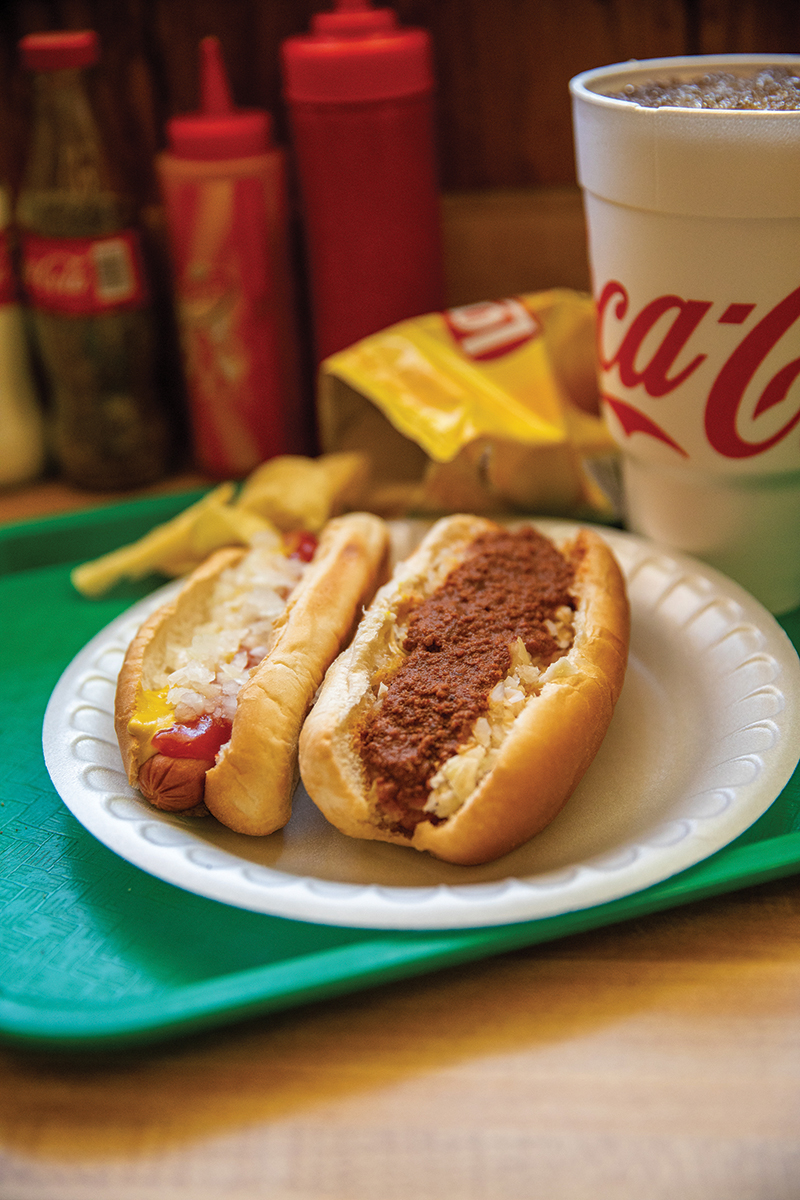 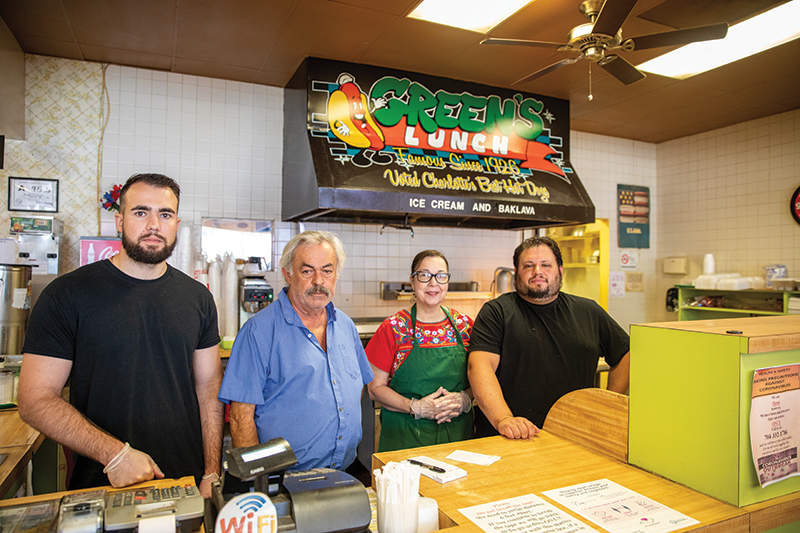 (Top) A hot dog with onions, mustard, and ketchup and a hot dog “all the way” topped with Mary Green’s secret homemade chili; (Above) Zack Cheek, Pete Sikiotis, Joane Pastrana, and Pete’s son, Nick, behind the counter. Photos by Peter Taylor.

When Robert Green died in 1945, his son, Robert Jr., was still in Japan with the military, so his daughter-in-law, Mary Green, took over and added chili to the menu. Eventually, the Greens divorced, and Mary bought out her ex-husband. She ran the lunch counter with her son, Jimmy, and became such a beloved member of the community that she appeared in local Christmas parades as “Mary Green, the Hot Dog Queen.”

When Philip Katopodis bought Green’s, he added coleslaw to the hot dogs. When Joanna and her husband, Pete, bought it from her father, they added french fries and eventually expanded the menu to include breakfast plates with omelettes, pancakes, and biscuits.

How important has Green’s been to Charlotte? In 1974, when Mary announced she wanted to retire and put the restaurant up for sale, The Charlotte Observer ran it on page one, right under the Watergate hearings.

Observer writer Jerry Simpson fell over himself in flights of hyperbole: “It’s like Richard Petty saying he’s going to quit racing, or Reggie Jackson burying his bat in the basement and leaving the game forever. … For scores of faithful followers, that’s going to be the end of the world.”

The world didn’t end, and neither did Green’s. Despite real estate ads that promised “Land, building, recipes, equipment, inventory and 45 years of fame and good will at only $67,000,” no one came forward. On Nov. 28, Mary Green called off the sale, claiming her fans had scared away buyers: “People told them that without me, this place would never be the same.” 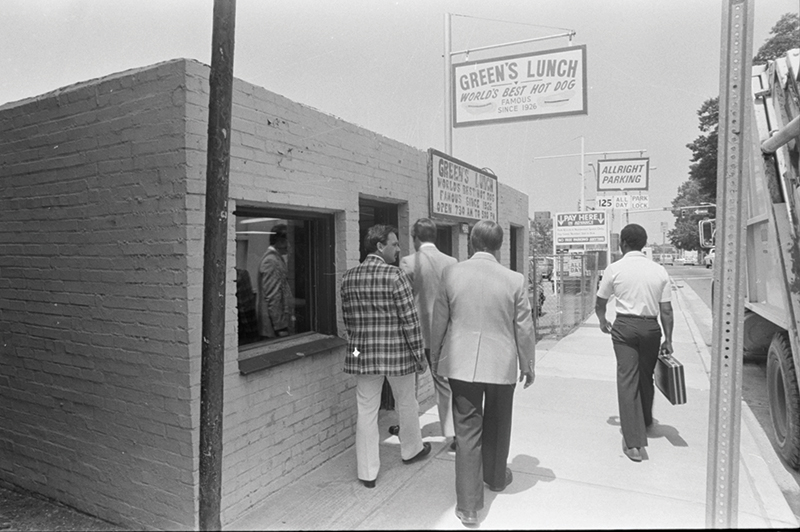 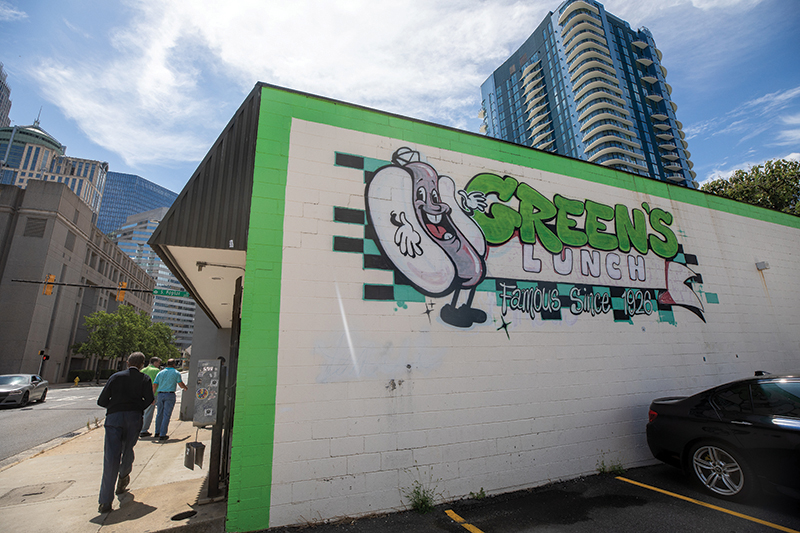 Eight months later, Philip Katopodis, the owner of the Meadowview Steak House, bought the lunch counter for $57,000. Katopodis intended to tear the building down and replace it with a more modern structure—which he eventually did in 1980. Mary Green didn’t retire, though. She continued to work at Green’s for 16 years after the sale. When she finally left, she moved to Barclay’s Cafeteria in SouthPark a year later to run the cash register.

“She couldn’t stay home,” says Joanna, who started working at Green’s when she was 12. “We were like a big family. I still consider her part of my family.” 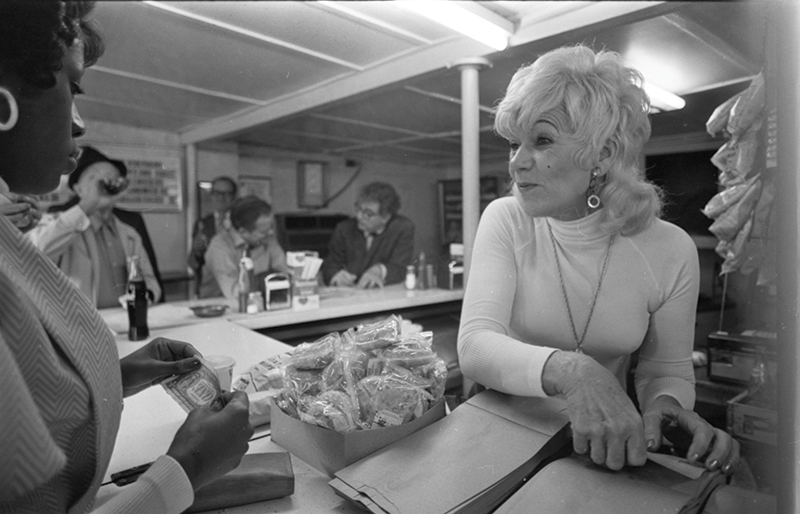 The chili recipe has never changed: Mary Green taught Philip Katopodis, who taught Joanna after a car accident landed him in the hospital and no one could make the secret homemade chili. It’s written down now, and kept in a safe deposit box, although Joanna still hasn’t shared it with Nicholas: “He’ll get it when I’m dead!”

Take a seat, Nicholas. It might be a while.

Update, Aug. 6: Phillip and Mary Katapodis, who own the Green’s Lunch land and building, placed the 3,049 square feet of land on the market Aug. 2 with an initial asking price of $2.5 million—and a stipulation that Green’s would remain open. The business owner, the Katopodises’ daughter Joanna Sikiotis, told me today that she has no plans to close. The commercial real estate registry LoopNet.com lists the sale type as “investment.” —K.P.