Sustainability by the Truckload: Inside Crown Town Compost’s Citywide Operation

Dozens of businesses, hundreds of homes recycle their food waste through the group

Join us on a brief imaginary stroll through the world of 1990s kids’ TV.

An animated school bus screeches to a halt near a throng of children. The doors fly open to reveal the driver, Ms. Frizzle. “Seat belts, everyone!”

“Pleeeeease let this be a normal field trip,” prays Arnold.

The Magic School Bus careens around corners, along coastlines and fields, and under the sea until Ms. Frizzle shouts, “Bus, do your stuff!” It shrinks and plunges into a planter outside The Giddy Goat Coffee Roasters on The Plaza in Charlotte.

“Composting is important,” Ms. Frizzle chimes in, “because up to 40% of the United States’ food supply ends up in the trash. We should reduce, reuse, and recycle!”

The Giddy Goat is, of course, a real place—as are Jeni’s, The Crunkleton, Smelly Cat, and about 80 other Charlotte businesses that a local company called Crown Town Compost visits every week. The 7-year-old food waste diversion company transports the scraps from these commercial clients, and about 900 homes, to be composted; part goes to an anaerobic digestor in Charlotte, while the other portion goes to Free Spirit Farm in Huntersville. 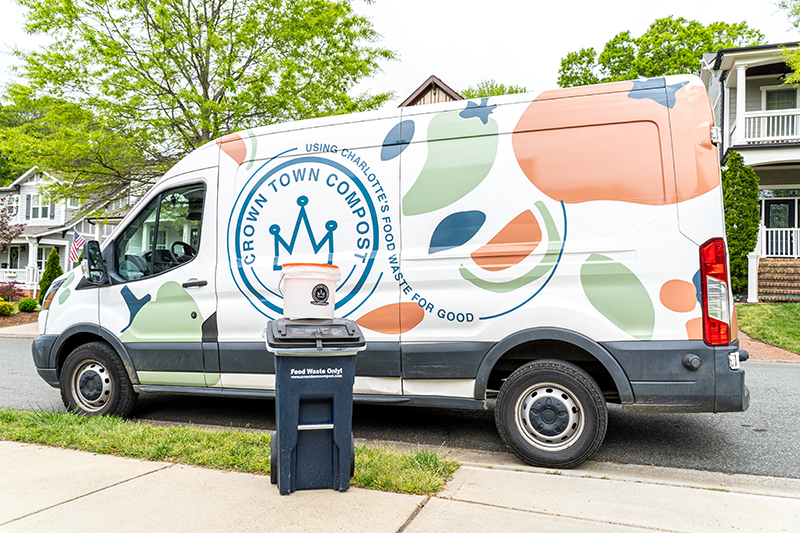 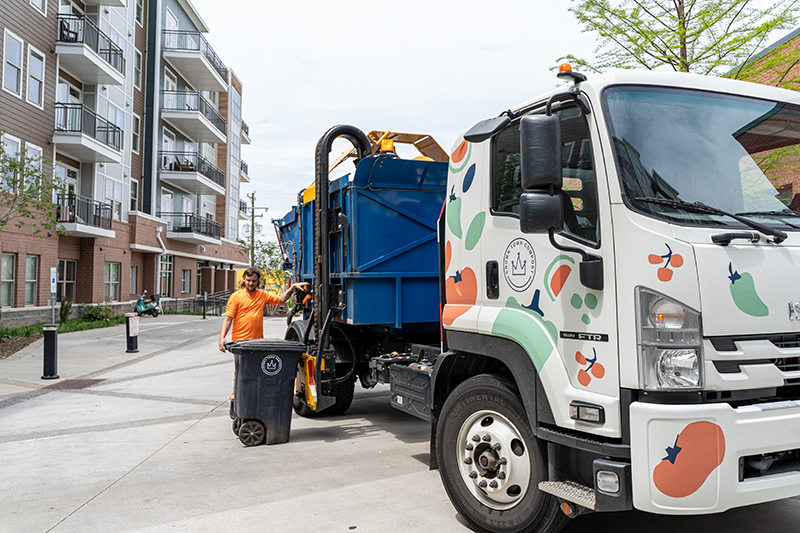 Twice a year, clients have the option to get back soil produced from the composted scraps. While most want to claim their soil, many don’t know what to do with it, says Eric Theys, one of Crown Town’s owners. It’s why, in 2021, Theys and co-owners Kris Steele, Charlie Hyland, and David Valder launched Crown Town Landscapes to help their customers put the soil to good use. The landscaping company works with clients to sow everything from flower beds and planters to produce gardens.

At The Giddy Goat, Crown Town used the soil for a patio expansion project. At Smelly Cat Coffee, they use the soil to maintain a small garden of fruit trees, perennial veggies, and flowers. Crown Town donates unclaimed soil to community gardens; this year, it donated 6 yards of dirt to a garden in the Villa Heights neighborhood.

Crown Town has aimed to help make Charlotte more sustainable since its founders, Steele and Valder, dreamed up the idea over beers on Steele’s Plaza Midwood patio in 2015. The pair started small, riding around on bikes to pick up food waste from friends and neighbors in Plaza Midwood and Wilmore. Then they started advertising at farmers markets.

That’s where Jamie Brown and Jeff Tonidandel, owners of Supperland, Haberdish, Ever Andalo (formerly Crêpe Cellar), Growlers Pourhouse, and Reigning Doughnuts, discovered Crown Town—at the Atherton Farmers Market, back when it was still at the Trolley Barn. The Tonidandel-Brown Restaurant Group, which at the time consisted of just Crêpe Cellar and Growlers Pourhouse, became Crown Town’s first commercial client. Today, all of their restaurants compost through the company. 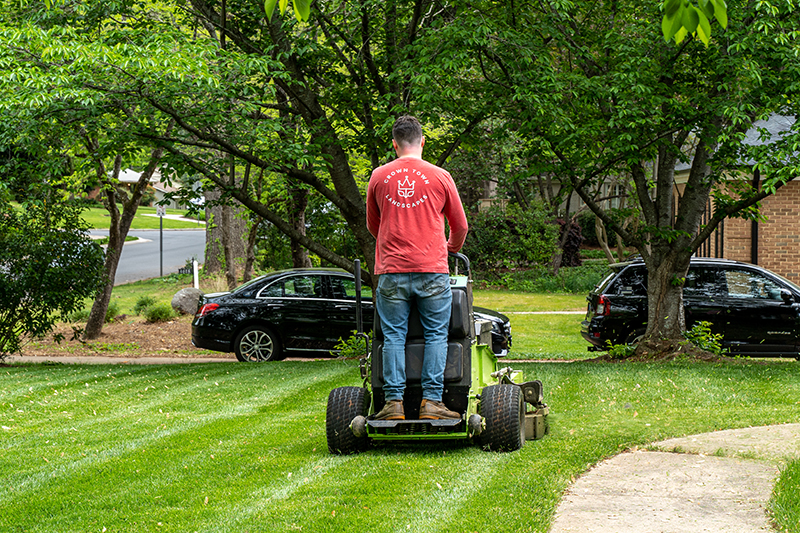 Crown Town co-founder Kris Steele is developing a public school curriculum to teach students how to compost and garden.

“In restaurants, there are always scraps. Take, for instance, veggies,” Brown says. “When you cut and trim them, you have carrot tops, trimmings from mushrooms, ribs from kale. We set that stuff aside and usually create a vegetable stock from it. We try not to waste anything. … But once you create the stock and strain it, all those vegetables can then be used in compost.”

Composting takes being a sustainable restaurant to a new level, Brown adds, and it feels good to “take that waste and put it to use again and again.”

The class cheers, and even Arnold is happy he came on today’s field trip.