Six months after Scott and Linda Murphy bought one of Charlotte’s most celebrated restaurants, the pandemic forced them to close. But they weren’t about to let it drop. A year and a half later, they’ve moved to Belmont and plan to expand

Scott and Linda Murphy had never run a restaurant until, two years ago, they bought their first. He’d owned and operated a dental practice in Morganton for more than 30 years, and she worked there as a dental hygienist. They raised three children, whose friends nicknamed the couple “Papa Murph” and “Mama Murph.” Theirs was the house where everyone dropped in for a warm meal. “We always had all the college kids at our table during the holidays,” Linda says. 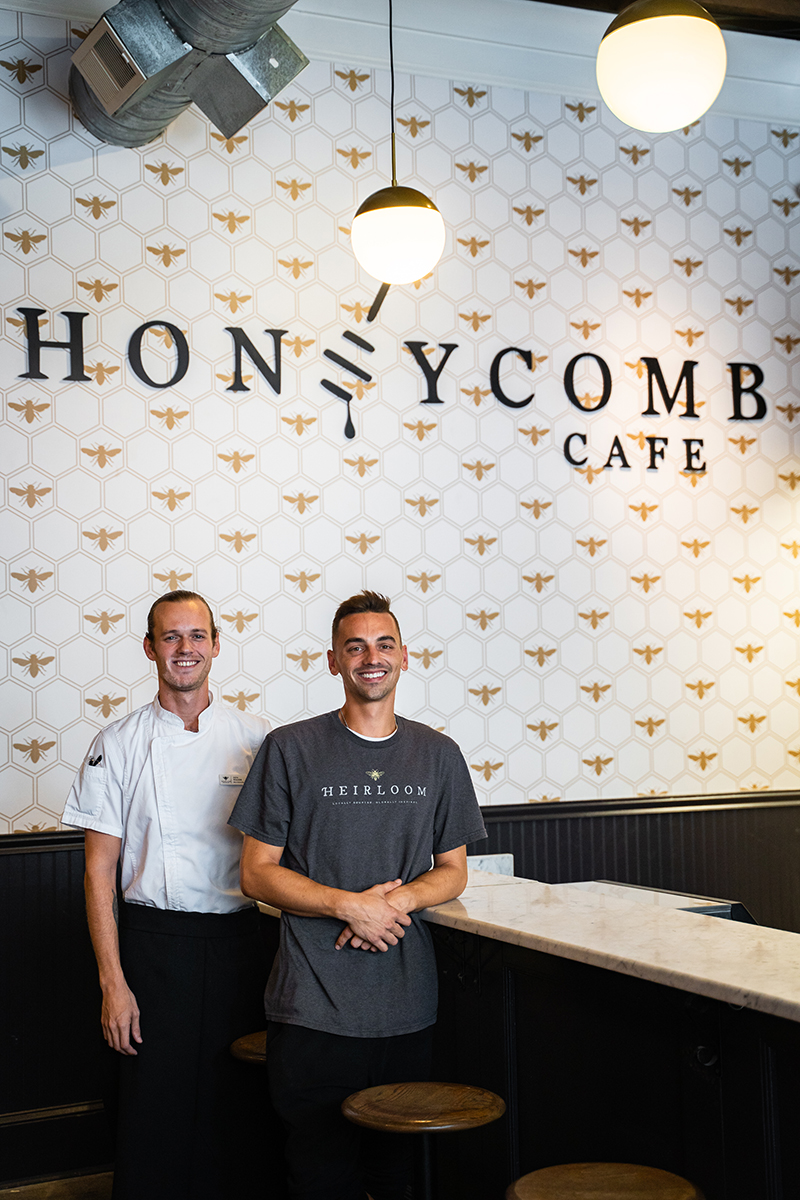 The Murphys had talked about opening a restaurant for about five years. In late 2019, they got their chance: Heirloom, the acclaimed farm-to-fork restaurant on Mountain Island Lake, was for sale. The timing felt right. Their 29-year-old son, Patrick, a graduate of Johnson & Wales University, would work in the kitchen. His best friend and J&W classmate, Seth Wilson, would be general manager and executive chef. Daughter Megan, a hospital coordinator and part-time interior designer, revamped the dining room. Their youngest son, Ryan, who earned a master’s degree in horticulture from Clemson University, would carry on the restaurant’s agricultural legacy with locally sourced ingredients.

The Murphys took over in December, but we all know what happened next. Heirloom first closed on March 14, 2020. Five days later, they made the change dozens of restaurant owners were forced into: Heirloom began to sell meals to go, $10 orders in place of their typical $40 dine-in offerings. Their profits dropped 90%, and in May 2020, they closed permanently. They’d imagined that they eventually would anyway; when they bought it, their idea was to move the restaurant from its somewhat isolated Mountain Island Lake location to a more accessible, walkable neighborhood. They just didn’t realize it would happen so fast. “We couldn’t just close it and leave,” Linda says.

They looked in Birkdale and Ballantyne but loved the small-town charm of downtown Belmont’s historic district. In early 2021, they signed the lease on a space in North Main Station on Glenway Street. They also snatched up a former drugstore on Main Street that they’ve transformed into a brunch-focused eatery called Honeycomb Café. Around the corner, next to a yoga studio beside Heirloom’s new dining room, they’re opening what Patrick describes as an “old-school, New Jersey-style” bakery that will serve homemade bread, pastries, coffee, and smoothies.

Wilson, 29, who built his résumé in fine dining restaurants in Charleston and New York, will take the lead at Heirloom. He’ll continue to serve the six-course tasting menu, plus a rotation of seasonal entrées like Pickle Fried Chicken and Beer Can Rabbit Ravioli. Guests can still order Mama Murph’s famous cinnamon bread, her great-grandmother’s recipe that became a staple at Heirloom. They’ve also tapped Olivia Bowers, former restaurant manager at the Grand Bohemian Asheville, to manage Heirloom. Chad Whittington will lead the beverage program, which will feature a full beer and wine menu, plus signature cocktails—like a honey-infused cocktail, the proceeds from which will go to the Save the Bees Fund 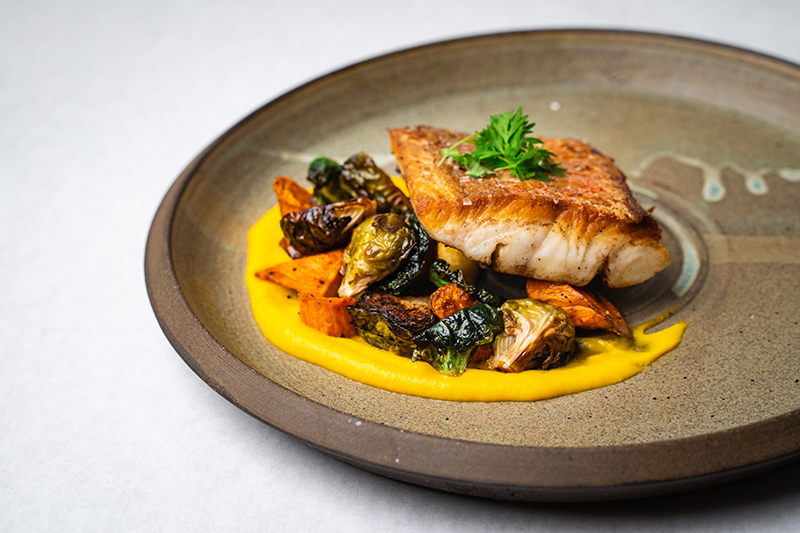 Heirloom’s interior is a departure from the previous space, which felt like your grandmother’s dining room. The new space has a cleaner, more industrial aesthetic, with espresso-stained concrete, stamped tin ceiling tiles, and seating for 70. Local artist Christian Hunter, owner of Salt Plus Light Pottery, made the plates and coffee mugs, all different shades of yellow and meant to look like honey. They’ve brought over the sconces from the old Heirloom and decorated the walls with a mix of antique mirrors and old and new artwork. “You don’t just wipe the slate clean,” Wilson says. “We took what we were given and kept what we thought would work.”

Patrick, who calls Honeycomb his “favorite child,” will spend most of his time at the all-day café slinging French toast, Bumblebee Bennys, and Japanese Soufflé Pancakes. They’ll also serve breakfast cocktails and Pure Intentions Coffee. The Murphys kept the drugstore’s original counter, barstools, and exposed brick walls and added honeycomb-patterned wallpaper with gold bumblebees to an accent wall. The menus all have a honeybee logo as well. “Honeycomb goes with the brand of Heirloom,” Patrick says. “The bumblebee goes back to our roots; it’s the self-sustaining part of our world.”

Toward the end of Main Street, near the railroad tracks, is Ryan’s domain in the Belmont Community Garden. His raised beds supply some of Heirloom’s fruits, vegetables, and herbs—they source from local farmers, too—and he’s working with the town’s beekeeper to expand the pollinator garden. “Eighty percent of the food we consume is because of (bees),” he says. “We want to educate our guests about what they’re eating. We’re also selling a story.” 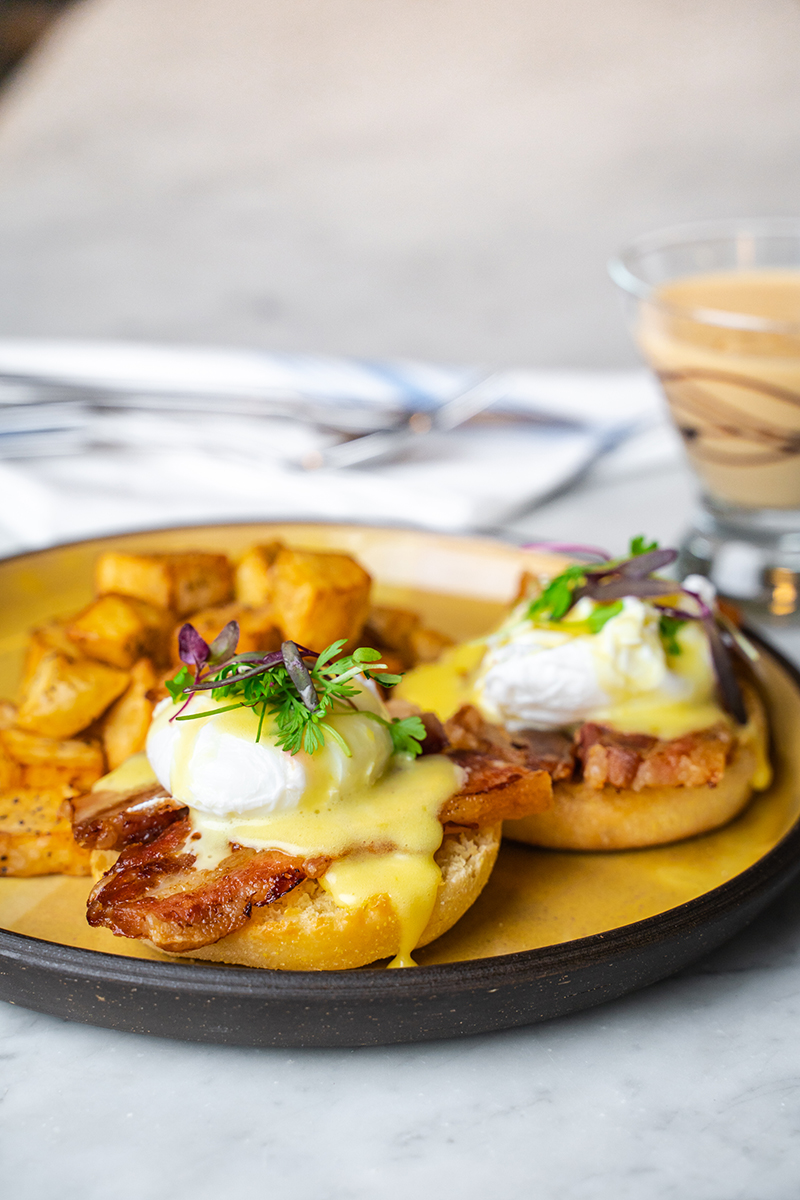 At press time, Heirloom hosts its grand opening today, Honeycomb Café is on track for November, and Bumblebee Bakery plans to open by January. The Murphys say there’s potential to expand even more; they’d love to give Belmont its own farmer’s market and continue to build out the community garden. “We know what a risky move this is, but this has been our dream,” Patrick adds. “If we can open three things in this climate, we can do anything.” 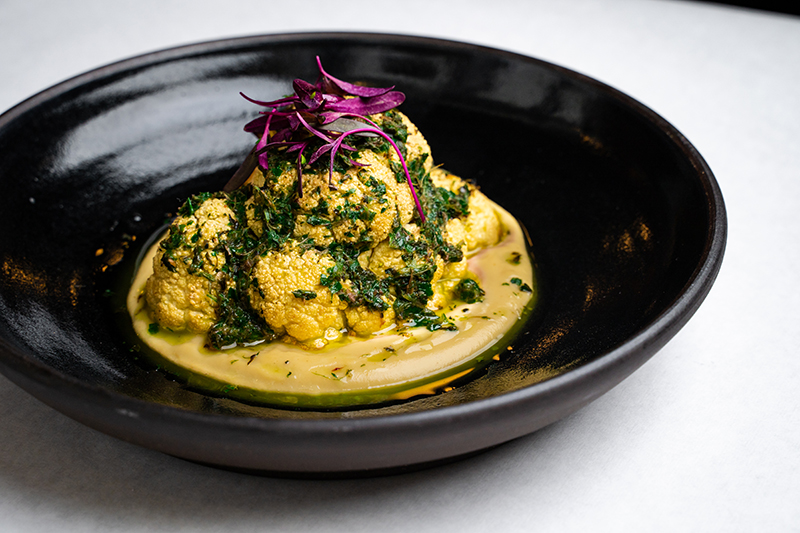