And pair the activity with a trip to Mount Airy 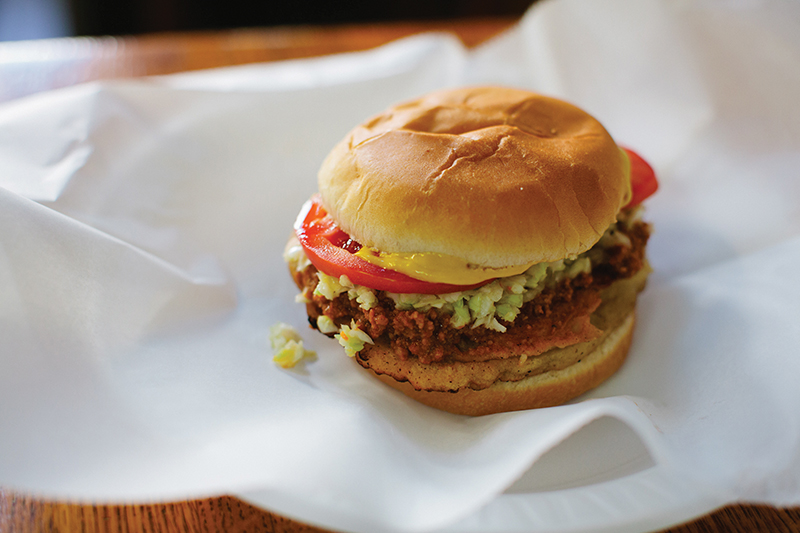 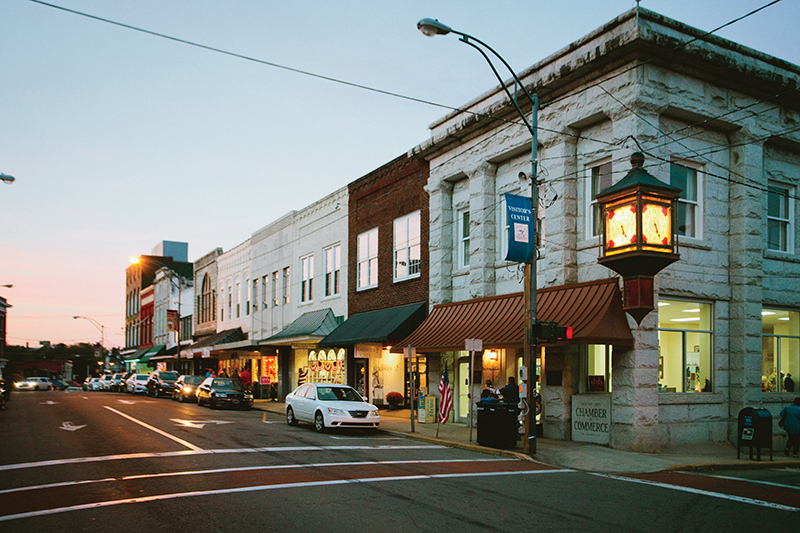 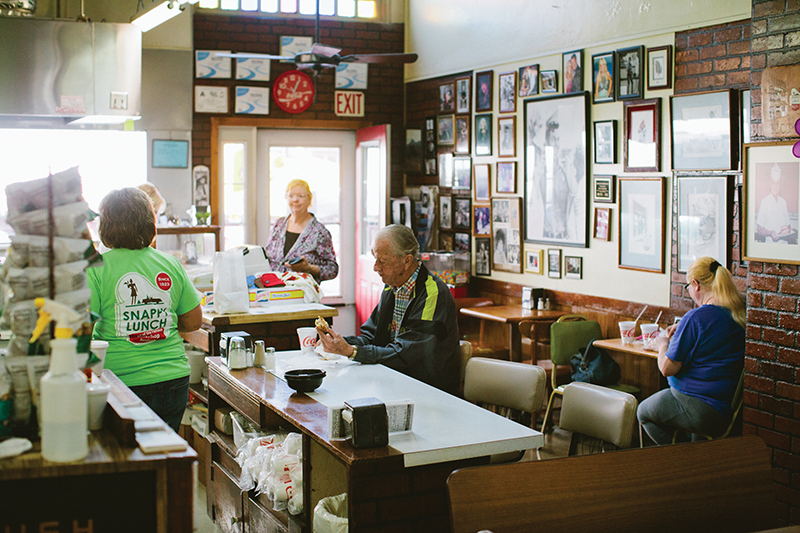 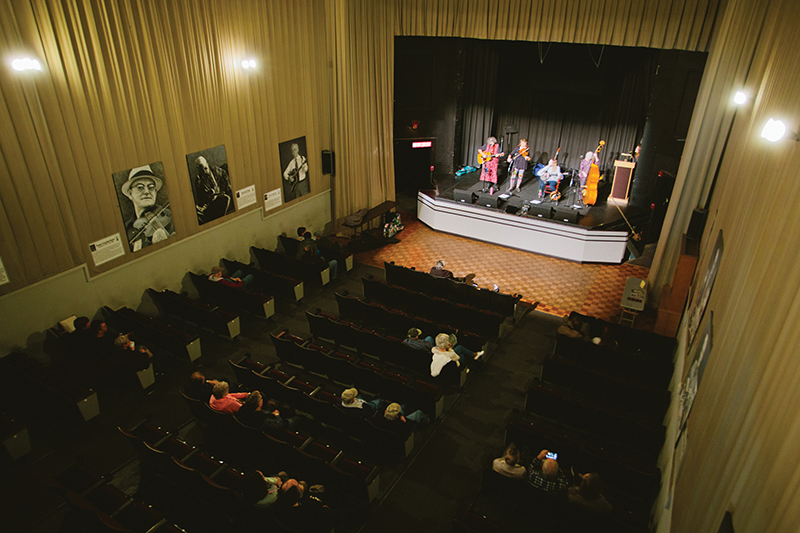 YOU'RE DRIVING NORTH on Highway 52, 20 miles north of Winston-Salem, and just before mile marker 125, a geologic oddity appears in the not-so-far distance. This monolithic, roadside attraction, rising 1,400 feet above the surrounding terrain, is not, as many locals claim, an extinct volcano.

“At one time, this part of the Piedmont was a high-elevation plain,” Pilot Mountain State Park Superintendent Matt Windsor explains. “With continental collisions, it was picked up and tilted to the southwest, and everything else around it has eroded.”

Geologic history aside, Pilot Mountain is a primo spot to stretch your legs and breathe some fresh air, only an hour and 40 minutes from Charlotte. Most visitors hike around the pinnacle on the ¾-mile Jomeokee Loop—a solid option for first-timers. If you want to break a sweat, tack on the two-mile Ledge Springs Trail, which adds a 3,000-foot elevation change.

These trails can get crowded on weekends, so if it’s solitude you seek, you’ll find it in the park’s southern section. “Most people don’t know that half the park’s acreage is six miles down the road from the pinnacle,” Windsor says. A horseback and hiking trail connects the two sections, but if you’re driving, take Highway 52 South to the next exit, then follow the signs to Horne Creek Farm. The park entrance is a half-mile past the entrance to the farm.

Here, on the 2½-mile Horne Creek Trail, the only sounds are creaking branches overhead, crunching leaves underfoot, and the occasional rooster crowing from a nearby farm. You’ll soon cross Horne Creek, then the Yadkin Valley Railroad (it’s active, so proceed with caution), eventually landing on the banks of the wide and shallow Yadkin River at one of its most scenic spots. Take a moment to gaze upon its peaceful, flowing waters, and then keep walking. Soon, a trail sign will direct you to look across the river at a bald eagle nest in the trees. From February to April, look closer: It’s nesting season.

About a mile past that, take the turnoff to the gravel road that returns you to the patch of grass where you parked. From here, it’s a half-hour drive to Mount Airy, better known as Mayberry, where you’ll find a filling, post-hike lunch: a pork chop sandwich that’s battered and fried to tender perfection at Snappy Lunch, the only actual Mount Airy business ever mentioned on The Andy Griffith Show. The restaurant, with its sizzling griddle on display through a window fronting Main Street, sits next to City Barber Shop—the inspiration for Floyd’s—delivering a one-two punch of classic Americana.

Hit the shops on Main Street to pick up a seasoned cast-iron skillet or used Earl Scruggs record. After browsing, hit the Historic Earle Theatre, whose walls double as the Old-Time Music Heritage Hall, with photos and artifacts honoring local musicians who shaped the fiddle- and banjo-backed style.

Every Saturday between 11 a.m. and 1:30 p.m., the Earle hosts WPAQ’s Merry-Go-Round, the nation’s second longest-running live music radio show, eclipsed only by the Grand Ole Opry. Local on-air personalities such as Kelly Epperson queue up commercial breaks and old-time musicians perform the kind of music that brings Appalachian flatfoot dancers to their feet (there are usually a few in the crowd). Like Prairie Home Companion but 100 percent Southern-fried.

Alison Miller is a freelance writer based in Charlotte. Email her at alisonlynmiller@gmail.com or follow her on Instagram: @runofthemillers.

This article appears in the January 2017 issue of Charlotte magazine.
Categories: In Print, Travel
Contest of the Month