What I Learned from Sitting Still and Shutting Up

Lessons from a silent meditation retreat

For the next minute, focus on the present moment.

On sounds and smells, on feelings that come and go.

Be fully where and when you are.

How’d you do? If you’re like most of us, pretty badly. It’s not our fault—our brains crave distraction. We jump from thought to thought, regret to anxiety, like kids who jump from the couch to the table to the chair because the floor is lava. As adults, our lava is the present moment. It’s the only real thing we have—the past is over; the future hasn’t happened—yet we pay little attention to that space in between.

I wanted to hang out in the lava. In March, I attended a silent meditation retreat with Insight Meditation Community of Charlotte. The retreat would be held in the 2,600-year-old Buddhist tradition of noble silence, which in 2019 looks like this: no talking, no eye contact, no phones or computers, no reading or writing. Four days of just meditation, yoga, and mindfulness. The idea both terrified and excited me.

For five years, I’ve practiced insight meditation—also called Vipassana meditation—which originated in Theravada Buddhism. I began to meditate to ease my insomnia—a Western, á la carte approach to an Eastern, holistic practice. Much like we can’t lose weight in just one spot, we can’t meditate for symptomatic relief. It’s all-in. Day by day, meditation trains us to see the present moment honestly and compassionately. This simple act is counterintuitive, however: We want to push away the bad and cling to the good, even if the pushing and pulling makes us miserable. “Positive vibes only!” has become the battle cry of the repressed. Meditation trains us to make peace with the present moment, and it’s changed how I see myself and the world (both more kindly). And hey, I sleep better, too.

My practice had grown inconsistent, and I hoped a retreat—with up to six-and-a-half hours of meditation each day—would renew my commitment to it, and to me. I wanted to take a break from my routine and the incessant noise of news and social media to answer the question: Who am I when it’s just me?

FRIDAY AFTERNOON, I arrived at St. Francis Springs Prayer Center, 30 miles north of Greensboro. I checked into a room in a cabin tucked into trees and switched off my phone.

As my mind grappled with lack of stimuli that first day, I tried to feel curiosity and not frustration with the process. Retreat leaders told us to watch what the mind does and notice how the body responds. My mind went 10 places simultaneously, and my body responded with exhaustion. By the day’s final 9 p.m. bell, I slogged back to my cabin to faceplant into bed. 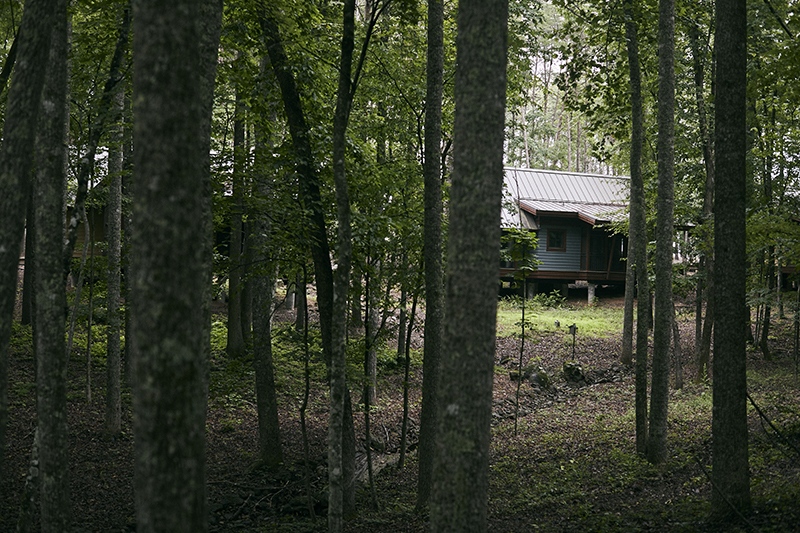 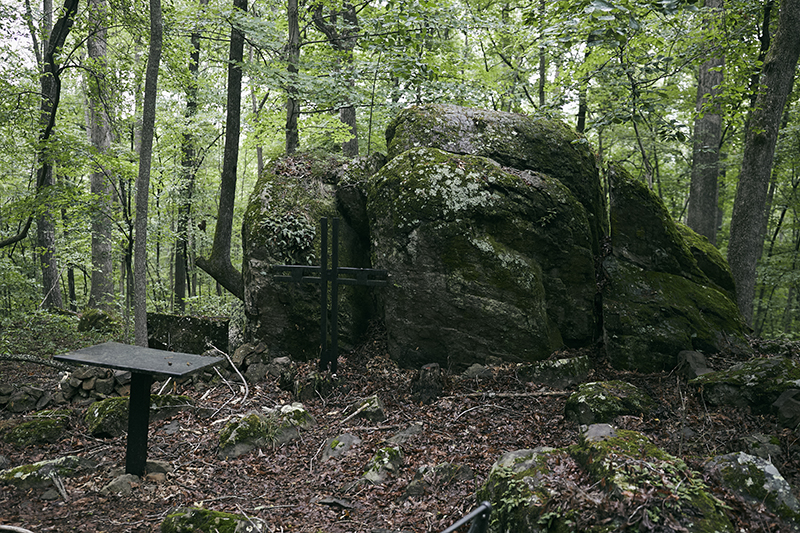 Day two began hopefully; my mind began to settle. Then during a late-morning meditation, a backache grew into screaming pain. It felt like meat hooks shoved into my shoulder blades. I’d heard about the physical pain of meditation retreats, but surely the warnings weren’t intended for someone as (relatively) young and (somewhat) in shape as myself. Nope. I peeked at an elderly woman near me, meditating through the hours with the serenity of Buddha.

That day, I meditated on a cushion, on a chair, standing, no matter. Intense pain. During the next morning’s question period—our brief chance to break silence—I asked the retreat leaders how to overcome back pain so I could return to meditating. They reminded me that meditation meant attending to the present moment, and back pain was my present moment. Wishing pain away only makes it stronger, so I needed to sit in compassion with my pain.

I hated this answer. I regretted this retreat. I was spending four days away from home to sit in silent agony, and the best advice I got for my pain was to feel more of it.

Later that morning, I spotted my name on a folded Post-it, stuck to a whiteboard outside the meditation hall. In it was an unsigned note: “Breathe into your pain.” A tear fell from my eye so quickly it hit the floor. This wasn’t about my back.

BACK IN CHARLOTTE, someone I love is sick. My mother-in-law, who’s been a second mom to me for more than 20 years, has Stage IV lung cancer. Ever since I began dating her son, she’s kept a chair for me at family dinners and as many presents under the Christmas tree for me as for her children, so I always have a turn to open one, too. She asks about my work and my garden, she reads my stories, and she brings gifts to her granddogs. She shows up, in every way.

Until I held that Post-it, I didn’t realize how off-limits her cancer had become during my meditation. I felt ashamed to realize that this retreat was partly a distraction; communing with the universal seemed safer than feeling the sadness close to home. Going on a retreat to dodge feelings, I learned, is like doing a marathon to avoid running.

A bell signaled the next meditation. I sat in the back row and decided to breathe into my pain, all of it. Opening myself to the present moment—the scary, unfair present moment—felt like stepping off a cliff. I allowed myself to be scared and angry. (Wishing pain away only makes it stronger.) My chest tightened and breaths became shallow. (Notice how the body responds.) Yet still, I inhaled.

Something transformed. Beneath the fear was love. Soon I felt that more than fear. And I couldn’t feel love for my mother-in-law without feeling love for my other in-laws, who pull together for rides to doctors’ appointments and who focus on celebrations more than oncology. I smiled when I thought of our mismatched potluck dinners that lovingly feed the carnivores, vegetarians, and carb-averse around the table. The sadness of her sickness was tied to the joy of connection, and protecting myself from the former meant denying myself the latter. The question that led me here—Who am I when it’s just me?—was the wrong one. It’s never just me.

The bell rang, and I wondered when my back had stopped hurting.

Later that day, I began to linger in the present moment as easily as floating in a pool. Without distractions, my mind focused; with vulnerability, it calmed. My mind didn’t exude happiness, exactly, but peace; not relaxation, but clarity. Even after the final 9 p.m. bell, I continued to meditate. At 5:30 a.m., I woke early to meditate again.

When the retreat’s final bell rang, my tears surprised me. I could handle lava. I could breathe into pain and exhale gratitude. I could find peace in silence, connection in solitude. Feeling my present moment—all of it—showed me how much I miss when I look ahead, look back, or look elsewhere.

When I came home, friends asked if it was hard to give up my phone for four days. No. The hard part, I told them, was turning it back on.

Jen Tota McGivney is a writer in Charlotte. Reach her at jennifer.mcgivney@gmail.com or via Twitter, @jen_mcgivney.

This article appears in the August 2019 issue of Charlotte magazine.
Categories: In Print, The Buzz