5 Ways Berries Can Improve Your Health

SCIENTIST Mary Ann Lila is internationally known for her work with berries. As director of N.C. State’s Plants for Human Health Institute at the North Carolina Research Campus in Kannapolis, she’s involved in projects with the National Institutes of Health, the U.S. Army, and NASA. She and her colleagues at the institute have been working to decipher blueberry DNA sequencing, so they can learn how to breed a superhealthy superfood. Here, Lila explains five ways berries can boost your health.

Lose weight
Berries can help you lose weight by curbing your appetite and making you feel fuller. “No, not if the only berries that you eat are baked into a sugary pie or muffin,” Lila warns. However, if you use them in a smoothie, put them on cereal, or add some to salads as part of a varied diet, you’ll be less hungry.

Improve memory
Research indicates that eating blueberries can slow age-related memory loss. In animal studies, blueberries have even been shown to restore some cognitive function after losses occurred. Ongoing, unpublished research conducted by one of Lila’s colleagues at the North Carolina Research Campus shows promising improvements in the cognitive function of people who eat berries.

Fight viruses
When you eat berries, they weaken viruses and prevent them from multiplying.

Burn fat
People who are physically active can derive more healthy chemicals, known as phytoactives, from berries. These compounds circulate more in the blood of active people. “Athletes who eat berries prior to, during, and even just after exercise can experience higher rates of fat burning and better recovery,” Lila says.

Control blood sugar
Many Type 2 diabetics avoid berries, mistakenly believing they’re too high in sugar. “Instead, the truth is that berries, although naturally sweet, actually help to reduce blood glucose levels, in some cases more than pharmaceutical drugs specifically prescribed for diabetics,” Lila says. Fresh or frozen berries are great options, but sweetened, dried berries are not. They’ve had their health-promoting seeds removed and sugar added to keep them soft.

48.5 million pounds of blueberries produced in the state annually
$72.1 million in farm income generated by the blueberry industry in 2014
6,400 acres of blueberries harvested in North Carolina in 2014 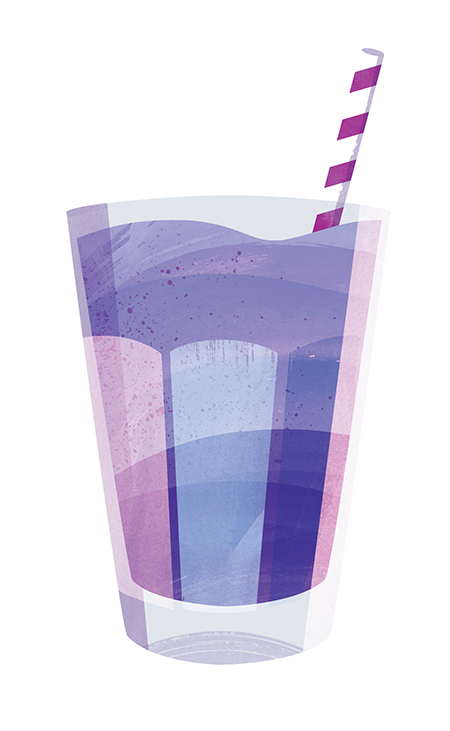 Add everything to a blender and blend on high, until smooth.

What’s the best berry?
Lila says all berries are good for you, but blueberries, cranberries, and lingonberries (which are in the same plant family as the first two) have the most health benefits.

This article appears in the June 2016 issue of Charlotte magazine.