Some delight purists. Others proudly subvert the standard

A true, Whiz-or-provolone, wit-or-widout Philly cheesesteak is difficult to find in Charlotte. Any native of the Philadelphia tri-state area, which includes parts of New Jersey and Delaware, can tell you that. But Charlotte is home to some fantastic variations. (As you’ll see below, a few spots get it done the authentic Philly way.) This is not a comprehensive list, but it reflects some of the variety. If one of your favorites isn’t here, let us know.

The Stanley’s Cheesesteak
1961 E. 7th St.
Paul Verica debuted his cheesesteak at the pop-up version of his restaurant The Stanley on a Saturday in April—and sold 120 sandwiches in two hours. Verica knows what he’s doing. The Philadelphia native made the supersized sandwiches exactly the way he eats them at home: with thin slices of beefsteak, caramelized onions, and white American cheese stuffed into Amoroso’s rolls shipped from the City of Brotherly Love. They were such a hit that Verica offers them on the Stanley’s brunch menu—but only when he can get the rolls delivered. Anything else would disrespect Philly’s culinary masterpiece. Follow @_thestanley_ to find out when you can get your next fix.

Clover Joe’s Cheesesteak
124 Brevard Ct.
Even some skeptics point to this table-free shop at Latta Arcade in uptown as purveyor of one of the city’s best cheesesteaks. A top pick from its “Famous Favorites” menu, this sandwich comes with or without peppers and onions on an 8-inch toasted Italian roll. 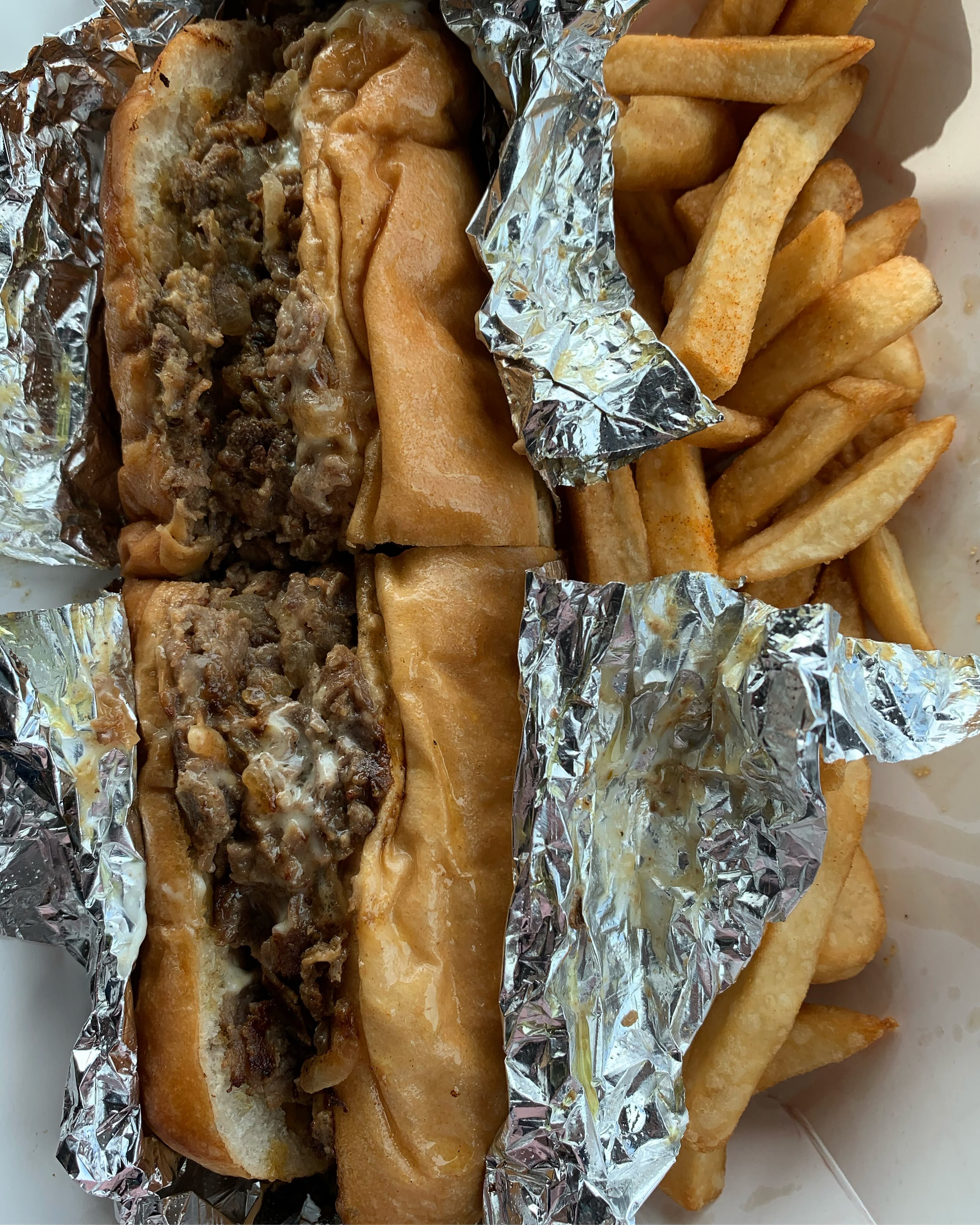 NoDa Market & Deli
1721 N Davidson St.
NoDa Market & Deli re-emerged in August after a three-year absence. Fans seemed most excited about the return of its fully loaded cheesesteak, with green and banana peppers, mushrooms, White American cheese, mayo, lettuce, tomato, caramelized onions, and jalapeños. The shop serves it on tinfoil inside a styrofoam container, both bellwethers of takeout authenticity.

Brewers at 4001 Yancey
4001-A, Yancey Road
Here’s one for those open to the nontraditional: the Victory Cheesesteak. The secret to this one: the cheese sauce smothering the steak is infused with Prima Pils, the German-style pilsner produced by Victory Brewing Company.

House of Pizza
3640 Central Ave.
Here’s a spot with a cult following. Solicit recommendations on social media, and this one brings a flood of co-signs. It lives up to the hype, and don’t let the name deter you. This one comes with tender steak, mayo, provolone, mushrooms, onions, and peppers. 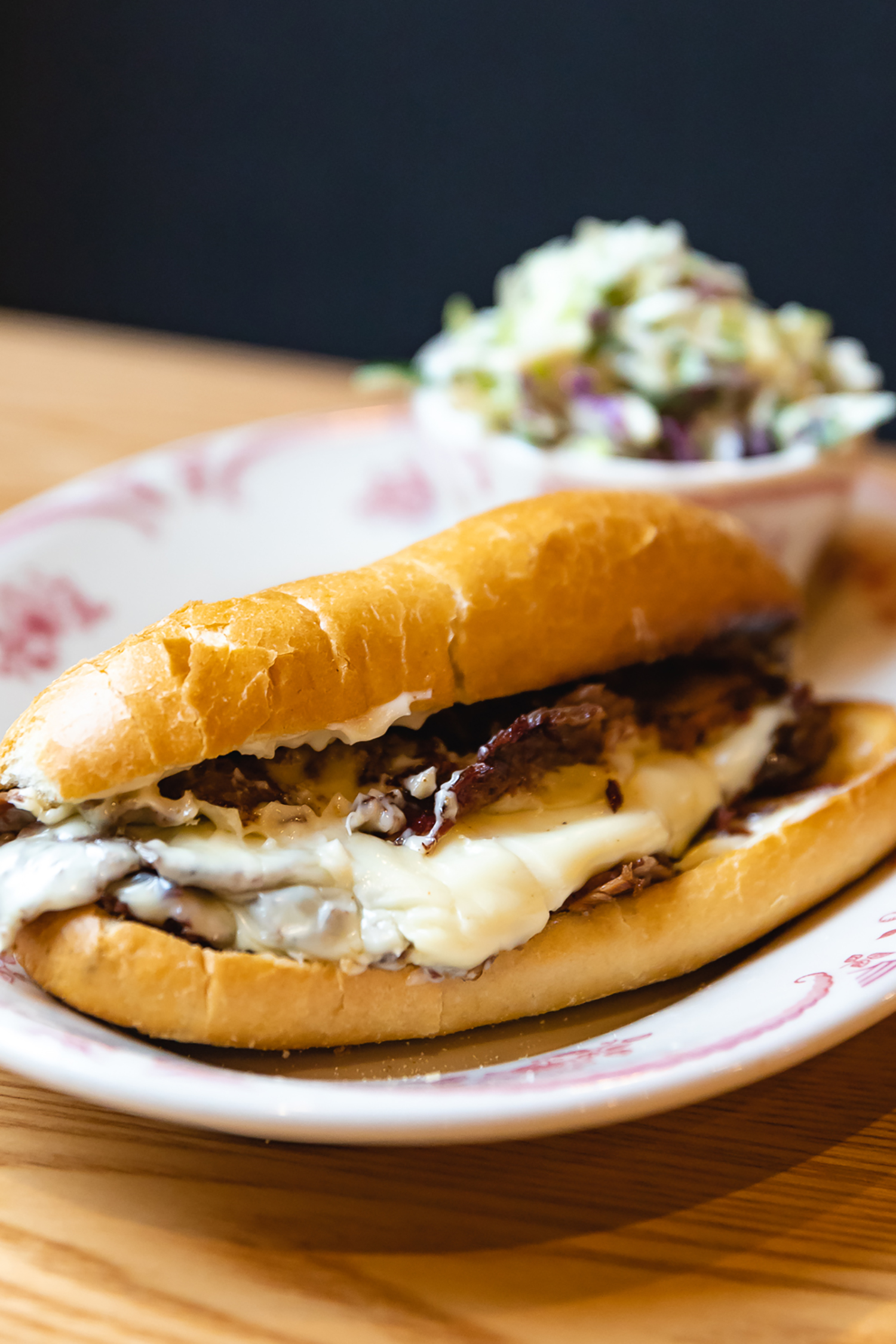 Cheat’s Cheesesteak Parlor
Pop-up (for now)
Like Verica, this pop-up uses Amoroso’s roll, but this concept distinguishes itself with its use of Cheez Whiz (which is coveted by certain purists). Owners recently shared that a brick-and-mortar is coming to the Plaza Midwood area in the spring.